Don’t worry, this USA basketball team will roll to gold

Even without LeBron or Steph, the United States will be favored at Rio Olympics

USA Basketball’s greatest ride came from Michael Jordan, Magic Johnson and “The Dream Team” during the 1992 Barcelona Olympics. During the 2008 Beijing Olympics, LeBron James and Kobe Bryant were the stars of “The Redeem Team” that captured a gold medal after the U.S. team failed to win one in its previous appearance.

But fans were underwhelmed when USA Basketball announced its 12-man roster for the Rio Olympics on Monday, a list without James, Bryant or Stephen Curry. Could this version become “The Scream Team”?

The average age of USA’s 12-player roster will be 26.8 years by the end of the Rio Olympics. Only Anthony and Durant have Olympic experience. This is far from the sexiest team to wear red, white and blue. But that doesn’t mean these Americans aren’t great.

“Looking at this team, our overall balance is what strikes me,” USA Basketball coach Mike Krzyzewski said in a statement. “We have lightning-quick guards who can score as well as distribute the basketball. We have great shooters and explosive scorers, we’re big and athletic, and I think we’ll really be able to defend.”

“Team USA will be extremely motivated with a bunch of young guys ready to bring back the gold,” Green told The Undefeated.

And despite the lackluster reception, it’s worth noting that this team would have a tougher time against the hapless Philadelphia 76ers than most of its early Olympic foes.

Group A includes the United States, China, Australia and Venezuela. Australia’s roster could include such NBA players as recently injured Andrew Bogut, Aron Baynes, Matthew Dellavedova and Patty Mills, but it won’t have Dante Exum or Ben Simmons, the NBA’s No. 1 draft pick. China has no NBA player on its roster. Neither does Venezuela. The U.S. team will waltz to the playoff rounds.

Group B is much stronger and those teams will beat each other up in preliminary play. Spain will have Pau Gasol and possibly Marc Gasol, who had NBA season-ending foot surgery in February and hasn’t been medically cleared to play, as well as a few other current and ex-NBA players. But with Cousins and Jordan, USA has the needed size to counter the Gasol brothers. Lithuania will have a handful of NBA players, too, but no All-Stars. Argentina and Manu Ginobili, 38, are too old to compete like they used to. Brazil will have the home crowd and some NBA players, but is not good enough to win gold, either. Nigeria? Ask again in eight years. Three more teams will qualify in early July, but they’re unlikely to pose much of a threat to the United States, either.

While Team USA is much younger and inexperienced than in the past, they’re playing against countries that, outside of Spain, could all lose to D-League champion Sioux Falls. Barnes, assumed to be the 12th man on the USA Basketball roster, could be the best player for every other country but Spain.

“I love our depth, which is another indication of the depth of talent our national team program is blessed with,” USA Basketball executive director Jerry Colangelo said in a statement. “We’ve got a great mix of talent, scorers, past gold medal winners and outstanding youth.” 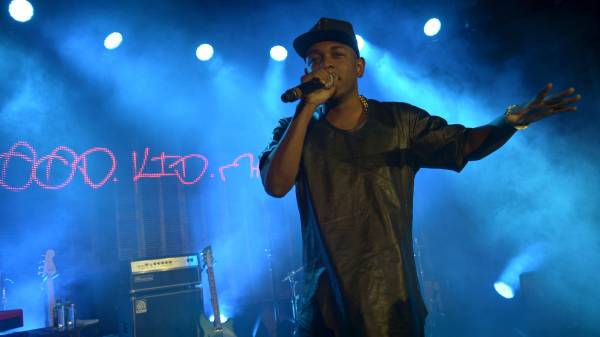 Of course, anything can happen in a 40-minute Olympic game. Don’t forget when Greece beat the United States in the 2006 World Championships. But a USA squad bitter over a lack of respect from basketball fans will be more motivated to pummel the rest of the world.

And Team USA is loaded with mammoth-size, all-around skill, shooters and lots of dudes with chips on their shoulders who are happy to be given the opportunity. By the time Durant, Green, Cousins, Lowry, Jordan and their fellow American hoop stars have gold medals draped around their necks, expect the talk to be focused on how big a gap there now is with the rest of the world. “The Scream Team” will be aptly named for the pain it inflicts on the rest of the basketball world.

This story has been corrected. It originally stated the USA team was beaten by Greece in the 2004 Athens Olympics.