Early-round selection of Darius Leonard and Brandon Parker proves it

Since the debut of former North Carolina A&T running back and current Chicago Bears standout Tarik Cohen, interest in historically black college prospects is on the rise. With that kind of interest it might not be long until we see another golden age of HBCU NFL talent.

In this year’s NFL draft, former South Carolina State linebacker Darius Leonard was selected in the second round by the Indianapolis Colts with the No. 36th pick overall. That makes the two-time Mid-Eastern Athletic Conference (MEAC) defensive player of the year and the Bulldogs’ all-time leader in tackles, one of the highest HBCU prospects taken in recent history.

Latest from our HBCUs

“If you are a ballplayer, they can find you,” said Leonard. “Just because you didn’t go to a big-time school like Clemson, Carolina or Alabama, you still can get picked high in the draft if you are doing all the right things and if you got that right tape, you can still be a great ball player.”

Leonard believes his speed, athleticism and intelligence about the game can help get him on the field in Indianapolis early. However, it’s his work ethic and ubiquitous “chip on his shoulder” that could turn Leonard into a standout performer for the Colts.

“You have to make the best of your opportunity to stand out. I wanted to go to Clemson, and with them not offering, I had a big chip on my shoulder,” said Leonard. “I think personally I work harder than anybody in the NFL draft because in my head I want to be the best.”

One of his HBCU colleagues, N.C. A&T offensive lineman Brandon Parker, a two-time MEAC Offensive Lineman of the Year award winner and a first-team All-American at N.C. A&T, was selected by the Oakland Raiders in the third round with the 65th pick overall and has a chip of his own.

“The thing that is going to really get me going is that I’ve always kind of played the underdog role,” said Parker. “And I think that the fact that a lot of people still don’t agree with myself and [Leonard’s] pick being so high … it’s just going to be like, OK now, I still got more people to prove wrong, let’s go! “

Parker is confident he can bring a toughness and a will to work that can help benefit his new team.

“Toughness and a will to work goes a long way. Obviously there is going to be a lot of banging around for the initial adjustment period and it’s going to be a lot to learn as far as schemes and learning the ropes as a rookie,” said Parker. “The best thing you can do is bring a positive attitude and come to work hard every single day.” 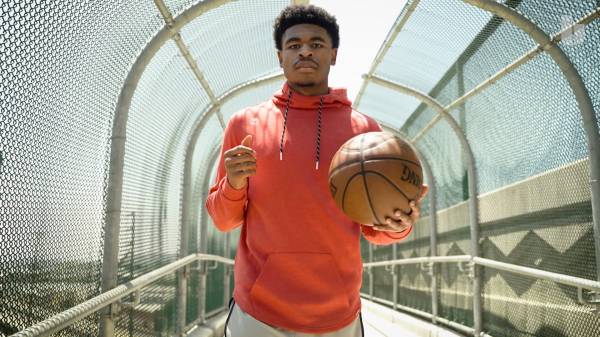 Whether it was Leonard being inspired by his brother, former NFL player and Clemson Tigers standout Anthony Waters, to become the best player he could possibly be, or Parker, who was inspired by his father to never be discouraged and trust God’s plan, it seems evident that NFL teams are paying attention to HBCU talent.

“I think myself and [Leonard] realize just how big this is from just how high we went,” said Parker. “Not only does that kind of motivate us, but it makes us the leaders and puts us at the forefront of what HBCU players can do.”

Others HBCU players who weren’t selected but signed free-agent contracts include three Grambling players: Martez Carter agreed to a free-agent deal with the Washington Redskins, Montrel Meander signed with the Cleveland Browns and Trent Scott with the Los Angeles Chargers.