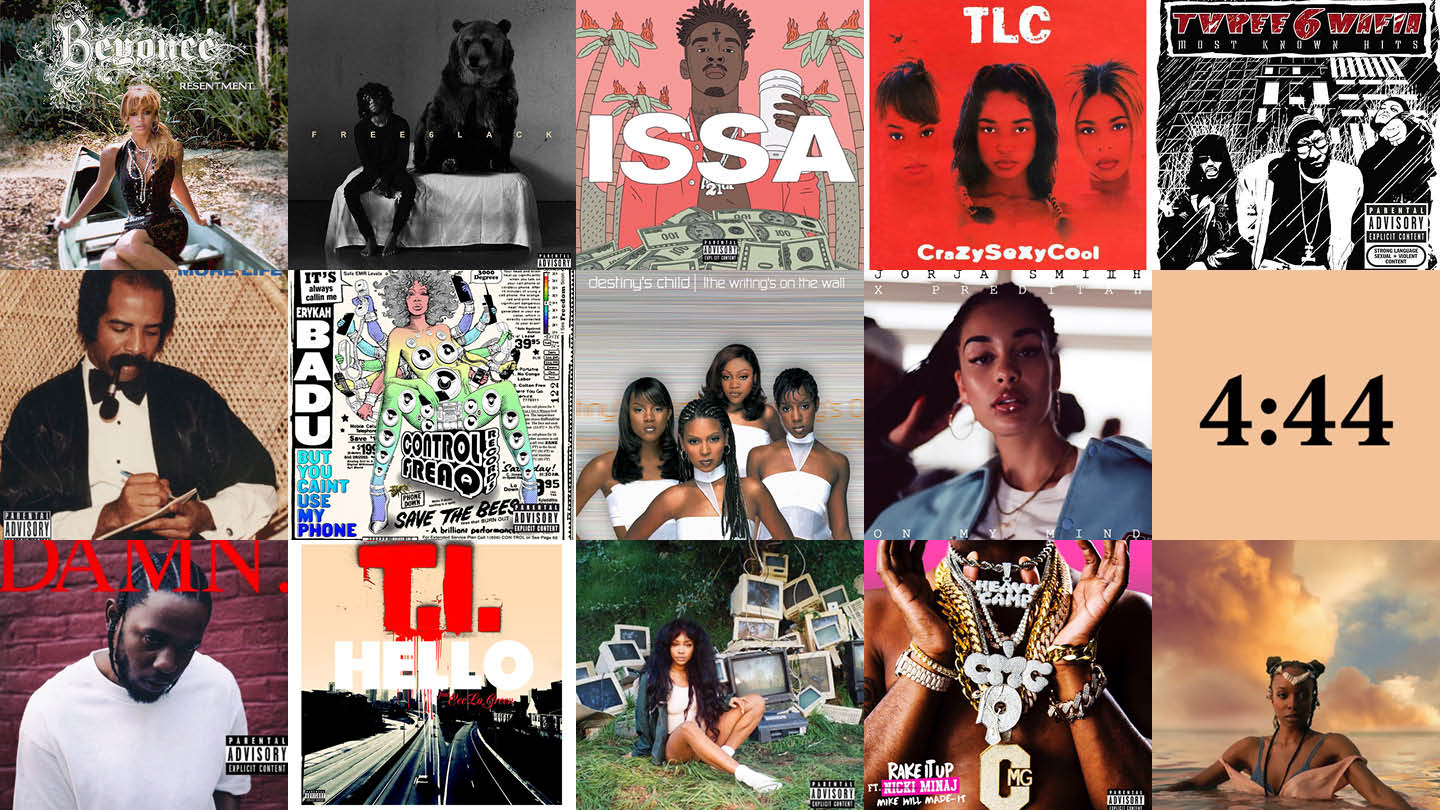 Every show has a budget. So realistically, there are only so many songs one show can feature, no matter how lit its musical direction. The following songs — from Three 6 Mafia, 6lack, H.E.R., Beyoncé, Daniel Caesar, SZA, Lil Uzi Vert and more — represent our own unofficial Insecure season two soundtrack. You know, since Issa Rae already released the official one. And don’t let the byline fool you: This was a family affair. The Undefeated’s own Breana Jones and our first cousin Jasmine Alexander, producer extraordinaire on SC6, helped bring this to life. Hit us up and let us know what makes your cut.

“When best friends become lovers” is such a beautiful Hollywood rom-com premise. But what about when best friends have an affair? Which is exactly what we have with Molly and Dro — hooking up in bathrooms during dinner parties, and whatnot.

From Bre: “ ‘Confessions’ is the most underrated cheating song in existence.” She might be right.

The most predictable song for season two’s most explosive episode. Pun absolutely intended. Not to mention, Juicy J’s still cashing checks for a song he wrote when he was a junior in high school:

Tasha gave him every piece of her mind. Then came the grocery store double dip that, as it turned out, wasn’t all the flicks make it out to be. Then we see Lawrence parked outside Issa’s crib questioning the meaning of everything. I think about the good ol’ days and wanna visit you/ This song I like to listen to whenever reminiscin’ you/ You, stay on my mind, never mind how I picture/ Think about the past and all the time that I spent with you. I’m pretty sure he played this on the ride home.

The song is about Bey dealing with the emotional impact of her man’s infidelity. And, despite what Lawrence was or wasn’t doing, it’s Issa who cheated on him. Yet, it’s not difficult to imagine Issa having a moment listening to this after trashing her apartment following the argument with Lawrence outside the restaurant (and learning her rent was increasing). I know she was attractive … but I was here first. Been riding with you for six years. Why did I deserve to be treated this way by you? And then following it up with, I gotta look at her in her eyes and see she’s had half of me. Close your eyes and you can almost see Issa drowning her sorrows drinking Rossi straight out the jug.

Basically, Insecure in a nutshell.

I’ve always said ItsRoutine sounds like Drake if Drake caught one of those colds you catch when you’re on airplanes a lot. You know, that cold. Regardless, this just feels like one of those records that would play during the end credits.

How this record didn’t get more burn is beyond me. Just a cold song that’s dope to ride out to, or run to. Plus, everyone on the show is lovesick in some way.

Unless I missed it, which is possible, I’m shocked 6lack’s melancholy hit wasn’t featured in this season. The vibe and message fit almost too perfectly. I’m assuming 6lack hopping on Future’s “Perkys Calling” beat has something to do with it.

A mood for whenever Issa, Molly, Kelli and Tiffany pull up on the spot.

Molly, whether she intended to or not, became “the weekend” to Dro’s wife, Candice, who, I’m assuming by this equation, is the “9-to-5.”

Or, in Insecure’s case, every Sunday and Monday morning. Just check Twitter.

A song about the fallout of a bad breakup. I’d say it applies.

Don’t switch on me, I got big plans/ We need to forward to the islands/ And get you gold, no spray tans/ I need you to stop runnin’ back to your ex/ He’s a wasteman / I wanna know, how come we can never slash and stay friends. Daniel, is that you?

I’ve long since convinced myself this is Kelli’s (Natasha Rothwell) theme song.

Between scenes, as the camera takes a panoramic view of Los Angeles, a standout from Kung Fu Kenny’s future Grammy-nominated narrative. At least, that’s how I see it in my head.

I finally found the wrong in you + Don’t want to feel you/ Don’t want you on my mind + Now I’m growing wise to your sugar-coated lies/ Nothing’s sweet about my misery, yeah. There are quite a few characters on this show these lines apply to, if we’re keeping it a buck.

Draco make you do the chicken head like Chingy. Issa Rae loves trap music. I don’t know her personally, but I feel confident in putting my name on that statement.

There’s been a lot of that going on this season.

I’ll f— up a good thing if you let me … **Issa, Lawrence and Molly all point at each other upon said lyric**

This song makes it because every now and then on social media one of those magical, unforgettable, you-had-to-be-there moments happens that everyone talks about it. Insecure’s had a few of those this season.

Refer to the 21 Savage entry for reasoning. One of my favorite Migos records deserved some sort of placement because, if for no other reason, Offset flexed on this track something serious.

Poor Lionel (Sterling K. Brown). It had to have been a long drive home with this song after Dro straight scooped and scored with Molly right in front of his face. You never mention having kids on the first brunch date before even finishing the first mimosa, bro. One of the most underrated party fouls of the entire season.

Listen to the lyrics. How crazy would it be if Daniel produced this song with the intention of Lawrence hearing it?

This, too, is definitely a record that plays at the end of an episode.

I am a reflection of all of your insecurities …