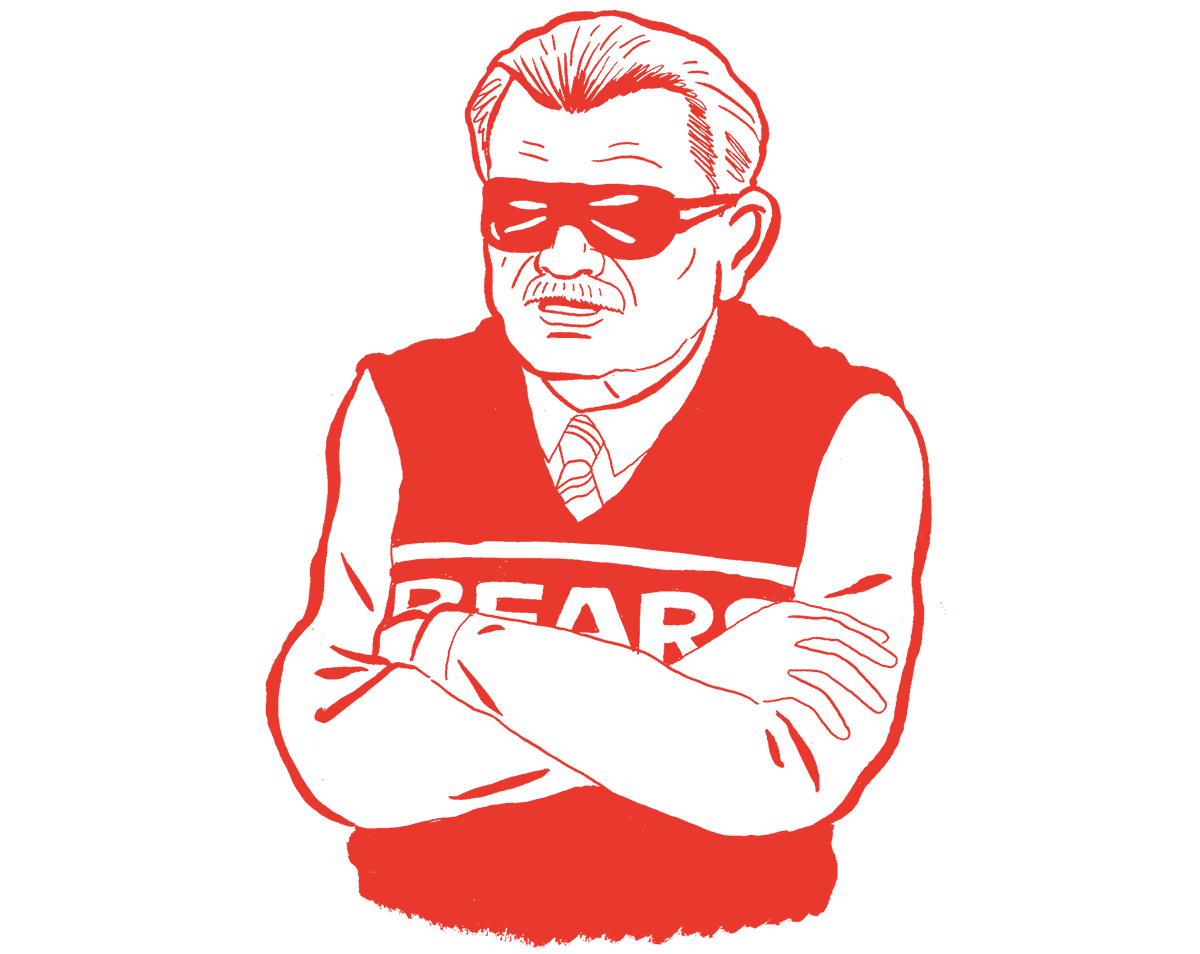 Miami Dolphins offensive line coach Chris Foerster — a wild boy — recorded himself snorting multiple lines of white powder off his desk, telling a woman who is not his wife, “I miss you a lot” and that he wishes he could snort the white powder with her but “you have to keep that baby,” and letting the woman, a Las Vegas model, know he wishes he could lick the white powder off her private parts. A Texas official who last month referred to two black prosecutors as “a couple of n—–s” rescinded his resignation letter from Friday because, according to an assistant district attorney, “he is unstable.” Philadelphia 76ers center Joel Embiid earned a $148 million contract for 31 days of work in three years. Studio executive Harvey Weinstein begged his Hollywood friends to “send a letter … backing me, getting me the help and time away I need, and also stating your opposition to the board firing me” before he was eventually fired by the board of The Weinstein Company. The vice president of diversity and inclusion at Apple, which took four years to make black emojis, said that “there can be 12 white, blue-eyed blond men in a room and they’re going to be diverse too.” Former NFL head coach Mike Ditka, who is 77 years old and not a reader of books, said that “there has been no oppression in the last 100 years that I know of.” 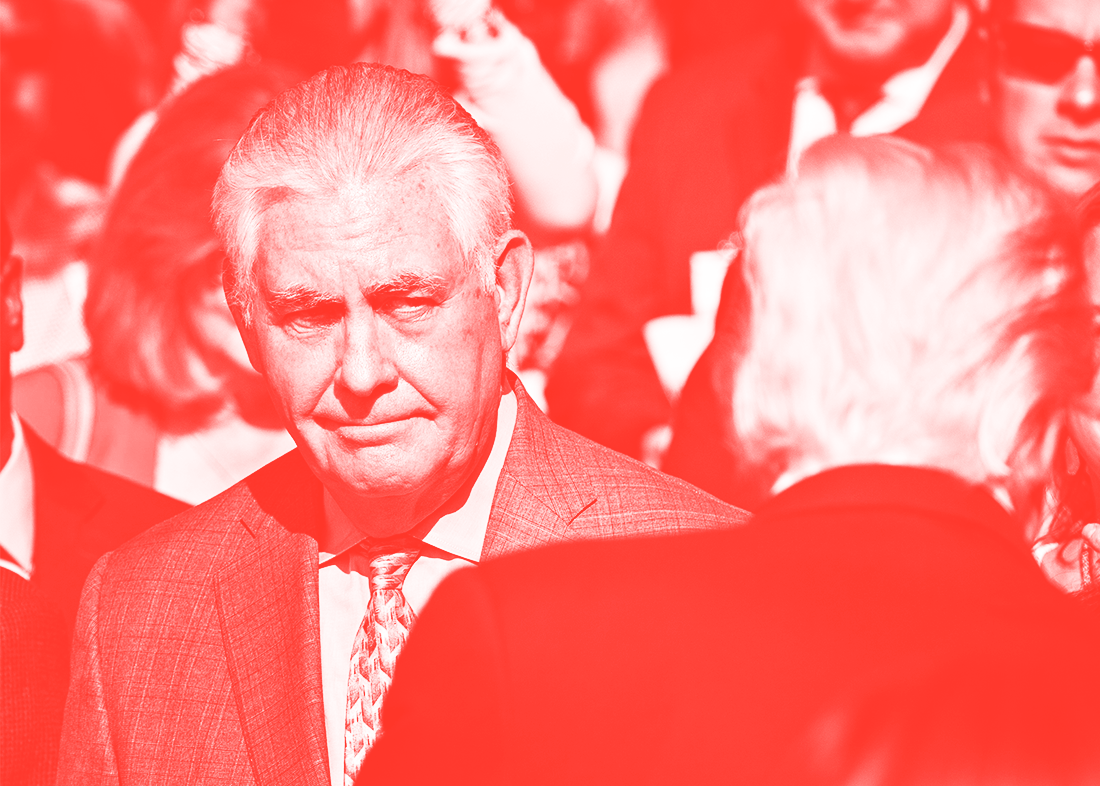 Former NFL receiver Steve Smith Sr., making clear that he respects “my elders,” told Ditka to “go sit ur dumb a$$ down somewhere.” President Donald Trump, known tax expert, threatened to “change tax law” for the NFL despite the league dropping its tax-exempt status two years ago. The president also challenged Secretary of State Rex Tillerson to an IQ contest. A Texas high school, still not quite getting it, will change its name from Robert E. Lee High School to Legacy of Educational Excellence High School, or LEE High School. In news that will affect absolutely no one because surely no one visits that site, hackers have attempted to spread malware through adult site Pornhub. The Colorado Springs, Colorado, police used a robot to blow a hole in the house of a man who had fired a gun in response to a 13-year-old boy … breaking a tree branch. Fox News host Sean Hannity, who welcomed former Fox News host Bill O’Reilly on his show two weeks ago, called out liberals for their “massive, inexcusable hypocrisy” in light of the sexual harassment allegations against Weinstein, a longtime Democratic donor. Complex Media, reinventing the wheel, gave former adult entertainer Mia Khalifa and former gun-toting NBA player Gilbert Arenas an online sports talk show. Media mogul Oprah Winfrey, laughing at us poors, once deposited a $2 million check at a bank just to do it. 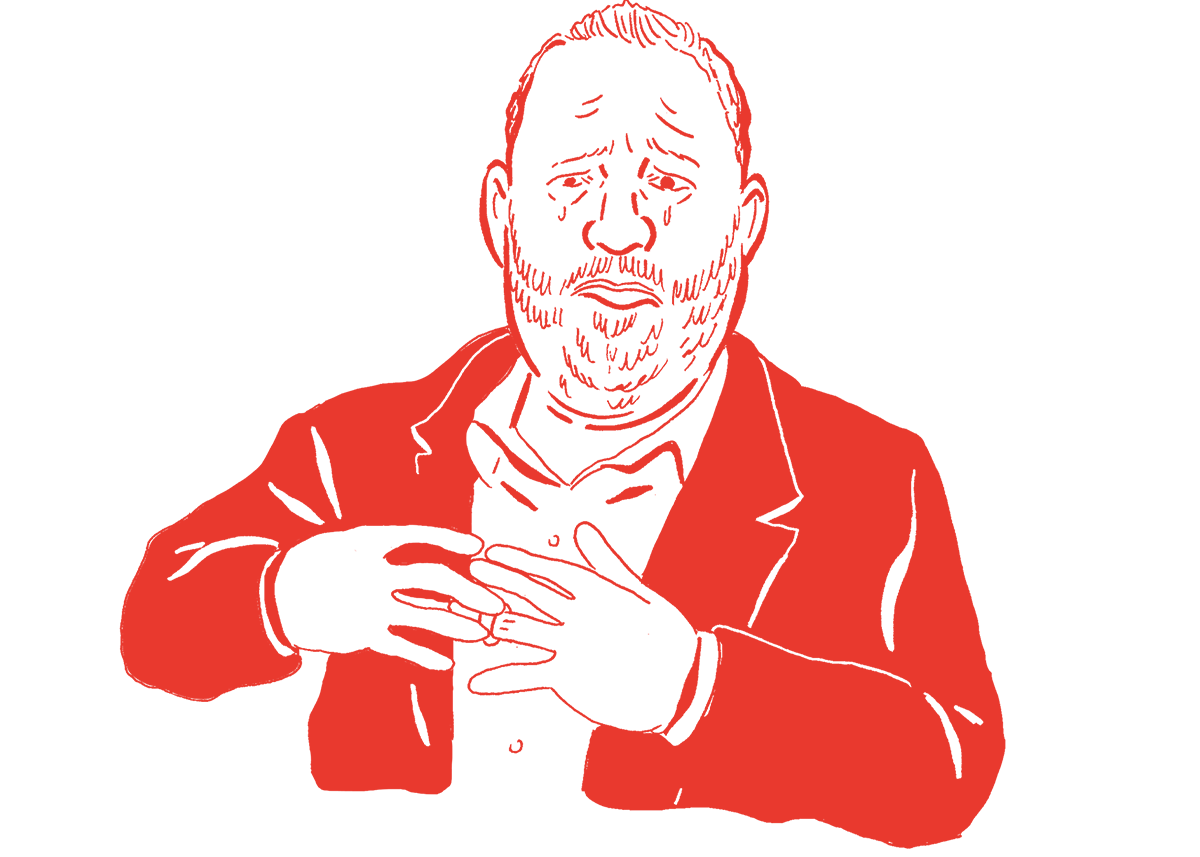 Oklahoma City Thunder forward Carmelo Anthony yells, “Get the f— out of here” when he grabs rebounds. Fans of hip-hop artist Eminem, known for controversial lyrics depicting rape, substance abuse, domestic violence and anti-gay slurs, have finally had it with the rapper after he dissed Trump during a BET rap cypher. New Boston Celtics guard Kyrie Irving, who will be in for a rude awakening after his first bad game in the city, said moving to Boston is “playing in a real, live sports city.” Weinstein, currently accused of sexually harassing or assaulting over a dozen women over the past 30 years, is somehow “profoundly devastated” that his wife of 10 years announced she is leaving him. Dallas Cowboys players, drawing a line in the sand, played Eminem’s freestyle rap, in which he calls Trump a “b—-,” and rapper YG’s “FDT,” an acronym for “F— Donald Trump,” in the team locker room after a meeting with owner Jerry Jones regarding kneeling during the national anthem. Secretary of the Interior Ryan Zinke, working for an administration that approved the Dakota Access pipeline, invoked “native Indians” while arguing against the removal of Confederate monuments, saying that “when you try to erase history, what happens is you also erase how it happened and why it happened and the ability to learn from it.” 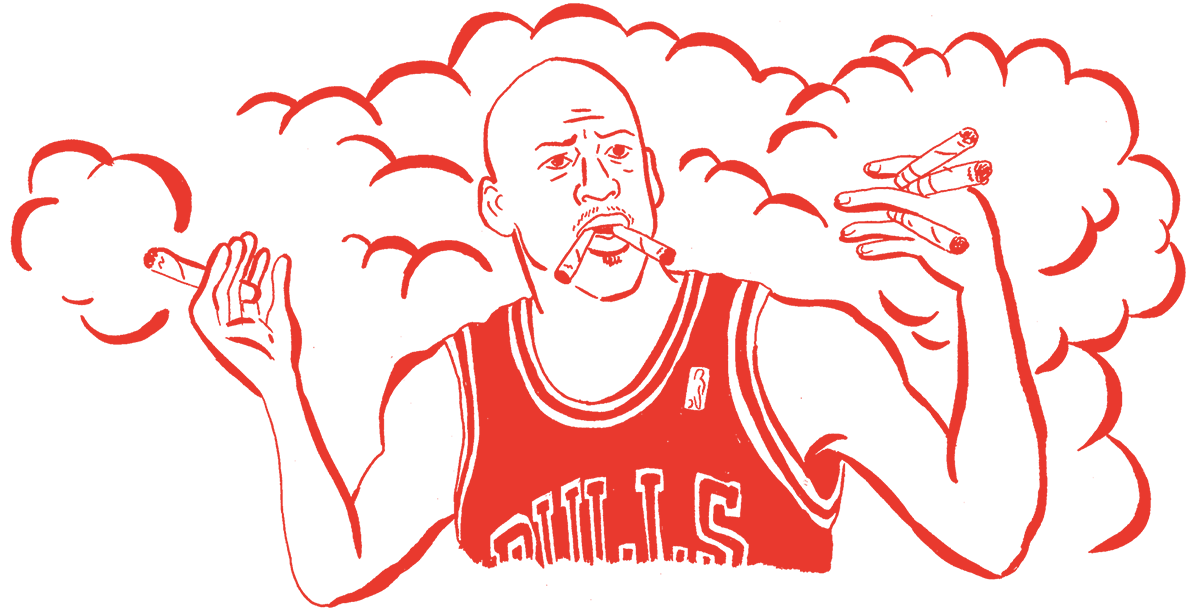 Oakland Raiders running back Marshawn Lynch said it would be an “unfair advantage” to play tennis against Serena Williams, and when asked if it was because Williams was pregnant, Lynch responded, “No, n—a, that it’s Serena Williams, m—–f—–.” Texas A&M, Jay-Z-level shooting out of its league, is interested in poaching head coach James Franklin from 6-0 Penn State. Michael “Thriller Eyes” Jordan says he smokes six cigars a day. Russian agents, who have apparently never heard of Grand Theft Auto, used Pokémon Go to “exploit racial tensions” in America ahead of the 2016 presidential election. Trump supporters Diamond and Silk responded to Eminem’s anti-Trump freestyle with their own, telling the rapper to “stop crying like a baby and a little b—-.” The owners of the home featured in Breaking Bad have erected a 6-foot-high fence because fans of the former AMC show keep throwing pizzas on their roof. Jane Skinner Goodell, the wife of NFL commissioner Roger Goodell and an apparent Kevin Durant fan, has been using an anonymous Twitter account on websites like NBC Sports and ESPN.com to defend her husband. The makers of adult films SpongeKnob SquareNuts and Strokémon announced plans to create an erotic spoof of popular adult cartoon Rick and Morty aptly called … well, you can guess. Rep. Jim Lucas (R-Indiana), an idiot, thinks journalists should be licensed like gun owners because “if I was as irresponsible with my handgun as the media has been with their keyboard, I’d probably be in jail.” 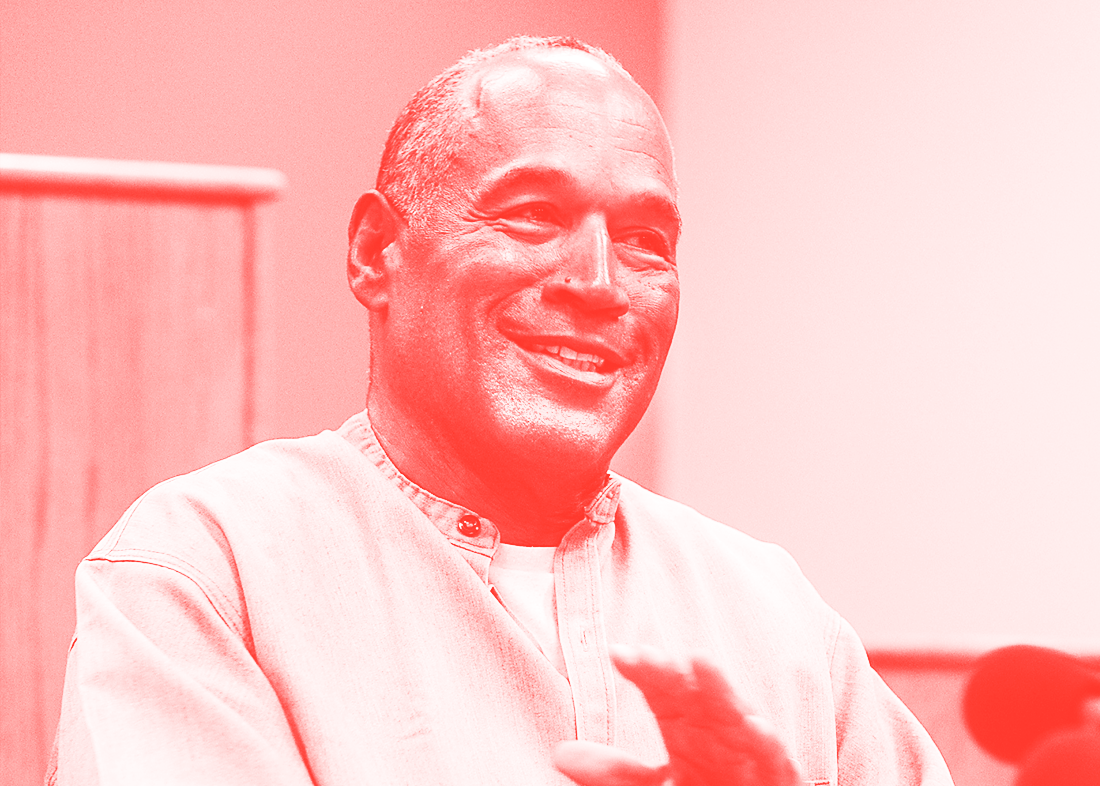 The Jacksonville Jaguars defensive backfield is deciding between “Alcatraz,” “Pick-fil-a” and “Jackson 5” for its new nickname. Online residential rental company Airbnb, an alternative to hotels, will open its own apartment building to be used for tenants to rent out their space, much like hotels. NFL Hall of Famer O.J. Simpson, fresh out, is already, ironically, doing memorabilia signings. New York Giants coach Ben McAdoo, leading a team that was 0-5 when it had the best receiver in the league, is somehow flummoxed that “there is nobody giving us a chance in hell to win” their next game. Jones, the Cowboys owner who told his players they were forbidden from kneeling during the anthem, said running back Ezekiel Elliott, accused of domestic violence, was not treated “in a fair way” after being suspended by the league. Hip-hop artist Waka Flocka Flame, who once said that if he could go back and finish high school he would study geometry, and is definitely black, said, “I’m damn sure not black. You’re not gonna call me black.”