Jerry Manuel has a solution for baseball’s lack of African-American players, and he wants to put the plan in motion before the next World Baseball Classic.

“I think there needs to be an African-American team, to get our culture reconnected to the game,” said Manuel, who managed the Chicago White Sox and the New York Mets. He currently serves as a consultant for Major League Baseball’s baseball and softball development department.

“I think we need to segregate and then come back and integrate,” Manuel said.

For all the talk about the historic matchup between two managers of color, this World Series underlines the extent to which baseball has lost its African-American talent pool. Boston has three African-American players and the Dodgers have two, only one of whom is on the World Series roster.

African-Americans, with a deep, rich legacy in baseball, are waiting for an opportunity to reconnect with the sport, but the sport hasn’t made it easy.

Manuel recalled the experience a few years ago when a little league team from Chicago, Jackie Robinson West, reached the Little League World Series and won the U.S. championship. Nearly 1.7 million viewers watched the Little League World Series — the highest ratings in years. The team’s success was a hopeful sign that baseball was making a comeback in the black community.

“I got more phone calls from guys I hadn’t heard from in 30 years,” Manuel recalled. “They were like, ‘Man, are you watching this?’ ”

Jackie Robinson West lost to South Korea, and the team was later stripped of its U.S. championship for having ineligible players on the roster. But for Manuel, a point was made. “That just gave me an inkling of what that would be like if our culture could celebrate like Puerto Rico celebrates, like the Dominicans celebrate, like Japan,” Manuel said.

Manuel’s proposal may sound drastic to some, but if Major League Baseball wants to re-establish its connection with talented young black athletes, it must show them that baseball is a viable alternative. In fact, baseball is the best alternative when all things are considered: wear and tear on the body, longevity and participating in a sport where athleticism will go a very long way.

“I just want our game to be better,” Manuel said. He said the talk about shortening the length of the game points to the sport’s underlying problem. It’s not too long — it’s dull. “When I grew up, I was praying for extra innings to watch a game,” Manuel said. “Now they’re saying the games are too long. Too long means that they’re boring.

“I want to see a guy go out there and do a backflip and say, ‘Hit it to me.’ I want to see that charisma, that excitement, that Rickey Henderson who got everybody nervous in the whole ballpark because he was on first base.”

The job of revitalizing the grassroots presence in general, and African-American participation in particular, has fallen to Tony Reagins, executive vice president of baseball and softball development. Reagins previously served as general manager for the Los Angeles Angels of Anaheim.

“My job is to start young and really grow it from the ground up,” Reagins said earlier this week. “That’s what I’m focused on doing: getting kids from all backgrounds to play our game, but specifically the African-American young person who has interest in playing.”

The goal is to put more elite talent in the pipeline for college and professional baseball careers.

Baseball has an opportunity. Last year, the Sports & Fitness Industry Association reported that baseball and softball participation ranked highest among team sports in the United States. Baseball participation increased by more than 7 percent.

There is a glut of black basketball players, and an increasing number of parents are determining that the brutal reality of football is not worth the risk.

“So you have little black kids who want to play baseball, but they don’t have anybody to relate to.”

Baseball is a better option, but the path is not as clear and can be costly because travel team baseball, specialized training and showcases have become an expensive cottage industry. Major League Baseball has attempted to remove cost as a barrier through several initiatives that Reagins oversees.

“Economics is always a challenge,” Reagins said. “There are some who can afford to play travel baseball, travel softball, and there are many who can’t. What we try to do is provide a vehicle where cost isn’t a factor.”

Major League Baseball offers several programs where cost is not a factor: equipment, travel, room and board, and meals are provided free of charge. “So the economic piece is not a barrier,” Reagins said.

The long-standing RBI (Reviving Baseball in Inner Cities) initiative, run out of baseball headquarters in New York, is now headed up by regional coordinators located in the Northwest, Southwest, West, Central, Midwest, Southeast, Northeast and Mid-Atlantic. Jackie Bradley Jr. of the Red Sox is an RBI alum.

“We’ve got to get down to where the SEC is,” Manuel said, referring to the Southeastern Conference, which covers Alabama, Florida, Georgia, Louisiana and Mississippi. “That’s the same soil that gave us Hank Aaron; it gave us Willie Mays, Ozzie Smith,” said Manuel.

“We’ve got to get down there where a large percentage of our people are. We’ve got to draw them to us. We have to gift them the opportunity to play our sport.”

Major League Baseball plans to open academies in the Southeast, in San Francisco and in the Bronx, New York.

The idea of each of these initiatives is to reduce costs that can price families out of baseball.

The Dodgers’ Andrew Toles is an example of a talented young black athlete who escaped the football-basketball vortex and found his way to Major League Baseball without a road map.

When Toles and I spoke before Game 2 of the World Series, he said it was his father who advised him to choose another sport. Alvin Toles played linebacker for the University of Tennessee and spent four seasons with the New Orleans Saints before a knee injury ended his career.

A young Andrew Toles started out as a running back and defensive back and found himself complaining that he was always getting injured. “My dad said that’s the kind of sport football is, and told me I might want to consider another sport,” he said.

At 5 feet, 9 inches tall, Toles felt he was too short for basketball and wasn’t interested in soccer. That left baseball.

He had no clue of where to begin, what road to travel. He played T-ball and organized baseball in the predominantly black park league near his home in Decatur, Georgia. “We didn’t know what we were doing,” he recalled. “We were just trying to out-athlete each other.”

At age 13, most of his friends stopped playing baseball as the game got harder. Toles continued through high school and then accepted a scholarship to the University of Tennessee. But he was dismissed from the team after his freshman season and transferred to Chipola College in Florida, where he was suspended for breaking team rules.

When I asked Toles about the repeated off-field issues, he said he was immature.

“I just did dumb stuff,” Toles said. “I would show up late, wasn’t serious. Little stuff that the other guys had, I didn’t have. I wasn’t focused. So I was released, kicked off the team, suspended. I was doing stuff that wasn’t on board with the team and the organization. It was a job, and I was treating it like a game.”

Toles was drafted by the Tampa Bay Rays in the third round of the 2012 draft, but he was released prior to the 2015 season and didn’t play that year. At one point, Toles found himself working at a grocery store.

He signed with the Dodgers after the 2015 season, was called up from Triple-A in July of 2016 and was in the starting lineup until he tore a ligament in his knee in 2017. Toles played this season but did not make the World Series roster. All things considered, he has enjoyed a challenging but successful career.

Toles believes the greatest barrier to a larger presence of black athletes in baseball is a lack of information and lack of role models.

“If you’re good in football, there are a lot of black guys who play football,” he said. “Baseball? On Boston’s team, who do they have? Three guys. On our team it’s me and [Matt] Kemp, and all the teams are similar like that.

“So you have little black kids who want to play baseball, but they don’t have anybody to relate to. They’re like, ‘I don’t see myself doing that because I don’t see anybody like me being successful in that realm.’ ”

Which brings us back to Manuel’s idea of fielding a team of African-American major leaguers barnstorming as latter-day Negro Leaguers. The idea is not to bring back separate but equal, but to show young African-American players that baseball is accessible. 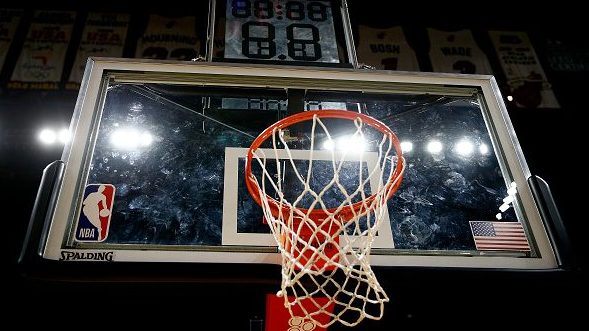 “I’ve heard people call me Malcolm X,” Manuel said when I asked what the reactions had been to his proposal. “They say, ‘Jerry, you just want black players.’ That’s not it. I just want our game to be better. I’m just seeing that to connect a culture to the game, that’s all.