Workers like Kaepernick, no matter how highly paid, have to fight for their rights

“… We have fought against that mantra for years, right? The fan who believes that we should shut up and play … that means that you don’t want to hear us, you just want people to entertain you. That because you’ve decided to buy a ticket, that somehow the people that you watch are relegated to [being] just a two-dimensional person without a soul, without feelings, without rights. Well that’s not the way that we approach it. …” – NFLPA head DeMaurice Smith, explaining his support of NFL players speaking out on social issues during an interview with ‘The Nation’

Labor Day swings on a hammock between the beginning of the big-time college football and NFL seasons.

As America celebrates the last three-day weekend of summer, the boys and men who will entertain us from now until midwinter run onto football fields across the nation. I cheer them as they go. I cheer their talent and dedication. I cheer their long climbs to fame and riches, however fleeting.

I cheer the players as athletes and workers: the college players, unsalaried apprentices to the NFL, and the pro players, handsomely paid, but their bodies and minds taxed. Today’s strength, power and speed leveraged in the pursuit of future wealth.

The NFL players, their work often viewed from the distance of the TV screen, earn so much money that their humanity and their status as workers are often lost.

But when I look at the way many NFL players walk off the field after a long and grueling game, I see the factory and the farm in their labored gaits. I see cotton picked and steel cut. I see trees felled and bricks laid. It’s as if today’s NFL players walk out of their elders’ footprints, workers who toiled in backbreaking and spirit-bending jobs.

Still, NFL players, like workers of the past, continue to struggle for safer working conditions, higher salaries and a greater cut of the profits the owners make just because they are owners.

And today’s black NFL players, like black workers at other times, in other pursuits, struggle to move from the muscle positions to the thinking positions and the power positions, running back to quarterback, head coach to owner. There are no black NFL majority owners.

Perhaps the absence of black NFL owners helps explain the absence of Colin Kaepernick from an NFL roster. Last season, as quarterback of the San Francisco 49ers, he kneeled during the playing of the national anthem, protesting against the mistreatment of black Americans and other communities of color across the country. This season, he stands among the nation’s unemployed, despite his speed, strong arm and ability to pass from the pocket, and despite last season throwing 16 touchdown passes and just four interceptions while playing for a last-place San Francisco team.

A social activist and a philanthropist, Kaepernick has perhaps harmed his NFL career irreparably. Although I don’t agree with his decision to refrain from voting in the 2016 elections, I find the talented quarterback thoughtful and well-meaning. He could play on my team any day.

His athletic talent and money have distanced some from Kaepernick and the sincerity of his activism. He has not, however, allowed that talent and money to distance himself from the everyday struggle black people face to be safe and secure from police harassment and police brutality. 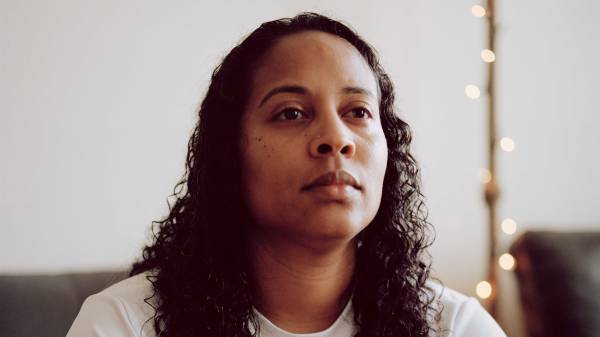 The struggle is real: The unrelenting weight of being a black, female athlete Read now

During Kap’s exile from the NFL, some have sought to pressure the league to get him another chance to play. I have no quarrel with that. But I’d like to see Kaepernick’s plight spur a national effort to fund a new organization: It would train athletes like Kap and other entertainers to use their celebrity and wealth to advocate for worthy causes, secure prosperity for their families and create wealth in black communities across the nation.

So let’s not lose sight of Kap’s cause, our cause. He has kneeled down to stand up for social justice. Each of us can find a way to join his team. Each of us can continue the journey the elders have made easier for us with their hard work, courage and determination. Each of us can heed the call of Peter J. McGuire (“The Father of Labor Day”) to educate, agitate and organize.

Are you ready for some social activism?