Few people on the planet are as funny as comedian Tommy Davidson. But when Davidson decided to learn about his heritage, it was no laughing matter. He had questions and wanted answers. African Ancestry Inc. provided them.

A leader in the field of genetic ancestry tracing, AfricanAncestry.com followed Davidson’s roots to Africa. Through DNA testing, he discovered he’s a descendant of the Mende people of Sierra Leone. The information provided a sense of belonging that Davidson previously lacked. Many African-Americans can relate.

“Because of the slave trade, we never really had the inner sovereign feeling of home,” said the celebrity, who rose to fame on the groundbreaking 1990s sketch-comedy show, In Living Color. “We never had that same feeling that Europeans, Asians, other people who came here [to the United States], have experienced in their lifetimes. Getting the information, man, it was significant for me.”

That’s what AfricanAncestry.com likes to hear.

Founded in 2003 by Dr. Rick Kittles and Gina Paige, the Silver Spring, Maryland-based company pioneered the science for determining the genealogy of people of color across the world. Other genealogy companies, obviously, are capable of tracing roots as well, but “we’re able to be more specific because we have a larger database of African lineage,” Paige said. That’s the reason in a nutshell. 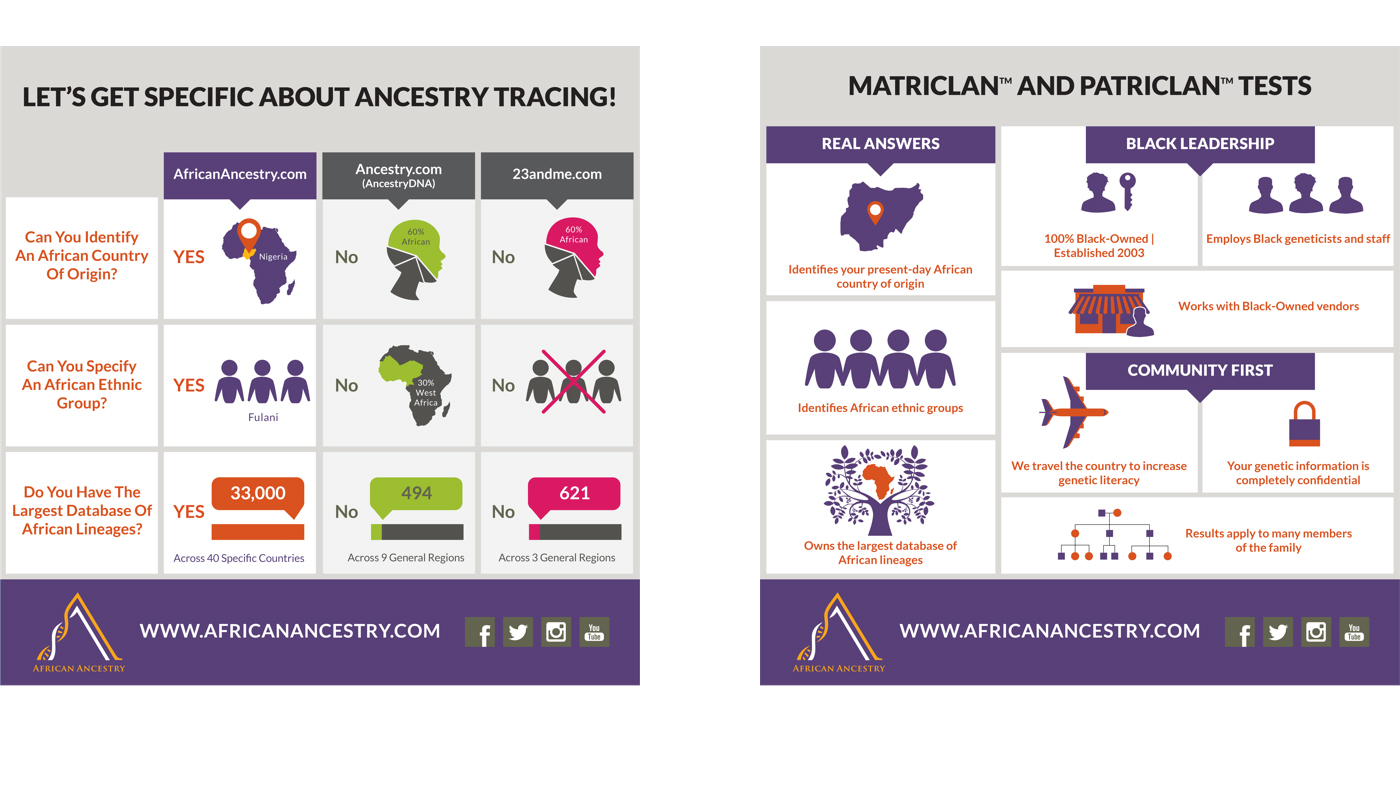 A swab from the inside of a person’s cheek is all that’s needed for testing.

Based on which test is purchased, AfricanAncestry.com analyzes either mitochondrial DNA (mtDNA) inherited from a person’s mother, the Y chromosome that men inherit from their fathers or autosomal DNA from both parents.

Through the analysis, markers or mutations indicate where ancestry is found. If genes indicate that a person is from Africa, the company compares those genes to what it describes as the world’s largest database of African lineages. AfricanAncestry.com is then able to specify the present-day African country and ethnic group with which the person shares maternal and paternal ancestry.

Once a sample is provided, the process takes about eight weeks to complete.

Seattle Seahawks learned the results of his testing last week. On his mother’s side, Michael Bennett descends from the Mandinka people in Senegal and, like Davidson, the Mende people in Sierra Leone. His father’s folk come from the Bubi people of Bioko Island in Equatorial Guinea.

The Mende were aboard the Amistad, the ship on which a slave revolt occurred in 1839. The story became widely known because of the 1997 Steven Spielberg-directed movie starring Djimon Hounsou and Morgan Freeman.

“It really is something,” Davidson said. “Just to find that link to things because of what happened in slavery. Just the psychological effect that that’s probably had on us. It’s real.”

“I’ve seen the impact that [testing] has had on people across all walks of life, across all professions, across all interests, across all different beliefs,” Paige said. “There’s something sobering and also humbling about having the ability to provide people with this information. Not everyone can do it. We’re the only ones who can do it. That’s heavy.”