After winning Georgia golf title, this 16-year-old is headed to Pebble Beach

Sixteen-year-old Anthony Ford has been playing golf since he was 4. But getting him the equipment and lessons he needed, not to mention challenging competition and courses to play, was not easy for his mother.

To afford his golfing dream, Beatrice Ford moved her family from a three-story house in the Cascade area of Atlanta to an apartment in East Lake, one of the roughest neighborhoods in the city. The move meant Anthony would be able to attend Drew Charter School and join its free golf program for youth: The First Tee of East Lake, now The First Tee of Metro Atlanta.

“He’s been hooked on golf for a long time, and that prompted our move here,” Ford said. “Otherwise, I could not afford it. So that’s the reason why we moved here, so he could perfect his game as much as possible.” 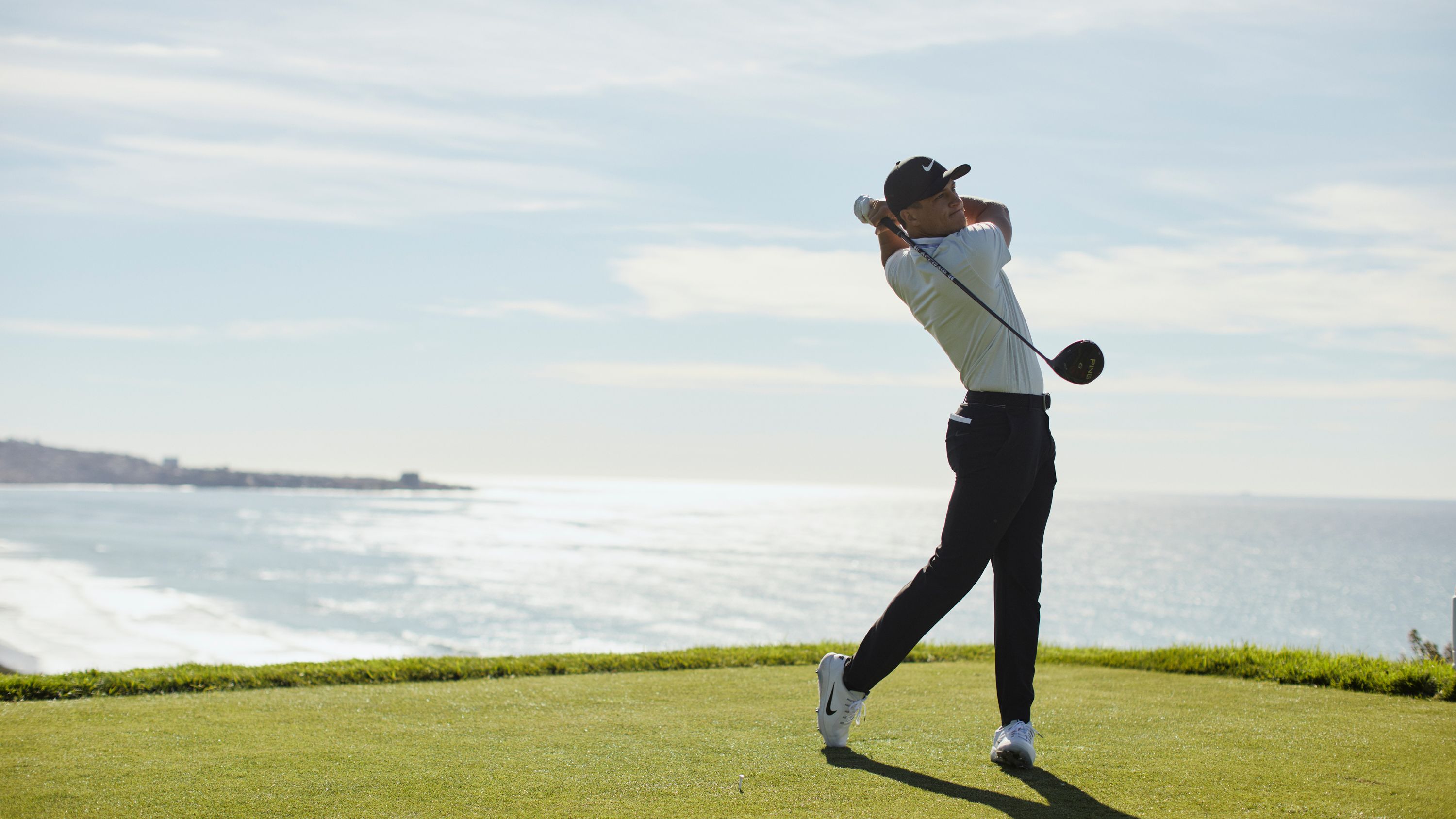 From where Ford lives now, she can look outside her window and see the East Lake Golf Club, where Anthony practices. Early on, Anthony was coached by Elijah Walker, one of Atlanta’s first black golf pros and the person who launched the first city-owned junior golf program in the nation to expose inner-city children to the game. Over nearly four decades, Walker coached more than 1,500 African American children.

Anthony Ford helped Drew Charter make history in May by being part of the first all-African American team to win a state golf title in Georgia. The team finished in fourth place last year in Class A, which is the smallest class in public schools in Georgia. Ford, the captain, said the team used that finish as motivation to get a head start at conditioning and practice.

Drew's Varsity Boys Golf Team traveled to the State Capitol to meet with @GovKemp who congratulated them for their historic win. #statechampions #flyhigher pic.twitter.com/GyA4b0Ctcd

The state title led to the team being featured on Golf Channel and invited to the Steve Harvey Invitational Tournament and a meeting with Atlanta Mayor Keisha Lance Bottoms. The team also played in the national High School Golf National Invitational in Orlando, Florida, in June, finishing 20th.

On July 3, Ford learned that he was among 78 participants in the PURE Insurance Championship. After three years of attempting to get an invitation, Ford will compete against other First Tee golfers for the Pro-Junior Team title. Players were selected by a national panel of judges based on their understanding and application of the values and life skills learned through First Tee’s programs, as well as their playing ability.

Recommendations from golf coaches are also needed. Ford was recommended by his golf coach at Drew Charter, Nyre Williams. At the two-day Class A State Championship in May, Ford shot the lowest scores on his team, with a 78 on the first day followed by a 71, the second day’s best round.

“My mom and dad were more excited than I was,” Ford said. “My coach kind of gave me a hint. He was like, ‘When you wake up, turn on the Morning Drive [on Golf Channel].’ I kind of already knew, but when we actually saw it, my mom and dad started screaming.”

Ford will play in the PURE Insurance Championship at Pebble Beach Golf Links and Poppy Hills Golf Course in Monterey, California, on Sept. 24-29.

Ford knows from experience that the best way to make golf diverse is having more programs like The First Tee.

“If we could have more programs like The First Tee that gives us free golf and classes that teach not only golf but life lessons,” Ford said. “Sometimes we don’t even play golf. Sometimes they bring a financial literacy guider to come in and teach us about real estate and how to do our taxes. … They teach us far beyond golf.”

Greg McLaughlin, president of The First Tee and CEO of the World Golf Foundation, is optimistic about making golf more diverse, basing his optimism on the 2018 National Golf Foundation research study.

“Specifically relevant to diversity, the numbers that they came up with were awesome,” McLaughlin said.

Golf might be changing not only in the African American community but also among millennials. Michael Cooper, president of the GOLF 20/20 Diversity Task Force, works with a 35-member board to connect community-based programs with leaders in the golf industry.

The task force partners with the National Association for Equal Opportunity in Higher Education (NAFEO), an umbrella organization for the nation’s historically black colleges and universities (HBCUs). The effort would be a business tool to get HBCU presidents on board to implement golf courses on HBCU campuses.

“Those are the future entrepreneurs, and they need exposure to the game,” Cooper said. “So we’re working on that end to try to get where minorities are.”

Even at HBCUs, black golfers are in the minority

Although the task force has not yet had much success on the national level, Cooper has been successful at implementing golf at middle schools in the Tampa, Florida, area. The task force is currently working on implementing boys’ golf at the high school level, starting with Middleton High School, also in Tampa.

Deja Harrison is a sophomore mass communication major from New Orleans. She is a Gramblinite Sports writer and GSU-TV reporter at Grambling State.