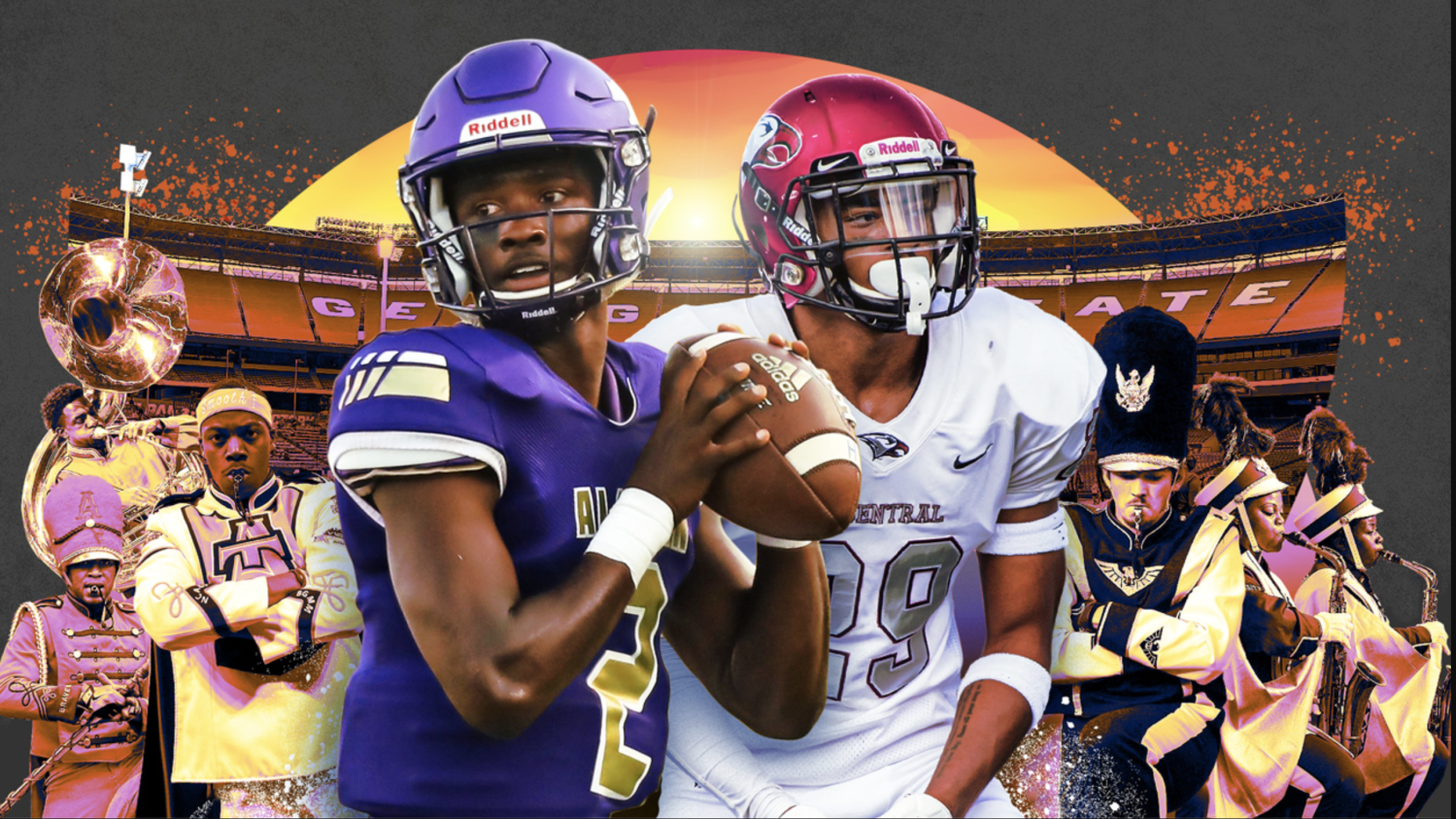 Week 0 doesn’t typically come with playoff implications, nor does it determine who gets to play in what is called the national championship game for Black college football, the Cricket Celebration Bowl.

But this year’s Week 0 is unlike any other – at least for historically Black colleges and universities (HBCUs). Alcorn State and North Carolina Central will get a first bite of the apple in the Cricket MEAC/SWAC Challenge Kickoff on Saturday on ESPN after both programs elected to forgo the spring season due to the coronavirus pandemic.

Not only will Week 0 feel different, it’ll also look different. 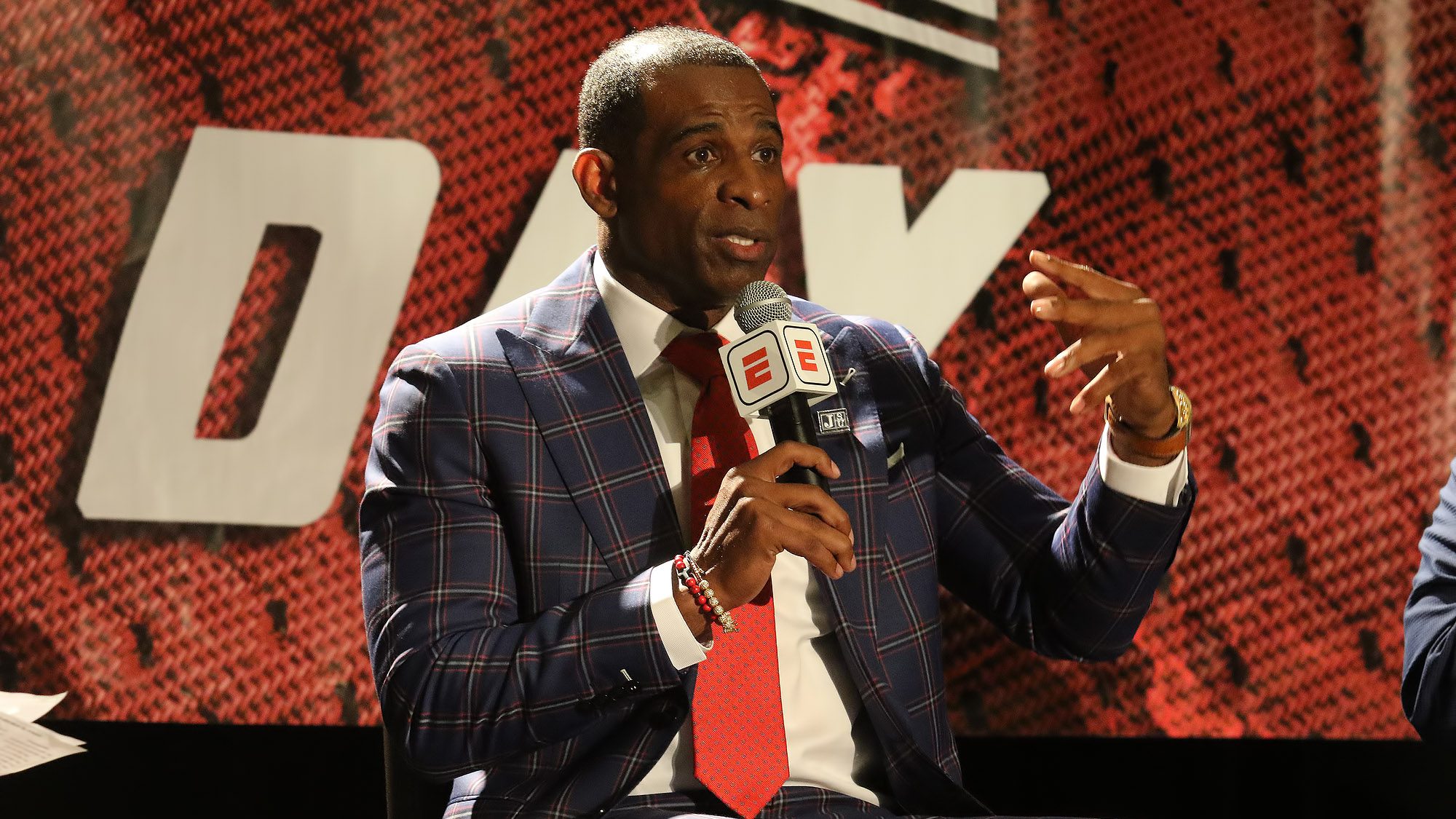 Coaches of these respective HBCU programs understand that Aug. 28 has larger implications than just a first look at their teams.

For Alcorn State in particular, the matchup is a chance to reclaim the SWAC East title after the Braves elected to forgo the spring season, leaving it open for Alabama A&M.

“[Alabama] A&M won the spring, so they deserve to be the conference champs,” explained Alcorn State coach Fred McNair, the two-time SWAC Coach of the Year. “But don’t take the admission as a sign of backing down – our ultimate focus now is fall 2021 and getting this team back excited about playing football and taking care of the young men we have here in terms of getting into shape and putting them in position to win football games.”

While the second-year coach doesn’t harbor resentment after losing a conference title – they, too, opted out of the spring season – they have a sizable chip on their shoulders as representatives of the MEAC.

“We have a fairly young team and I thought we had an opportunity to really transform some bodies and get our team bigger, faster and stronger,” Oliver explained.

For both coaches, the decision to sit out the spring was understandably tough, but also easy when taking into account their reasons: player safety.

Said McNair: “I couldn’t put those guys out there having not worked out, having had no physicals and all that kind of stuff. This sport hurts you, and if a kid ain’t prepared to play this game, you can’t put them in those situations.” 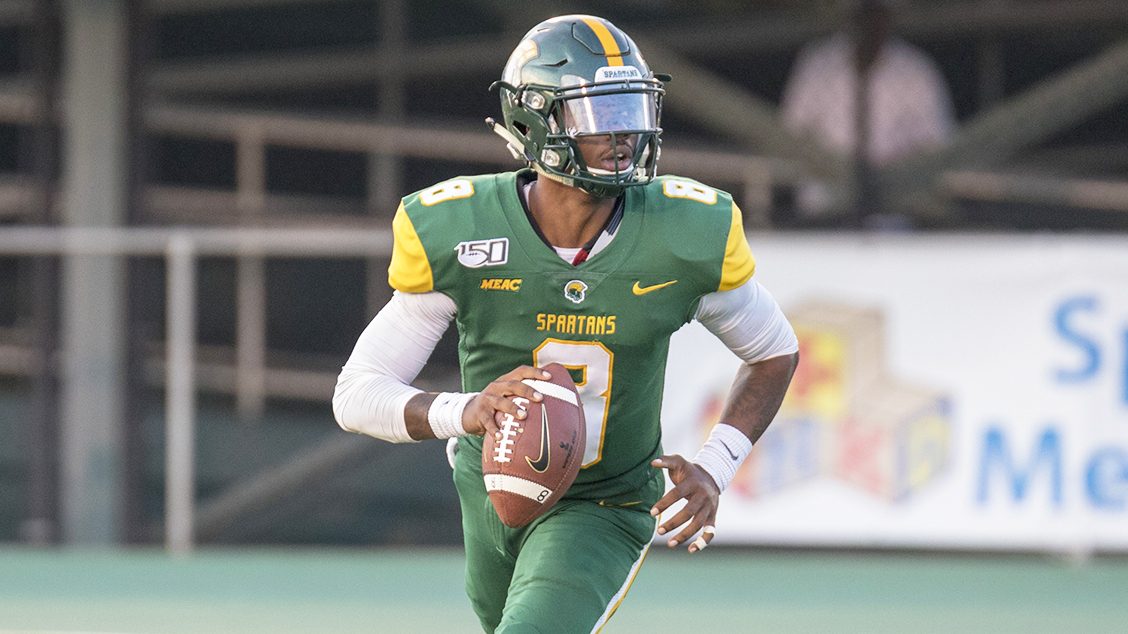 Added Oliver: “While I think we got a lot of work done as far as developing our young men’s bodies and being able to go back and clean some stuff up with our technique and fundamentals, it was important that we look out for them.”

Asked about expectations for the season – having endured an unprecedented offseason of challenges – Oliver bristled at the notion that he’s hoping for at least a .500 finish, given that five of their 11 games will be at home.

“Oh, the disrespect,” said the former all-conference and all-region defensive back and punter at NCCU from 1994 to 1997. “You’ll never hear me talking about trying to go or hoping to go .500. Our goal is to always win a championship, first and foremost.”

SWAC commissioner Charles F. McClelland said of the game’s broader significance: “I think it’s extremely significant from the standpoint that the game has been moved to Week 0 … so SWAC and MEAC football will be the center of the football universe, kicking off the 2021 season.”

While Alcorn and NCCU stayed in their respective labs in relative silence, there was plenty being discussed about HBCU sports, particularly on social media. Not only were there no HBCU players among the 259 chosen in the 2021 NFL draft, NFL Hall of Famer Deion Sanders has headlined a growing list of former NFL players – among them Eddie George, Marshall Faulk, Ray Lewis and Ed Reed – who are either coaching or have surfaced as possible candidates at the HBCU level.

Feelings about the likes of Sanders and other former NFL players using HBCUs as their entry into coaching are mixed.

MEAC commissioner Dennis Thomas, one of the founders of the MEAC/SWAC Challenge and Celebration Bowl, made it clear that it shouldn’t be lost on anyone that coaching at the HBCU level comes with the same diligence and expectations as predominantly white institutions.

“The bottom line is this,” Thomas said matter-of-factly. “Those [former NFL] stars still have to do the work and go through the grind in terms of building a program.” Thomas finished his collegiate career as a three-year letterman at Alcorn State in the mid-’70s. “So, time will tell whether or not those were good decisions. And for the sake of the success of the HBCUs, I hope they are.” Thomas announced his retirement as of December after 19 years as commissioner.

Oliver, who spent the previous three seasons as the defensive coordinator and safeties coach at Southern University before returning to his alma mater as its 24th head football coach in 2018, said that he believes some of the high-profile coaches jumped the coaching line.

“There are a lot of great coaches out here that are on the Division II level that are in HBCUs who are coordinators, who have paid their dues that I feel should be in line to get these head jobs,” he explained, adding he’s not referring to any one coach. “Just because you’re All-Pro or a Hall of Famer doesn’t make you a great coach.”

While there’s plenty of storylines swirling around, Oliver and McNair are nonetheless focused on Aug. 28.

Oliver, for one, knows all about the grind.

After finishing 4-8 two years ago, Oliver – the third alumnus to lead the NCCU football program – recognizes that Alcorn State is among the best programs in HBCU football. While the MEAC holds a comfortable 10-4 lead over the SWAC in the series, if the Eagles are to get it done, they have to shut down senior quarterback Felix Harper, the 2019 SWAC Offensive Player of the Year.

Said Oliver of Harper and his offense: “It’s probably the most talented skill position and the most explosive offense I’ve seen since I was here last time in ’06.”

Not to be overlooked is NCCU’s defense, which looks different this year after the loss of reigning MEAC Defensive Player of the Year Darius Royster and defensive backs Deonta Fair and Bryan Mills, who signed with the Seattle Seahawks. But the Eagles do have a stellar player at defensive back in Stephen Stokes returning.

For Alcorn, this will be its first MEAC/SWAC Challenge since 2016, when it faced Bethune-Cookman and the game was suspended in the second quarter due to bad weather. Atlanta has become like a second home to the Braves, who have won six straight SWAC East titles, which helped them gain a berth in the Celebration Bowl, a championship that’s eluded McNair in three attempts.

This game comes with its own level of excitement and expectations, which is something McNair understands and feels.

“I’m excited all across the board,” added the 52-year-old coach whose younger brother, Steve McNair, was a quarterback with the Tennessee Titans. “Just coming into it and making sure we’re prepared to play is going to be the biggest thing now. I just tell them to just worry about Alcorn and be prepared to play the game.”

Joshua Eferighe is a Chicago-based writer who has covered music and culture for a number of outlets, including BET.com, Blavity.com, Kulturehub.com and Ozy. His GOAT HBCU athlete is Doug Williams.