Ali-Frazier was more than a fight, it was part of my awakening as a Black man

As a college student, I was fighting to find my place in a changing world

Today marks the 50th anniversary of one of the most important events in boxing history. The fight also coincided with a period of personal growth as I confronted the harrowing reality of being an African American in the United States of oppression.

On March 8, 1971, Muhammad Ali and Joe Frazier met for the first time at New York’s Madison Square Garden. An overwhelmingly white sports media called this bout between two Black champions the fight of the century.

There have been hundreds of great heavyweight title fights, but only three in U.S. history can be classified as a fight of the century.

Jack Johnson, the first Black heavyweight champion, defeated Jim Jeffries, the Great White Hope, in 1910. Jeffries was forced out of retirement to “save” white manhood and protect white supremacy from what journalist Charles Dana called “a Black rise against white supremacy.”

The third fight of the century was Ali-Frazier I.

During a conversation about taping a segment for ESPN’s two-hour special on the fight, a producer wondered where I was on the night of the big event. It would have been great to have had a story to tell. Truth is, the specific details of my whereabouts are hazy. Who knows?

I was an evolving, 19-year-old sophomore at Morgan State University, a historically Black university (HBCU) in Baltimore. In all likelihood, I was off somewhere licking my wounds, trying to rebuild my confidence after a disastrous football season. The 1969 season was my first year as a starting defensive back. The irrepressible coach Brutus Wilson reminded me that I’d given up more touchdowns in one season than the entire Bears defense had given up in two years. So, I was dealing with that.

Then there was the ever-present fear of the military draft. At 19, I was a prime candidate for the draft. As an African American, I would almost certainly be sent to Vietnam. Two of my high school classmates — a promising quarter-miler and a former starting quarterback — lost their legs in combat. Though registered for the draft, I prayed every night that the war would end before my number was called.

Four years before his 1971 fight with Frazier, Ali refused to be drafted on religious grounds. He was convicted of draft evasion, stripped of his title and his license. For three years, Ali was unable to fight. In those years, he became a hero of the anti-war movement, the embodiment of Black power and the precursor of future generations of Black athletes who would use their visibility to fight against injustice.

This was the essence of his significance in 1971, not as a boxer but as a patron saint of resistance.

Seven years earlier in 1964, on the other hand, it was all about Ali’s boxing skills and his audacity. I may not have been able to remember where I was on March 8, 1971, but I knew exactly where I was on Feb. 25, 1964, when Ali — then Cassius Clay — upset Sonny Liston to become heavyweight champion. 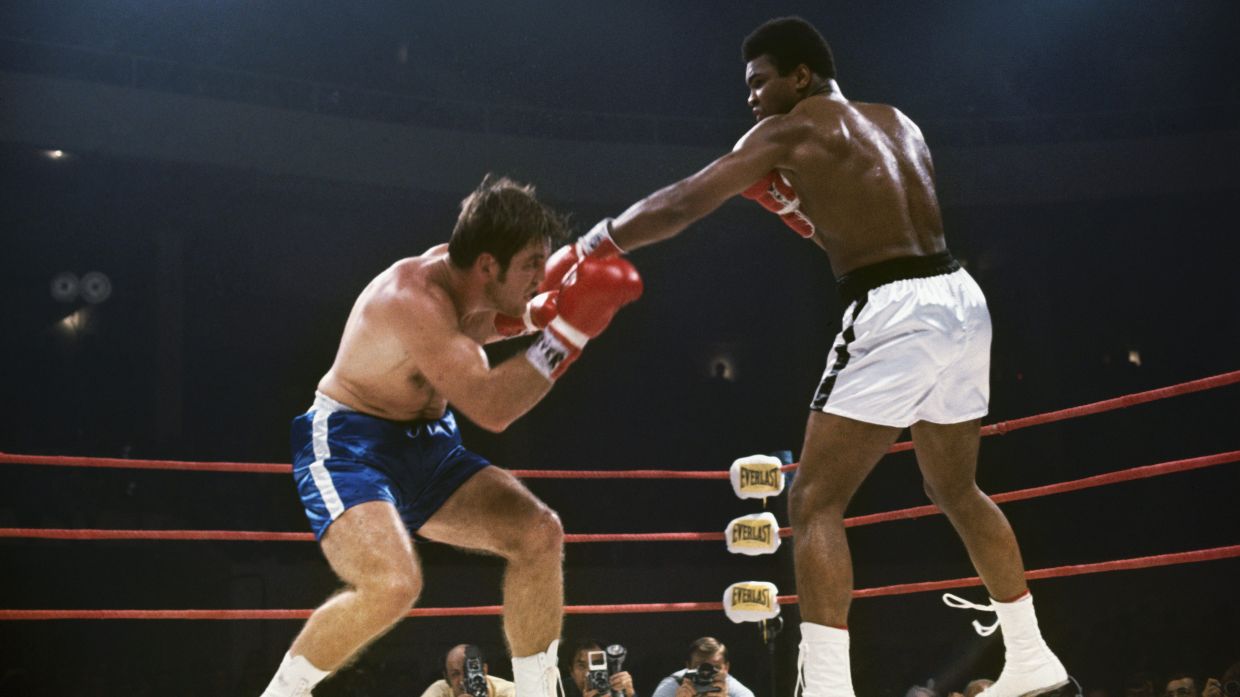 I was home in Phoenix , Illinois, listening to a radio broadcast of the fight with my father. Traditional, knock-’em-out, old-school fight fans like my father predicted that Liston would annihilate Clay.

Just before the broadcast began, my father got up from his chair, put on his hat and coat, and headed toward the door leading to our backyard.

“Where are you going?” I asked, taking the bait.

We laughed. The idea that Liston would knock Clay from Miami, where the fight was being held, to our backyard in Phoenix, was hilarious.

We listened as Clay defeated Liston in the upset of the century. After the fight, Clay announced he was a Muslim and had changed his name to Muhammad Ali. The cultural and political implications of the announcement went over my head.

Between February 1964 and March 1971, my understanding of the United States’ destructiveness, white oppression and Black people who facilitated that oppression had deepened. In large part, that insight was brought about by fellow Black athletes.

In 1968, Tommie Smith and John Carlos staged a human rights demonstration on the victory stand at the Mexico City Games.

Perhaps what completely woke me up was the slaying of Fred Hampton in my hometown. 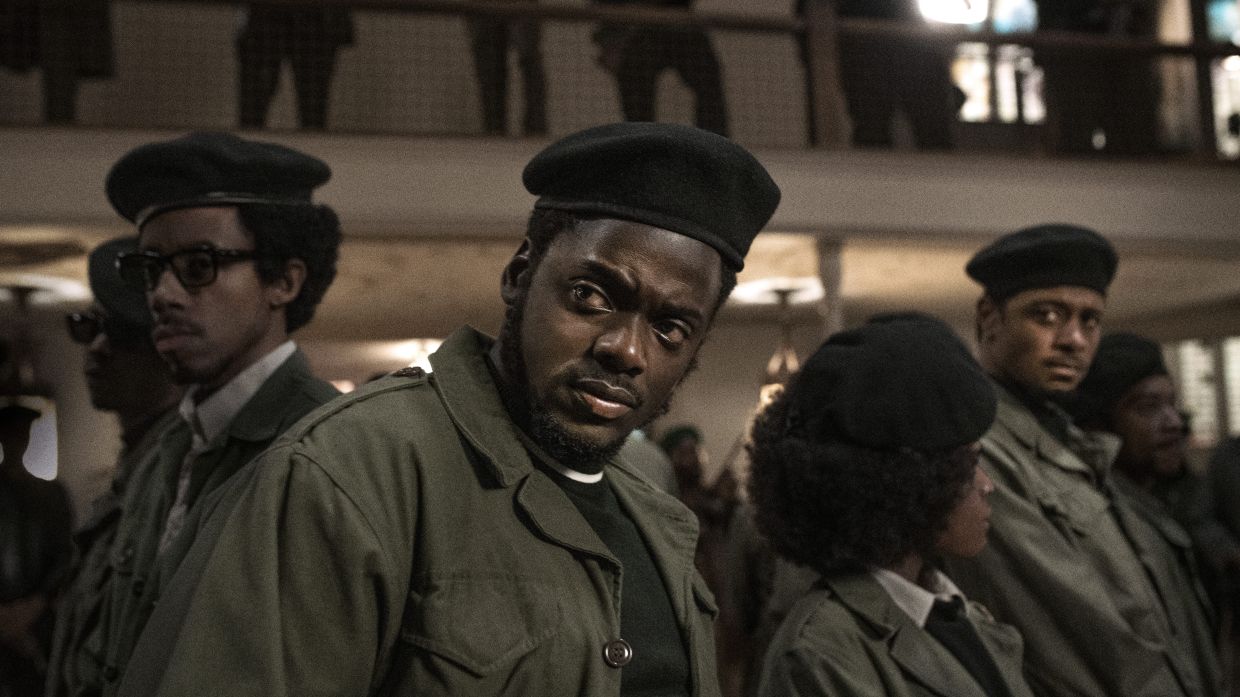 One year and three months before the Ali-Frazier fight, Hampton, chairman of the Illinois chapter of the Black Panther Party, was slain in his bed during a pre-dawn raid by Chicago police. The police had been given the apartment floor plan by a Black FBI informant. Frazier, unfairly or not, was cast by Ali as belonging in the sphere of Black informants, Uncle Toms, the white man’s Negroes and Head Negroes In Charge whose mission was to keep white people informed and in control.

As for the fight, Frazier defeated Ali that night in 1971.

But while the victory would be the highlight of Frazier’s career, it was simply another chapter in the legend of Ali as a global cultural icon.

Frazier lost his heavyweight title to George Foreman in 1973. A year later, in an upset perhaps as great as his victory over Liston, Ali snatched the title from Foreman. Ali and Frazier met two more times, with Ali winning both, including the spectacular Thrilla in Manila.

I was in Atlanta covering the 1996 Games when Ali reached yet another pinnacle. Suffering from the ravages of Parkinson’s disease, Ali lit the Olympic flame. Many of those who resented Ali for his anti-war stance embraced him that night as a hero.

They were gladiators who needed each other.

And Black folks need each other.

I’m not sure where I was on the night of March 8, 1971, but I certainly know where I am today: in the midst of an ongoing struggle, an existential boxing match.