Amar’e Stoudemire wants to be in the Hall of Fame

The free agent talks about changing the game, getting older and ‘Trainwreck’

It’s an impressive stat line: Nearly 16,000 points and more than 6,000 rebounds and 1,000 blocks in 846 NBA regular-season games over 14 seasons. Six NBA All-Star appearances. A 2007 all-NBA first team selection. An NBA Rookie of the Year award, an Olympic appearance and a former McDonald’s All-American. Perhaps a retired jersey from the Phoenix Suns, where he spent eight seasons, is on the horizon, too.

Amar’e Stoudemire is hopeful that his basketball resume will help him realize his dream of being named to the Naismith Memorial Basketball Hall of Fame one day, although the 33-year-old has no plan of retiring anytime soon.

“I’m actually very proud of my career. In my career, I’ve had some ups and downs,” Stoudemire said. “But I’m thankful that what I put into this game helped me achieve what I was able to accomplish. Hopefully, that gives me a bid into the Hall of Fame. That was my goal as a teenager, was to become a Hall of Famer. That’s what I’m still striving for.”

He’s also dreaming of that elusive NBA championship. The free agent forward-center, most recently with the Miami Heat, is seeking a multiyear deal, preferably with a title contender. Stoudemire recently joined The Undefeated for a conversation about everything from his health to his willingness to return to New York to his acting skills.

What’s your sales pitch for the Hall of Fame?

Probably resilience. When I was drafted, there were no [power forwards] or [centers] that were playing the way I played. Steve Nash and myself kind of transcended the game of basketball. That was a turning point in the NBA. The NBA now has to adapt to that kind of [up-tempo] play. It was a phenomenon in Phoenix for us to play that type of offense. For what I did at the [power forward] and [center] position, I transcended that position.

You were with the Knicks for 4½ years before leaving for Dallas and then Miami, but back and knee problems limited your playing time during two of those seasons. Do you ever think about what could have been?

You can’t change things you can’t control. I did enjoy playing with Carmelo [Anthony]. I did enjoy playing with my teammates I played with there. But I felt it was time to see if I could win a championship sooner rather than later. I rolled the dice with Dallas and Miami. But I think New York is a team that needs a [center] or another big. If they want to bring me back, that would be a nice opportunity for me.

What are looking for in free agency?

One thing I will be looking for is a team that has a chance to win a championship. There is no guarantee that the team you end up choosing is going to win a championship. It’s a roll-the-dice process from that standpoint. Secondly, as I approach the latter half of my career, I want to make sure I leave on a good note. I want to be in a position that is going to allow me to be myself once again.

Are you back to yourself healthwise?

I started 37 of the last 42 games last season. I was available for 90 percent of the games and practices last season. From a health standpoint, I felt great. I felt extremely healthy.

Do you still love to play? What is your body telling you?

My body is still holding up well. I feel like I still have a lot left in this game. My love for this game is still at a high level. My passion is still there. So I’m still willing to play for a while if my body is feeling the way that it is feeling now. I still want to expand my game and I want to continue to get better even though I’m in the latter half of my career.

How did you adapt from being an All-Star and the face of a franchise to becoming a role player?

It’s been a roller coaster ride from that standpoint because teams now have a certain thought process about me and my game before they even get a chance to see me practice or play and [check out] my health. They automatically assume certain things … It’s a matter of the system that I put myself in so I can show the world that I can play at a high level … I learned a lot from [Steve] Nash, Shaq [O’Neal] and Grant Hill with the way those guys worked. They worked better the second half of their careers and were still very successful. They left the game on a good note.

Has there ever been a day when you said you didn’t want to play anymore?

I haven’t had those thoughts recently, to be honest with you. I’ve been focusing on optimum health and being able to leave on a good note. And hopefully make a push to the Hall of Fame.

How did you get into acting?

I was in Phoenix doing skits for All-Star voting. Acting kind of started somewhat there. I also did a lot of commercial shoots for Nike and just being on set I was able to learn a lot more from an acting standpoint. Working with a film company in L.A., studying film, hanging around friends that are actors and actresses … Once I got an opportunity to act in a few films, I stepped right in and did well.

My most recent film was Trainwreck. It was a great experience. I was able to hang out with [director] Judd Apatow, [writer] Amy Shumer and [actor] Bill Hader. I think my performance went really well. I got great, great words of encouragement from Judd Apatow and Amy Shumer. They said I was a great actor, they wanted to see me in more movies and they loved the comedy aspect of my acting.

What’s your next acting project?

I just filmed a skit for Voltron, the cartoon movie on Netflix. There are a couple films in the works that I am going to do open reads for. There is definitely a lot going on as far as my film world, that’s for sure.

What type of mentor were you for Heat free agent center Hassan Whiteside?

A lot of my mentoring comes from the way I work out and guys seeing me in the weight room before guys get in. Seeing me there doing extra work after practice on the basketball court. We had some pretty good conversations. He was player searching for knowledge and trying to get a better understanding on how to be a true professional.

You may be going to your fourth team in three years. How challenging has it been to adapt?

It hasn’t been that much of a difficult process because the team has embraced me very, very well. I definitely don’t want to be exchanging addresses every year, because my children are getting older now. I want to keep it consistent for them. I’m pursuing longer than a one-year deal.

You went straight from high school to the NBA. How have you succeeded off the court without a college degree?

I was a pretty smart kid. Through my humble beginnings, I was still able to keep some intelligence with me. Once I got to the NBA, I went to Arizona State for summer school classes. I took classes in Miami. I always kept myself in the books reading and studying and hanging around people that have similar interests. That’s how I’ve grown to be who I am. That was all on my own. It was all me.

You had a bad rap when you entered the NBA in 2002 after going to five different high schools. How did you shake that bad image? 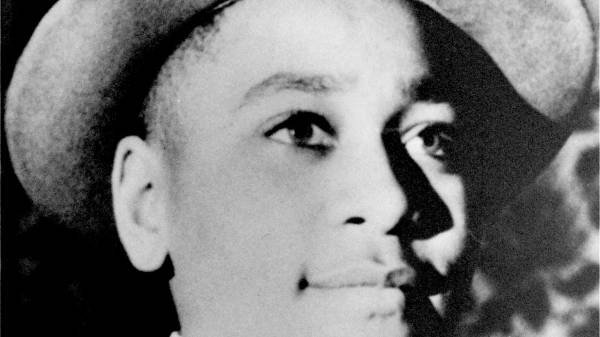 Being black in a world where white lies matter Read now

High schoolers at that time were kind of given a rough name. There were high expectations for Kwame Brown, Tyson Chandler and Eddy Curry. They came out the year before me. And then my year there were two high schoolers that came out in the draft and I was the only one that got drafted. I knew I was going to prove myself. Once I got to the NBA, I kept working on my game, it constantly evolved and I kept getting better as a player.

What advice would you give the NBA rookies?

No. 1, stay out of trouble. That’s most important. Secondly, understand that you’re a business. And as you become a better player, then you become a valuable business. Once you know that you’re able to make business decisions, make connections and try to build on that platform.