And still we ask, ‘Who is LeBron James?’

In Game 4, the stakes are high for him

Who is LeBron James?

Is he the guy who brings visions of Hall of Famer Earvin “Magic” Johnson — an incredibly unselfish playmaker with a high basketball IQ who appears content to get teammates involved offensively?

Or is he the guy capable of taking over a game with his brute strength? Is he “Freight Train James,” a force out of physics capable of bullying his way to whatever scoring opportunities he sees fit?

James, of course, has proven to be all of the above. But for the Cleveland Cavaliers to even the NBA Finals against the Golden State Warriors on Friday night in Cleveland, and avoid a 3-1 deficit going back to Oakland, California, on Monday, it will have to be “Selfish LeBron James” with the attitude he described during the 2015 NBA Finals: the “best player on the planet.”

James has too much at stake going into Friday night’s game, which, if the Cavaliers win, would provide a momentum shift of colossal proportions. If Cleveland loses this series, will anyone call out Kyrie Irving or Kevin Love? Doubt it.

It will all fall on James.

That’s the attitude James took Wednesday, gathering his teammates in the tunnel before the game and imploring them to “follow my lead.” And the Cavaliers did just that in Wednesday’s 120-90 Game 3 win. J.R. Smith finally showed up (20 points) and Irving showed out (30 points, including a big first quarter when the Cavaliers led by as many as 20 points).

But James put his stamp on the game early. He had his best shooting game of the series (hitting 14 of 26 shots), with just two of those attempts coming from beyond the 3-point arc.

Defensively, with Love out with a concussion (and, despite rumors, there’s no truth that James was the doctor who failed to clear him), James started the game at power forward and it worked, as a whole.

James was able to slow down Golden State’s Draymond Green. League MVP Stephen Curry was close to a nonfactor for the third straight game.

Incredibly, Curry has avoided a lot of the close scrutiny that would come with the struggles of a two-time MVP.

That’s not the case with James, who doesn’t get the pass that’s clearly been bestowed upon Curry.

No matter what James does, the basketball haters are ready to pounce and place blame. These haters have had close to 10 years of practice exercising these muscles.

It’s James’ fault that former Cleveland head coach David Blatt was fired in the middle of the season, with the best record in the Eastern Conference.

It’s James’ fault that Irving and Smith were nonfactors in Games 1 and 2.

It’s James’ fault that Cleveland traded Andrew Wiggins to the Minnesota Timberwolves to get Love.

Of course, most of the James hate (with little merit) is unfair, at best, and ridiculous, at worst. But it’s a real thing.

Hall of Famer Michael Jordan had haters. Future Hall of Famer Kobe Bryant had his. It goes with the territory of being the biggest talent of your generation.

We know the mindset of Jordan and Bryant in big games. Neither was willing to rely on others with the stakes this high.

On Friday night, the stakes are as high as they can get for James. A win shifts the momentum of this series in Cleveland’s favor and gives the Cavs hope.

If the Cavs win the series, will James take a break from the hate? 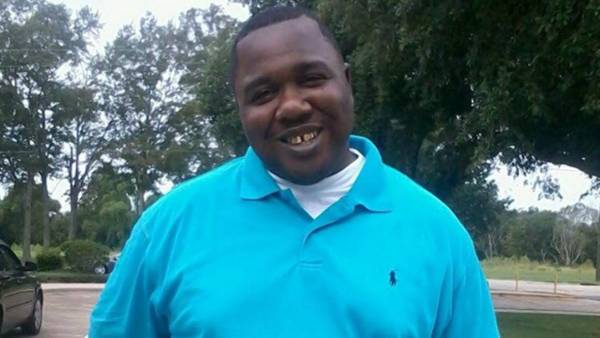 What we know about the Alton Sterling shooting Read now

We still ask so many questions about a two-time champion and four-time MVP making his sixth straight Finals appearance.

So, who is LeBron James?

On Friday night, we’ll get an even better glimpse.