Jo Adell is chronicling his journey in baseball for The Undefeated. Over the next several months, the Los Angeles Angels’ top prospect will discuss life in the minors, what it’s like to be an African American baseball player in 2019, and much more.

All I’ve strived to do since I began playing baseball was to experience what life would be like as a big leaguer. When my first spring training with the Angels started a few months ago, I finally got my first taste.

Facing big league pitchers for the first time, I was having a lot of success. I felt good about where I was at. But in an instant I went from the euphoria of being in the batter’s box in a game against major league pitchers to sitting in a chair in a batting cage struggling to make contact against a pitching machine.

Everyone gets banged up when they play a sport. In high school I was a two-way player, and a lot of my soreness had to do with having to pitch, hit and play in the outfield (often in the same game in high school). But my injury during spring training, when I pulled my left hamstring and rolled my right ankle while rounding second base, has been the most challenging of my life. 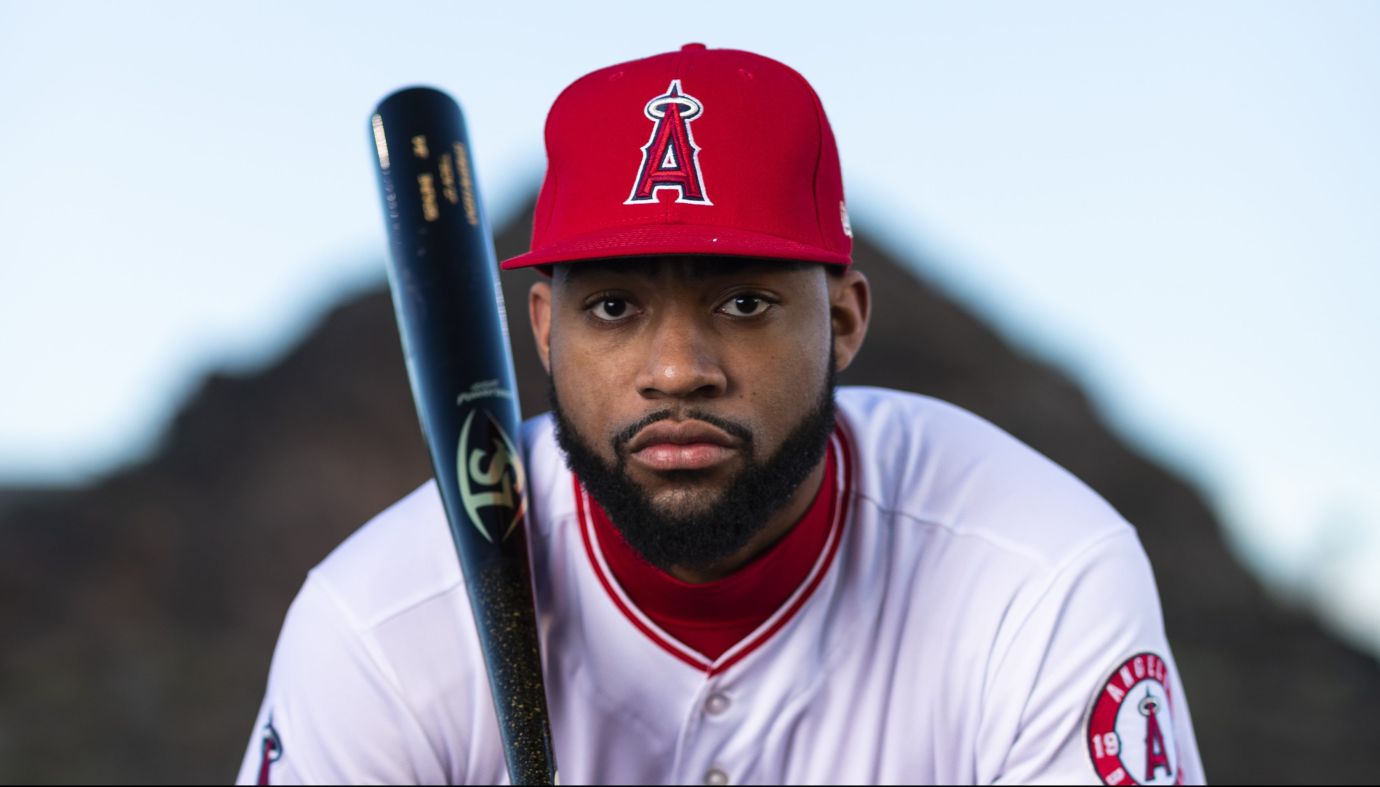 Jo Adell: The future of the Angels and Major League Baseball? Read now

My mind raced while lying in pain on the infield after I collapsed. I went from thinking about the incredible high I was on and how great everything was going to thinking about, how serious is this injury?

For a moment, I thought my season was over.

I felt frustrated. Angry. And depressed.

That’s a lot of emotions to go through in a short period of time, and I only snapped out of that when Jason Heyward of the Chicago Cubs — that’s who we were playing that day — ran over to me from his outfield position and helped me up. “Don’t worry,” he told me. “You’re going to grow from this. You’ll be back, and you’ll be better.”

I went into my first major league spring training with the mindset of furthering my baseball education. Playing alongside guys like Mike Trout, it was my intent to pick their brains and soak in everything.

What did I learn? That having a lengthy career is not all about physical gifts, but about watching and learning. I watched closely what Trout and the others did, to see if what they did — the way they made cuts for balls in the outfield, the way they studied pitchers — could work for me. I listened intently to the messages that were relayed by the hitting and outfield coordinators.

It was all about adding chapters to my book of knowledge.

Suddenly, it went from adding chapters to being forced to shift gears. Suddenly, everyone had left for their regular-season assignment, and I’m in Arizona with a group of guys all fighting to get their body right.

That can be depressing, especially for me at 20 years old thinking I’m invincible. One day I was playing in front of fans and doing my best to improve my game and impress the organization.

The next I’m grinding my way through rehab. Each day during the 2½ weeks that I hit from the chair, I was thinking I should be in Mobile (with the team’s AA affiliate).

When the team said I’d miss between eight and 12 weeks, I honestly thought I’d be back in a month. I’m young, I knew my body, and there was no way I’d miss an extended period of time. When I got hurt in high school, my most serious injury was back spasms. I always knew my team needed me, and I always got back on the field even when I wasn’t 100%.

At this level, it’s a different progression. I’m a young player, and they consider me an important player in the system. They made me understand that it was more about me getting healthy than to rush my timeline of getting back as soon as possible.

There are a lot of people to credit for me getting close to returning to Mobile.

The main person is Dylan Cintula, who is the return to performance strength coordinator for the Angels. We call him Juice, and he works with all of the guys in Arizona, making sure everybody is doing what it takes to return to the field. On my first day of rehab, when I was going through my anger and frustration with my injury, Juice made me do 100 pullups. I had never in my life done more than 20.

When I was able to run, Juice made me sprint up to the hotel at the top of the hill of our facility in Tempe. If you’re familiar with that hill, you’d know how tough that is. I cursed Juice under my breath then, and I’ve cursed him many times during my rehab. But it’s his goal to get my body back to be better than what it was before I got hurt. He’s been successful in doing that, and it’s been awesome to have him be a part of my journey.

I also credit the guys I’ve been working out with in Tempe, some of whom have been out for years with arm injuries, yet still work hard every day because they want to live their dreams of playing baseball. JC Ramirez and Keynan Middleton are two guys who have been out of the big leagues for over a year after having Tommy John surgery, and they work hard every day to get back. Even through their challenges, they tell me that I mean so much to this organization and encourage me to take my time and get myself right. They’ve both been a great inspiration.

Each day, I get up, I check the box scores on what’s happening in Mobile. The team is struggling with injuries and have lost players through call-ups, and some of those guys text me to ask when I’m coming back. Those text exchanges are tough, especially when I don’t have an answer. But my time is coming, and they can expect to see me by the end of the month.

I’ve taken swings in games, so that’s progress. Now the next step is for me to be able to run at 100 percent on the bases and to be strong enough to play a few games in the outfield, where the biggest challenge will be my ability to handle the stop-and-go explosion that’s required to make cuts while running down balls. When I’m comfortable running bases and pivoting on defense, I’ll be released.

What will I feel when I get back to Mobile? Like a kid at Christmas. I’m excited to be close to getting back to a competitive atmosphere. My goal when I get there is to bring an energy and fire back to a team that’s trying to get back on its proper footing.

My entire family was in Tempe with me at the time I got hurt, and that was a blessing. Recently I asked my dad when he was coming back to see me, and he told me he’d travel down to Mobile when I return.

But he’s not going to come down immediately. He said he was going to let me get a few games under my belt because he didn’t want to see any bad play when he came down.

My message to my dad: You won’t have to wait long.