Matthew Cherry’s evolution has taken him from the football field to a stint as a production assistant to music videos. Now, his résumé includes a heartwarming short film in production called Hair Love.

Cherry said the idea for the film came from watching viral videos of fathers interacting with their daughters. In particular, he focused on ones that showed fathers combing their daughters’ hair, which can be both a chore and a bonding experience. 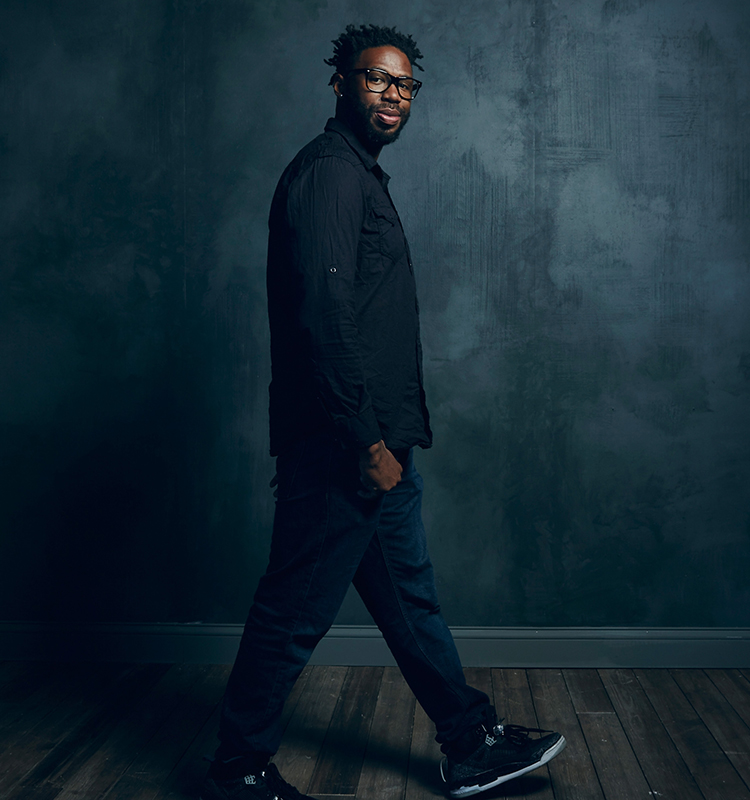 His five-minute animated film is about the relationship between an African-American father, Stephen, his daughter, Zuri, and her hair. Although Stephen has long locks, he is used to his wife doing his daughter’s hair. When she is unavailable right before a big event, Stephen has to figure it out and concludes that Zuri’s hair has a mind of its own.

Cherry said the “story was born out of seeing a lack of representation in mainstream animated projects, and also wanting to promote hair love amongst young men and women of color. It is our hope that this project will inspire.” He took to the crowdfunding site Kickstarter to fund the film. His initial goal was $75,000. To date he has raised almost $252,000, making Hair Love the best-funded short film in the history of Kickstarter.

Cherry, 35, is a former college wide receiver. In his four-year career at the University of Akron, he finished with nearly 2,000 receiving yards and 13 touchdowns. After college, he played for the Jacksonville Jaguars, Cincinnati Bengals, Carolina Panthers and the Baltimore Ravens. In 2007, he moved to Los Angeles to pursue a career in entertainment, landing work as a production assistant.

“I was just Matt the PA, and I was here to work,” Cherry said. “I was here to learn and work the game from the ground up, and that’s how I kind of got my foot in the door.”

He has worked on more than 40 commercials and was a director for more than 20 music videos for singers and entertainers such as Michelle Williams, Tweet, Jazmine Sullivan, Lalah Hathaway, Kindred The Family Soul, Snoop Dogg, The Foreign Exchange, Bilal, N’Dambi, Maysa Leak, Dwele, Najee, K’Jon and Take 6.

Cherry’s film The Last Fall received awards at the American Black Film Festival (ABFF) for Best Screenplay and Martha’s Vineyard African American Film Festival (MVAAFF) for the HBO Best Feature Film Award. After a limited theatrical release, it made its television premiere on BET in December 2012 and is currently streaming on Netflix and Hulu. He recently released a short film, Forward, which premiered on Ebony.com. He also writes and directs the award-winning web series Almost 30 and Almost Home.

Cherry has one sister (visual artist Caitlin Cherry) and grew up on the northwest side of Chicago.

Cherry spoke with The Undefeated about his transition out of football, positive representation of black fathers in the media and normalizing black families.

What was your inspiration for Hair Love?

The biggest, and I think the most important, is just we’re seeing a big lack of representation in that computer-generated, animated world.

We really haven’t seen a lot black characters in that space. Bebe’s Kids was the first animated feature film directed by a black director. That came out in 1992; 25th anniversary was a couple of days ago. Peter Ramsey was the first African-American director to direct a CGI [computer-generated imagery] animated film. That was like two or three years ago, Rise of the Guardians. I think in between that time, there’s really only been those two black directors that have done like a full-length feature film in the animated space.

So we only really have had in recent years maybe four or five examples of full-length feature films that really tell our story. But a lot of times you don’t really see the whole, full family dynamic, particularly in these computer-generated feature films. The biggest thing for me is just like really seeing that lack of a presentation. … I don’t have kids myself right now, but got a serious girlfriend, and one day we’re going to get married and be having kids, and I really wanted to make sure that when I did have kids that they had a character that they could relate to.

That’s why my biggest thing with this project, first and foremost, was just to really hopefully have some characters that were human, that showed black families in a complex but also simple manner, and just have characters that people can relate to but then try to help increase that diversity in the animation world, because representation is everything. I think my biggest thing is if a little girl can see Zuri or see Stephen, and see themselves represented, if it makes them feel better about themselves, to me, mission accomplished.

Who did you consult with about dads, daughters and hair?

I’ve actually had this idea for a couple years. I always thought it would be cute to do a story about a dad trying to do his daughter’s hair. I’ve seen a lot of kind of online videos, and my main dad friends who have kids, they’re always posting pictures and videos online of their failed attempts of trying to do their son’s and daughter’s hair, and just always thought that that would be a really cool angle to hit, particularly because the whole black father angle. I think, again, in mainstream media, we’re really nonexistent.

We look at a lot of these movies and TV shows, they always depict black dads as deadbeats, nonexistent, abusive. These fathers, they’re getting girls pregnant, running off, that whole thing, and while obviously in every race, every group, you have that negativity, but it’s always made out in the black community like that’s just all black men are. We just are deadbeat dads. We’re not in our kids’ lives.

What’s been the most difficult part of moving from football to filmmaking?

The most difficult part of my journey is feeling like you have to constantly create your own opportunities. Like, to this day, nobody’s ever hired me for anything. All my opportunities have been self-generated in some fashion. Outside the music video world, from feature films to short films, it’s all been stuff that I either created with some friends or I created on my own, and sometimes it gets frustrating because you feel like, ‘I made this. This premiered at a major festival. Help me.’

You make all these sacrifices like putting your mom’s life insurance money into the making of your first movie. It comes out, hey, you get a little bit of press, but nobody hires you. Damn. OK. You go away for a couple years. You do random things to kind of stay alive. Then my second feature film, 9 Rides. We shoot it on iPhones and that’s the thing that gets you noticed and gets you an agent and then you realize that all the work you and your team put in mattered after all.

Do you miss football?

Not at all. Not in the least. No, I don’t, especially with all this news about what’s been going on with players’ heads and CTE. I’m actually glad that I didn’t play too long. People have been playing since they were 5 years old, too. You know what I mean? Between Pop Warner, high school, college, you might have your five or 10 years in the league, but if you’re 25 you might have played for 20 years.

How did you prepare for your career after sports?

I studied radio, TV, broadcast and media production in college. I interned at a lot of radio stations, and I was the music director at my college radio station at the University of Akron. I interned up at the Cleveland radio stations, KISS and then on WENZ. And so I would always be kind of dabbling in production, but more of an audio-radio side, and it was something I was really interested in. I loved cutting promos, loved working with all these other kind of post-production programs, and I kind of knew even in college that whenever I got done playing ball I’d either be working in radio or some level of entertainment on the production side of things.

I signed as an undrafted free agent. My rookie year with the Jacksonville Jaguars, I knew after training camp, I was like, “Yeah. I’ve got to get my plan B together,” because it was just so political. When you come in as an undrafted free agent it’s like being a walk-on, so all these things have to happen that are outside of your control in order for you to make it. Guys will generally have to get hurt or traded and all these other things. It’s not really about how you perform, necessarily. It’s about, ‘OK, can you justify putting this guy in over the guy we’re paying millions of dollars?’

And I knew literally in training camp like, ‘Yeah. This is kind of unfair. I’m doing my thing, but I’m still not getting rewarded for it on the field.’ I actually got cut during training camp, and then they re-signed me to the practice squad. That’s how they do it, and I learned when I first got cut by just feeling there was nothing more I could have done. I felt like I balled out. I did everything that I should have done to be able to make the regular team, and it didn’t happen for me.

Where are all the white American NBA players? Read now

What’s up next after Hair Love?

This has all been a roller-coaster ride. The biggest thing for me is just really trying to just continue to do projects that are personal to me. Things that I really love. We hope to be able to use the characters from Hair Love and turn it into a feature film

This interview has been edited for clarity and length.