Another example surfaces of abuse of Black players by white coaches

We begin with Wichita State head coach Gregg Marshall, who is being investigated for allegations of verbal and physical abuse from current and former players. The stories have been corroborated by former players and coaches and reported by media outlets, including Sports Illustrated.

Former Wichita State player Shaquille Morris alleges he was punched twice by Marshall during a 2015 practice, and Marshall is also accused of choking assistant coach Kyle Lindsted the following year. Marshall, according to WatchStadium.com, also routinely physically and verbally abused members of the program and demeaned his players with ethnic and racial slurs.

Marshall coached at Winthrop from 1998 to 2007 before joining Wichita State. The descriptions of his behavior there mirror those described by his players at Wichita State, which is conducting an internal investigation now. Multiple former Winthrop players say, according to WatchStadium.com, that Marshall made racist and sexist comments toward players, and that he mocked a player who took prescription medication for his mental health.

Former Winthrop players also detailed various instances in WatchStadium.com reporting when Marshall physically assaulted players on multiple occasions, both on and off the court. In one of the detailed accounts that are coming to light after the WatchStadium.com reporting and the Winthrop investigation, players recall Marshall grabbing a player by the shirt and slamming him against a wall. 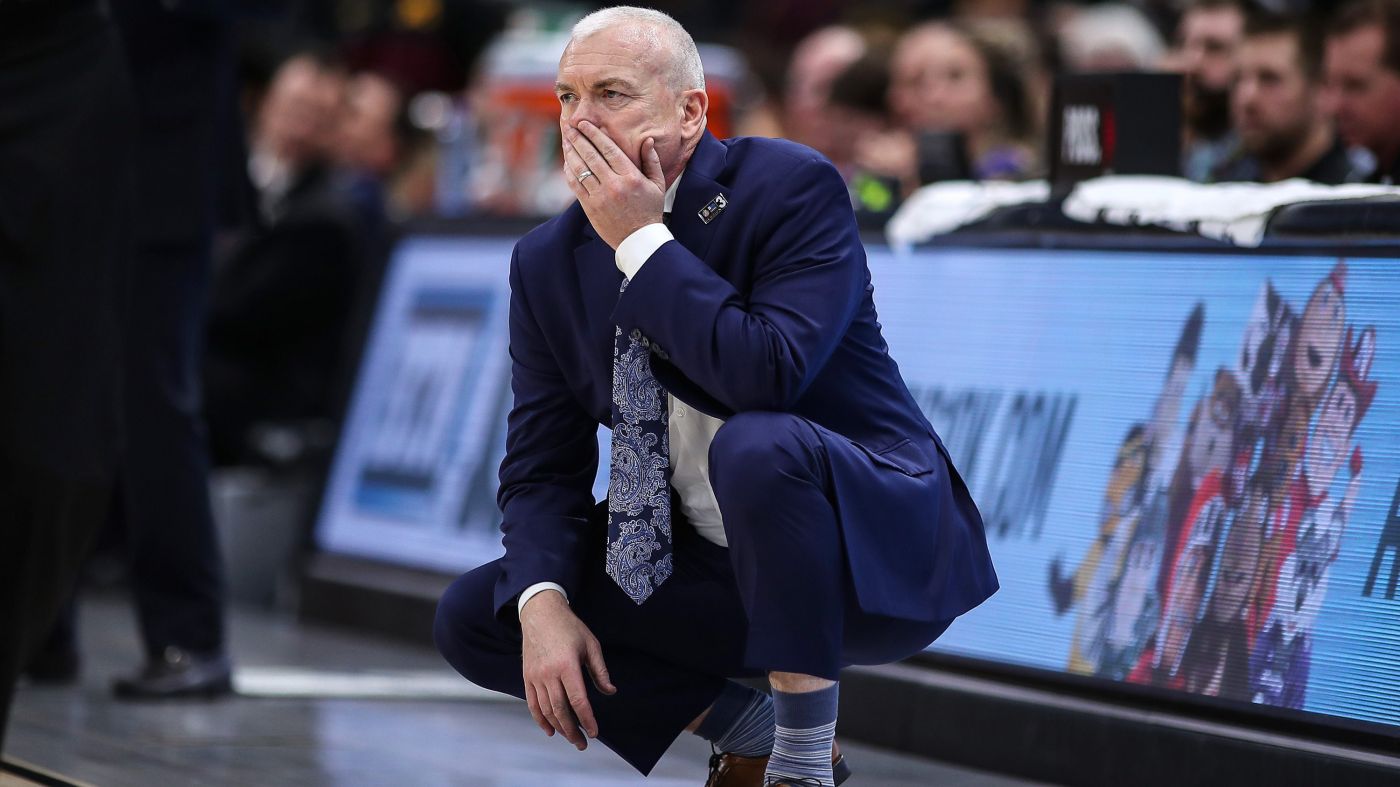 Did Marshall deny the charges?

“I acknowledge that my coaching style isn’t for everyone. I am passionate and energetic, and countless players have thrived on my programs and excelled in our team culture,” Marshall told The Athletic. “I am not demeaning or abusive. I have always pledged my full-hearted commitment to my team.”

I interviewed Howard University basketball coach Kenny Blakeney for my show The Rematch, and his immediate response was:

“I don’t think white men should be yelling at Black kids. We have a history that goes back to some things that are traumatic with that.”

Here’s the unfortunate reality: This type of abuse with this particular racial dynamic of a white coach abusing Black players happens much more often at predominantly white institutions (PWIs) than people are aware of.

I’m not advocating being soft on players or coddling them. I don’t coach on the college level, but I do coach my son’s AAU team, the FBCG Elite Dynamic Disciples, and any of my players will tell you: I’m not the one to tolerate any foolishness. My son calls me Coach Carter without the cursing. I’m a disciplinarian. I am strict. I hold guys accountable both on and off the floor. “Yes, sir” is the only appropriate response to a coach. But there is a fine line between discipline and abuse.

Blakeney told me he wants young men to understand they don’t have to feel less of a person to do what somebody is asking them to do.

“I want the young men that I coach to be whole, meaning I don’t want them to be mentally or emotionally broken when they leave me. I want to treat young men as if I am coaching my own son. Do I have to coach guys hard sometimes? Yeah, I do, but I want to coach guys in a way where it’s respectful.”

I remember when I was at Syracuse University and we were playing Indiana at the Maui Invitational. Now, this wasn’t a big arena like the Carrier Dome. It was more of an enclosed arena resembling a high school gym, so everyone was close and could hear anyone yelling.

Indiana player A.J. Guyton did something wrong and got subbed out of the game, and as we were advancing the ball up the floor, we heard a loud booming voice that echoed through the gym. It was Coach Bobby Knight humiliating one of the Indiana players.

“I want the young men that I coach to be whole, meaning I don’t want them to be mentally or emotionally broken when they leave me. I want to treat young men as if I am coaching my own son. Do I have to coach guys hard sometimes? Yeah, I do, but I want to coach guys in a way where it’s respectful.” — Howard University coach Kenny Blakeney

“You piece of s— motherf—er! Bring your stupid a– here. What the f— are you doing!”

Those were his exact words. My point guard Jason Hart was dribbling the ball up the court, and we both stopped in the middle of the game and stared at him in amazement. And the Indiana player looked like an abused child who had been stripped of his humanity in front of an audience. It was the worst thing I had ever witnessed.

Our assistant coach Louis Orr yelled for us to snap out of it and keep playing, because we paused during the middle of the game, shocked by what we were seeing.

It made me think of the movie Roots when the slave master tied Kunta Kinte to the tree because he wouldn’t answer to his slave name Toby, and he brought all the other enslaved people to watch as he whipped him into accepting his slave name. That’s what I thought of watching Knight publicly and verbally whip the player into submission.

I remember later passing Guyton in the hotel as my teammate Kueth Duany and I were walking around, and he wouldn’t even make eye contact with us. He looked broken.

“Without this system, without Coach Knight challenging me, that would not have been possible,” Guyton said. “I say that because at Indiana you know you’re going to be challenged. I don’t think Neil Reed understood that. In order to become an All-American, you’re going to be challenged by a coach that pushes you to the limit. It’s all a process of a boy becoming a man.”

I couldn’t believe what I was seeing. I asked my former teammate if he remembered this.

“I had heard and seen the tirades of Coach Knight on TV and it was always part of the lore of ‘The General.’ But getting to see it up close and personal in the Maui Classic was surreal and seeing the real-time reactions of the players,” said Duany. “It was highly uncomfortable seeing the Indiana University player in somewhat a shock and daze so long after the game, walking with his head down, almost like that movie Get Out, a clear gloss over his eyes.

“I think that way of doing things now is not acceptable because we have also learned of the mental health challenges of what it does to some young men. It can lead to some being emotionally bankrupt and forever lacking confidence. These types are always forgotten,” said Duany. “Just speaking to former high-level athletes who’ve dealt with being the punching bag, a vast number are not doing well and hold resentment for many years. I have seen other players become controlled and almost robotic for the coach who in some cases verbally abused the player.”

Let me be clear, I’m not saying this to disparage anyone. I am using this example that I personally witnessed to point out a much bigger issue. I believe this type of abuse happens more often than many are aware of at PWIs. Of course, not at all of them, but more often than it should. Some in plain sight like Knight, others behind closed doors like Marshall.

Some even resulting in tragedy, such as University of Maryland football coach DJ Durkin and strength coach Rick Court in the case of Jordan McNair, who died of a heat stroke and didn’t receive proper medical care during a practice. 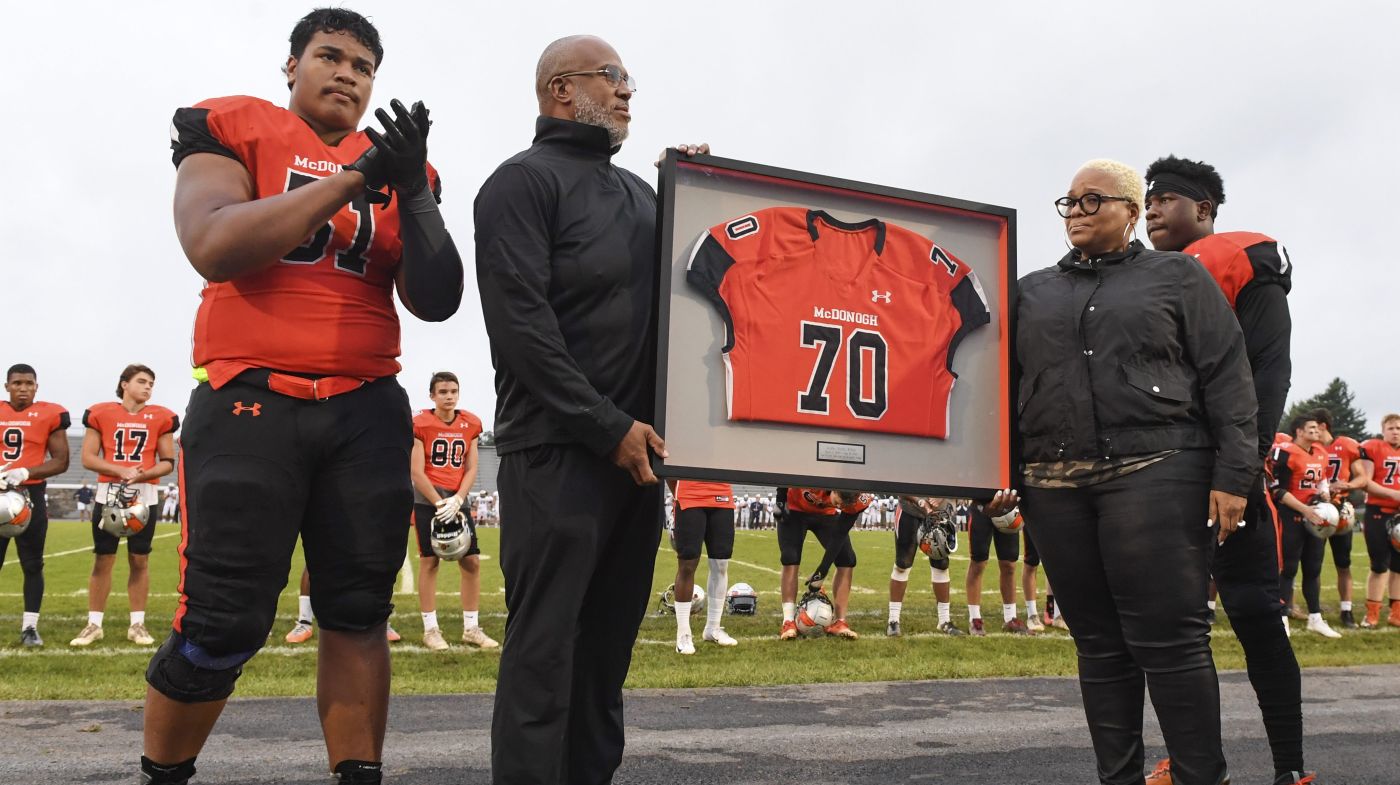 It’s important to note that Maryland did conduct an external investigation and fired both coaches, but that was only after public pressure. Their initial reaction was to treat McNair like a diseased slave, throw him overboard and continue sailing. This practice has to change.

Tragedies like this only get revealed after an assistant coach, staff member or former player blows the whistle. It’s a system that allows for this type of abuse to remain prevalent and go unchecked absent public outcry — and, yes, this should sound very similar to the issue with police accountability.

This is why I can appreciate Blakeney having the courage to speak out against college coaches who engage in the emotional and physical abuse of Black college athletes.

Blakeney’s approach should be the mentality adopted by all coaches, because he understands the fine line between discipline and maltreatment, between being a tough demanding coach and being an abuser.

Don’t be surprised if we see an increasing exodus of top Black athletes migrating to historically Black colleges and universities instead of attending PWIs.