Lately, I’ve been struggling with how to evaluate ambitious films and television shows that see themselves advancing radical racial politics, namely Lovecraft Country, the HBO drama that premiered this summer, and Antebellum, a horror-thriller starring Janelle Monáe, that is available via video on demand on Friday.

Their high-budget production values provide the visual trappings of prestige, but few of the narrative ones. Both, to varying degrees, are gorgeous empty suits. To understand why, let’s take a step back and think about eggs — specifically, the way eggs are used in another ambitious show that looks at racism and its effects: Watchmen.

In the eighth episode of the HBO adaptation of Watchmen, Cal Abar (Yahya Abdul-Mateen II) is standing in the kitchen of his home, which is about to be under siege by the Seventh Kavalry, a white supremacist group. At this point, Cal’s true identity as the omnipotent, time-and-space-traveling Dr. Manhattan has been revealed. The Seventh Kavalry intends to steal Dr. Manhattan’s powers, then use them to reimplement a system of American apartheid.

Dr. Manhattan doesn’t seem to realize the gravity of the situation. Instead, he starts gathering ingredients to make waffles, using his powers to make them float out of the refrigerator.

“Watch the eggs,” he tells his wife Angela (Regina King), as a carton exits into the couple’s kitchen.

Angela, understandably vexed, grabs the carton in midair and smashes it on the floor.

The scene turns out to be instrumental to understanding the end of the story. Moreover, it’s a clever, meta deployment of the Easter egg, little inside jokes and winks at the audience that engender a feeling of ownership in committed fans. They can be a visual nod to the source material or offer clues to solving a mystery embedded within the plot. In Watchmen, the most significant Easter egg in the show turns out to be a literal egg. Before Dr. Manhattan is murdered, he transmutes all of his power and knowledge, including his ability to walk on water, into a single egg. The show concludes with Angela holding an egg while standing at the edge of her swimming pool, about to take a step.

The Russian playwright and short-story writer Anton Chekhov offered a lasting way to think about storytelling mechanics: “If in the first act you put a pistol on the wall, then in the second act, it should be fired.”

Watchmen may be one of the most well-constructed television shows of the decade because of a trait I call “storytelling accounting.” Good storytelling accounting occurs when everything presented to viewers over the arc of a film or show serves a larger narrative purpose, even those, like the eggs floating out of the kitchen in Watchmen, that don’t seem to have an obvious function. I use storytelling accounting to expand the idea of Chekhov’s gun beyond writing to include every element of decision-making in a given work, from costuming to production design to music supervision to hair and makeup.

Watchmen’s narrative rigor is deployed in service of a story that begins in Tulsa, Oklahoma, in 1921 when a racist white mob killed hundreds of Black residents. It is a story about the effects of American racism, but it’s also a story about intergenerational trauma and the harm that results from the accumulation and hoarding of power. Similarly, Antebellum and Lovecraft Country have been highly anticipated as evidence of a Black creative vanguard breaking new paths in telling stories about Black people on-screen.

Alas, they are undone by abysmal storytelling accounting. Both Lovecraft Country and Antebellum are filled with elements that don’t serve much, if any, purpose, and aren’t adequately explained, muddying the story and confusing or distracting viewers.

Lovecraft Country is adapted from the 2016 Matt Ruff novel of the same name. And similar to the way that showrunner Damon Lindelof’s Watchmen incorporates an element missing from Alan Moore and Dave Gibbons’ original comic book — white supremacy — Lovecraft Country offers pushback to the virulent racism of its namesake, writer H.P. Lovecraft.

It has a villain similar to Watchmen as well: a secret society of racists called the Sons of Adam. The show is set in the wake of the Korean War, and a Black veteran, Atticus Freeman (Jonathan Majors), rushes home to Chicago to find his missing father, Montrose (Michael K. Williams). Tic, as he’s known by friends, takes off with his Uncle George (Courtney B. Vance) and childhood friend, Leti (Jurnee Smollett), to Massachusetts in pursuit of Montrose. Their journey takes them through a terrifying sundown town and to the estate of the Braithwhite family, a creepy clan of white people in search of immortality.

Membership in the Sons of Adam is dictated by gender and bloodline, and membership in the group is Tic’s birthright because an enslaved Black ancestor was raped by one of her white Braithwhite owners.

But Lovecraft Country is filled with gags that don’t go anywhere, like the cows on the Braithwhite property that give birth to human-hunting monsters. The show is sprinkled with details that identify its writers as learned. When Tic walks into a segregated library to do research, the camera lingers on a portrait of W.E.B. Du Bois. When the family drives across the country to Massachusetts, the soundtrack of their odyssey is James Baldwin’s debate with William F. Buckley. But these various details don’t seem to point to much besides the obvious fact that racism is omnipresent in America and really scary.

Rather than weaving the elements of the show together to buttress each other, Lovecraft Country simply piles up a bunch of horror tropes for no discernible reason. If the show is supposedly offering some larger commentary on race and horror, why, for example, do the Freemans liberate a Native American two-spirit person who’s been trapped in a crypt by a Son of Adam, only to murder them by the end of the hour?

Without deeper consideration of its characters, Lovecraft Country’s narrative decisions feel arbitrary and unearned, which makes for some truly head-scratching sex scenes, such as the one between Ruby Baptiste (Wunmi Mosaku) and William Braithwhite (Jordan Patrick Smith). Episode five concludes with Ruby raping a Marshall Field’s manager with her stiletto — ostensibly retribution for him raping her Black colleague, but which is far more grounded in Ruby’s grudge against the store for not hiring her even though she’s overqualified to work there.

And so, through five hours, I was left, more often than not, feeling bewildered rather than triumphant and satisfied. Even if the show is using red herrings, it doesn’t bother to identify them as such, and so its decisions feel like hangnails: painful, and in need of clipping.

Antebellum commits similar sins with its storytelling accounting. The film is about an academic named Veronica (Monáe) who is kidnapped during a conference in Louisiana and taken to a “reformer plantation.” This plantation is basically a Boogaloo fever dream — racists dress up in Confederate garb and torture the uppity Negroes they’ve stolen.

Again, there is enormous attention to visual details — the film, shot with the same lenses used for Gone With the Wind, at the filmmakers’ insistence — is based on a nightmare co-writer-director Gerard Bush had that he and his partner, Christopher Renz, turned into a short story, which Lionsgate quickly optioned. Antebellum sprinkles its under-considered plot with elements that recur but are never explained, such as a butterfly tattoo on one character that’s the same as the design on Veronica’s latest book. Before she’s captured, Veronica is staying in the hotel’s high-flying Jefferson suite, a detail that serves no other purpose than to maybe remind the viewer, Hey! This guy owned slaves! In another scene in the hotel, Veronica meets a creepy white child dressed in Victorian garb carrying a doll she’s lynched. But there’s no explanation of what she’s doing there.

Meanwhile, the more difficult questions behind Antebellum’s world-building choices go unaddressed. How have all these famous, smart Black people been disappeared so easily? Why have these same Black people, who are experts in history and the various ways enslaved people revolted against their captors, acquiesced to their condition instead of banding together to escape? Why, if the year is 2019, do they all speak as though it’s 1862? The cavalier approach to the story makes its violent horrors that much more difficult to take. The film ends up treating people as set pieces in a grand scheme of racist sadism, thereby perpetuating the same dehumanization Antebellum is supposedly decrying, all to get to the point where Veronica roasts her oppressors alive.

Noble intentions to say something about race as it’s lived in America are undermined by a variety of bad decisions. Those bad decisions feel especially egregious in Lovecraft and Antebellum because both rely so much on explicit violence. But sharp, taut writing, plotting, pacing and character development can go a long way to ease the discomforts of watching all that gore.

Tarantino may dance on the nerves of many because of his personal peccadilloes and the way he depicts Black people in his films. But his work provides example after example of how meticulous storytelling accounting can massage away some of the disgust with his obsession with graphic violence, even when that violence is meted upon Black bodies. That’s the difference between his stories of revenge for identity-based persecution, as seen in Django Unchained and Inglourious Basterds, and Antebellum and Lovecraft Country. 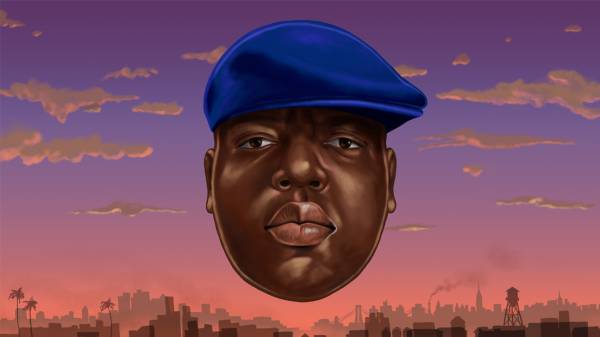 Django and Inglourious Basterds conclude with their villainous oppressors meeting bloody, flame-ridden ends that would make most reasonable people squirm. But they are tolerated — celebrated, even — because they have been earned with careful plotting and performances that feed the viewer’s antipathy toward said oppressors. It’s not just that we see Col. Hans Landa (Christoph Waltz) murder the entire family of Shosanna (Mélanie Laurent) because they are Jews in Inglourious Basterds that makes Shosanna’s fatal revenge so sweet. The same goes for Calvin Candie (Leonardo DiCaprio) and the many awful people who work in his service on his Candieland plantation. Candie and Landa are fully realized, imbued with a psychopathy that is devious, memorable and perversely delightful in equal measure.

The big bads in Antebellum and Lovecraft Country, on the other hand, are filmic paper tigers — standard-issue evil white people who feel too one-note to engender any emotional investment in their demise. They aren’t so much characters as a collection of tropes. Their racism seems as much a casual choice as their taste for cheap dye jobs.

Tarantino gets repeatedly praised for coloring outside the lines precisely because he remembers that establishing those lines is important for his projects to succeed. His stylistic flourishes are simply the garnish that sets off everything else, not the main course. Too often in Lovecraft Country and Antebellum, the flourishes are the whole meal. Discerning viewers are bound to be left craving something heartier.