New Orleans’ Brandan Odums says his work is tribute, inspiration for others

News of Muhammad Ali’s death broke just before midnight Friday, when most of America was settling down. Reactions around social media were swift, pouring in from every corner of the earth.

Each person memorialized the three-time world champion boxer in the various ways he affected their lives — through pictures and anecdotes — mourning the loss of a man known to most of the world as simply “The Greatest.”

In New Orleans, artist Brandan Odums reflected in his own way, poring over various paintings he’s dedicated to Ali over the years. He took to social media to post images of the past, each holding specific memories. As commenters shared special messages beneath his posts, the paintings, too, became mini-tributes. 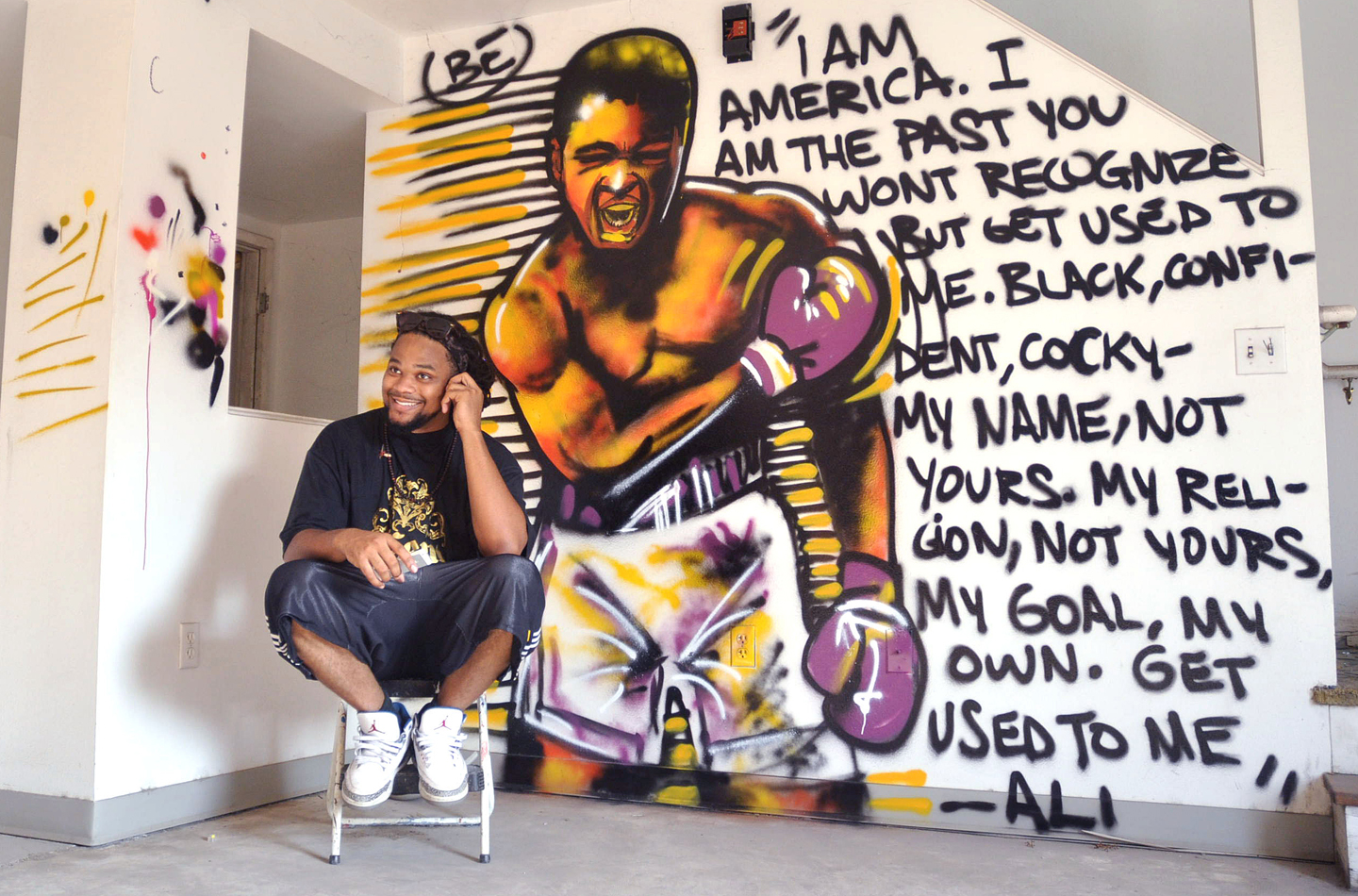 Odums, 30, had prepared himself as best he could for the dreaded day the champ would depart his earthly life. A couple of months ago, he read an article that detailed Ali’s declining health. It was tough to process then, Odums said, but he continued to find ways to pay homage to Ali while the boxing legend was still living. Of all his paintings, Odums points to the Ali mural he composed at the Crescent City Boxing Club in New Orleans as one that stands out, specifically because of the symbolic meaning it holds for him.

“Any time you walk in and see that painting, you see young black men training and working out,” Odums said. “Just with my image, you kind of see how Muhammad Ali’s legacy will be eternal because here are all these men who have never physically seen him fight in person or spoke to him, yet he’s one of their greatest inspirations. He’s on the wall. His words are on the wall as they train. That’s probably my favorite.” 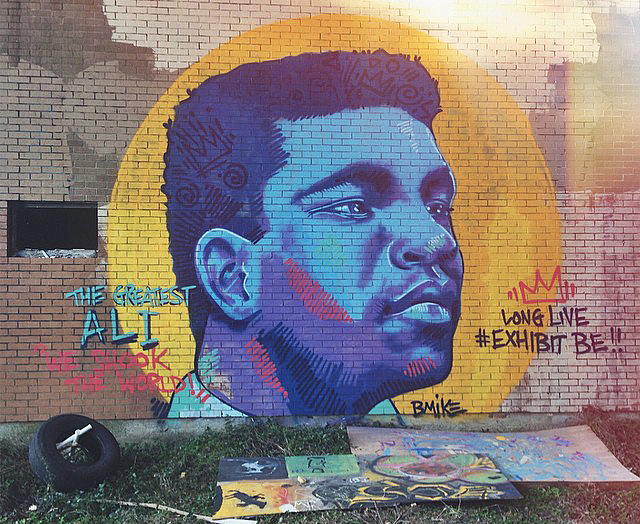 In college, Odums began painting historical icons on T-shirts and selling them for extra income. He carefully chose public figures whom not only he appreciated, but ones who were also relatable to others. Of all the iconic figures Odums has painted through the years, Ali remains a staple in his work.

Odums began to read and research Ali’s life in and out of the ring, quickly realizing there was much more to the pretty, slick-talking champion from Louisville, Kentucky. From his stance on politics to his bold leadership in the civil rights movement, Odums saw a lot of himself in the boxer. Drawn to Ali’s confidence, intelligence and tenacity, Odums began creating illustrious murals around New Orleans — in a dilapidated public housing development and later, an abandoned apartment complex — that captured snippets of the different chapters in Ali’s life.

“If it’s anybody who spoke the loudest to me in history, it was Muhammad Ali,” Odums said. “It wasn’t just because he spoke loud in the interviews I saw or the clips that I saw, but it was the fact that he was such a dynamic and bold representation of black power, black masculinity — what it looked like when it’s done right. 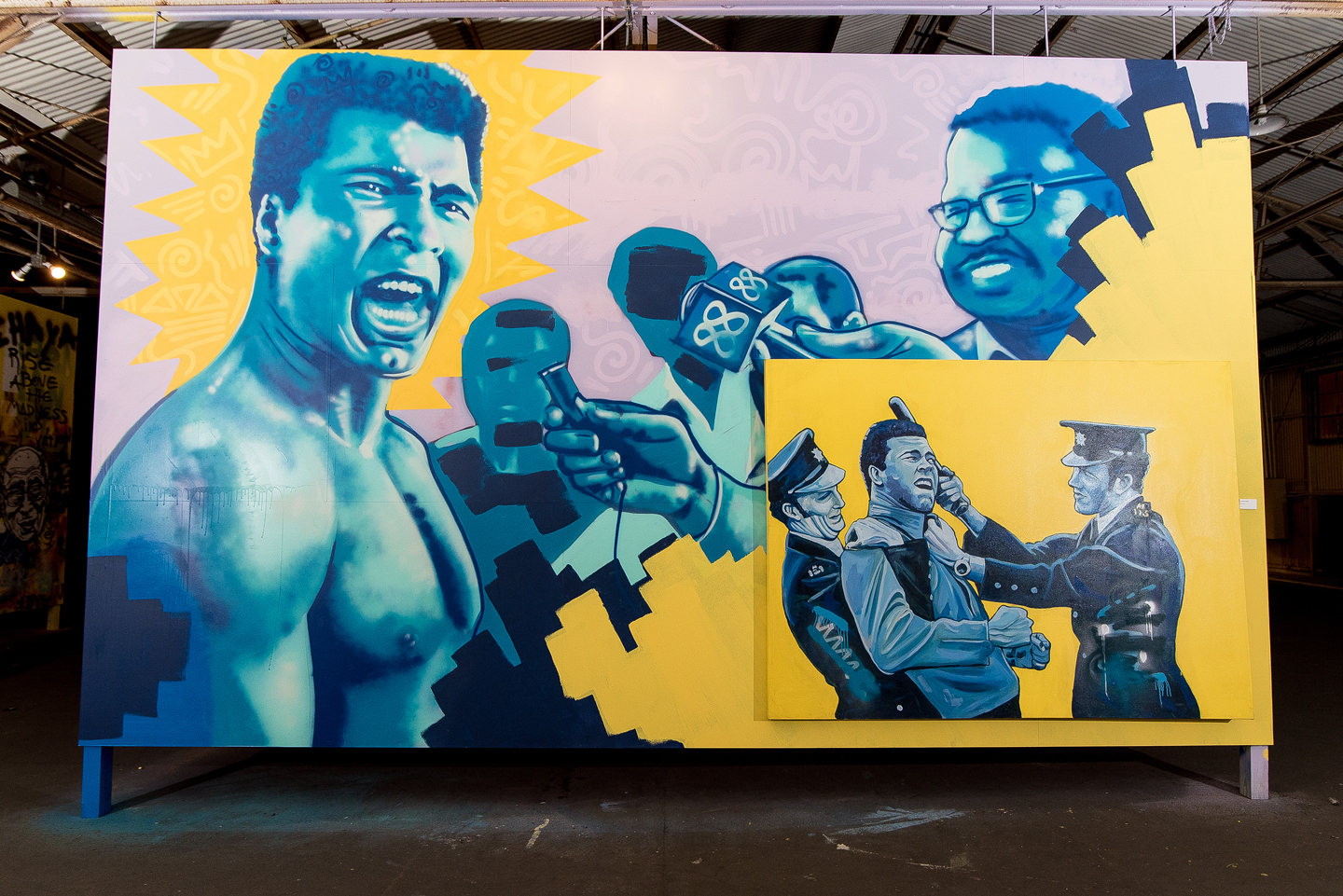 “He understood that boxing was just a vehicle for him to stand on his truth and do much more. Even though Ali worked so hard and trained so hard to be the best boxer, he knew that wasn’t the greatest aspect of who he was. In the same way, it’s how I treat my craft. I practice hard and I work hard, but at the end of the day, I know that’s not the only reason why I’m here.”

Odums’ paintings of Ali and other iconic figures are now housed and on display at his latest exhibit, Studio Be, in New Orleans.