If one were to tell Hakeem Oluseyi that a boy from a small, rural community in Mississippi would attend a historically black college or university (HBCU) and make it as one of the nation’s most recognizable astrophysicists, he wouldn’t have believed it.

The only reason he believes it now is, well, because he’s living it.

Oluseyi, 49, is one of the most popular scientists in a field that deals with the otherworldly. From his position as a distinguished professor of physics and space sciences at the Florida Institute of Technology to hosting programs such as Discovery’s Outrageous Acts of Science and How the Universe Works, Oluseyi is inspiring generations — both younger and older — with his exciting approach to subject matter that can be quite complex.

Learning to deal with adversity and helping others are skills Oluseyi honed while studying at Tougaloo College, a small, private institution in Mississippi and one of the nation’s oldest HBCUs. Oluseyi credits the college for providing a solid foundation to his success.

“Being a professor in various contexts and being a student and seeing all the people that don’t make it, it really boils down to a case of the interface between the student, the university and its culture,” Oluseyi said. “It was what I needed because it was a protected environment. I have no question that had I gone to Stanford first, I definitely wouldn’t be here. Chances are I wouldn’t have graduated college had I gone to Stanford first. I needed to go to Tougaloo. Going to Jackson State would not have been as good to me. I needed a smaller HBCU, personally.”

Before then, Oluseyi couldn’t see his future beyond the life he was living.

After Oluseyi’s parents divorced when he was 4, his mother, Elaine Plummer, decided they would relocate. Little did Oluseyi know his addresses would be ever-changing.

Toted by his mother, whom Oluseyi describes as a rather adventurous woman, the two bounced from state to state, staying a short period of time before packing up again. The only constant in Oluseyi’s life would be rough neighborhoods, including New Orleans’ Lower 9th Ward, Inglewood, California, and Houston 3rd Ward, before arriving in the rural community of Heidelberg, Mississippi.

The road trips provided long hours for Oluseyi to bond with his mother, but also to find creative ways to conquer the boredom. By age 10, Oluseyi was an avid reader who would use the time spent in a car reading everything, including encyclopedias.

“My mom loved to read and I picked that up from her,” Oluseyi said. “We had a set of World Book Encyclopedias, and I literally read that set of encyclopedias from A-Z. It was in there that I read about Albert Einstein and relativity. If it wasn’t for that isolation and moving around, I don’t know if that would’ve happened.”

In Mississippi, the home state of Oluseyi’s father, James Plummer, the 13-year-old lived in a small house alongside a dirt road, surrounded by family members and a more stable environment. In a time where parts of Mississippi still remained largely segregated, black people taught themselves to be self-sufficient. Residents of rural black communities fished, farmed and hunted their own food as well as constructed their own buildings. Although Oluseyi would still have to adjust to a new lifestyle — one he describes as labor-intensive — it was the first time he felt safe.

“I was always the new kid in a bad neighborhood,” he said. “You had to fight somebody. You were bullied and these communities were rough themselves. Mississippi was a simpler life.”

While kids in Mississippi found work during the summer, Oluseyi spent his days inside, mainly due to a skin condition that would cause horrible breakouts when he went outdoors. With the idle time, Oluseyi turned his attention once again to books. In one instance, Oluseyi taught himself computer programming. Oluseyi said he used the computer to program the effects of special relativity, which earned him first place in the Mississippi State Science Fair.

“Sometimes I think about it and I’m like, ‘Oh, my God. What must those judges have thought?’ ” Oluseyi said. “Here’s this kid from this all-black school — and the thing about it is, Mississippi ranked all of its schools. I graduated high school in 1985. Around 2000 or so, every school was evaluated on several criteria and the school was given an overall rating. There were four schools that scored the absolute worst scores in the state. Two of them were [South Side Elementary, now known as William J. Berry Elementary, and Heidelberg High School], my elementary school and high school.”

Throughout his academic career, Oluseyi also engaged in more social activities, including football and band, in which he excelled.

Oluseyi was also smart. He achieved high scores on his ACT and could crack science solutions without a second thought, but he still struggled to apply himself when it came to courses.

One day, a U.S. Navy recruiter visited Oluseyi’s high school to oversee the Armed Services Vocational Aptitude Battery test, which “measures developed abilities and helps predict future academic and occupational success in the military,” according to its website. Weeks later, with encouragement from the school’s principal, Oluseyi enlisted in the Navy as soon as he was eligible.

Oluseyi headed to San Diego, where he participated in the Navy’s Broadened Opportunity for Officer Selection and Training program. The academic program, which no longer exists as its own effort, provided upward mobility for junior sailors, affording them opportunities to become high-ranking officers. According to Oluseyi, the program took members through a year of hard-core academic training, from arithmetic to calculus. It’s where he learned algebra and completed the program as one the top 20 students in his class.

“The program started with 450, but only 126 finished,” Oluseyi said. “I made it all the way to the end and got disqualified for my skin condition.”

With no real plan B, Oluseyi headed back to the South, returning to an old lifestyle as an “aimless 19-year-old partying and chasing girls.” A couple of friends tried to persuade Oluseyi to join them at Tougaloo College, a private institution that was founded in 1869, making it one of the oldest historically black colleges in America. After hearing of the 7-to-1 female-to-male ratio, Oluseyi decided that he might as well give the college experience a try.

He started as a chemistry pre-med major, and became a member of Kappa Alpha Psi, the second-oldest black Greek fraternity.

Then, he dropped out.

“I dropped out of Tougaloo and started working as a janitor at a nearby hotel,” Oluseyi said. “I applied for the bellhop position there and didn’t get it. That’s when I literally thought to myself, ‘I can’t move up from janitor to bellhop? I’m going back to college.’ ”

In 1991, Oluseyi graduated with bachelor’s degrees in physics and mathematics. He headed to graduate school at Stanford University, which was both a culture shock and a wake-up call. For the second time, Oluseyi felt inferior and uncertain. Once again, dropping out appeared to be the better option.

“In Mississippi, I was valued,” Oluseyi said. “Everybody’s in the same economic position, so that’s not an issue. It’s about how well you talk, how well you stick up for yourself, how hard you work. When I got to Stanford, how you dressed, how you talked, all these sort of things mattered. I didn’t dress right, I didn’t talk right. No one could understand me. My vocabulary was way smaller than everyone else’s. It was really very difficult at first.”

“He was this really refined black man who had a history of education in his family,” he said. “This man taught me a different way of being.”

In 1995, Oluseyi earned a master’s degree in physics, and a doctorate in physics in 1999. Around this time is also when Oluseyi became Hakeem Muata Oluseyi, dropping his birth name, James Plummer.

“I got to Stanford and got into this other world, and I desired blackness,” Oluseyi said. “I needed some connection. My middle name, Muata, is Swahili for ‘he speaks the truth.’ I wanted to make my first name to be what I wished to become so that when people call me by my name, it’d remind me. So I chose Hakeem, which means ‘wise.’ I wanted my last name to be West African Yoruba and have some mobility to it. Oluseyi means ‘God has done this.’ I started telling everyone beforehand, and changed it officially in 1996.”

Since then, Oluseyi has been the co-author of more than 50 scientific publications and holds eight U.S. patents and four European patents. Besides his latest role as space sciences education manager for the Space Mission Directory of NASA, Oluseyi also partnered with Dig-It! Games to release ExoTrex, a science-based game in which students are sent on missions to learn more about space and solar systems. 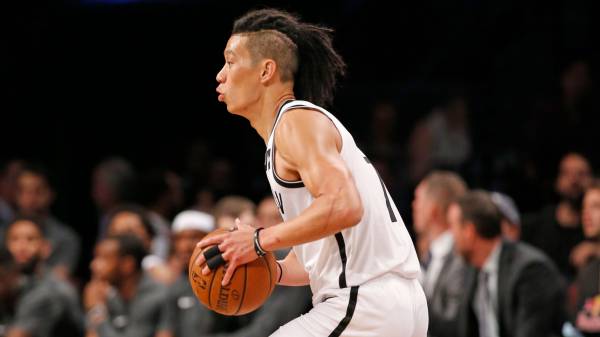 “Dig-It! Games is a company that is like me in a sense that the leadership is motivated via their values and principles and how they want to impact the world,” Oluseyi said. “It’s not strictly from a business perspective. They’re looking at how to reach people. If you look at the space of gaming and educational games, there’s a lot for math, but there really isn’t much for science. Where it exists, not a lot of it is designed to be consistent with the national education standards.”

Oluseyi’s story is one woven in struggles and failures, but also honors and high achievement. From a small, rural community to Stanford, Oluseyi relied not only on himself, but the help of others. It’s one of the main reasons that he’s motivated to help others who may be experiencing similar situations and to make information available to those who may not have access.

“The whole idea of reaching this audience, and what’s really hitting home for me is the impact of my presence in this whole enterprise, the impact that it’s having in our community,” Oluseyi said. “So many people come up to me with similar statements and how they think of themselves and their interface with science. I’ve even had cats telling me they’re going back to school now. The fact that I’m relatable to this community, and they haven’t had somebody this relatable in this role, is an amazing thing.”