Editor’s note: This story has been updated to reflect recent events.

Once there was a 10-year-old girl who found herself in an unexplained and vulnerable position. Filled with hurt and pain, in her mind she thought her presence on this earth was doing more harm than good. In her mind, she was the black sheep of the family. In her mind, she was crying out for help with a voice that no one could hear. But one day, her mind told her it was time to stop crying out. She decided it was time to end the pain she felt, or at least to try.

Before she was the center of the Chicago Sky, she was a child named Imani Stafford-McGee who tried to overdose on headache medication. It was her first attempt at suicide, but it was not her last. She was in a battle for her life. It’s a battle that many in the African-American community face but believe they are not free to discuss.

They are like Amanda Chambers, the founder and CEO of Divine Legacy Publishing, who once didn’t leave her house for three months because of anxiety attacks.

Today, the 22-year old WNBA standout and the publisher are sharing their truth in an effort to dispel the myth that mental health should remain a taboo subject.

Stafford-McGee married her college sweetheart, University of Texas football player Paul Boyette Jr., in 2015. The 6-foot-7 Los Angeles native was drafted 10th overall out of Texas by the Sky in the 2016 WNBA. Last season, she ranked seventh in the league in blocks per game and was named to the WNBA All-Rookie Team.

The troubles for McGee-Stafford, the daughter of former WNBA star Pamela McGee, began when she was caught in a custody battle between her mother and father, Kevin Stafford, at the age of 3. The court granted custody of McGee-Stafford to Stafford, implying that McGee’s playing career was interfering with her parenting ability. Her older brother, Golden State Warriors center Javale McGee, remained in the care of their mother.

She developed a rocky relationship with her mother and was sexually molested by a family member while in the care of her father. After revealing as a WNBA prospect that she had been sexually abused from the ages of 8 to 12, McGee-Stafford began to speak more openly about her battles with depression. It is one of the leading mental illnesses in the black community, followed by attention deficit hyperactivity disorder (ADHD), anxiety and post-traumatic stress disorder (commonly known as PTSD).

Using poetry and her WNBA platform, McGee-Stafford has become an advocate for mental health, most recently serving as a spokeswoman and summer camp counselor for Sparks of Hope, a nonprofit in Portland, Oregon, that helps children who are survivors of abuse. Through her time speaking out for mental health awareness, she’s observed firsthand the difficulty African-Americans face when approaching this subject. “It is one of the biggest reasons that our community is so heavily afflicted,” said McGee-Stafford.

“Poetry helped me find my voice and the confidence to tell my story,” she said. “The more I dove into poetry and shared it with others, I realized my problems weren’t unique. I would go to open mic and poetry slams and watch poetry videos on YouTube and hear all these people speaking openly and authentically about issues that were similar, if not the same, as mine.”

Among the many obstacles that burden the black community, for some the list begins with systemic racism and runs through poverty, police brutality, poor access to quality education, unequal employment opportunities and incarceration. What often won’t be found on that list is acknowledging mental illness.

There is often a “don’t ask, don’t tell” attitude when it comes to this matter, so mental health remains a secretive subject that many African-Americans who struggle with it refuse to discuss or report. While sometimes keeping things under wraps may not have an adverse effect, in other cases it can mean the difference between life and death. For McGee-Stafford, it could have been the latter.

According to the Health and Human Services Office of Minority Health, African-Americans are 20 percent more likely to experience serious mental health problems than the general population. They are also more likely to experience factors that increase the risk for developing a mental health condition, such as homelessness and exposure to violence. The National Alliance on Mental Health states that African-American children are more likely to be exposed to violence than any other race.

There are several components that make publicly discussing mental illness a challenge. One of them is the notion that it’s not real.

Chambers often found herself separating from the outside world for fear of having to explain her anxiety attacks. People often lack empathy when talking about certain disorders, she said.

“It used to be very hard because people’s stock response regarding anxiety is typically, ‘You just need to relax.’ Well, if it was that easy, don’t you think I would do it? I mean, who wants to feel anxious?

“For a long time, I just kept it to myself. I didn’t even try to explain it to my husband, let alone other people. I stayed to myself, didn’t leave the house much, which was easy because I work from home, and I stopped attending events. At the time, it was just easier for me to retreat than to have to explain myself to people who refused to acknowledge that anxiety is a real thing. At one point I didn’t leave the house for about three months.”

Dr. Janet Taylor, a psychiatrist who has appeared on several television networks, told Essence magazine that there is a general distrust of medical professionals because of their cultural bias.

“There are some health care providers who assume that … strife in black people or having a difficult time are what’s to be expected. In some cases they may normalize what may be a traumatic reaction,” Taylor told the magazine. Compound this with the fact that fewer than 2 percent of American Psychological Association members are African-American and it becomes clearer why black people might not seek help: They don’t believe providers are culturally competent enough to understand their issues.

Chambers found the strength to deal with her anxiety in her company. “It’s one of the reasons I started my publishing company,” she said. “When it comes to my business, I map everything out and set realistic deadlines that my clients and I agree on. Being able to see the deadlines puts me in control, and I don’t feel anxious at all. My clients love it because I’m extremely organized and detailed with everything, which is important in my line of work.”

McGee-Stafford found her strength to handle depression in poetry: “I always credit poetry with saving my life, and the many beautiful and supporting people I met through the art.” 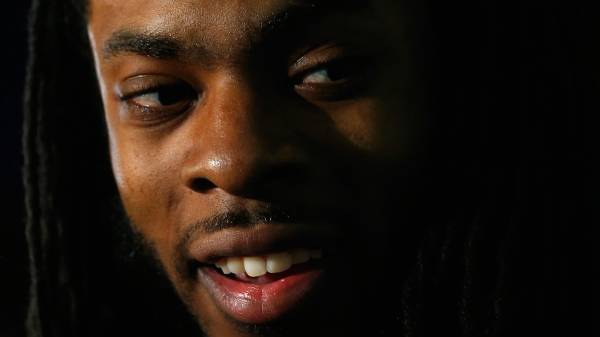 Both McGee-Stafford and Chambers understand the lack of mental health resources in the black community, and that is why they speak out. McGee-Stafford uses her life as a warning to others to seek help. “My biggest word of advice is to keep fighting,” she said. “It sounds so cliché, but I couldn’t fathom my life today at 15-16 because I didn’t want to live. But I’m so overjoyed that someone bigger than me calls the shots.

“I encourage people dealing with these issues to, one, give yourself a break; some days you may only be able to brush your teeth — and that’s OK. But you have to try again tomorrow. And, two, you have to stay hopeful. Hope is the strongest weapon you have against darkness, against sorrow. I encourage people to seek help, be it professional or a loved one.”

Chambers is trying to provide a voice for the voiceless. Through programs with her sorority, Sigma Gamma Rho, Chambers talks about mental health with college students and is more open about it now than ever before. “In the beginning, it was [difficult to talk about having a mental illness]. Now I’m very outspoken about it. I have to be, because somewhere there’s a person who’s been sitting in his or her house for three months because they are scared of what people will say. I have to give that person a voice. I know how it feels to have no voice.”

Terrika Foster-Brasby is a Saint Augustine's University grad with a BA in Political Science and a MA in Multimedia Journalism. Hailing from Detroit, Terrika loves the Colts, can quote anything Family Guy and believes Disco was the best music era ever!