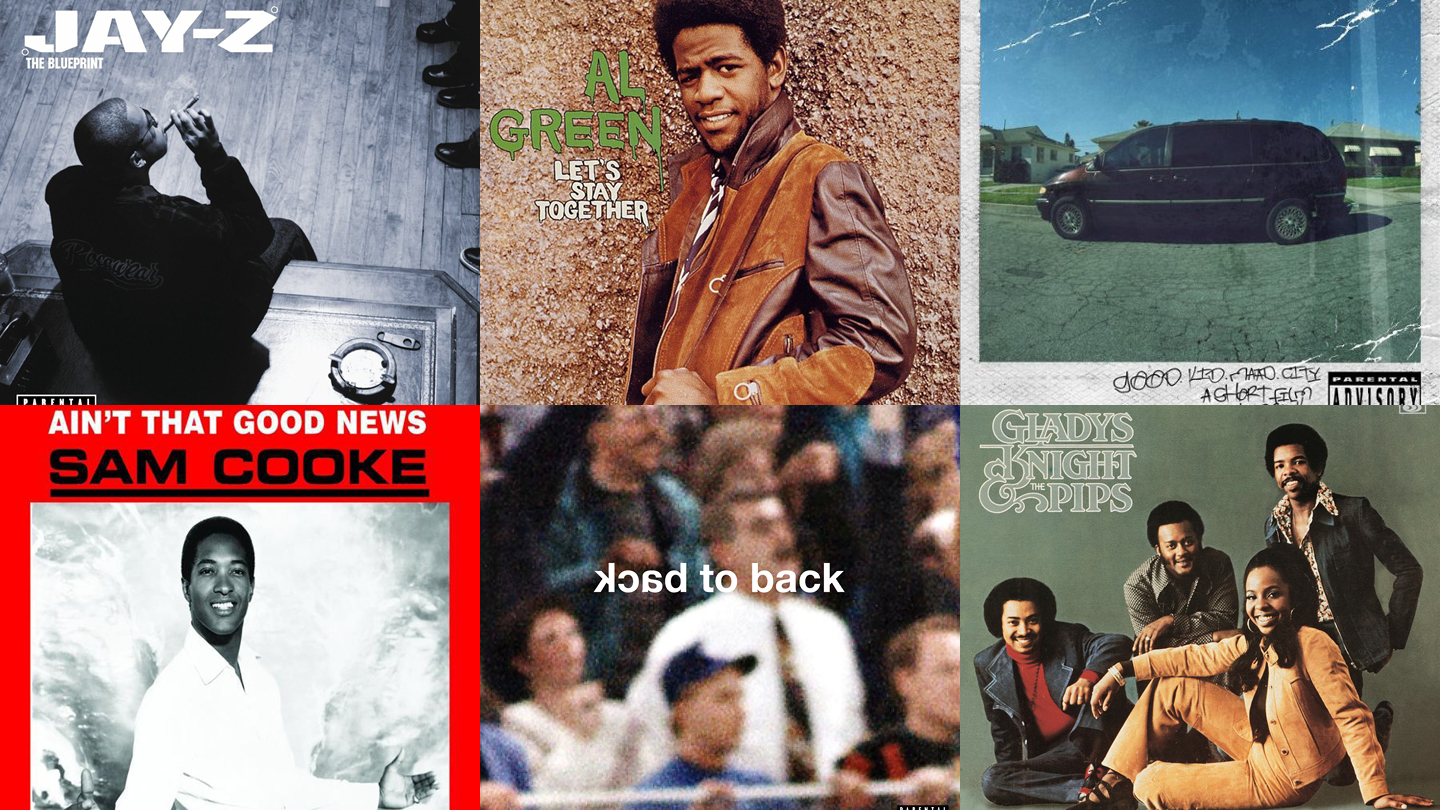 But while he’s riding over to the campus, which played a significant role in the civil rights movement, we come bearing gifts. Obama becomes the second individual (Serena Williams was the first) with his own Aux Cord Chronicles playlist. Because I’m a man of empathy, too, I’ve forgiven the president for jocking my idea — because I’m the first person in history to create playlists, of course — for his own, admittedly dope, version of ACC. The catch here? There are only nine songs. One for each year since he officially started his campaign. One for each year he’s been the most scrutinized black man in the world (sorry, LeBron James).

Obama stepped on the national scene in 2004 with his keynote speech at the Democratic National Convention in Boston. Yet, it was 2007 when the realization that he — a black man — and his black family had a chance to do what Tupac Shakur had told us we weren’t ready for.

Make no mistake about it. Hip-hop helped Obama get elected. “My President” was the unofficial anthem for the Barack Obama-Joe Biden campaign in the weeks leading up to the Nov. 4, 2008, election. But when he actually won, the lyrics, in particular the hook, took on an anthemic quality. Jeezy and Obama have had an interesting relationship over the past eight years — the president shouted him out (and first lady Michelle Obama co-signed) at the 2012 White House Correspondents Dinner, Jeezy dedicated a new song to him following the 2012 election, and then Jeezy said last year that Obama didn’t provide “the change I was expecting.” But the two — a former dope boy out of Atlanta and a former community activist in Chicago — are forever intertwined in the fabric of rap’s complex history with the 44th president. Never forget, too, Jay Z jumped on the remix. But more importantly, U.S. Rep. John Lewis was in the video, so by osmosis, Martin Luther King Jr. made it into a rap video. Kinda.

A lot happened in Obama’s first year in the White House: He pledged to close Guantanamo Bay (it’s still open, albeit less populated), passed his $787 billion stimulus package with absolutely no support from Republicans, and nominated Sonia Sotomayor for the Supreme Court. Rep. Joe Wilson called Obama a liar on national TV, Kanye West upstaged Taylor Swift at the MTV Video Music Awards. And Michael Jackson died. All in all, Obama did change the world. For what it’s worth, too, I’m still salty that PacSun (where I was working at the time) didn’t grant me the day off to attend the inauguration.

It’s the year the Affordable Care Act became law, LeBron James made “The Decision” and the Oscar Grant verdict occurred on the same day. The BP oil crisis happened and a certain current presidential candidate told whomever would listen that Obama wasn’t a U.S. citizen. A small company that would eventually take over the world was born, as well: You know it as Uber. Being young, gifted and black comes with its own set of consequences, especially when you’re tasked with leading the free world. The Donny Hathaway version is absolute money, too.

The Martin Luther King Jr. memorial officially opened on the National Mall. Spotify was born. So was the book Fifty Shades of Grey and some show called Game of Thrones. But we lost Apple co-founder Steve Jobs. As for Obama, the year is largely remembered for one moment — that he (with the help of Navy SEAL Team 6) took down Osama bin Laden. He also announced he was running for re-election. That was good, too. Because none of us were really ready to say goodbye at that point either.

Obama had haters. In 2010, Senate Majority Leader Mitch McConnell said his sole mission was to make Barry O a “one-term president.” Didn’t work. In a year that left the president of the United States grieving and frustrated (the movie theater shooting in Colorado, Trayvon Martin’s death and the Sandy Hook Elementary massacre), 2012 was defined by Young Barry doing exactly what McConnell said he wouldn’t. Back to back like I’m Obama ’08 and 2012 doesn’t have nearly the catchiness as Back to back like I’m Jordan ’96, ’97, though.

Let’s get one thing squared away before moving on. Scarface’s verse on this song is one of the greatest contributions to rap history. And it’s the exact reason that it was selected for this year. The part where he laments on a close friend losing a child? Man, listen. I’ll never not get goosebumps like when Scarface pours out his soul with And see in the second hand, you don’t really know how this is / But when it hits that close to home you feel the pain at the crib / So I called mine, and saddened my wife with the bad news / Now we both depressed, counting our blessing cause Brad’s two / Prayin’ for young souls to laugh at life through the stars / Loving your kids just like you was ours. It could be just me — and that’s fine — but Obama saying Trayvon Martin could have been his son or could have been him will always stick with me. His equivalent to that Scarface verse. It was one of those rare moments when the president really showed himself and didn’t worry about political discourse.

There’s something about that haunting instrumental which became the soundtrack of the Ferguson, Missouri, protests — for me. I’ve never met Obama, so I can’t say what he thought or how he really felt. But revisiting his comments about the Department of Justice’s findings, it just felt like he wasn’t totally behind the sincerity. It’s going to be really interesting to hear him speak on moments such as this once he leaves the White House. I could be wrong, but it wouldn’t surprise me one bit if his tone changed.

The president called Kendrick’s To Pimp A Butterfly standout his favorite record of 2015. Makes sense. But I’d give the nod to another Kendrick classic — the best record he’s ever done. When the lights shut off and it’s my turn to settle down, promise that you will sing about me, he raps. Everyone thinks about their legacy — how they’ll be remembered. You have to think, in his rare moments of privacy, this thought crossed the president’s mind last year. Dealing with international diplomacy and the very real issues in America — rising fears of anti-Islamic prejudice, the never-ending battle for gun control, the Baltimore protests following Freddie Gray’s death, Sandra Bland’s final moments replaying in his head — I could easily see this playing in the background as he stared out of a White House window with a glass of whiskey. Am I worth it? Did I put enough work in? That’s something only he can answer.

Have we always agreed with President Barack Obama? No. But the next perfect president will be the first perfect president. All that being said, we’ll miss him. We’ll miss first lady Michelle Obama. We’ll miss their daughters, Sasha and Malia. We’ll miss Vice President Joe Biden. The past eight years have been trying. But the past eight years have been a blessing to see that family carry themselves with class when their sanity was tested on a daily basis. You may not like Obama, his policies or his ideologies. But the man carried himself with the utmost class. As we see now in this current election, that’s something that can never be taken for granted.