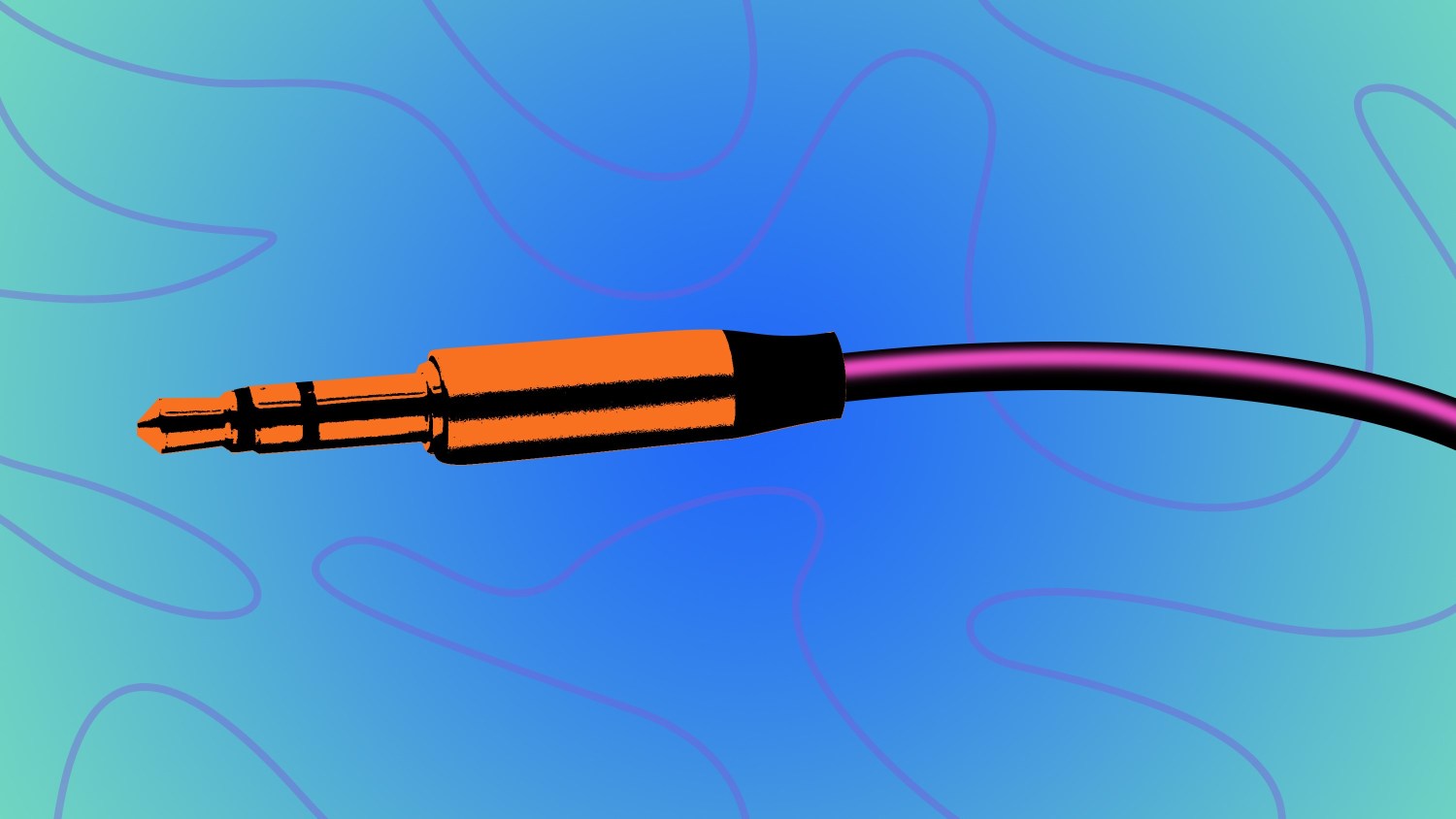 Bob Marley only lived to be 36 years old. Here are 36 songs celebrating his life and legacy

Last August, Bob Costas was gushing over Usain Bolt being the fastest man alive. The fastest man to ever live, really. Costas, so energized by Bolt’s domination of the 100 meters, proclaimed that the track and field legend had surpassed the popularity of Bob Marley, his fellow countryman. The remark was met with instant side eyes, the expected onslaught of memes and stark disapproval, which were not a slight on Bolt, an 8-time gold medalist who has established himself not only as a once-in-a-lifetime athlete but one of the most decorated in history, regardless of sport.

But we’re talking about Robert Nesta Marley here: Marley and his far-reaching influence beyond Jamaica — South Africa, in particular. A musician, yes. A Rastafarian, of course. An iconic face of the pro-marijuana movement, absolutely. Canonized for his stances on human rights, no question. But there’s an entire universe surrounding Marley — the man, his music, his life, his beliefs, his humanitarianism and his ability to unify gang leaders and political rivals — that very few in music have sustained for decades and generations. The 10th chapter of Aux Cord Chronicles is dedicated to the man himself — and the legendary Wailers. Thirty-six songs for the 36 years of a life that created music that still serves as the soundtrack of lives in Kingston, Harlem, Los Angeles, London, Johannesburg, Dubai and everywhere in between.

Credited as Marley and The Wailers’ first hit, the record — which sounds like Motown, had the label been hip to reggae at the time — is a kind of “stop the violence” anthem. Marley, then 18, made the song to appease his mother, Cedella, who was worried about the guys her son was running with in Trench Town. The ode’s focus rests solely on the shoulders of the local “rude boys” who were making news for the ruckus their violent behavior was causing. Once you know about the background, the song sounds completely different.

Written about his wife, Rita, “Stir” has since become a stoner’s classic in a catalog that has its fair share.

Suffering from cancer, and with only a short time left to live, Marley performed the final concert of his life in Pittsburgh on Sept. 23, 1980. During rehearsal, the ailing singer instructed the band to play this song over and over. And over. He never performed it.

You say you need me/ I need you, too/ Baby why don’t you stop your crying/ And dry your weeping eyes/ You know I love you. For all the lovers out there who aren’t together, but really should be together.

Just Marley, his guitar, his voice and a string of classics, including “Stir It Up,” “Comma Comma,” “Cornerstone” and more.

While not the most popular from Bob and The Wailers’ catalog, it’s undoubtedly one of the grooviest. He later re-recorded this for his 1978 Kaya album.

We don’t need no more trouble. It’s wild. The more things change, the more they stay the absolute same. The whole world should sit down and smoke a doobie and listen to Bob. I guarantee a lot of the issues could be solved.

Had Bob had his way, the song would’ve sounded a tad different. The hook was originally intended to say “I shot the police.” Alas, “the government would have made a fuss, so I said, ‘I shot the sheriff’ instead … but it’s the same idea: justice.” Someone ask Ice Cube or Dr. Dre if they knew this heading into recording NWA’s own law enforcement protest anthem 15 years later.

Bob and The Wailers’ original version came about after an emotional trip to Haiti. The country’s poverty called Marley to action. The internationally famous anthem was often the last song Marley would perform onstage. But by 1978, he began to question whether the song had done its job. “How long must I protest the same thing? I sing ‘Get Up Stand Up,’ and up till now people don’t get up,” he said in the 2011 documentary Bob Marley … In His Own Words. “So must I still sing ‘Get Up Stand Up’? … I want people to live big and have enough.” This was also the last song he performed live.

While “Simmer Down” was a call to stop the violence, here Marley and The Wailers took a U-turn. In fact, they took a shot at fellow Jamaican artist Jimmy Cliff’s 1972 “Many Rivers to Cross,” asking sarcastically: How many do we have to cross?/ Before we can talk to the boss? Subliminal disses didn’t start with hip-hop.

Bob was pulled over by the cops at 3 in the morning. And he had to throw away his “herbstalk” (aka loud pack) before the boys found it.

The voice of the voiceless, Bob offered the eternally relevant prophecy A hungry mob is an angry mob. (Not so) Funny how these lines apply today. And not just with regard to food either.

Tupac Shakur once said, “There’s gon’ be some stuff you gon’ see that’s gon’ make it hard to smile in the future. But through whatever you see, through all the rain and the pain, you gotta keep your sense of humor. You gotta be able to smile through all this bulls—. Remember that.” Bob basically said the same thing on “Talkin’ Blues.”

By any metric, this has to be at the very least a top five track from Bob. Top three, even. Hell, catch me on the right day, this might be the GOAT. The live version, which Rolling Stone dubbed the 37th greatest song ever recorded and “one of reggae’s most beloved performances,” is an absolutely perfect song from beginning to end. Also: Marley made sure childhood friend Vincent “Tata” Ford received writing credit in order to keep Ford’s soup kitchen in Kingston open through his death in 2008. In an obiturary for Ford, Spencer Leigh wrote in The Independent that while Ford did not actually write the record, Marley often spread out his writing credits to ensure “lasting help to his family and friends.”

If you get down and you quarrel every day/ You are saying prayers to the devils, I say/ Why not help one another on the way/ Make it much easier. Bob was speaking that real. “Positive” is featured on the 1976 album Rastaman Vibration, the first Marley release to crack the top 10 on Billboard’s 200.

We’re going to chase those crazy baldheads out of town. You can likely guess who Marley and The Wailers are talking about here. On arguably his most explicitly revolutionary record, Marley’s call gets real when discussing his people’s plight. Build your penitentiary, we build your schools/ Brainwash education to make us the fools, he sings, Hate is your reward for our love/ Telling us your God above.

A month before the assassination of President John F. Kennedy, Ethiopian Emperor Haile Selassie I called for world peace. This song is largely, and literally, the musical interpretation of Selassie’s October 1963 speech before the United Nations General Assembly. Rastafarians view Selassie in a religious context, believing he was the living incarnation of God.

You can’t be waiting around forever on love that may never come back or come around. Easier said than done, but Marley and The Wailers deliver a seminal Exodus standout as well as a timeless ode to all the hopeless romantics who want love to play in their favor just once.

For anyone born after Marley’s passing, like yours truly, this is probably one of the first songs from his catalog you were introduced to. It now stands as one of his most popular records, but believe it or not, it actually didn’t chart as a single until 1980.

If the world could use any song as a uniting force these days, it’s this one.

For anyone living life under a false pretense, attempting to maintain an image that isn’t them, or who is portraying anyone other than him or herself, this Bob is for you.

It’s the title track from the album that turned Marley into an international tour de force. It also wasn’t recorded in Jamaica. Rather, the song and album were recorded in London after a December 1976 assassination attempt on him and his wife, Rita.

Again, another high-quality stoner anthem. But Bob’s commandment — to keep finding the beauty in life, despite the evils in life — reigns supreme.

One of the all time great feel-good songs. And, no, this isn’t up for debate.

You can run away from your troubles, Bob insinuates, but eventually you’re going to have to address them. And if you believe your problems have no peer, just know there’s someone out there dealing with far worse. A song about perspective.

I feel so high I even touch the sky. Yep, basically. Widely viewed as one of the greatest smoking anthems ever, let’s just say if there were an official 4:20 playlist, this would be on there. Former Wailer Peter Tosh’s “Legalize It” would be there too.

The final song on 1979’s Survival was along the lines of the project’s militant theme. Basically, what the O.G. is saying here (long before Gucci Mane) was don’t get lost in the sauce. And don’t get in your own way. There are enough distractions in the world.

Every man got the right to decide his own destiny. That’s reggae icon speaking truth to power. This song actually became the rallying cry for African rebels revolting against the Rhodesian government in the Bush War.

His faith was solid. That wasn’t going to ever change.

When one door is closed, don’t you know, other is open? My grandma always tells me you can spend time sulking over a setback or someone telling you “no.” But you’re just allowing the “yes” that was meant for you to go to someone else. I knew she liked Bob Marley, but I didn’t realize she used his lyrics in everyday life.

Marley wrote this with the sole intention of it being a hit. Mission accomplished. His Uprising tour (the last of his life) would take him into the United States, and he figured reggae would not be immediately accepted — hence the song’s disco feel. Because — believe it or not, at least in America — Bob wasn’t the iconic symbol of freedom and timeless music he’s been immortalized as in the decades since.

The last cut on the last album Marley recorded resulted in one of the greatest sociopolitical records ever recorded. All I ever had, redemption songs/ These songs of freedom. Records like these prove that though his physical presence is no longer here, Bob Marley is still very much alive, well, relevant and kicking.

While it was recorded in the early ’70s, this wasn’t released until 11 years after his death. Fun fact: Island Records’ Trevor Wyatt discovered the record by pure chance. How, you ask? He left the rehearsal cassette playing while pouring himself a glass of water.

Bob and The Wailers recorded the original in 1977. But it’s the addition of L-Boogie — who, of course, married and had five kids with Bob’s son Rohan — that gave a classic a brand-new paint job. It’s become a classic in its own right.