I want to live in Ava’s world. I have to find a portal that will take me there. I plan to search old houses until I find the wardrobe where I can cross over from this reality, turn left at the lamppost, and keep walking until I find the Narnia, which director Ava DuVernay created in the new Queen Sugar series, which premiered Tuesday and Wednesday night on OWN.

Like the South itself, DeVernay’s Queen Sugar never allows us to view the present without visual cues of the past. We watch a proud black man and his son walk through rows of sugar cane on land they own. As the camera pulls away, the rows extend behind them, forcing us to consider the past. We are called to remember the history of the U.S. South, the Caribbean, and the African coast — generations of black bodies stolen and broken for sugar and its profits. The beauty of the Southern terrain is always juxtaposed against the violence of its history. Southern trees bear strange fruit and the melody of our anthem will never be in tune if it isn’t played in the key of this historical truth. In Ava’s world, we do not forget our history, because every glance at her achingly beautiful world reminds us of our pain, our progress, and our possibility. 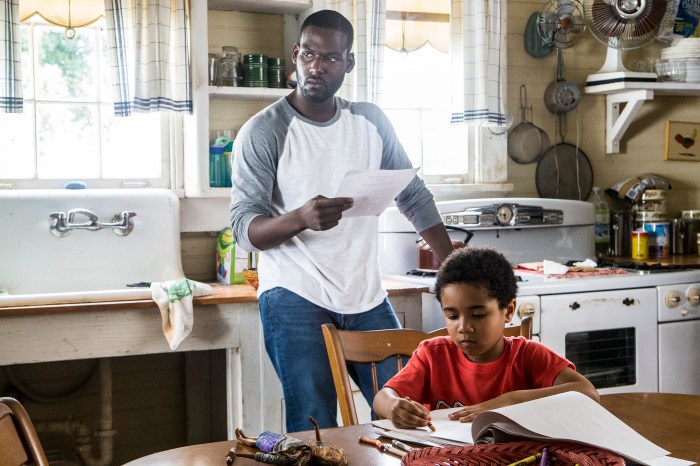 I want to live in Ava’s world, where black people are fully human — all of them. The first episodes of Queen Sugar felt more like film than television. OWN made the unprecedented decision to air the premiere as commercial-free director’s cuts in two parts (Brava, Oprah!) allowing the episodes to take on atypical pacing. In effect, across Tuesday and Wednesday nights, DuVernay gave viewers a film whose characters we will have the pleasure of following throughout an entire season of television. And what extraordinary characters they are. Each one rendered and brought to life with rare complexity. Charley — the rich, light-skinned, sister — is not a lonely fool we should automatically root against or a perfect success we should clearly aspire to be. Nova — the breathtaking, brown, activist, sister — is neither an angry foil nor a magical answer for the family. We can’t assume we know these characters; we have to invest our attention and care in getting to know them. Perhaps if we could see one another through DeVernay’s lens, we could address the racial and partisan divides threatening to tear us apart.

We watch as the one Bordelon brother, Ralph Angel, delicious and dangerous, holds up a corner store with the gun stuffed in his waistband then returns to his beloved son on the playground and lifts him tenderly. In another scene, the anger seethes so close to the surface of Ralph Angel’s clenched fists that we just pray he will turn around and get back into the truck. Then DeVernay allows us to watch as he bears witness to his beloved father’s crossing to the other side of eternity — three generations of Southern black manhood embracing wordlessly. Men have a full range of emotions in Ava’s world. And children are not just props; they have ideas and feelings, humor and heartache. In Ava’s world, black people are fully human, and exquisitely gorgeous.

But here is the reason I most want to live in the world DuVernay created. In Ava’s world, everyone — every single one — is woke to intersectional analysis. Spoiler alert: If you haven’t seen the show and don’t want to know what happens, stop reading now.

A central element of the first episode is a “ripped from the headlines” storyline at the heart of current debates around sexual assault, rape culture, and bystander complicity. Charley Bordelon-West is married to a star basketball player whose rookie teammates are accused of sexual assault after a potentially damaging, but apparently ambiguous videotape emerges. Charley and her husband publicly support the young players and are praised by media for doing so. Charley’s confidence in her husband’s fidelity and the innocence of his colleagues borders on smug. Then while she is watching her husband play a live game, a TMZ-like website releases a hotel surveillance video showing her husband groping and carrying a naked young woman into the hotel room for his teammates. Presumably these are things that might happen in the world we live in.

Here is what happens in Ava’s world.

As video goes viral and each fan in the arena sees the shocking footage on his or her mobile device, the reaction is the same — each begins to boo and shout “rapist!” Every professional basketball fan knows what this video means. Every person in the arena recognizes that this young woman has not consented to sex. Every person in the arena knows that if a partner has not given consent, then the sex act is rape. Every fan in the arena knows that if you are watching a rapist play your favorite sport for your favorite team, the appropriate reaction is to boo. Instantly. Loudly. The moment Charley sees the video, she knows too. She is devastated, but she is not confused. Boo. Boo. Boo. Boo.

Damn it, where is that wardrobe?