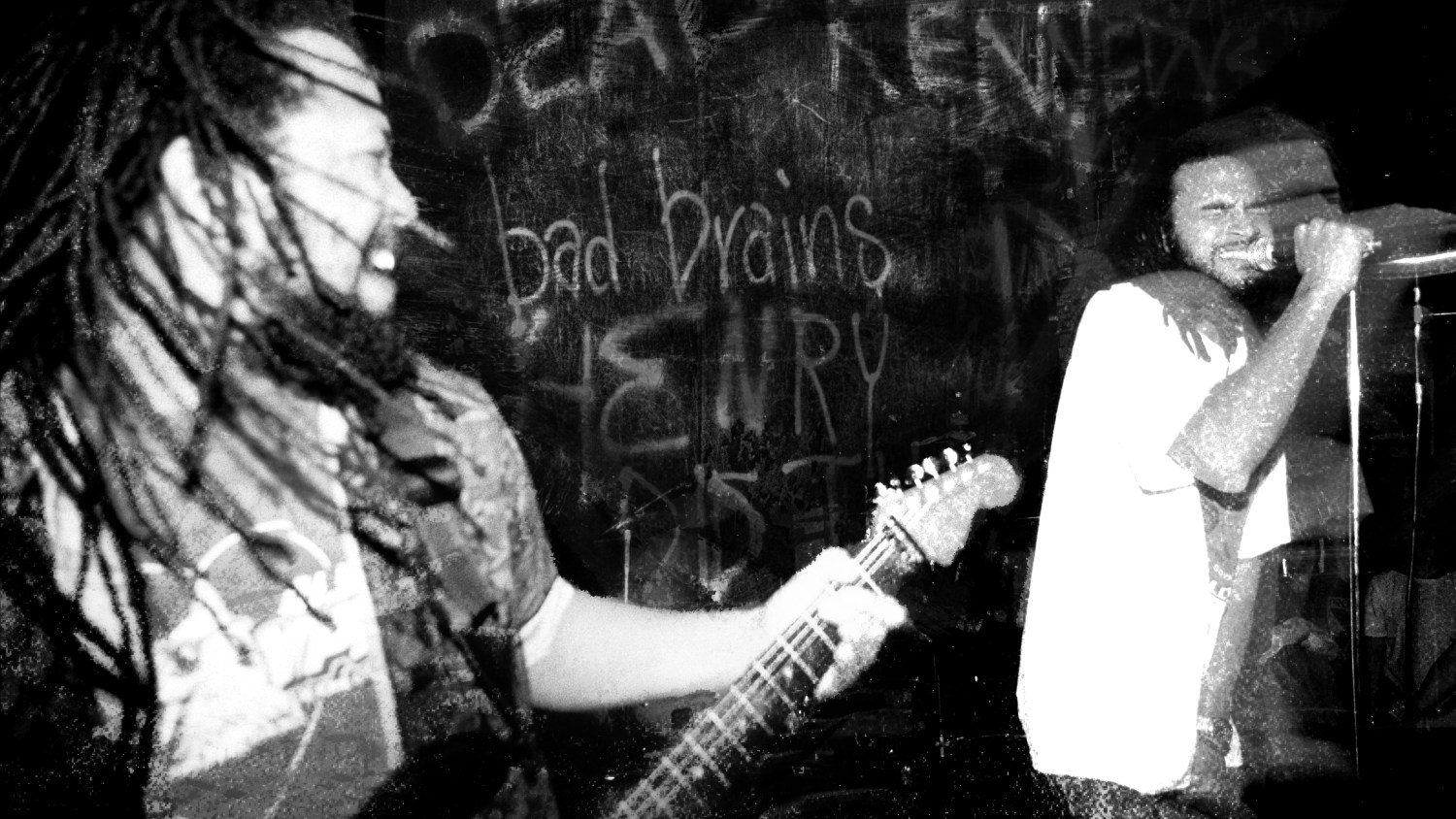 Bad Brains: The band that added some much needed color to the American rock scene

A history of the group whose music inspired The Roots, The Weeknd, Nirvana and more

In 1977, at a colonial home on R Street in Southeast Washington, D.C., four young black musicians inspired by punk groups like the Sex Pistols and The Damned set in motion a plan to start a rock band. Hell-bent on creating original songs even more extreme than the high-velocity punk emanating from New York and the U.K., the quartet eventually christened itself “Bad Brains.” Youthful idealism aside, they probably never suspected that their modest launch was the beginning of a global musical insurgency.

In 2016, Brains-mania took even firmer root when the quartet was nominated for induction into the Rock & Roll of Fame. The band — whose classic lineup features vocalist Paul “H.R.” Hudson, guitarist Gary “Dr. Know” Miller, drummer Earl Hudson and bassist Darryl Jenifer — celebrates its 40th anniversary this year, and its legend has ripened to mythic proportions. Citing classic Bad Brains albums such as Rock for Light, I Against I, and the band’s self-titled 1982 debut, a multitude of high-profile acts now name Bad Brains as an influence, including Rage Against the Machine, The Roots, Guns N’ Roses, Red Hot Chili Peppers, No Doubt, and Beastie Boys. Dave Grohl, Foo Fighters frontman and former Nirvana drummer, has confessed that the drum volley that opens Nirvana’s revolutionary 1991 “Smells Like Teen Spirit” was inspired by Earl Hudson. More recently, pop R&B superstar The Weeknd said that his acclaimed new album Starboy was partially inspired by the Brains.

Singer H.R. Hudson — who nowadays also goes by the name Joseph — said the snowballing interest in Bad Brains doesn’t surprise him. “[Our popularity] is due to our message and our style, and also the Almighty One,” he said. While H.R. Hudson sees divine intervention in Bad Brains’ burgeoning recognition, others attribute it to less mysterious forces. “Do you know of any other band that powerful?” asked James Lathos, director and author of 2016 Bad Brains documentary Finding Joseph I. “The words in those lyrics, the way they were sung — you’re talking about spirituality, somebody craving God. That’s a link for people not only to listen to the music, but to also live better.”

“Do you know of any other band that powerful?” — James Lathos

According to Steven Blush, author of American Hardcore (Feral House), to understand Bad Brains’ lordly place in rock history, one must understand the era that spawned them. Before Bad Brains’ arrival, American rock radio was dominated by white artists such as Led Zeppelin, Bad Company, Eagles and Lynyrd Skynyrd. Rhythms rarely rose above mid-tempo, and any band that sounded too “ethnic” was excluded from airplay consideration. Playlist repetition was mind-numbing. “It wasn’t that we hated Pink Floyd,” said Blush, “it was that we hated hearing Pink Floyd a zillion times.”

Into this woeful state of affairs descended Bad Brains, a black band that cut its teeth learning jazz fusion songs by Weather Report and Lonnie Liston Smith. When the band discovered counterculture artists such as the Sex Pistols and Bob Marley, they did an about-face, applying their jazz dexterity to original punk and reggae tunes. “They had Mahavishnu Orchestra/Return to Forever kind of chops,” said Blush. “Nobody else in punk or new wave could do that. They were probably the greatest single musical force at the time.”

Self-styled virtuosity was only part of Bad Brains’ appeal. After reading Napoleon Hill’s motivational classic Think and Grow Rich, singer H.R. Hudson coined the acronym “PMA”: “Positive Mental Attitude.” Before long, the singer was folding affirmations into songs, making virtuous living cool among punk fans. Then, there was the stagecraft of it all. As evidenced by vintage concert footage, H.R. Hudson’s feral performances were punctuated by backflips and fearless stage dives that gave birth to the slam-dancing ritual known as “moshing.”

The positive lyricism, the vein-popping intensity of the music, the push-and-shove dancing — the whole thing spoke to a new tribalism. The four kids from D.C. hadn’t just created a fresh brand of music, but a lifestyle that thrust them to the forefront of an international rock movement dubbed “hardcore” by fans. “You saw them once, and it changed your life,” said Blush, who witnessed Bad Brains perform numerous times while attending George Washington University in the ’80s.

Before long, the singer was folding affirmations into songs, making virtuous living cool amongst punk fans.

For thousands of black kids, Bad Brains are celebrated as conquering heroes. “They’re definitely a Punk 101 band,” said James Spooner, director of the 2003 documentary Afro-Punk, and founder of the international music festival of the same name (he has since parted ways with the festival). Spooner recalls the excitement of first hearing Bad Brains on a cassette tape his mother bought him at age 13. “There wasn’t any pictures of the band on the cassette,” Spooner said. “Then a friend told me, ‘You know they’re black, don’t you?’ and I was like, ‘What?!’ Up to that point, I had never seen or known any black punks besides me and my friend, Travis. It just validated everything.”

For Spooner, the Bad Brains saga underscores the surprising role black bands played in punk-rock history, including New York’s Pure Hell and the Detroit-area trio Death, whose proto-punk story is documented in the 2012 documentary, A Band Called Death. “If you spend some time looking at the ground floor of the punk scene, you’ll definitely find important black figures throughout,” Spooner said, “but clearly Bad Brains stands out. It’s not that they were just black guys. They were amazing musicians playing a brand of punk rock that just hadn’t existed before.”

I’m scheduled to interview Bad Brains vocalist H.R. Hudson, but as the hour approaches, I worry that I’ll inadvertently ask a question that offends the singer. It’s common knowledge among Bad Brains fans that H.R. Hudson struggles with psychiatric and neurological disorders, so as I nervously dial his number, I pray that I catch him at a good time.

The singer answers, and I anxiously introduce myself.

“Hey, man! How you doin’?” H.R. Hudson said, greeting me like a long-lost pal. Mere seconds later, he asks me to identify myself again, and I begin to fear the interview is already derailing.

With his teen idol good looks and formidable charisma, H.R. Hudson was a born rock star. But as chronicled in several books and documentaries, he and his bandmates had numerous opportunities to parlay their regional popularity into world renown, but the band’s concerns about artistic integrity and being corrupted resulted in decisions that undermined any chances for major label success. Some recent Bad Brains performances have been marred by eccentric behavior that has alienated fans. Depending on whom you ask, H.R. Hudson is either an asset or a liability.

“There’s always the question of what could have happened,” said Lathos. “The fact that he didn’t sell out and do all these big [record] deals is a kind of cool thing. How do you write a song like ‘Destroy Babylon‘ and then sign a million-dollar deal? H.R. was the truth, the real deal.”

“The only thing that stopped the Bad Brains, were the Bad Brains,” said Blush. “H.R.’s mental health issues. Nobody will say that, but that’s really what we’re talking about. Having said that, this mania is part of what has happened through centuries and centuries of artists. H.R. is just another in a long line.”

H.R. Hudson said he always struggled socially. He said he was so withdrawn as a child that he “didn’t talk to people at all.” So I ask the singer if music drew him from his shell. “Yes, sir,” H.R. Hudson replied. “I think that due to our position — and also because people believed in us — [music] helped us to believe in ourselves. And we just kept on trying.”

He confirmed that he and his bandmates gorged on the complex jazz-rock sounds of Frank Zappa, Stanley Clarke and Chick Corea — but why did Bad Brains gravitate to dirt-simple punk rock? “The method of playing,” H.R. Hudson replied. “It was easy.” And reggae? “We went to a gig in Maryland, and we got to see Bob Marley,” he explained. “Once we saw Bob Marley, we knew that reggae music was on the rise. We wanted to be a part of it.”

“Up to that point, I had never seen or known any black punks besides me and my friend, Travis. It just validated everything.” — James Spooner

As the interview progresses, H.R. Hudson’s answers become more mysterious. I ask if the continued attention he receives is difficult. “Oh, not at all … this just shows that people, good people, are thinking about us,” he said. “We’ll keep on trying, and we’re going to get together again and try it some more.”

I inquire about his health. “I do get headaches sometimes, but things are improving,” he said. “My wife has been taking me to the hospital from time to time, and the medication is a bit better. And for that reason, I am getting it together.”

The phrase “getting it together” leads me to inquire about the current status of Bad Brains. Reportedly the band has been working on an album entitled Mind Power. Will the new music ever see the light of day? “Yes, sir, I do think that we’re going to do it again,” he said, “but we may go into a different genre.”

He laughed. “It will be a surprise. I don’t want to spoil the surprise, you know what I mean?”