Everything appears to be perfect as Vernon Littlefield, Ricky Jerrett and Charles Greane jog down a California street. Ice Cube’s “It Was A Good Day” bumps, and Spencer Strasmore is attempting to describe to the guys what an annuity is. Retired NFL running back Eddie George even randomly pops up to help explain the concept in this sequence, which feels as magical as what Cube details on his iconic 1993 track.

Then, the entire crew comes to a halt. And as Spencer looks out ahead of him, the road is cracked, and hot lava is bubbling and oozing from the earth. He turns around to discover that his friends are gone and he’s by himself.

Spencer’s dream quickly turns into a nightmare, waking him up in a cold sweat to open one of the best episodes the Ballers writers have ever produced.

After the dream, Spencer (Dwayne “The Rock” Johnson) is late to a business meeting in which Brett Anderson (Richard Schiff) and Joe Krutel (Rob Corddry) are discussing selling Anderson Sports Management to finance their $2 billion plan to deliver an NFL team to Las Vegas. Mr. Anderson and Joe are all in, but Spencer is skeptical. He knows their true calling is helping their clients — two of whom are battling demons caused by Spencer’s lack of support while focusing on Vegas rather than their livelihoods.

The video of Ricky (John David Washington) wandering into a neighbor’s house and punching their teenage son, Jimmy Burns, leaked onto the internet, forcing Ricky’s team, the New England Patriots, to request that the wide receiver get help. While meeting with a therapist, Ricky admits that a long career on the field, filled with countless hard hits to the head, has led him to lose himself.

“I’m not gonna lie to you … I’m an emotional guy. Sometimes I feel like the sun is shining and all is right in the world. And other days … I feel like there’s a dark cloud, and I wanna kill somebody, even myself,” says Ricky in one of the many rich moments of dialogue in the episode. “It’s like there’s two different people. There’s Ricky … and there’s Jerrett.”

While the 16-year-old Jimmy is blowing up from the fame of the video in which he got punched, he threatens to talk to TMZ about what truly happened. But all he wants is Ricky to pick him up from high school in his Ferrari so he can be cool in front of all of his friends. Ricky obliges and finds solace in Jimmy, who is the first and only person to whom he reveals that he isn’t “right in the head.” 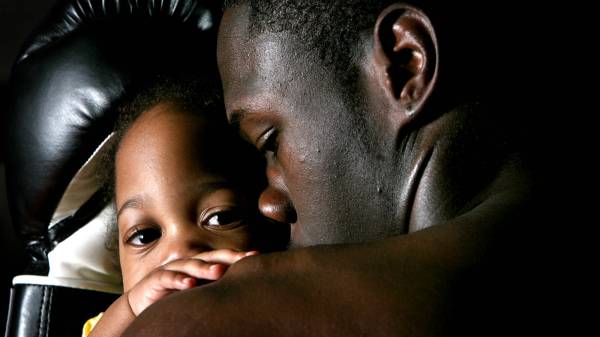 Boxer Deontay Wilder fights for his daughter and himself Read now

As one situation is defused, so is another. Joe and Reggie (London Brown) take a trip to the NFL league offices to meet with Candace Brewer (Emayatzy Corinealdi) on behalf of Vernon, who’s facing a four-game suspension after testing positive for marijuana. Reggie skillfully persuades Candace to lower the penalty to two games, all the while making Joe realize that a moment like this is why he’s an adviser to athletes. More importantly, Joe realizes that ASM isn’t worth selling.

If there’s one thing that this episode tells us, it’s that every Ballers character is at a crossroads. Ricky with his mental health. Vernon with his future in the league. Charles (who receives an interview for the GM job of the Los Angeles Chargers) with his future in the front office. But in the end, just as we saw in his nightmare, Spencer might end up alone.

“I’m out,” he exclaims in the episode’s final moments. “We’re selling ASM.”