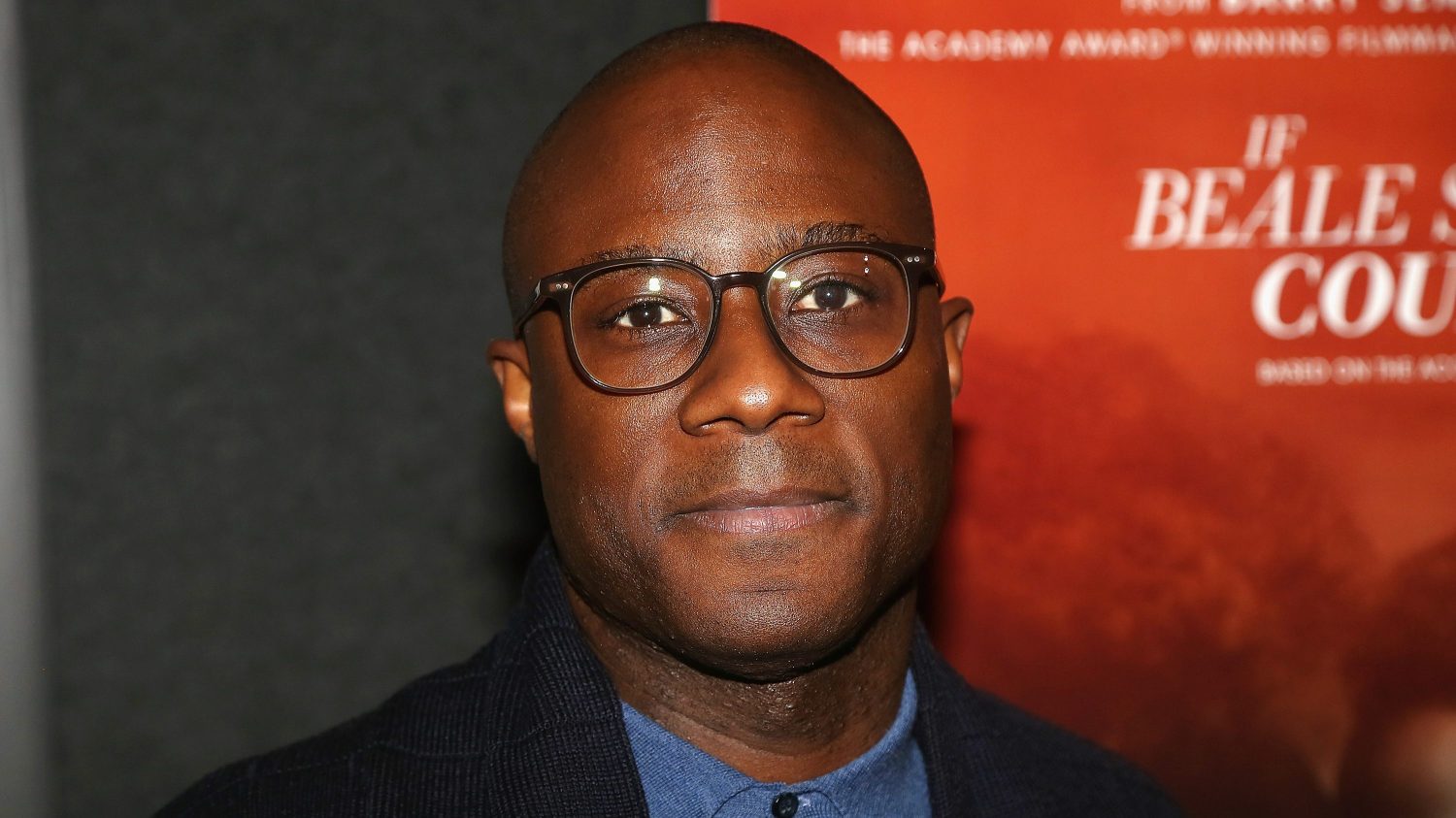 Writer/director Barry Jenkins at a screening for “If Beale Street Could Talk” hosted by Kerry Washington at Landmark 57 Theatre in New York City on Nov. 26. Bruce Glikas/Getty Images
Film

Don’t be fooled by director Barry Jenkins’s 5-foot-8-inch frame and nerdy, bespectacled appearance. Once upon a time, the Oscar winning-director of the new and already critically acclaimed If Beale Street Could Talk was a pretty good football player — he had skills. And he competed with and against some of the best in the state of Florida. Guys who made it to the NFL.

Before Jenkins collected his gold trophy in 2017 for his coming-of-age story Moonlight, he was putting in work at Miami’s famed Miami Northwestern Senior High School as a running back. The school and its surrounding neighborhood, Liberty City, produce more NFL talent than anywhere else: wide receivers Antonio Bryant and Amari Cooper, linebackers Marvin Jones and Khalil Jones, and so many more. There’s even a LeBron James co-produced (with Luther Campbell and Maverick Carter) docuseries, Starz’s Warriors of Liberty City, that debuted Sept. 16. It’s focused on the Miami neighborhood — and on football. Jenkins has fond memories of his hometown, and his high school, where he ran track besides playing football.

“When you go to FSU, you see what actual athletes look like, and it’s like, Yeah. OK. Cool.”

“I played with people who were really, really, really good,” said Jenkins. “I was decent, but I was not as talented as those cats. There were three running backs on my team at Northwestern, and two of them made it to the NFL — the other one is me.”

But don’t cry for Jenkins. He’s done quite well by his life choices. At the age of 39, he’s earned an impressive list of nominations and wins for 2008’s Medicine for Melancholy and, of course, 2016’s Oscar-winning Moonlight, which also picked up wins from the Independent Spirit Awards and Los Angeles Film Critics Association, a Writers Guild of America award and a New York Film Critics Circle award. And surely there are more wins on the way.

For Jenkins, football beyond high school was nonexistent. His grades were excellent and he earned an academic scholarship to football powerhouse Florida State University, where he saw former schoolmates suit up for games. Jenkins knew he made the right choice. “When you go to FSU, you see what actual athletes look like,” he said, deadpan, “and it’s like … Yeah. OK. Cool.” The Florida State Seminoles won one of their three national championships in 1999. Jenkins’s high school has won at least five Class 6A state championships.

“The most concrete examples of nurturing, of tutelage, especially as far as black men were concerned, was in my athletic endeavors.”

Track wasn’t the wave either. “I was a good hurdler, but the hurdles get higher in college and I’m like 5-8, so there’s no way. And it was just one of those things that was fated, because there just happened to be a film school at Florida State, and I kinda stumbled into it.”

That stumble proved fruitful, but Jenkins didn’t abandon sports altogether. It’s clear the writer and director has a love affair with athletics; sports somehow show up in nuanced and overt ways in his work. In Beale Street, which was adapted from James Baldwin’s novel and is already a front-runner for the coming awards season, there’s a line whispering of Muhammad Ali’s greatness. But it’s Jenkins’s background as an athlete that he works through when he’s creating his art.

“When you demystify the process of making films, when you’re actually on a film set, it is a very immersive physical endeavor,” said Jenkins. “And it is like the director or producers are like football coaches or GMs [general managers], in a certain way. Because I’m not the one who’s setting up the lights. I’m not the one giving the performance, doing the acting. I’m just calling the plays and, hopefully, helping people bring out the best in themselves.”

#tbt Of the running backs pictured here, two made it to the NFL, one a pro bowler, the other both a MLB player and a part of a fierce Green Bay Packers rotation. A third RB pictured here occasionally makes movies. But yeah, I played with some greats!

He said that when he got into film school, his only experience in a similar collaborative environment was in athletics. “It always just seemed like the two things were related in a certain way,” he said. “The most concrete examples of nurturing, of tutelage, especially as far as black men were concerned, was in my athletic endeavors, to be honest. Even though I didn’t pursue a life in athletics, I think so much of what I do now, whether it’s the operation of a company or the operation of my film sets, is dictated by the things I learned while an athlete.”

Much of that is evident in Beale Street. In it, he coaches new film actor KiKi Layne (this is her first film role) into what is already an award-worthy performance. So far, she’s earned a nomination for breakthrough actor at the Gotham Independent Film Awards, which were held Monday night in New York.

Beale Street is a story of white supremacy and blackness in 1970s Harlem — and, eerily enough, the same type of story that dominates today’s headlines. It’s narrated via the voice of Layne’s character. She’s facing an uphill battle against an unfriendly system.

This is how Jenkins’s art works: as activism. In Moonlight, he delivered a black, gay, coming-of-age story unlike anything audiences had ever seen. In Beale Street, a relatable lack of social justice, presented through the experiences of a black woman.

“I’m just trying to tell these stories in the way they demand to be told,” said Jenkins. “It’s really important for me to use my … visual voice … to do things with the work that takes it and extends it to a whole place beyond. … So now, visually, artistically, what is it about this image? Is it about the way these actors’ skin looks? Skin tones? What is it about the way two black men can sit in silence and sit with this trauma that they were doing to each other? What is it about that? And the themes that Mr. Baldwin is working at, they take [the cinematic characters] to a new place.”

The film is visually stunning. Perhaps even overriding the trauma laid out in the story is simply how beautiful the characters look on film. Embedded in the horror of black skin being criminalized for being black is a magnificently shot story of young, black love. It’s reminiscent of the way Jenkins received acclaim for how gorgeous his shots were in Moonlight while bathing his characters in pain and hurt.

Looking past this film — and all that’s sure to come with it, considering the early hoopla and cheers for it — Jenkins may be bringing this same brilliant aesthetic to a sports story. At some point.

“The first script I ever wrote was a high school football movie,” he said. “I’d seen the feature film Friday Night Lights, the [2004] one by Peter Berg, and it bothered me how, after the big game at the end, the big, black school … how they didn’t show respect to the small, prairie-town school. As an athlete, I was like, ‘That don’t make no sense!’ ”

It left a bitter taste in his mouth.

“There were three running backs on my [high school] team, and two of them made it to the NFL. The other one is me.”

“I was like, ‘No, I wanna tell the story of Friday Night Lights from the perspective of that team.’ And that was what the script was,” Jenkins said. “I wanted to make a film about high school football at some point that really challenged what high school football is like in a place like Miami. When you see stories of athletics, they’re always small-town Texas. And it’s like, well, yeah, the city with the highest per capita players in the NFL is Miami, Florida.”