Behind the friendship that sparked the Thunder Fellows Program in Tulsa

That was the simple but meaningful text Oklahoma City Thunder general manager Sam Presti sent to Creative Artists Agency (CAA) executive Mike Johnson three days after George Floyd was killed while in police custody in Minneapolis on May 25.

Presti, who is white, and Johnson, who is Black, have been friends since playing on the same peewee football team in Massachusetts as children.

“It was my way of saying, ‘I know this is serious and I want to know how you are feeling,’ ” Presti said. “Mike called me and expressed what he thought.

“Then he told me it also took place around the time of the 99-year anniversary of the Tulsa Race Massacre. You think of how far we’ve gotten after 99 years, but then Black people are still getting killed.”

In 1921, Tulsa, Oklahoma’s, successful African American business community was decimated when a racist white mob killed up to 300 people and more than 1,000 homes and businesses were destroyed.

Presti continued: “Mike called me the next day with an idea and said, ‘What if we did something in Tulsa together?’ ”

Less than two months later, on July 7, the Thunder and CAA Sports announced the Thunder Fellows Program in Tulsa’s Historic Greenwood District. The program, which will be guided by the 1921 Tulsa Race Massacre Centennial Commission and launched in 2021, plans to create opportunities in sports, technology and entertainment for Black students in the Tulsa area.

“We wanted to create a path where those kids don’t have to punt, dribble a ball, you don’t have to throw a ball, you just have to be a thinker and have ambition,” Johnson said. “And we want to create that pipeline. And I think doing it obviously in the backdrop was really powerful. Doing it in the background of this history. Giving kids at that racial literacy in that reality of where they’re coming from, using that as sort of a catapult to the future.

“I feel like there’s real strength in the program.”

A program that is a reality thanks to the bond between Presti and Johnson.

In 1987, an 11-year-old Presti joined the Concord-Carlisle (Massachusetts) Pee Wee Patriots as a tight end. At this point in his life, he had gone to school with Hispanic kids but had never had a Black classmate. So, it wasn’t a surprise that the first teammate he noticed on the Patriots was Johnson, the only Black kid on the team, and also his new quarterback.

Johnson and Presti would connect on the football field as teammates, and soon they’d become friends.

“We just gravitated to each other,” said Presti, whose parents would drive him 20 minutes to Johnson’s home so they could hang out. It was there that Presti would learn a lot about race.

Johnson’s mother, Dana, was a coordinator for the Metropolitan Council for Educational Opportunity Inc., (METCO) the longest-running voluntary school desegregation program in the country. Johnson’s father, James, worked in corporate communications for Digital Equipment Corp. and was also an assistant football coach on the Pee Wee Patriots.

During Presti’s visits, he recalled James Johnson, with his booming voice, not shying away from talking about racial issues in front of both boys. Presti said he would often talk about Black history and racial discrimination and other issues he dealt with as a Black student at Dartmouth University.

Presti said those conversations gave him a better perspective on race at a young age.

“I got a better understanding of what he was dealing with [on] the day to day,” Presti said of James Johnson. “He was up against things that I wasn’t aware of. There was a presence of inequity that had become a way of life he had to work through to achieve what he achieved. Even with the success of his family, [racism] wasn’t going anywhere.”

Through the years, Presti would also learn a lot about Black music and movies by hanging out with Johnson in the late 1980s and 1990s. Presti remembers watching Do the Right Thing with Johnson and his dad in a movie theater in 1989 and discussing it in detail afterward.

Johnson also introduced Presti to films such as Dolemite and The Fish that Saved Pittsburgh, and played a big role in Presti becoming a fan of the rap group Public Enemy.

Presti and Johnson attended high school together at Concord-Carlisle Regional, which was about 17 miles northwest of Boston. The school was predominantly white, but Presti hung out with three African Americans in Johnson, Keenan Smith and Anthony Hall, who played on the boys basketball team together. At home games during their senior year, they ran out to Public Enemy’s “Welcome to the Terrordome.”

Smith and Hall lived in Boston and were bused to Concord-Carlisle Regional as part of the METCO program. They often stayed the night at Presti’s home to get a break from the long ride to school in the morning.

Presti remains close to them today and, since 2011, has funded a scholarship at Concord-Carlisle named in honor of both Smith and Hall.

“It hit me after I left high school and got into the world that, although these were my friends in high school, along with Mike, they were actually probably my greatest teachers in terms of awareness to the built-in hurdles that exist based on ZIP codes,” Presti said.

Presti and Johnson, meanwhile, have gone on to raise families who remain close even though Johnson lives in Frisco, Texas, and Presti lives in Oklahoma City. Presti has also had dinner with Johnson’s parents in recent years.

“Mike, in our relationship, provides a grace and an environment to talk without any filter,” Presti said. “And that’s how we’ve learned. … It’s just been a real natural, organic thing that’s taken place over 30-plus years.” 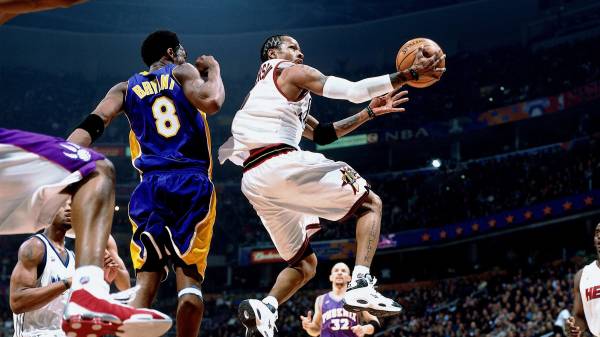 Despite the distance, Presti and Johnson are ready to lead the charge to create change in Tulsa. They are working to get the Thunder Fellows Program up and running despite challenges brought by the pandemic. There have been conference calls dedicated to finding a building to host the project, acquiring local aid and firming up long-term plans. And both expect to be in Tulsa during the observance of the 100-year anniversary of the massacre.

“We don’t want to place any limits on the paths forward,” said Presti, who recently traveled to Tulsa to explore the area where the massacre took place. “So, it’s sports, entertainment and tech. The term we’re using is ‘future proof skills.’ Really rigorous skills that can allow you to matriculate and have mobility and economic empowerment over time in the future, regardless of where it is that you find your path. …

“We’re playing a real long game. And that’s one of the things Mike and I talked about is, the people are looking for sustainable, long-term change.”