Singer and songwriter Aloe Blacc stepped onto the grounds of Monticello, home of Thomas Jefferson, author of the Declaration of Independence and third president of the United States. Jefferson. A founding father who despite enshrining the words “we hold these truths to be self-evident, that all men are created equal,” owned 607 people over his lifetime, including some who worked and slept on the hills that offered a stunning view of Charlottesville, Virginia. And Sally Hemings, whose family was enslaved, would bear at least six of Jefferson’s children.

Aloe Blacc, was taking it all in for the first time — around the small, cramped slave cabins along Mulberry Row that each sometimes housed up to 14 people; the outdoor kitchen where slaves worked diligently to prepare meals for Jefferson and his family; the hundreds of acres that the enslaved tilled for long hours each day to buttress his growing agriculture study. And, towering above everything, the lavish 33-room home where Jefferson raised his family, entertained guests and ultimately took his final rest.

The moment was as beautiful as it was painful. 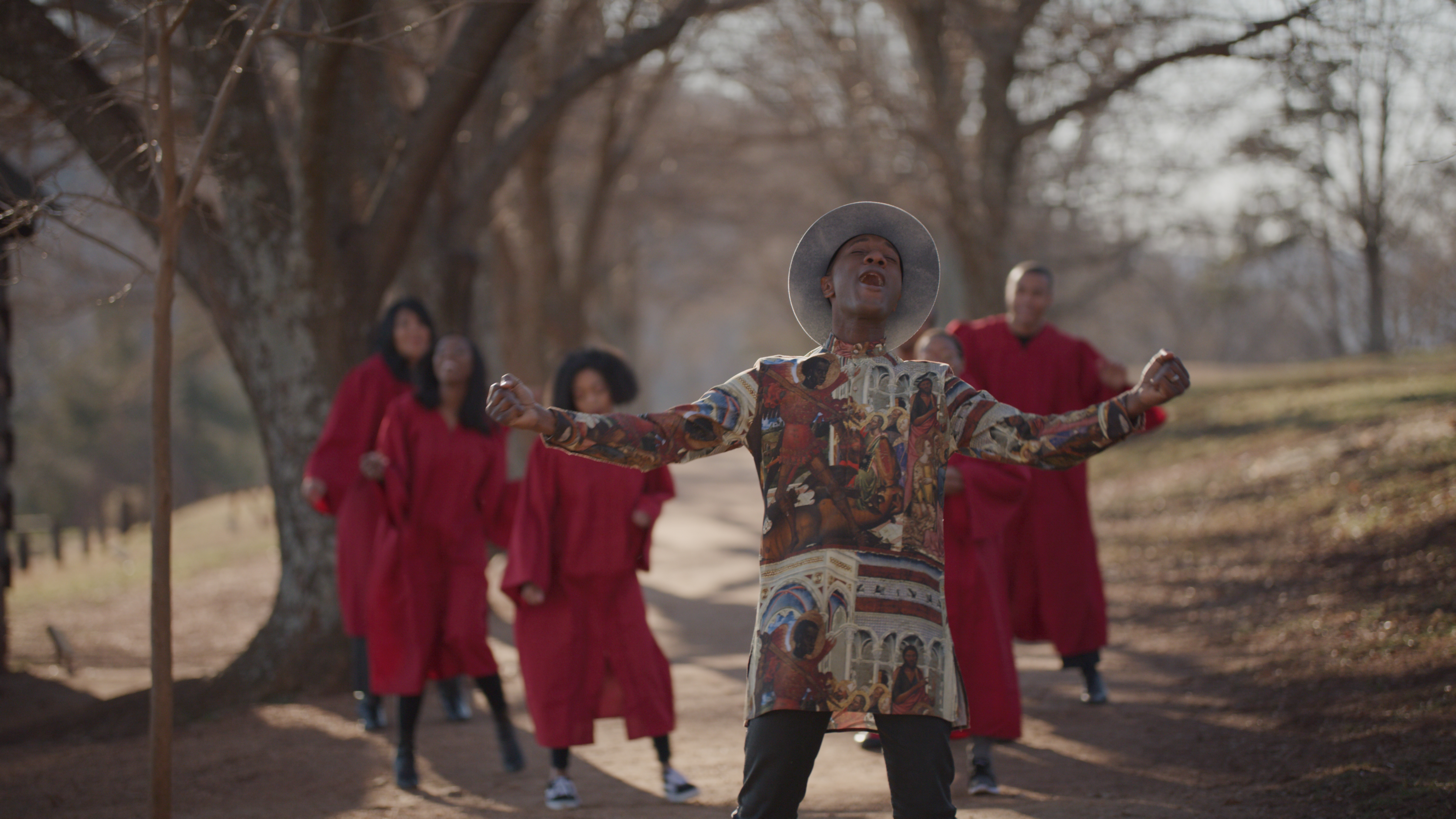 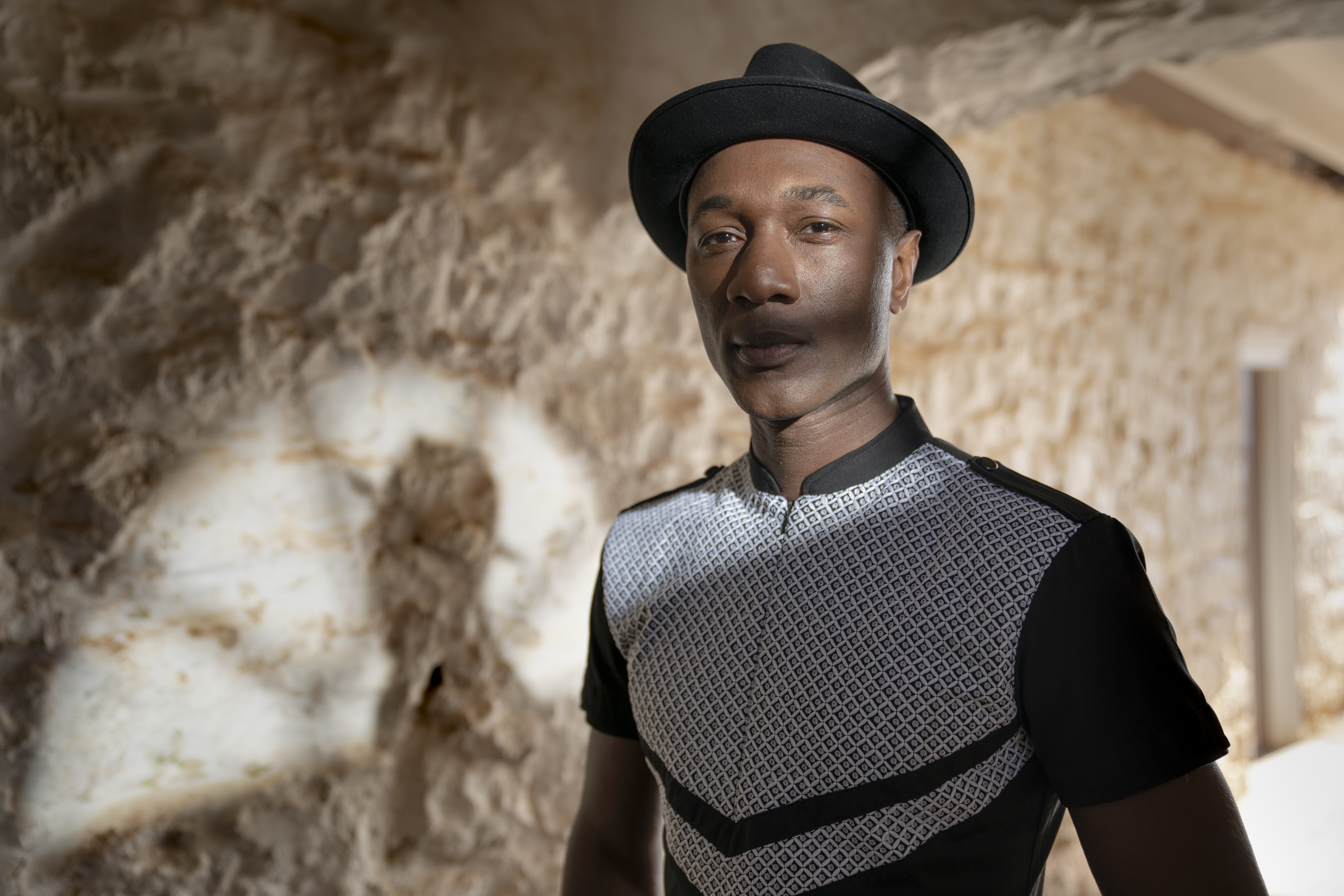 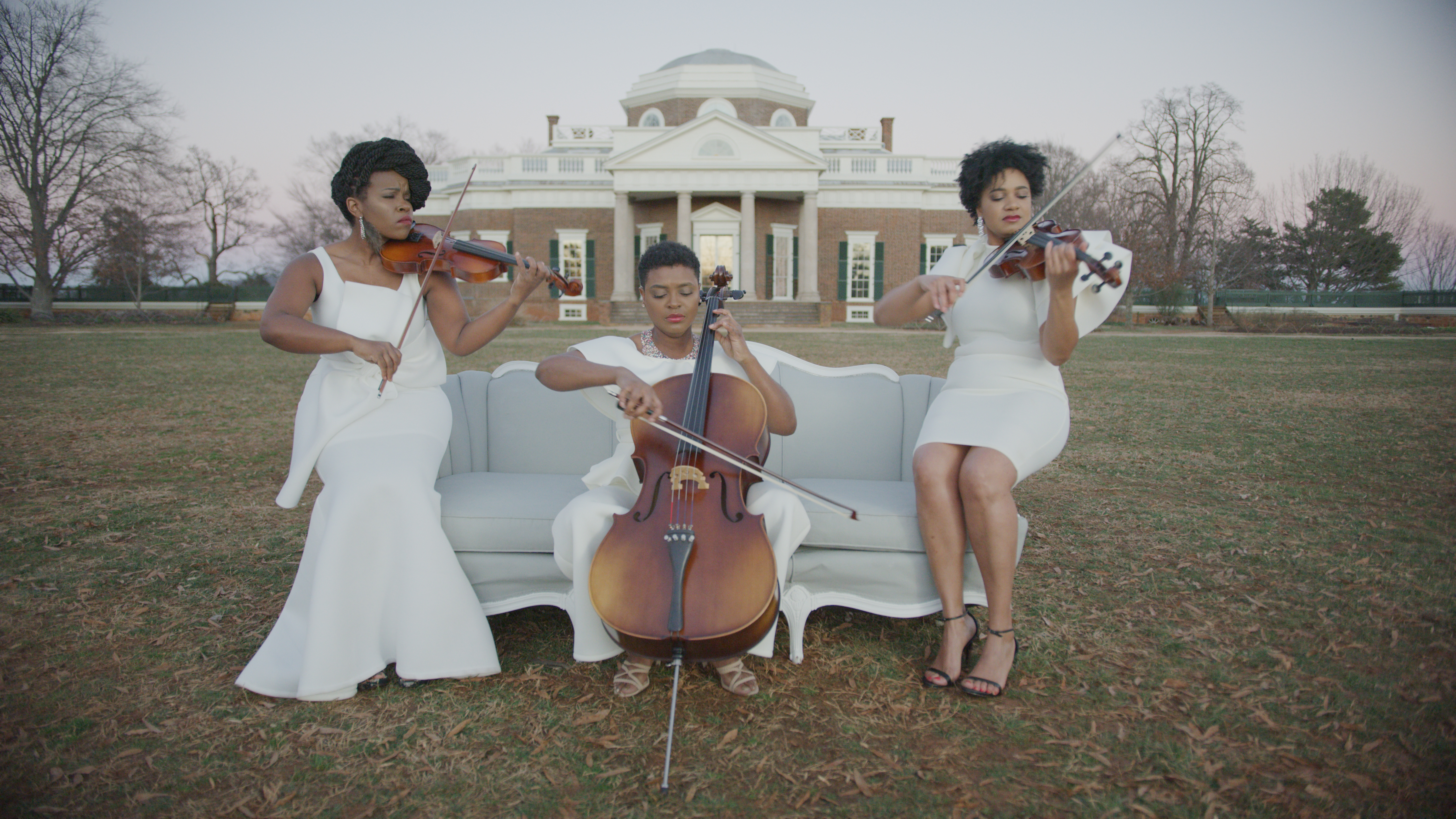 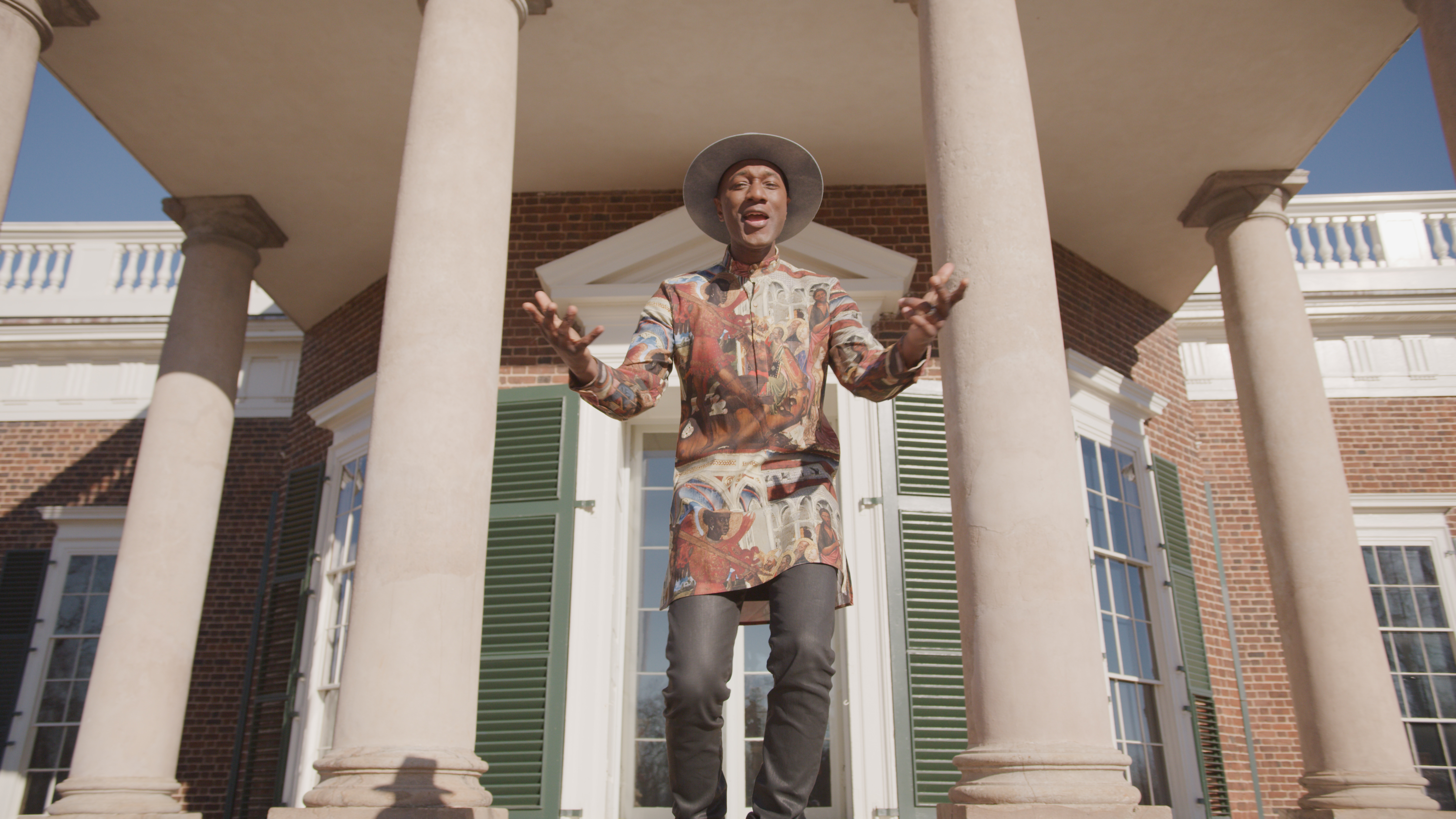 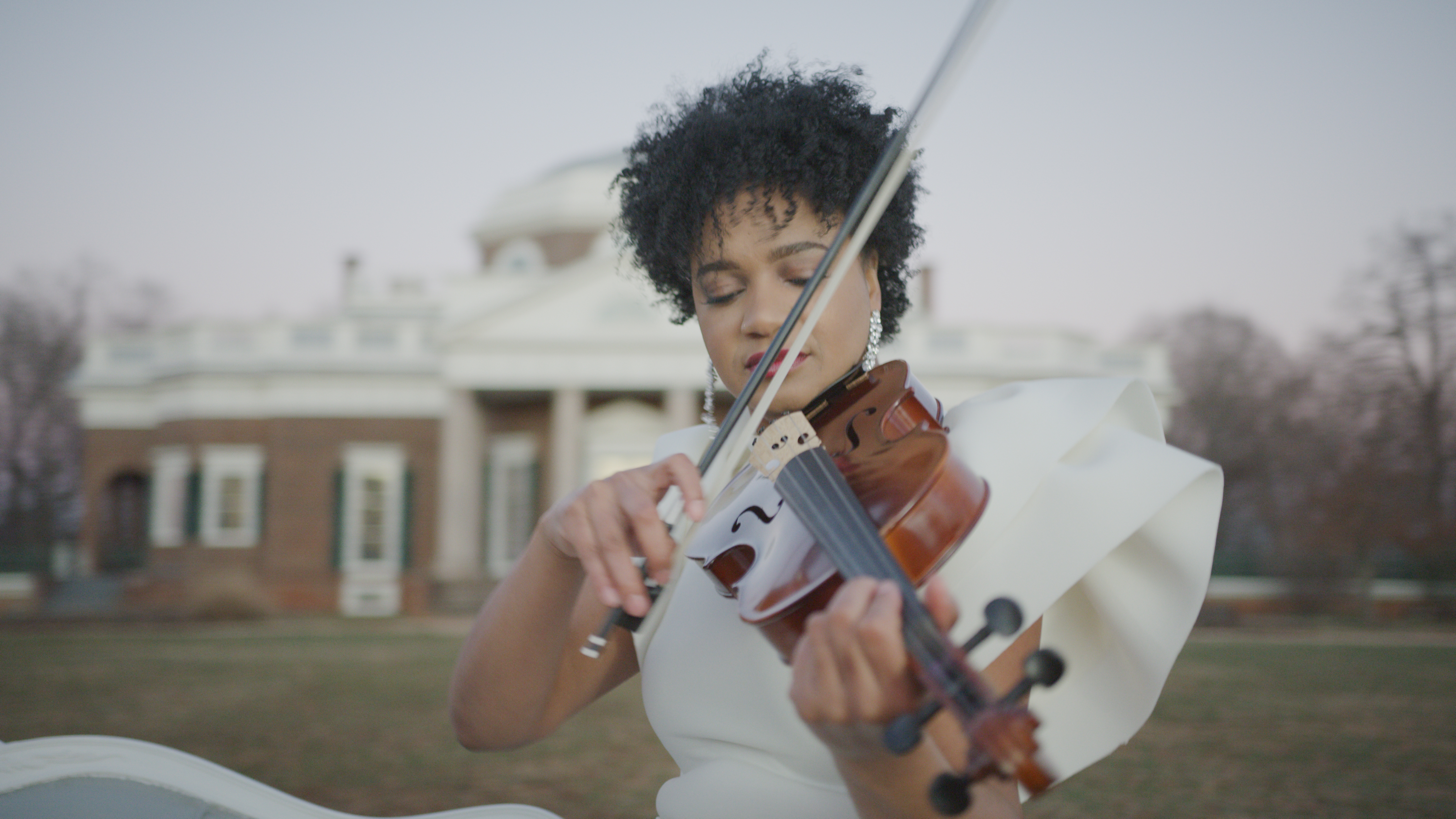 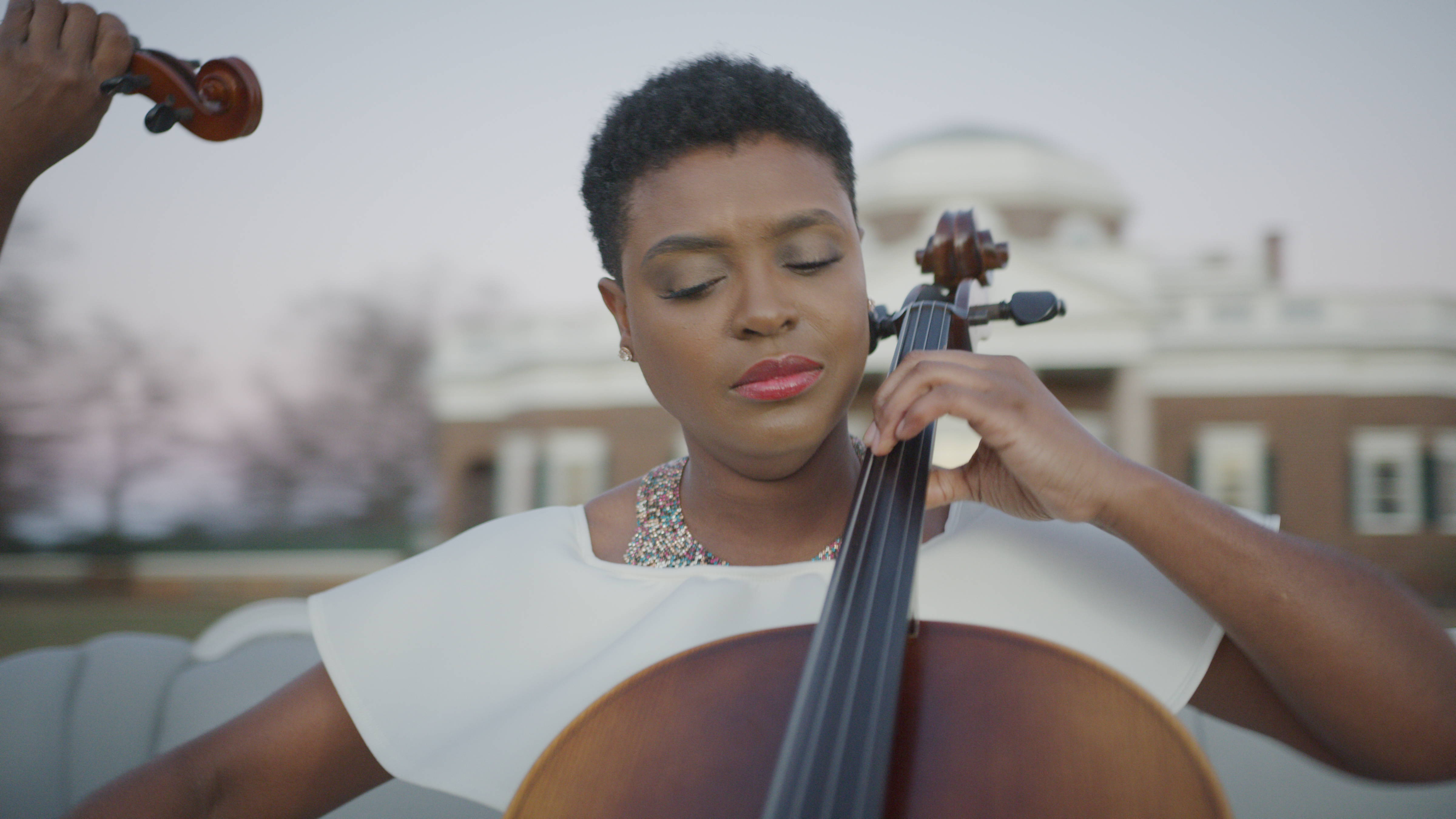 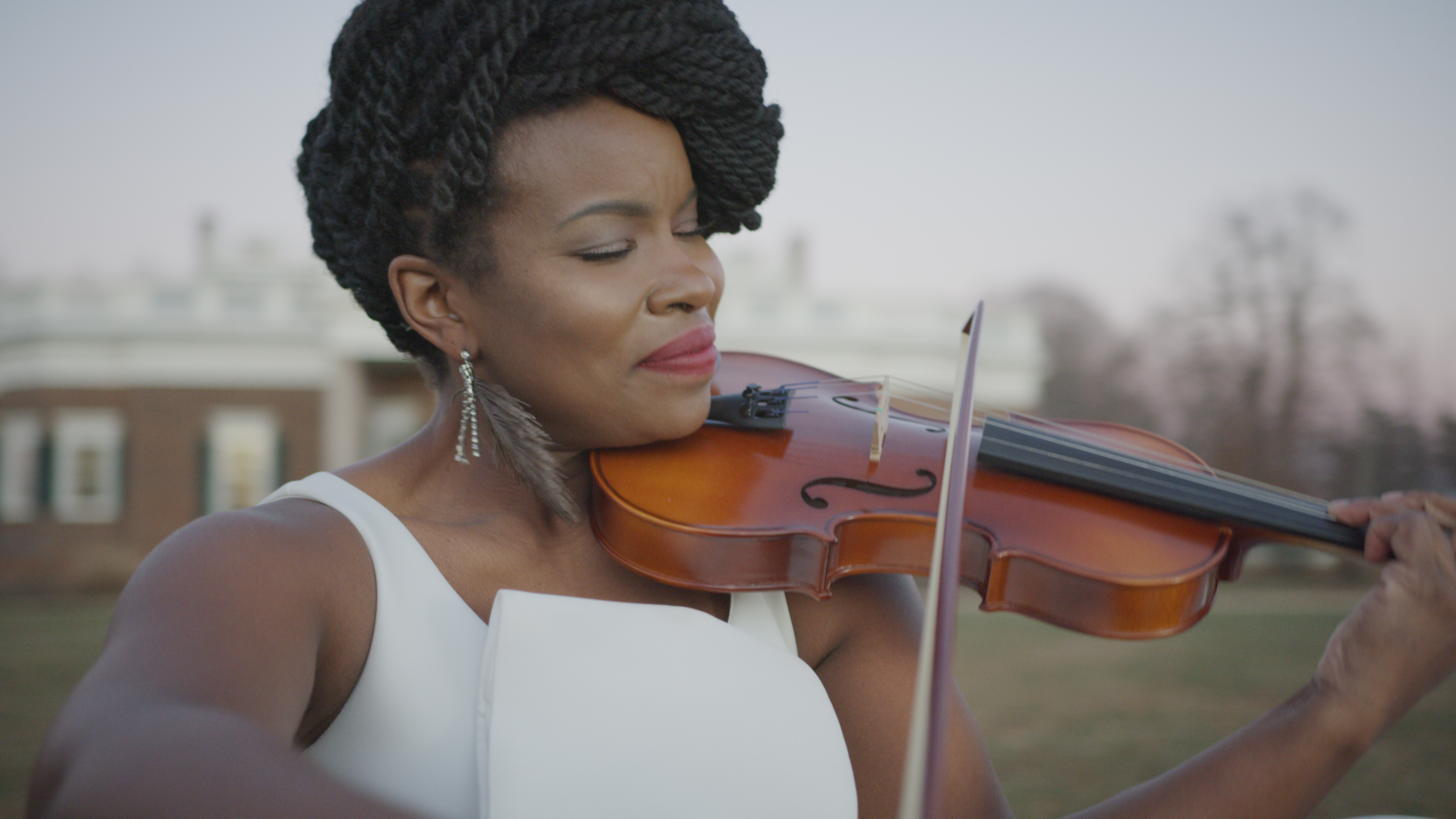 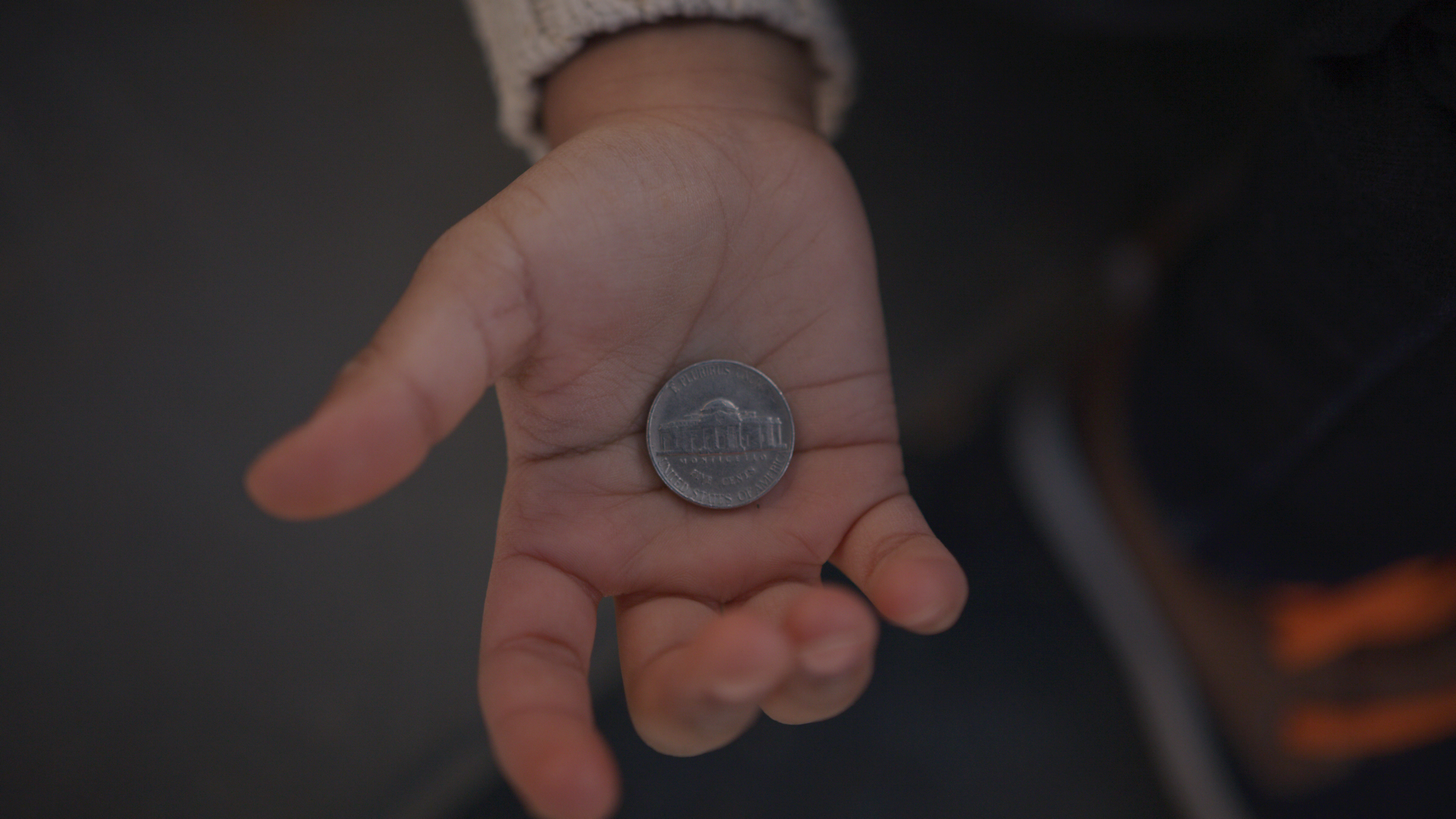 “It’s bittersweet,” Aloe Blacc said. “It’s a challenging place to visit for me. To learn the history and then to see the quarters that enslaved people lived in — the stark contrast to the quarters where the Jeffersons lived. Also, to know that there was a living question in Jefferson’s mind about slavery. He had written contradicting concepts of how he felt. So, all of that makes Monticello a quite challenging place to visit philosophically.”

And then, as Monticello was transformed into the home for Aloe Blacc’s latest video, he proudly sang the lyrics to the new rendition of an uplifting anthem. The song’s rich history holds as much truth and meaning to black people today as it did when James Weldon Johnson penned it more than a century ago.

Aloe Blacc belted out the pronounced lyrics with conviction. This moment was a celebration. The proclamation of a victorious, modern melody. Resilience. Rebellion. Redemption.

For hours, Aloe Blacc moved about the property, recording various scenes for the new video. For months, the singer and his crew bounced ideas around, trying to imagine what the new version would sound and feel like.

“It’s not an easy process, because it’s such a huge song,” Aloe Blacc said. “There’s a lot of history behind it. There’s a lot of emotions behind it, and it’s important to do something that feels right and honest with integrity and that’s genuine. The first lyric of the song is ‘lift every voice and sing.’ I wanted to make my version something that really embodied a communal event of people getting together and singing. So, I think, for me, it was finding the right spirit, the right energy and the right development within the song to encourage everybody getting together and singing.”

The collaboration came about through conversations with Aloe Blacc, The Undefeated editor-in-chief Kevin Merida and managing editor Raina Kelley, and ESPN music director Kevin Wilson. But even before Aloe Blacc and the group began to finalize plans for the new rendition, the singer had spent months toying with this very idea on his own.

“Quite literally, I’d been thinking about multiple different renditions of ‘Lift Ev’ry Voice and Sing,’ ” Aloe Blacc said. “I’d really been putting my mind to how I could either modify the melody or combine it with ‘The Star-Spangled Banner’ or do something that kind of was a nice blend of modern with the classic. This collaboration gave me a real opportunity to focus. It had just been ideas and thoughts in my head for quite some time and I finally got a chance. After a couple of edits and versions, I finally got a chance to hone in on the idea that, ultimately, we get to hear as the new version of ‘Lift Ev’ry Voice and Sing.’ ”

Aloe Blacc enlisted the help of trusted producer DJ Kahlil and the Washington, D.C.-based trio The String Queens. Upon learning that Aloe Blacc wanted their talent and expertise on for this project, cellist Élise Cuffy, violinist Kendall Isadore and violist Dawn Johnson promptly began working to arrange the string compositions for the song.

It would take the trio some time to decide the direction that the arrangement should take.

“We were very strategic with the way we arranged the strings,” Johnson said. “We studied the lyrics. What do the words mean? We listened to a lot of the classic recordings of it. What, musically, were artists trying to convey in the original presentations of the piece? What are some of the qualities of an anthem? We compared it to ‘The Star-Spangled Banner’ and other patriotic pieces from other cultures. We sort of found this thread that was strung between all of these different anthems and incorporated that into our arrangement.”

“It moves away from the tradition,” Cuffy added. “I think it’s a great representation of the music. I don’t think it’s too far out to where you can’t recognize it or that we’re insulting the original piece. I think it’s a nice revamp of the song.”

In the end, The String Queens and Aloe Blacc were proud of what had been produced.

Just like Aloe Blacc’s original pieces, this revamped version of a sacred classic is meant to uplift and inspire.

“I think the song is going to be received well by the community that’s already very familiar with it, and I think that people who have never heard of the song will embrace it and accept it as a new anthem for themselves,” Aloe Blacc said. “And that’s from every community, race, color, creed and generation. To be here, to sing ‘Lift Every Voice and Sing’ on the property feels like a moment of redemption. A moment of victory, which is what the lyric says in the song at the end: ‘Let us march on till victory is won.’ For me to have this opportunity, it’s very clear that we’re definitely on the winning side of history.”