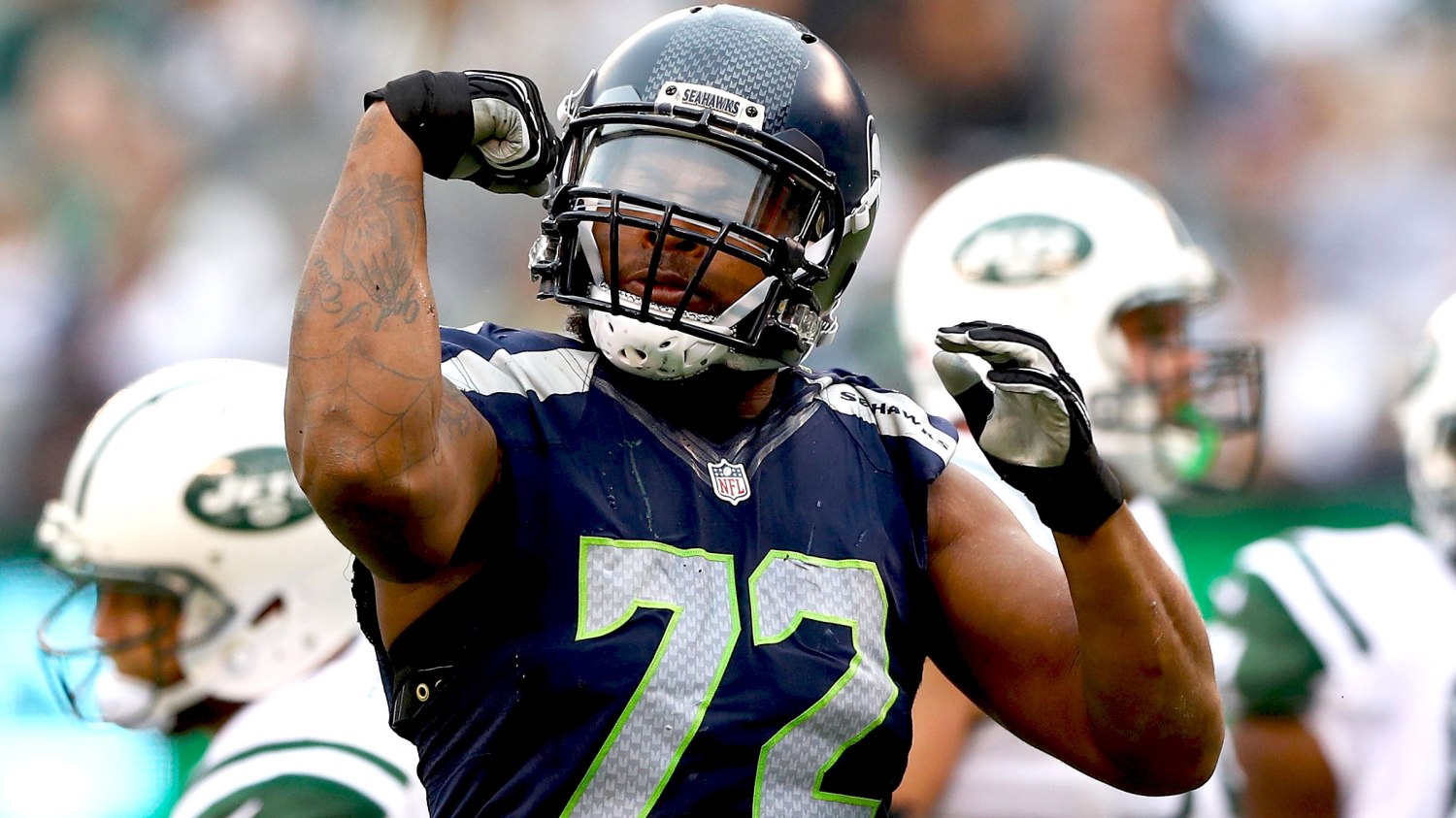 Michael Bennett #72 of the Seattle Seahawks celebrates after sacking quarterback Ryan Fitzpatrick #14 of the New York Jets (not pictured) in the third quarter at MetLife Stadium on October 2, 2016 in East Rutherford, New Jersey. Elsa/Getty Images
NFL

Being a leader is in Michael Bennett’s DNA. Literally.

RENTON, Washington – Even a week after receiving the news, Seattle Seahawks defensive end Michael Bennett was still beaming. Often, that’s what happens when one has something great to share.

For years, Bennett wanted to trace his roots. He hoped to learn more about his story. He needed to know where his line began. And now, he does.

With the help of African Ancestry Inc., a leader in the field of genetic ancestry tracing, Bennett took it back to Africa. On Nov. 22, AfricanAncestry.com revealed Bennett’s maternal and paternal ancestry. On his mother’s side, Bennett descends from the Mandinka people in Senegal and the Mende people in Sierra Leone. His father’s folks come from the Bubi people of Bioko Island in Equatorial Guinea.

Not surprisingly, discovering so much about his background in the motherland has been exhilarating for Bennett. He doesn’t expect his good vibe to end anytime soon.

“Just to finally find out, it was super emotional for me,” Bennett said this week at the Seahawks’ practice facility. “It was the first time that I understood what I am. For a lot of us, we don’t really know. Once you know, it’s an incredible thing.”

Besides being one of the NFL’s best players at his position, Bennett also is among the most woke professional athletes. A leader in sports’ new civil rights movement, Bennett has been at the forefront of demonstrations during the national anthem to shine a light on racial injustice. Through his foundation, the Pro Bowler, whose brother, Martellus, is a tight end with the New England Patriots, works to fight obesity and educate children in the United States, Ghana and Senegal.

As it turns out, being a leader is in Bennett’s DNA. Literally.

From author Alex Haley’s groundbreaking book, Roots, we learned much about the Mandinka. Through his great-great-great-great grandfather, Kunta Kinte, who was captured as a teenager and sold into slavery in the United States, Haley traced his history to the Mandinka. The Mandinka are descendants of the Mali empire, which reigned in West Africa from the 13th through the 16th centuries.

“When you think of the Mandinka, warrior is probably the first thing that comes to mind. Michael is our modern-day warrior.” – Gina Paige, co-founder of African Ancestry Inc.

They were renowned for being great warriors. In Senegal, they also were griots: keepers of the community’s oral history and oral traditions. It’s fitting that those people are Bennett’s people, said Gina Paige, co-founder of African Ancestry Inc.

Along with Dr. Rick Kittles, Paige leads the Silver Spring, Maryland-based company that pioneered the science for determining the genealogy of people of color across the world. Paige informed Bennett of the findings of his testing.

“When you think of the Mandinka, warrior is probably the first thing that comes to mind. Michael is our modern-day warrior,” Paige said. “Not only is he a modern-day warrior, but he’s also in many ways a modern-day griot. He’s particularly interested in his family’s genealogy and the black community’s narrative. He’s really working to change that narrative.”

Then there’s Bennett’s Mende heritage. From the story of the Amistad, the ship on which a slave revolt occurred in 1839, it is known that the Mende were fighters. Bennett definitely is too.

“Who he is and the things he does, none of it’s a coincidence,” Paige said.

Bennett has leveraged his standing as an NFL player to effect positive social change. He uses his platform to uplift the African-American community, and the connection with his accomplished ancestors has only energized Bennett to work even harder.

“To actually have a place, the place I come from, has really changed me,” Bennett said. “It was really liberating. It changed my mentality. It just changed a lot about me. To have such an honorable background, and to be able to come from a culture of warriors and leaders and historians, it’s something that … DNA is just a crazy thing. All that still lives in me today.”

“As a black man in America, you grow up not having an attachment to the culture of what America is. You may know that you like certain music, you may know you like certain foods and things like that, but you also know you’re missing something. You know that something isn’t quite right because you’re not attached to a place. For me to actually have an attachment, a place to start from now, that definitely makes a big difference.” – Michael Bennett

Much of the African-American narrative involves slavery and centuries of oppression. The innumerable injustices and horrors perpetrated against African-Americans have led many to feel disconnected from the ideal that is America. Bennett has been there.

“As a black man in America, you grow up not having an attachment to the culture of what America is,” Bennett said. “You may know that you like certain music, you may know you like certain foods and things like that, but you also know you’re missing something. You know that something isn’t quite right because you’re not attached to a place. For me to actually have an attachment, a place to start from now, that definitely makes a big difference.

“A lot of people assume that we started in oppression. They think that that’s all we’ve known, like we started off in slavery and didn’t exist before that. But the truth is, slavery was a small part of our whole history. You’re talking like 400 years compared to thousands of years and great cultures before that. The past, the present and the future is always connected. To be able to actually stand on the shoulders of my ancestors is a very emotional thing.”

Not only for Bennett. Those closest to him also were overcome by the news.

Although Bennett’s foundation funds a program in Africa, he has never traveled to the world’s second-largest and second most-populous continent. In February, Bennett plans to change that: He has a trip scheduled to Senegal. For the first time, Bennett will go home.

“There’s so much inside of me, and so much more I want to find out about,” Bennett said. “The essence of who my ancestors were, what they did, it never died. That’s in me. You find out that this is the path you’re supposed to walk on because of what came before you.

“The more research that I’ll do about everything, even about my ancestors who were slaves, it’ll just make me feel prouder. I’m here, so that means they made it. That means they were strong people. It shows I come from a strong background.”