There was a time when Jimmie Robinson was ready to give up football. That was before Bethune-Cookman coach Terry Sims gave him another chance, and his parents advised him to just stay focused on what he loved to do.

“I probably thought football was over for me [when I left Mercer University], but they kept pushing me to stay with it,” said Robinson. “During that year, they kept me grounded, never to doubt myself, keep perfecting my craft every day. They helped me stay with it, not to give up.”

Robinson, one of five preseason all-conference players for the Wildcats, hopes to bring that focus and preparation to the MEAC/SWAC Challenge football game on Sept. 1 against Jackson State at Georgia State Stadium in Atlanta. The Wildcats represent the Mid-Eastern Athletic Conference (MEAC) in the 15th annual game, while the Tigers are repping the Southwestern Athletic Conference (SWAC). The game will air at 3 p.m. on ESPN2.

The MEAC/SWAC begins a slate of nearly 70 historically black college and university (HBCU) games from the MEAC and SWAC that will be broadcast across ESPN networks.

Robinson, 22, transferred to Bethune-Cookman from Mercer, where he played in all 11 games at wide receiver and was the team’s primary kick returner as a true freshman in 2015. During that season, he finished third on the team with 19 receptions for 233 receiving yards and a touchdown and also ranked third in the Southern Conference with a kick return average of 24.4 yards.

However, after his sophomore season, Robinson decided to leave school. After sitting out a year because of transfer rules, he returned to football at Bethune-Cookman. His first game back was the 2018 Circle City Classic against Howard in Indianapolis on Sept. 22.

Robinson set a school record for single-game kickoff return yards with 202 against Howard, returning two kickoffs for touchdowns. He said that was one of his best games last season. He said his best outing was against Morgan State on Nov. 3: 208 rushing yards and three touchdowns, with touchdown runs of 60, 61 and 65 yards.

The redshirt senior from Palm Coast, Florida, led the team in scoring (68 points), had 1,512 all-purpose yards, led the MEAC in kickoff return yards and posted a 33.2-yard average on kickoff returns, placing him fourth in the nation in the Football Championship Subdivision (FCS).

All told, Robinson led the MEAC during the regular season in all-purpose yards (126 per game) and kick return yards and finished sixth in scoring. This season, he was named to the STATS FCS Preseason All-American Team as a kick return specialist.

His goal for his senior season “is to top everything I did last year, help lead this team to another ring, and trying to win it, and trip to the CB [Celebration Bowl]. That’s the plan,” said Robinson, who clocked a 4.26-second 40-yard dash during spring practice.

“The running back part of me is what I’ve been working on this summer, and also working on my receiving game. I’m going to be some of everywhere this year,” said Robinson. “My best position is probably running back, because I can control everything from the snap of the ball.”

Sims, who helped recruit Robinson to Bethune-Cookman after he left Mercer, said Robinson is the ultimate team player.

“He approaches it [the game] with a level of seriousness, to do whatever to do to help the team win,” said Sims. “He’s an explosive guy and exciting guy, but not a selfish guy. He’s fine as long as the team wins.”

Sims says that on Sunday, he expects a Jackson State team that’s aggressive and that won’t quit no matter the score. Jackson State comes into the game with one of the SWAC’s top offenses, led by running back Jordan Johnson, who rushed for 550 yards, averaging 5.5 yards per run.

He’s looking for the Wildcats’ defense to be a strength of the team this season, with Robinson at kick returner, defensive lineman Marques Ford, linebacker Marquis Hendrix and defensive backs Tydarius Peters and Trevor Merritt, all of whom made the first-team All-MEAC preseason football team.

“I think the defense will be the strength of our team, with Ford, Devin James, Marquis Hendrix and others. Our front seven has a lot of experience,” said Sims.

“No one stopped us last year, but we got ahead of ourselves. We let a couple of games get away because we let down in the end. We need to focus on the opponent one game at a time.”

As he thinks back on his decision to leave Mercer, Robinson thanks his mother and father for helping him regain his focus.

“It helped me see life was more than just football, to be honest,” he said. “And helped me perfect the game, slow the game down, learn the game more, helped me understand to make better choices and better decisions.”

There is another game Sunday of interest to HBCU audiences: The first Black College Football Hall of Fame Classic in Canton, Ohio.

The game, to be played at Tom Benson Hall of Fame Stadium, is between Alabama A&M University and Morehouse College, and it will culminate a weekend featuring marching bands from both schools, drumline and dance competitions, and a golf tournament.

“Having an HBCU football game played at Tom Benson Stadium is a historical event. It is important to educate football fans across the country about the great impact HBCUs have had on the sport and the legendary players that came from these schools and helped shaped the way the game is played today,” said Marques Fitch, Executive Director of the BCFHOF. 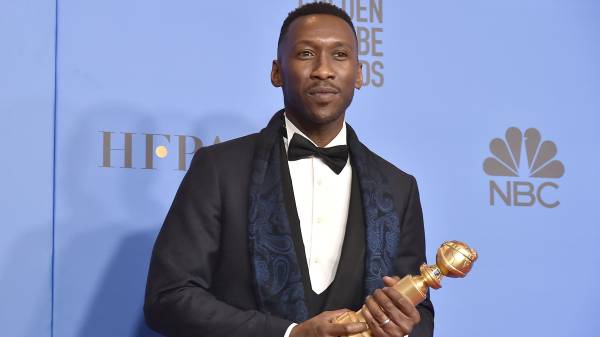 Alabama A&M, from the SWAC, was 6-5 overall last season and 5-2 in the league, finishing second in the SWAC East. The Bulldogs are led by second-year coach Connell Maynor, whose winning record last season was the program’s best mark in six years and included wins against rivals Alabama State and Jackson State.

Junior linebacker Armoni Holloway and redshirt sophomore tight end Kendric Johnson are among the top returning players for the Bulldogs. Holloway led the SWAC in tackles last season with 108, and Johnson led all tight ends with 169 receiving yards and a touchdown.

Morehouse is led by junior running back Santo Dunn, the Southern Intercollegiate Athletic Conference (SIAC) preseason Offensive Player of the Year, and quarterback Michael Sims. Dunn led the conference in rushing yards (875), scoring (8.4 points per game) and touchdowns (14). Sims, named to the All-SIAC preseason first team at quarterback, threw for 1,826 yards and 14 touchdowns with only four interceptions last season for the Maroon Tigers, who finished 7-3 overall and 3-3 in the SIAC.