Beyoncé owned April 2016 with her ‘Elle’ cover, the launch of Ivy Park and the release of ‘Lemonade’ 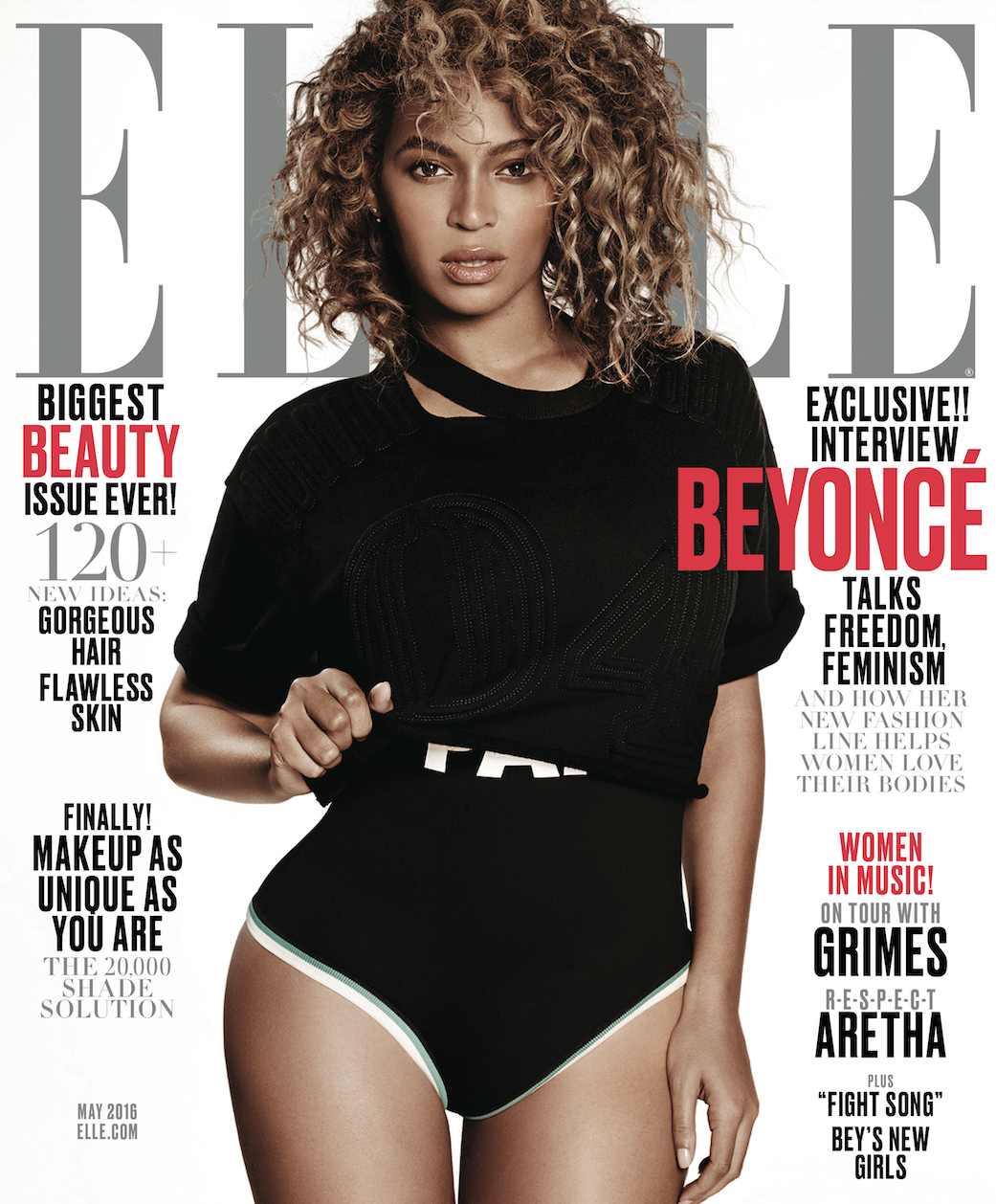 Last year’s calendar should have read:

…. and then June — because Beyoncé ran the entire month of April. She launched Ivy Park on April 14, premiered the visual album Lemonade on April 23 and kicked off the Formation World Tour on April 27 (it ended up averaging $5.2 million in gross per show).

The orchestration of the month’s activities was no accident, as the number 4 holds special meaning for both Beyoncé and her husband, Jay Z — from birthdays to names, tattoos and anniversaries. This April, in honor of the one-year anniversary of Lemonade, Beyoncé launched the Formation Scholars program, which will “encourage and support” incoming women students at Washington, D.C.’s, Howard University, Atlanta’s Spelman College, Boston’s Berklee College of Music and New York City’s Parsons School of Design. Beyoncé Knowles Carter’s confidence in the impact of Ivy Park and Lemonade was illustrated by her strategic cover story and photo shoot for Elle’s May 2016 issue. (She was also on the cover of Elle UK the same month with a slightly different look.)

For the rest of us, the process went something like this: Your life was snatched by Bey au naturel on the cover of Elle, and you bumped the Lemonade album on her husband’s Tidal (the only place you could find it) while getting dressed in Ivy Park gear to head out to see Queen Bey on her tour. This was life, all of summer ’16.

The Elle shoot started at the crack of dawn in a Los Angeles dance studio. “We were told 5 [a.m.],” said Samira Nasr, Elle fashion director and stylist on the shoot. “It wasn’t even 5:01, and [Beyoncé] was on set. She’s an absolute professional: kind, courteous.” Beyoncé’s team collaborated with Elle to produce a cover that would usher in the revitalization of being an authentically natural girl.

The Elle cover was shot with the visuals for Lemonade in mind. “I do remember it was … all within that same time,” said stylist and hair entrepreneur Kim Kimble. Kimble styled Beyoncé’s hair for both the Elle cover and Lemonade visuals. “Covers, shoots, videos, album packages — all those things are very related. We wanted consistency.”

At the studio, Beyoncé was asked to do a dance that the creatives could shoot. “We didn’t know Lemonade was coming,” said Nasr, but “she had her dancers with her. They did this routine that was amazing! But only later, when Lemonade dropped, did we realize they were actually doing one of the dances from the first single.”

Kimble applied leave-in conditioner and a dab of gel to Yoncé’s tresses as she allowed them to air-dry and then styled the soft curls with a curling iron. Makeup artist Sir John dusted Bey’s face with a no-makeup makeup look. Ivy Park was the focus of the shoot, so the styling was straightforwardly athletic. Cue the famous “Beyoncé wind.” The cover ushered in perhaps Beyoncé’s most honest message to fans: one of self-love and self-care.

What made the Elle cover so special is that for the first time, people didn’t see Beyoncé and want to look like her. For once, she looked like the rest of us. It reminded women of a mirror. A well-put-together reflection in a mirror, but a reflection nonetheless. And that was powerful for women of color. Kimble, who has had a working relationship with Beyoncé for 17 years, said, “It was all about … texture … we did a little African-inspired and Victorian sort of installation when it came to hair. … That was the benchmark of what we were doing when we were creating.”

Fresh off the release of her 2008 Sasha Fierce, Beyoncé graced the January 2009 cover of Elle wearing bone straight long hair, also styled by Kimble. Now, no longer in need of a “Fierce” persona, Beyoncé encouraged women to find their own “park,” away from the beauty standards and fashion trends, and simply be their best selves.

As talented as Beyoncé is, not everything comes easy. Her first venture into the fashion world, House of Deréon, never took off in the mainstream. Shortly after the launch of Ivy Park, Beyoncé was awarded the Fashion Icon of the Year award by the Council of Fashion Designers of America (CFDA). With a new fashion venture named after her daughter (Deréon was her grandmother’s surname), Beyoncé created her own fashion business redemption.

In a world where there is a fashion trend for pretty much anything — work, the gym, a night out — Beyoncé gave us the anti-trend. It isn’t tied to any one physical activity. Not yoga, the gym, or even dance. Ivy Park’s pieces fall off your shoulders and sway as you move, doing whatever it is that you do. For most of us, Ivy Park came down the lane like a fast break we didn’t see coming.

“Shortly after [Beyoncé’s cover] you see Alicia Keys wearing her natural makeup, natural hair. … You start to see more and more of that, especially from women of color.”

And while Ivy Park continues its success with its spring/summer ’17 collection, which stars Yara Shahidi, the Elle cover, which ranks alongside Tyra Banks’ 1997 Sports Illustrated swimsuit edition and Naomi Campbell’s 1998 Vogue Italia, will live on as one of the most meaningful covers in fashion history. Elle’s May 2017 cover features Angolan model Maria Borges. Borges, 24, ripped the runway in 2015 with her baby ’fro at Victoria’s Secret Fashion Show.

“Definitely, Elle is ahead of the trend,” said Kimble. “Shortly after [Beyoncé’s cover] you see Alicia Keys wearing her natural makeup, natural hair. … You start to see more and more of that, especially from women of color.”

“It’s the Bey factor,” Nasr said of Ivy Park. “She kept different body types in mind. She did all the work with her team to get it to a place where she felt was perfect and ready to be put out there, and then she released it — like she does everything. It’s just done in a thoughtful, in-depth way. … My impression of her is that’s how she approaches things. She does the work.”