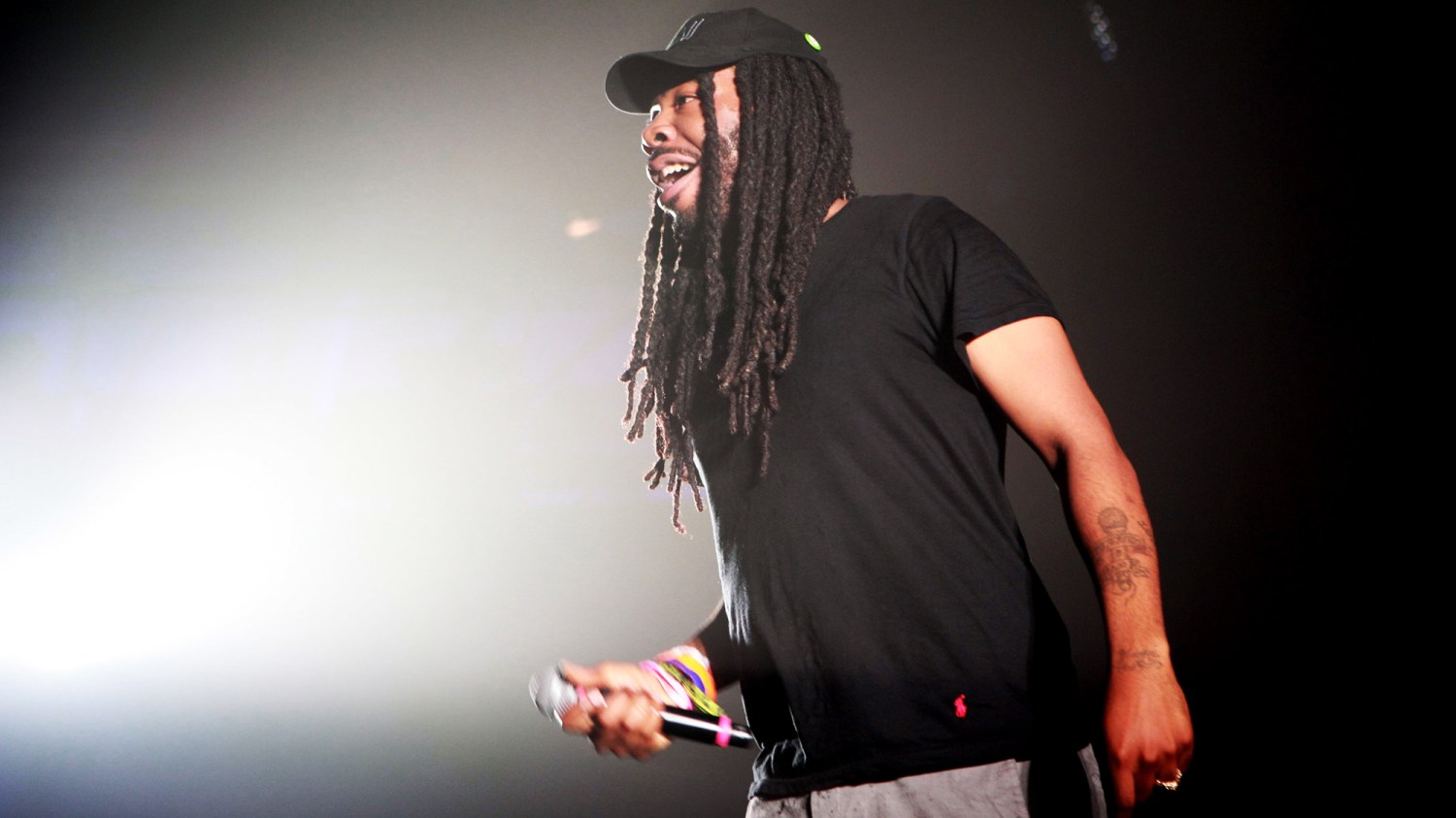 D.R.A.M.’s funkadelic ride to being a top dog

From broke to billboards: Happy feelings in the air

Shelley Massenburg-Smith has always believed that he came into this world a generation late. So much so that while in high school in the early 2000s, he took it upon himself to catch up on decades of music he missed out on. At the time, file-sharing programs such as WinMX, Kazaa, Limewire and Bearshare had become treasure chests full of music available to download for free — though illegally. Massenburg-Smith would browse artists on The Pirate Bay, and then download entire discographies via torrents.

He eventually stumbled across the Parliament-Funkadelic collective and became enamored with the style and aura of artists such as George Clinton, Bootsy Collins and Gary “The Diaperman” Shider. “I just always had a knack for melodies,” said Massenburg-Smith, “soulful and tasteful composition. That’s damn near all of the good stuff from back in the day. I have many influences, but the main one is definitely the P-Funk wave.” He was born in Germany and raised in Hampton, Virginia. His mother, a member of the U.S. military at the time of his birth, named him Shelley after his grandfather, thus destining him to possess the old soul he still embraces today.

You know him now as rapper/singer D.R.A.M. — an acronym for his creative creed, “Does Real A– Music” — and have surely partied to his smash summer record Broccoli (if not, you’ve been going to the wrong parties). His recently released debut studio album Big Baby D.R.A.M. (EMPIRE/Atlantic Records) is a manifestation of his ability to blend classic roots with contemporary edge. Like many artists in this generation of music, D.R.A.M. finds comfort in producing a hybrid sound — his transitions from singing to rhyming a reflection of his church upbringing, like a pastor ushering the service from song to sermon. The approach to music and gospel background makes connections to Chance The Rapper inevitable. But D.R.A.M. wants to be D.R.A.M.

I had to tell myself to go and get it myself / ’Cause I got tired of waitin’ on everyone else.

“I don’t put myself in any box or lane,” he said. “It’s about solidifying and getting my own wave, my own thing. Just giving myself my own thing.” His distinctiveness is on display on the album’s sixth track, Cash Machine, which begins with a short piano solo, sampled from Ray Charles’ 1956 hit Hallelujah I Love Her So. This comes right before D.R.A.M., 28, cheerfully hops on the song with one of the year’s best lines in hip-hop. It’s a confident declaration, relatable to any walk of life, and he delivers it with contagious energy and a trap spin: I got money now!

Whether in his music or in conversation. D.R.A.M. doesn’t hesitate to reflect upon his humble beginnings. I had to tell myself to go and get it myself / ’Cause I got tired of waitin’ everyone else, he sings on the intro track of Big Baby D.R.A.M. Because a mere two years ago, D.R.A.M. “didn’t have nothing out,” and was, as he made sure to add, “definitely broke as hell.”

He was so broke that he was spending nights on his cousin’s couch when he recorded his first hit, Cha Cha, in late 2014, nearly 10 years after he jumped in the booth for the first time. In the meantime, he’d bounced from job to job, working as a telemarketer and at Best Buy. He even gave college a try for a year, but always drifted back to music.

“I recorded Cha Cha on a $100 mic on the edge of my bed on this rinky-dink-a– computer that had an EEEEE! noise because there was so much dust and spyware on [it],” he said of the song, which climbed to No. 1 on the Billboard Bubbling Under R&B/Hip-Hop Singles Chart, but never cracked the Hot 100. “It was real janky, but the people gravitated toward it, so it’s a blessing.” And a weird kind of curse, he’d soon discover. Nearly five months after Cha Cha was released, as part of D.R.A.M.’s debut EP #1Epic, Drake dropped Hotline Bling, which sounds similar in terms of groove and production, to D.R.A.M.’s feel-good record. Bling was even billed by Beats 1 as the “Cha Cha Remix.”

“Yeah, I feel I got jacked for my record,” D.R.A.M. wrote in a series of tweets after a performance in Drake’s hometown of Toronto. “ … But I’m GOOD.”

By November 2015, Hotline Bling was a No. 1 hit on Billboard’s Hot R&B/Hip-hop charts. When asked about Hotline Bling, D.R.A.M.’s infectiously happy personality faded. “Yo, nah. Look, look, look. Bro, bro, bro, bro,” he said over the phone from Ohio. “We’re not gonna answer that. We’re not gonna talk about that.” A few questions later, though, and he’s back to his seemingly normal, thoughtful and sincere self. D.R.A.M has learned that the good he sets upon the world will always return to him. “Happiness comes from me wanting to put that energy out in the world,” he said. “Nine times out of 10, if you answer a situation with love and positive vibes, they’re gonna come back to you.”

To that end: After he tweeted his frustrations, neo-soul legend Erykah Badu lent him her support on Twitter, and the correspondence ultimately turned into a collaboration on the sensual WiFi, the fifth track on Big Baby D.R.A.M.

“She’s a queen,” D.R.A.M. said of Badu, who said he represents the future of music, specifically referring to him as “that next, next.”

He said it’s surreal to speak with her. “It’s definitely not surreal once you’re in the moment — it just is thinking about it in hindsight. She’s one of the dopest people I’ve had a chance to work with, and make music with.” Another queen took a liking to Cha Cha, as well — Beyoncé posted a video on Instagram of her dancing to it, with the caption, “This song makes me happy!” But don’t think the good karma stopped there for D.R.A.M.

“I don’t put myself in any box or lane,” D.R.A.M. said. “It’s about solidifying and getting my own wave, my own thing.

Legendary superproducer Rick Rubin, who’s worked with acts such as Run-D.M.C., the Beastie Boys, Jay Z, Kanye West and Eminem, has become D.R.A.M.’s mentor. Rubin introduced him to 19-year-old Atlanta hip-hop artist Lil Yachty, and the two collaborated on the certified double-platinum Broccoli, one of the hottest tracks of the year, and D.R.A.M.’s biggest hit to date — even bigger than Cha Cha.

There’s more: D.R.A.M. has a solo spot on Chance The Rapper’s critically acclaimed mixtape Coloring Book, has performed on The Tonight Show, Conan and at the BET Hip Hop Awards. D.R.A.M. also conceptualized one of the funnest album covers in recent memory (a nod to the cover of Cam’ron’s 2002 album Come Home with Me), which features his Goldendoodle Indit (as in, “Indit cute?”)

It's been a long time coming y'all, but the time is now. My debut album entitled "Big Baby D.R.A.M." will be released on October 21, 2016! pic.twitter.com/9jrhXpOoNb 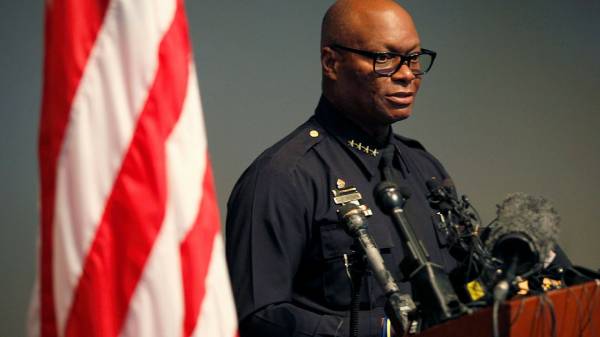 D.R.A.M. might just be the happiest hip-hop artist in the game right now, and he’s relishing every joyous moment he experiences. While recently riding through Hollywood, he said he looked from the car’s window and saw a billboard of his album cover, prompting him to ask the driver to stop the car so he could get out, and let everything sink in.

“That felt like …,” he recalled with a pause. “That really lifted my spirits.”