On Aug. 11, 2020, Big Ten commissioner Kevin Warren made what I regarded as one of the most principled, clear-eyed decisions of a sports leader at the professional or major college level.

Warren, the first African American to lead a Power 5 conference, announced that the Big Ten would cancel fall sports because of a coronavirus pandemic that had all but shut down the United States.

In making the decision, Warren and the Big Ten acknowledged what nearly every sane person knew: You should not be playing sports and asking athletes to perform in the middle of a pandemic.

This was a proud moment for Warren, quite consistent with the man I had known since his days with the Minnesota Vikings, where he was one of the few African Americans in an NFL executive suite.

“One of the things I promised myself is that I would make decisions that I felt were in the best interests of our Big Ten student-athletes,” Warren told me last week. “Last year, that’s what I felt that we did. I felt at the time, based upon the information from our medical personnel, is what the right thing to do would be to postpone the seasons and get things in order.” 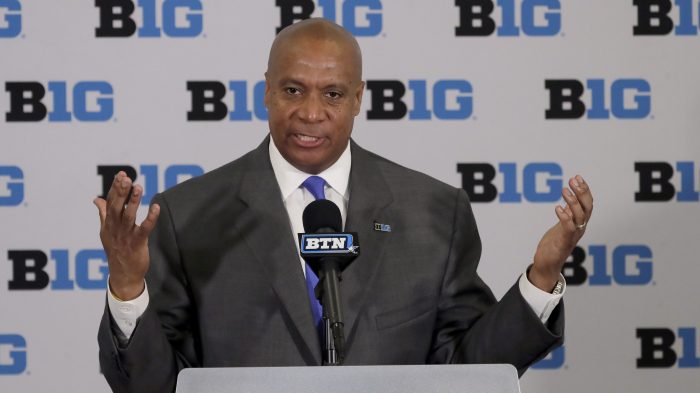 The Big Ten became one of the first Power 5 conferences to cancel fall sports. But Warren said that while he appreciates those who said he acted on principle, principle was not the motivating factor. “I didn’t do it for that reason,” Warren said. “We have people who are doctors on our campuses, who we trust and who I trust. We were navigating a global pandemic.”

The blowback was immediate.

Big Ten players organized on social media; parents picketed outside the Big Ten’s suburban Chicago offices. There were threats by coaches and athletics directors to leave the conference for greener pastures — conferences willing to play a fall schedule.

There was political pressure and posturing. Then-President Donald Trump, criticized for mishandling the early response to the virus, made a conference call to Warren in an attempt to convince Big Ten presidents to change their decision. With the nation shuttered, politicians were desperate to make things appear normal. There was nothing more normal than college football stadiums packed with uninhibited maskless fans oblivious to a raging pandemic.

A month later, Warren and the Big Ten changed course and announced the conference would return to football in October. New testing and safety protocols were announced. There would be daily coronavirus tests for athletes and coaches. There would be screening protocols and procedures for when athletes contracted the virus.

The Big Ten pressed on last season, even as COVID-19 resulted in 13 conference games being canceled. Finally, Ohio State reached the college football title, where it was routed by Alabama.

“I was encouraged by the decision we had made to postpone the season and then to still have a team in the national championship game,” Warren said.

There was no second-guessing himself. 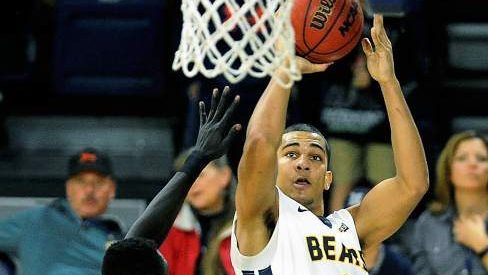 There are myriad pressing issues now facing Warren and the Big Ten. Last month, Texas and Oklahoma announced they were leaving the Big 12 for the SEC. How will the Big Ten respond?

By far, the most immediate challenge facing Warren and all Power 5 conferences is how to respond to the growing commercialization of college sports and to athletes’ insistence that they be allowed to participate in the commercialization.

Especially at the most competitive levels, intercollegiate athletics is a wolf in sheep’s clothing. While the enterprise exploits athletes for profit, it has not done a great job of making sure football and basketball players — especially African American athletes — receive a proper education and earn meaningful degrees. The Power 5s have done an even worse job giving those former players the opportunities as head football and basketball coaches.

The Supreme Court recently stripped away some of the sheep’s veneer when it ruled that athletes can profit from their names, images and likeness.

While Warren appreciates the athletes’ potential to profit from their names, images and likenesses, he wants the focus to remain on getting an education and earning a degree.

He knows the value of an education

Warren climbed the educational ladder. He was raised in Phoenix, spent his freshman year of college at the University of Pennsylvania. He went back to Phoenix, enrolled at Grand Canyon University and earned an undergraduate degree in business administration. He earned an MBA from Arizona State and his law degree from Notre Dame. Warren spent 14 years as an executive with the Vikings, where he was named COO in 2015.

“I was in the professional ranks for 21 years. These are young, talented people who came to college to get a chance to get a world-class education and to be able to compete. If they’re fortunate and if they’re blessed and if they’re good enough, then they will have a chance to play professionally. But this is not professional sports. These young men are still amateur student-athletes. They still go to class. They still take exams. They’re still on our campuses working toward a degree.”

In the long run, allowing student-athletes to participate in the commercial aspects of the enterprise may convince those on the fence to stay in school or turn pro, even stay for an extra year.

“There’s a line of reasoning that this will allow people to stay in college longer because they’ll be able to still be compensated for their name, image and likeness,” Warren said.

“Maybe they don’t feel the pressure of leaving to go the professional route. There’s a thought process that this may allow that student-athlete to stay in college longer.”

As a Power 5 commissioner, Warren is now part of a unique club that helps runs the multibillion-dollar intercollegiate athletics enterprise. The fact that last year Warren chose health and safety over economics, may have sown mistrust among some club members – and their networks.

“That’s on them,” Warren said. “I know what I was hired to do. And I know what’s in my spirit for me to do. And that is to be the best leader I can for this conference. To empower our student-athletes, create an environment where they can grow and mature and get a world-class education, and compete at the highest level.”

The pressure to make decisions based on economics, not ethics, can throw one’s moral compass out of kilter. It’s comforting to know that last year Kevin Warren’s first instinct was to do the right thing.