Billy Dee Williams: ‘What the hell is gender fluid?’

An interview with the 82-year-old actor blew up the internet, but he says his remarks were misinterpreted

He’s spent more than half a century in Hollywood, but Billy Dee Williams was still surprised.

The legendary actor — the essence of black masculinity with his velvety-smooth, bedroom-ready voice, which carried over into a ubiquitous Colt 45 malt liquor campaign in the 1980s — gave an interview to Esquire magazine about his role as smuggler Lando Calrissian in Star Wars: The Rise of Skywalker, which lands in theaters Dec. 20.

In that interview, the 82-year-old actor said, “And you see, I say ‘himself’ and ‘herself,’ because I also see myself as feminine as well as masculine. I’m a very soft person. I’m not afraid to show that side of myself.”

Media outlets — so many media outlets! — picked that quote up and ran with it. Williams, they reported, is gender fluid. People praised him. Oh, how they praised him.

Thing is, Williams has no idea what that means.

“People should read [Jung]. I mean, it would be an interesting education for a lot of people.”

“Well, first of all, I asked last night. I said, ‘What the hell is gender fluid?’ That’s a whole new term,” Williams said in an interview with The Undefeated this week.

He was misunderstood, he says.

“But what I was talking about was about men getting in touch with their softer side of themselves. There’s a phrase that was coined by Carl G. Jung, who was a psychiatrist, who was a contemporary of Sigmund Freud, and they had a splitting of the ways because they had different ideas about the … what do you call it? Consciousness. Unconscious. It’s collective unconsciousness. But he coined a phrase that’s, ‘Anima animus.’ And anima means that is the female counterpart of the male self, and the animus is the male counterpart of the female.

Williams says he was a bit shocked to see the headlines — and the praise that came along with how some people reacted to the Esquire interview.

“No, no, no, I’m not gay — by any stretch of the imagination. Not that I have anything against gay people. But personally? Not gay,” he said.

Williams made a common mistake in attaching gender fluidity to sexual orientation. Gender fluidity refers to people who do not identify themselves as having a fixed gender. Many prefer to use non-gendered pronouns: “they” instead of “he” or “she.”

Williams says he identifies as a man. A very cute man, he says with a chuckle. Because that’s how most of his fans still view him and Lando Calrissian, the character he brought to life nearly 40 years ago in the original Star Wars trilogy.

Williams shared how the role first came to him: After melting hearts with roles in Lady Sings the Blues (1972) and Mahogany (1975), Williams was a certified Hollywood heartthrob. He was the Dark Gable that black folks craved. And needed. Women wanted him. Men wanted to be him.

Irvin Kershner, who directed The Empire Strikes Back, summoned Williams for what the actor recalls as an unusual meeting.

“It was unusual because I was asked to play the character and generally actors have to go to somebody’s office and sit and sweat out those little moments of whether they’re acceptable or not,” he said. “Irv Kershner came to my house, and we sat and talked about Eastern philosophy and a little bit of European Western philosophy, and we had a pretty good rapport. He liked me, and I liked him, and that’s pretty much how the whole thing happened.”

I asked Williams why he thought Kershner wanted him for the role.

He chuckled and said: “He told me because I was cute, and lovely, and charming, and all of those good things.”

And all of those things were needed to portray Lando Calrissian. 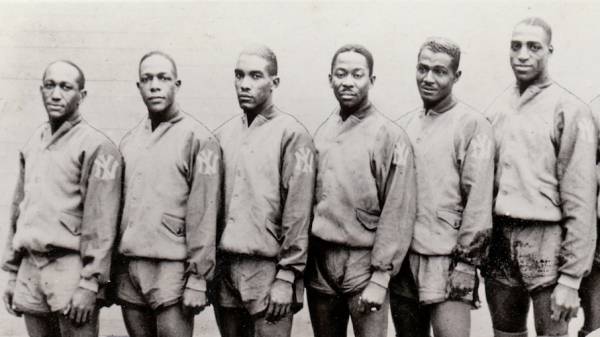 “He’s an interesting character,” Williams said. “I think he’s bigger than life. I think people like rogues – charming rogues in particular — and I think that certainly he has those qualities. He’s a bit dubious, which always makes the character a little bit more interesting, but he’s honorable at the same time.”

We don’t know much about what to expect in this chapter of the Star Wars series — Williams hasn’t seen it yet — but it’s expected to be one of the biggest films of 2019 and 2020.

“I just hope people will like it. I don’t even hope. I know that people are really going to enjoy it,” he said. “Besides all the adventure, there’s a lot of very sensitive moments in this whole experience. So, I think that the people are going to be deeply touched as well as being highly entertained.”