As soon as Deontay Wilder’s corner threw in the towel in the seventh round of his heavyweight championship fight with Tyson Fury, the jokes started flying about how his loss was the final blow to what has been a devastating Black History Month, full of embarrassments, trauma and predominantly white award shows.

The fact, of course, is that a black man got beaten fair and square by a white man in front of millions. But there’s truth to every joke, and the Wilder/Fury fight was another example of how we impose racial politics onto sports, fairly or not. There was real angst in black America over Wilder’s loss and a lot of that consternation came from the ways we grapple with race in this country.

Any time black athletes are pitted against white athletes, it elicits black pride and, sometimes, white antagonism. Magic Johnson and Larry Bird galvanized the country as the big-city “Showtime” black star clashed with the white “Hick from French Lick,” Indiana. The choices between black quarterbacks and their white counterparts have been well documented to be stand-ins for debates about race in America.

Boxing, though, is a raw, visceral beast. Boxing is one person proving physical superiority over an opponent, one-on-one, stripped of outside interference or teammates. The two competitors square off and fight. When black fighters and white fighters meet in the center of the ring, American history converges on each blow.

On the Fourth of July in 1910, black boxing phenom Jack Johnson defeated retired and formerly undefeated ex-champion James J. Jeffries in what was called the “Fight of the Century.” Jeffries said, “I am going into this fight for the sole purpose of proving that a white man is better than a Negro.” When Johnson won, riots erupted across America. Outraged white fans terrorized black folks out of disgust that boxing had contributed to discrediting their ideas of racial supremacy.

When Joe Louis fought Nazi Germany’s champion Max Schmeling twice in the ’30s, it became a referendum of the ideas of a “master race” and what makes someone American. Louis’ loss in the first fight was a tragedy for black America. Langston Hughes wrote about it in his autobiography: “I walked down Seventh Avenue and saw grown men weeping like children, and women sitting in the curbs with their head in their hands.” When Louis won the second fight, it was a watershed moment for black America, a reminder that black people, when given the same tools on the same stage as whites, would be more than equal.

Some of America’s most celebrated sports movies revolve around the racial politics of boxing: The Great White Hope, loosely based on Jack Johnson’s life, was a Tony Award and Pulitzer Prize-winning play as well as a critically acclaimed movie in 1970. The first three Rocky movies, pitting the white everyman against cocky black champions, are American classics. America is fascinated by these battles between races.

Which brings us to this past weekend. We saw it all play out again when Fury bested Wilder. The sadness and frustration were palpable. As much as we argue that we as black folks don’t need to prove our excellence to white people, we hung on every second of the fight as a source of black pride. We didn’t cry in the streets or give the fight as much weight as, say, a Joe Louis loss. But we still cared. 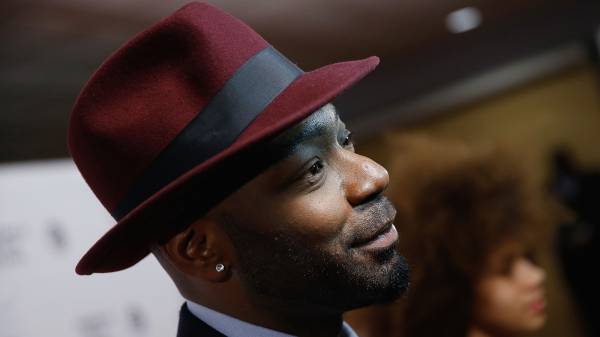 Part of it is the fact we as black people are so used to overcoming inequalities and systemic obstacles to reach success. We have to fight unequal access to education to make it to the same colleges as white people. We have to fight through hiring injustices to be in the same offices as our white coworkers. We have to battle housing discrimination to have houses that are as nice as white counterparts. We have to overcome voter suppression to get people who look like us in elected positions. And so on. In 2020, these inequalities are as magnified as ever.

Boxing, though, is supposed to be a fair and equal playing field, a space stripped of privilege and supremacy. Nothing matters but who is better. Fury was the better man that night, and there aren’t really any excuses. Watching a black man lose under those circumstances is frustrating.

Deontay Wilder and Tyson Fury are just two men who competed in a test of skill and power to determine who was the better man on one given night. But the history of race, especially in boxing, won’t allow them to have a meaningless battle. It’s not Fury’s or Wilder’s fault, nor is it the fault of black fans. We should be allowed to react as emotionally or as passionately as we feel. Because when that final bell rings, we know we have to face a reality that is inescapable and far more painful than the downfall of our rooting sports interests.