This story is part of an ongoing series by The Undefeated highlighting contemporary black artists who are invited to share their work, their process and a statement that is wholly their own.

I am a visual artist whose work primarily centers on people and their experiences with a hyperfocus on themes surrounding identity, masculinity, history, race and sexuality. For a long time, I have sharpened my lens on black men, capturing how we perceive ourselves, especially in contrast to how America at large sees us. Through Come to Selfhood, one of my most personal projects to date, I’ve photographed a cross section of young black men from various parts of the country who’ve congregated in Atlanta mostly. Going beyond just documenting their physical presence, I invited them to share their personal stories and encouraged them to reflect on issues of identity, sexuality, masculinity and more.

Police brutality, as well as vigilantism against black males, prompted my exploration. Like many millennials, I was rocked to the core by Trayvon Martin’s murder in 2012, mainly because I could identify with him. In 2015 and 2016, when I began conceptualizing and assembling Come to Selfhood, I was roughly 25. My little brother, however, was Trayvon Martin’s age, and that gave me a different perspective. It scared me. I started visualizing my little brother walking down the street in a hoodie, and suddenly I understood my parents’ fear. I also began to grasp the comparisons to Emmett Till’s murder in 1955. I began to really see that the media presented young black males, even kids like Trayvon and my brother, as aggressive, and that prompted questions, pushing me to use my work as an instrument to dive deep into what black masculinity is and is not.

Creating the photo essay I Am a Man for Smithsonian magazine coincided with my research on masculinity at Morehouse College, and that experience forced me to examine the origins of those conceptions and how they have evolved from the civil rights era to now. Recollections of hearing the phrase “Be a man” throughout my life also guided me, especially realizing that I was not alone. All of this pushed me to dig and ponder what “Be a man” truly means, especially now.

With Come to Selfhood, I typically photograph men I don’t personally know and present them with various questions about their identity and concepts of masculinity. Lately, my work has taken a more personal turn. After a 10-year hiatus spent going to school in North Carolina, at the historically black Elizabeth City State University, attending the Savannah College of Art and Design, Atlanta and traveling abroad, I never thought I would return to Rochester, New York. But there’s a multigenerational thread that haunts my work, and deep down I genuinely believe that’s why I’ve been drawn back home. 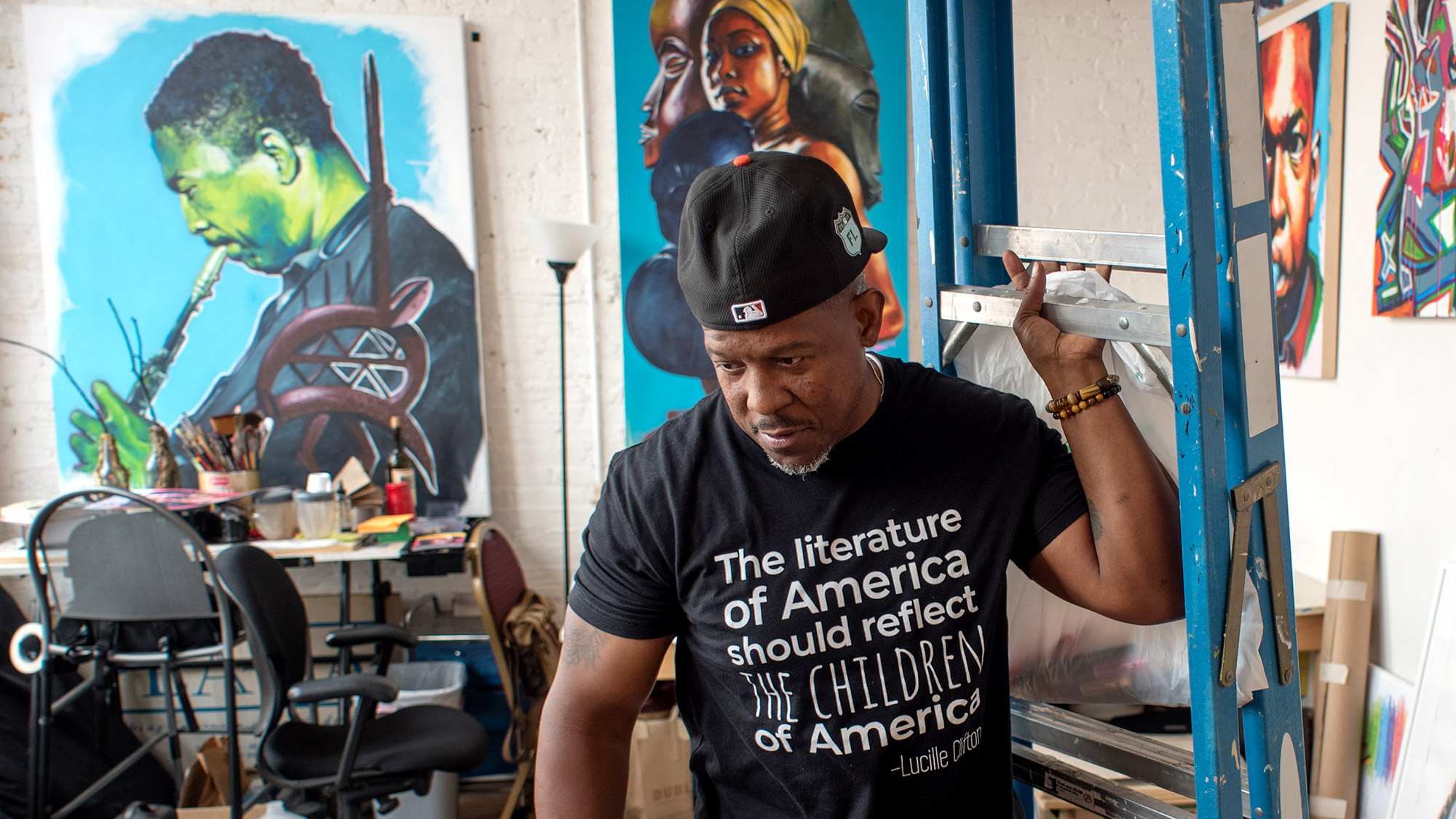 Growing up with three brothers, one older and two younger, our uniqueness was my normal. My grandfathers, my father and my uncles were also strong male presences in my life, and now I have three nephews. So that tree just continues to bear fruit. And, if that weren’t enough, Rochester was a consistent home to Frederick Douglass, who was born enslaved and claimed his own “selfhood” by running away. It was only after going out into the world that I learned that everyone didn’t accept the diverse and collective humanity I had always known. Black men are not all the same, and we don’t have to conform to the traditional and gender-normative constraints of the old world. We can all evolve and break free from social constructs that permit only a narrow range of behaviors and perspectives.

Although I recently made my older brother’s portrait for Come to Selfhood — with another photographer documenting me and my process, an exciting prospect I will ponder later — I feel myself stretching. Not too long ago I added video to my work, so I just keep peeling back the layers and finding new ways to indulge both my curiosity and my artistry. I’m no longer as singularly focused on questions of black male identity. I am now considering the African American family dynamic overall. That’s Rochester-influenced too. So is photography itself. For over a century, Rochester served as Eastman Kodak’s headquarters.

After photographing my brother, we went to my grandmother’s house, where I photographed other family members as the other photographer snapped away. I tend to pull inspiration from archival images, usually found in my grandmother’s attic, I discovered. Sometimes these vernacular photographs show up in my work. On a recent search for inspiration, I found an image of my grandfather’s vegetable garden from the early 1970s. My grandfather loved to work in the yard, especially when planting or harvesting from his vegetable garden, and I am quite sure he captured his prize with his Kodak camera.

That day I photographed family members in the same area as my grandfather’s garden. It was fascinating for me to take in the 40 years’ differences in the space, especially after my grandfather’s passing. I pondered spending time alone in that small section of the backyard near the garage but, instead, surrendered fully to the joy of my family. Because we’d recently had four funerals, being present with one another and renewing our familial bonds felt extra special.

Capturing and documenting who we are has given photography a powerful hold over me. Discovering that both of my grandfathers dabbled in photography is even more profound for me. Looking back and realizing that, as a kid, I was always my family’s designated photographer makes me feel destined for this.

Come to Selfhood has become more than an artistic project or statement; it’s profoundly emotional and grounding for me. As I embark on new creative journeys, incorporating my family and widening the dimension and potential sampling of men for Selfhood, I encounter new questions. I am surprised by how triggering our limited concepts of “black masculinity” can be and how multilayered our perceptions of identity are. Still, I appreciate the journey, even as it’s led me full circle. I’ve learned that in your search for answers, you’ll always find your way back home. — Joshua Rashaad McFadden 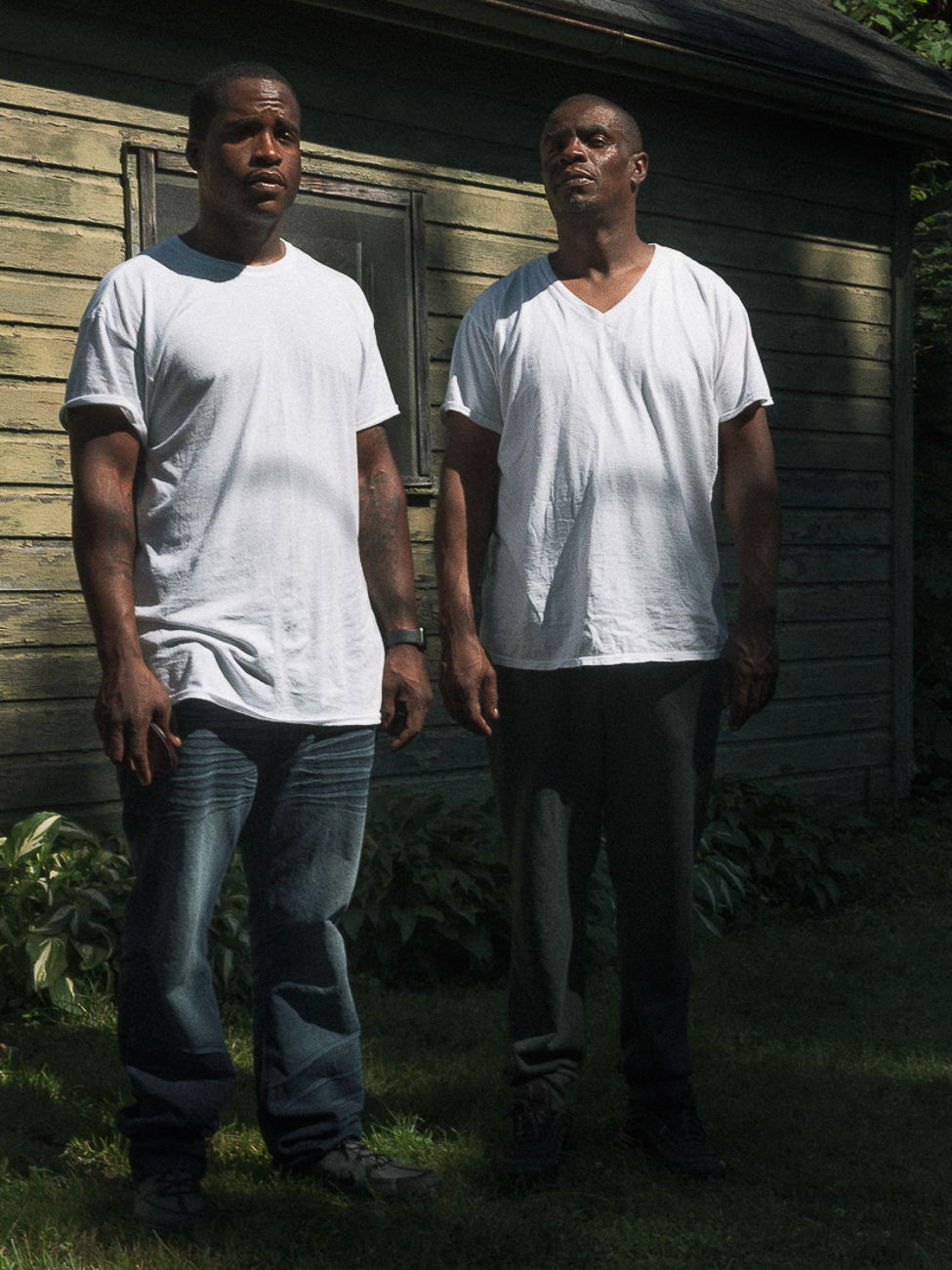 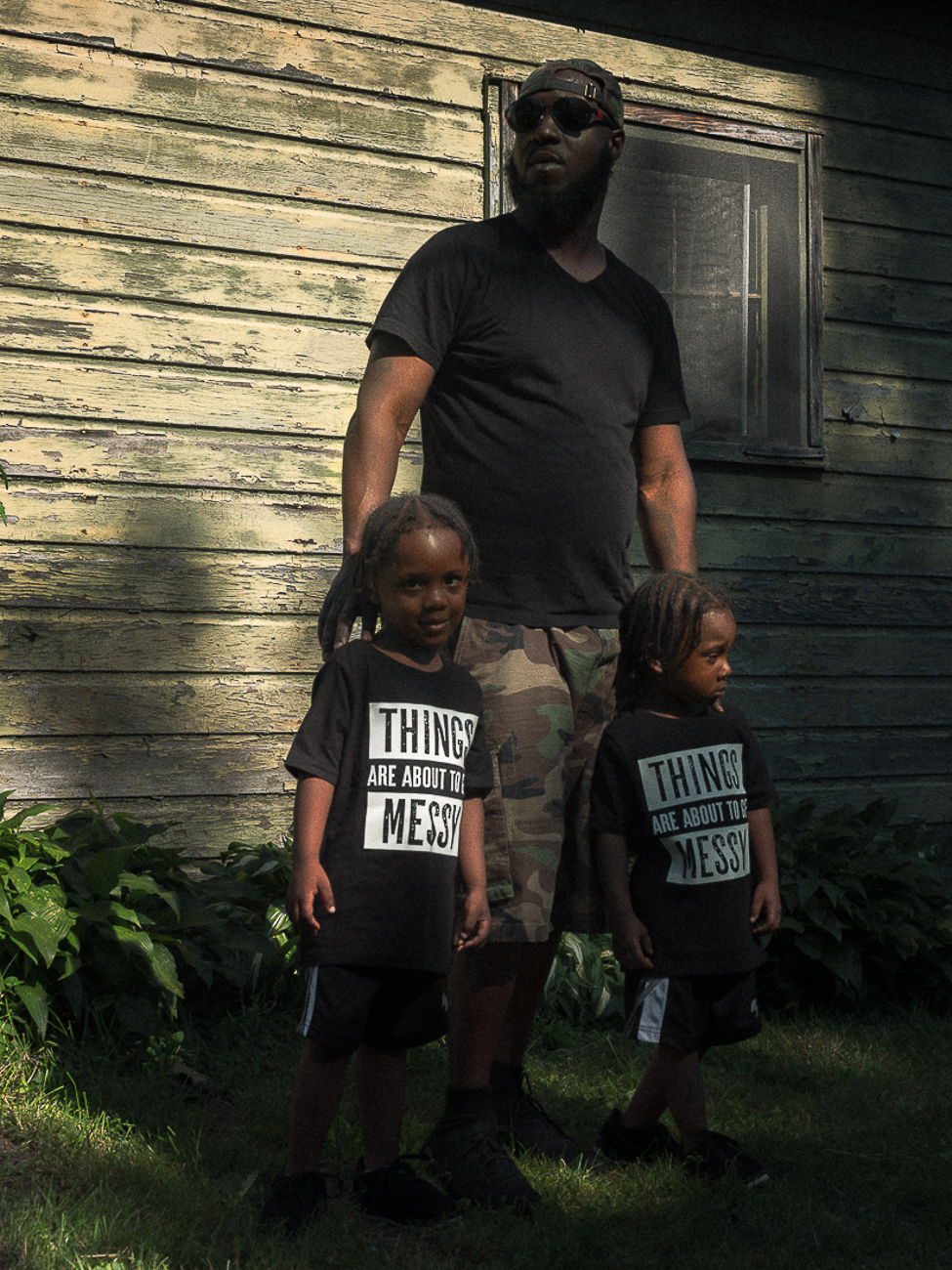