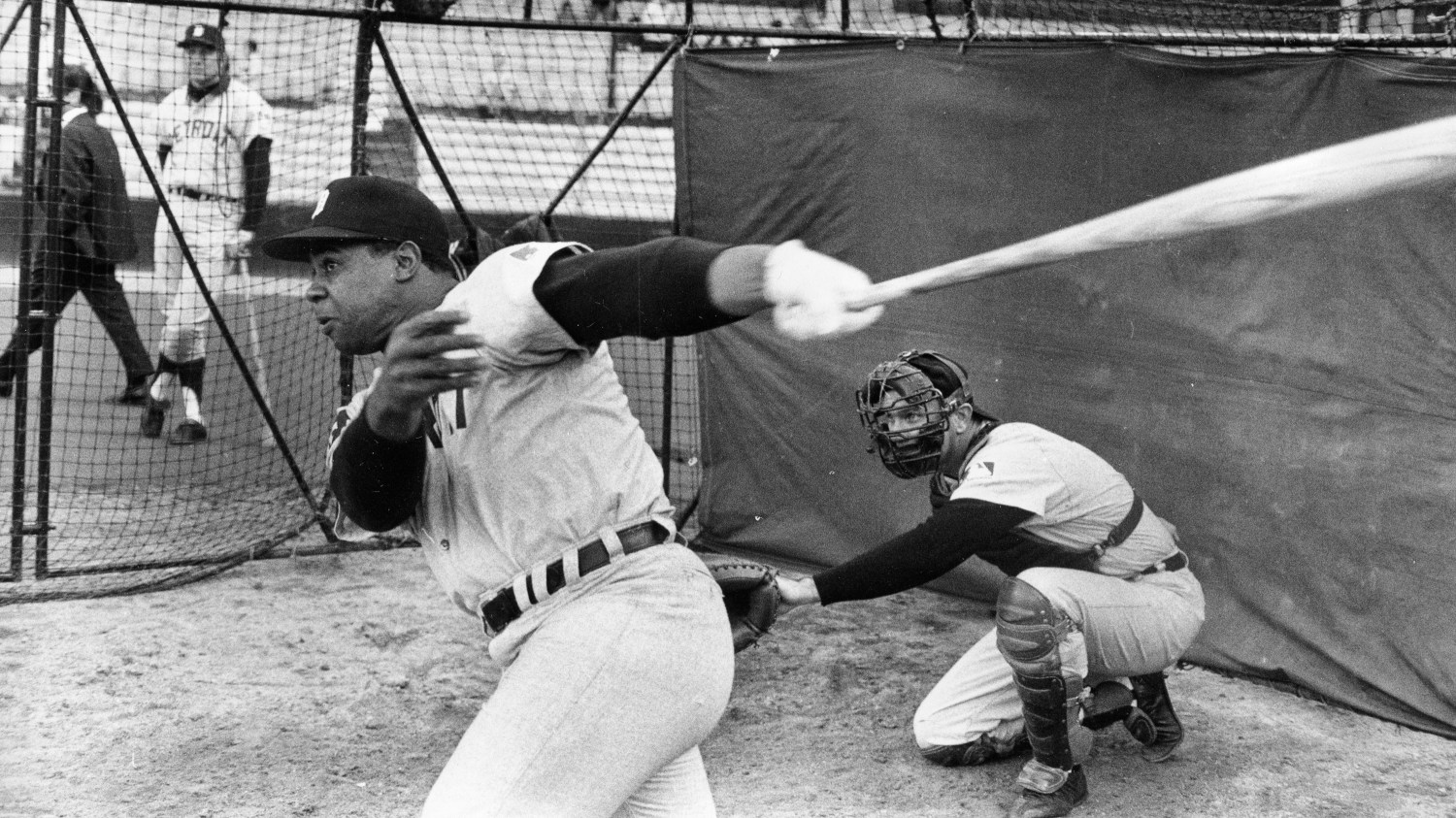 Detroit Tigers slugger Willie Horton hits the ball in the batting cage prior to tonight’s game with the White Sox in Chicago, Ill., May 21, 1969. AP Photo
Books

Detroit’s Northwestern High School has been a sports assembly line

Black Detroit — A People’s History of Self-Determination is a history of the African-American community in one of America’s most fabled cities. My narrative is framed with an aim of discussing how fugitive slaves from the “peculiar institutions” of the South via the Underground Railroad formed a thriving community of workers, who were decisive in building what would later be called the Motor City.

From the heroic deeds of William Lambert, a conductor on the Railroad who assisted the fugitives in their flight from bondage in the 1830s, to John Dancy of the city’s Urban League, who performed a similar duty during the Great Migration in the 1920s, there is a century of black ingenuity and self-determination.

When Detroit was deemed the “Arsenal of Democracy” during World War II, black workers were in the fulcrum of this national defense effort. And they would be among the robust rank and file when the fledging labor union movement gained traction in the 1940s and 1950s.

While sweat and toil may have been essential to black survival in Detroit, there was still time for other pursuits, none more meaningful than the black residents’ participation in the social and cultural spheres. Whether in religious affairs, political organizations, musical associations, educational activities or literary societies, black Detroiters were as creative and tireless as they were in the factories and plants.

And we shouldn’t forget they were also among the city’s most gifted athletes.

Detroit, as the world knows, is synonymous with assembly lines, whether in the automobile plants or at Motown, where Berry Gordy had his own production team. But the city has a number of other significant narratives — labor unions, political organizations, literary societies and religious institutions. Like music, theater and dance, black Detroiters have been prominent figures in sports, particularly boxing, baseball, basketball, football and track.

In fact, if Detroit had its assembly lines in the plants and at Motown, one could say that one existed in sports at Northwestern High School.

While I knew much of this about Detroit’s great athletes — and I attended Northwestern High School and for a few inglorious years was part of the school’s sports ​program ​— I discovered a score of others during my research on Black Detroit — A People’s History of Self-Determination.

As a youth, I often ventured to Hamtramck Park to watch the Detroit Stars of the Negro National League challenge the Homestead Grays and other league rivals. This was in the 1950s, and by then Satchel Paige and Josh Gibson dominated the Negro National and American Leagues. Meanwhile, the Detroit Stars had Norman “Turkey” Stearnes, who during his nine years with the team, between 1923 and 1937, compiled a trove of enviable records. Stearnes led the League in home runs and batting average on several occasions. He possessed Gibson’s power, Cool Papa Bell’s speed and the baseball instincts of a Jackie Robinson. In 2000, Stearnes was inducted into baseball’s Hall of Fame.

Some of Stearnes’ feats and exploits on the diamond were equaled in the Major Leagues by two players from Detroit’s Northwestern High School — Willie Horton and Alex Johnson. During his fourteen years with the Detroit Tigers, from 1963 to 1977, Horton led the team in home runs and runs batted in. He had a lifetime batting average of .273 and his 325 home runs placed him among the best of his generation. Johnson may not have had Horton’s power, but he was an extraordinary hitter, and he and Horton as high school teammates struck fear in opponents. From 1964 to 1976, Johnson was a stellar performer with a number of teams. He led the American League in hitting in 1970. His brother, Ron, was an outstanding running back, notably with the New York Giants.

Of course, any mention of football conjures the end sweeps of Billy Sims, Mel Farr, and Barry Sanders, each of them with game-breaking speed and the ability to run inside the tackles. They were not native Detroiters like Ron Johnson, but their accomplishments on the gridiron earned them everlasting adoration from their Detroit fans.

Detroit produced a bumper crop of black basketball stars, including George Gervin, Ralph Simpson, Reggie Harding and Spencer Haywood. Haywood and Simpson formed a dauntless duo like Horton and Johnson, and together they led Pershing High School to the state championship. Haywood was exceptional both on the court, where he spent exciting years with the Seattle SuperSonics and the New York Knicks, and off the court, where in 1970 he provided the legal case that opened the NBA to undergraduate college players.

Black Detroiters burned the cinder path as well, beginning with the Olympic great Eddie Tolan. Dubbed the “Midnight Express,” Tolan set world records in the 100-yard dash in the 1930s and continued his conquests in the 100 and 200 meter races, climaxed by his Olympic gold medals in the sprints in 1932 in Los Angeles.

Called the “Gray Ghost” during school days at Northwestern High School, Henry Carr matched Tolan’s victories at the 1964 Olympics in Tokyo, winning the 200-meter dash and anchoring the 4×400 relay. Drafted by the New York Giants in 1965, Carr played three years before a knee injury ended his career.

Yes, black Detroiters are noted as musicians, as political activists and as labor leaders, but many of these important figures also excelled in sports such as track star Ralph Bunche, percussionist Roy Brooks (another alumnus of Northwestern), playwright Ron Milner and boxing trainer Emanuel Steward, who taught Tommy Hearns how to land his thunderous punches. And we should note that Berry Gordy was a fairly competitive bantamweight fighter and once on the undercard with Joe Louis.

This is just a sample of the sports legends who abound in Black Detroit — A People’s History of Self-Determination. And how wonderful it would be if the book puts me back in touch with Curtis Jones, the wizard on the court with a basketball for Northwestern, who almost singlehandedly beat Pershing High Schools immortals Simpson and Haywood for the city championship.

Adapted from the book Black Detroit — A People’s History of Self-Determination (Amistad, 2017), which will have its official release on June 10 at the Charles H. Wright Museum of African History in Detroit.

Herb Boyd is an American journalist, educator, author and activist. He met Malcolm X in 1958 and credits him as an inspiration.