‘Art tends to be in galleries and not out in the public. We had a chance to show what’s going on through our art on a worldwide stage.’

As Serena Williams gathered herself before unleashing a serve during her US Open quarterfinal match on Wednesday, artist Nikkolas Smith got excited.

Smith knew, in that crucial moment, Williams was focused on the task at hand. But that didn’t stop him from imagining that the 23-time Grand Slam winner was also reflecting on the pieces of Black Lives Matter-themed artwork — one of them that he created — positioned in clear view just beyond her opponent.

“Who knows, maybe she got a little bit of inspiration,” Smith said. “For the entire tournament, I’ve been thinking, ‘Serena Williams is facing my art during a tennis match.’ It’s been surreal.”

The artwork by Smith — a self-portrait titled Break Point that Smith said reflects the thousands of men and women struggling and fighting for equality and justice — is one of 18 pieces that have been on display in the front row of Arthur Ashe Stadium at the US Open. The prominent placement was made possible by the absence of fans at this year’s US Open amid the global pandemic.

The art, presented as part of the “Be Open” initiative launched by the USTA, came as a result of the governing body of American tennis wanting to acknowledge the issues faced by Black Americans.

“In a year where the US Open was going to be very different and unique, we wanted to shine a light on the Black Lives Matter movement,” said Nicole Kankam, managing director of marketing for the USTA. “The ‘Be Open’ initiative covers different areas of racial injustice and equality — both gender and LGBTQ. We also wanted to give a voice and platform to Black artists that may not have been given a voice or showcase in this way.”

That includes Brittany Williams, who is based in Rochester, New York, where she works with local youths to install mural-style art on basketball courts in Rochester parks.

Bronson Ave completed! This design was lead by @free_lncr and @francheskathesun

Williams, 30, received the call from the USTA in August. Given a two-week deadline, she was initially reluctant.

“At the time, I wasn’t sure if I could balance the two,” said Williams, who spent the summer working on her Peculiar Asphalt project. “Once I read the brief and understood we could do whatever inspired us, I knew I wanted to be involved.”

Williams decided to focus her art on her mother, Yolanda Davis.

“At first, she was a bit extra because she’s very tedious in details and really picky,” Williams said, laughing. “We ended up taking some pictures and she picked the one she liked. She gave me some advice: Don’t mess this up.”

The final piece, titled Resilience, is dedicated to Black mothers who are committed to challenging the narrative around motherhood. Williams and her mother, already huge sports fans, have spent the past two weeks snapping images of the art whenever they see it on television.

“At first, I was really curious to see how the artwork was going to be displayed, because art being placed on chairs is something I just couldn’t imagine,” Williams said. “But they’re right in the front row, and you see them when players are serving and from other angles. To have Serena Williams right there in front of my artwork is truly amazing.”

When Smith, who’s based in Los Angeles, was called by the USTA, it was the extension of a transformational year for his career, triggered by former first lady Michelle Obama sharing his image of George Floyd, who was slain while in police custody, on Instagram. That share made the image go viral (1.3 million likes on her page) and resulted in additional shares by singers Janet Jackson and Miley Cyrus.

Like so many of you, I’m pained by these recent tragedies. And I’m exhausted by a heartbreak that never seems to stop. Right now it’s George, Breonna, and Ahmaud. Before that it was Eric, Sandra, and Michael. It just goes on, and on, and on. Race and racism is a reality that so many of us grow up learning to just deal with. But if we ever hope to move past it, it can’t just be on people of color to deal with it. It’s up to all of us—Black, white, everyone—no matter how well-meaning we think we might be, to do the honest, uncomfortable work of rooting it out. It starts with self-examination and listening to those whose lives are different from our own. It ends with justice, compassion, and empathy that manifests in our lives and on our streets. I pray we all have the strength for that journey, just as I pray for the souls and the families of those who were taken from us. Artwork: @nikkolas_smith

“Black Lives Matter reached out and asked if they could create a piece, and then it was on billboards all across America from Times Square in New York to the Beverly Center in Los Angeles,” Smith said. “Then Converse reached out and said they wanted to post my work on billboards instead of images of shoes. It’s been back-to-back-to-back weeks of unbelievable moments.”

As the billboards went up, Smith drove around the city to capture the images.

Wow! As a Black artist, this is a surreal moment for me. @Converse has given me the opportunity to publicly share my artistic perspective on the priceless value of Black lives. They shifted their latest Fall campaign plans and decided to grant their billboard spaces to me, as part of their commitment to amplify the voices of Black creatives around the world. 🙏🏾 So if you happen to be strolling through Downtown Los Angeles, East Hollywood, or Silverlake, you can now have a city walkthrough of some of my work from the last seven years. 🤯😭 Thank you to all of you for sharing my art over the years! You’ve helped make moments like this a reality. Special thank you to @KristinDoerrer18 and the Converse team, and to Jian Allen! @yesthatjian 👊🏾✨ 📸 by @CassiusPettit #BlackLivesBuiltAmerica #ConverseAllStar #BlackLivesMatter #StopWars #SundaySketch #NikkolasSmith #Converse x #NIKKOLAS

After Converse completed the citywide installation, Smith and his pregnant wife attempted a marathon session through Los Angeles.

“We had this wonderful day mapped out, but had to cut it short because my wife wasn’t feeling good,” Smith said. “She wound up going into labor that day, and my son was born.”

Smith grew up as a sports fan, but he has watched more tennis these past few weeks than at any time in his life.

“I pop in and out of the matches all the time, and my mother is always calling telling me she saw my face,” Smith said. “It was so cool to see Novak Djokovic standing in front of my art. Even though I know the art is going to be in the same place and isn’t going to change, it’s still exciting to watch.” 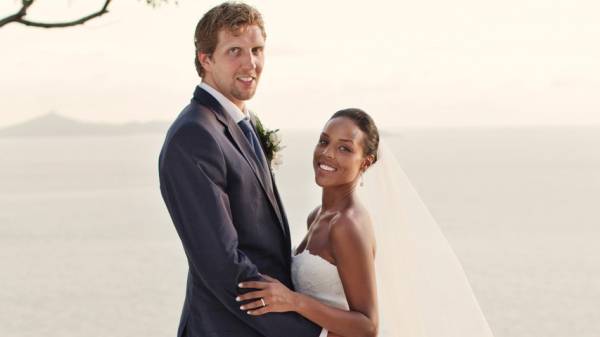 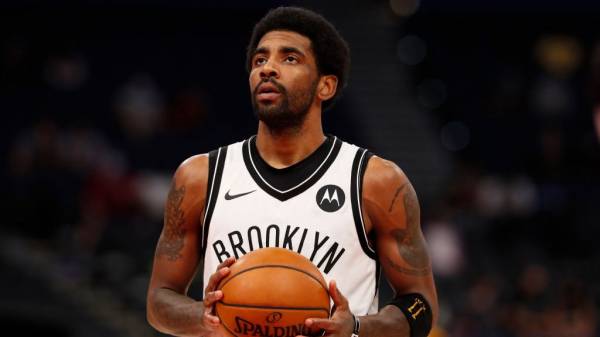 With the US Open coming to a close, the USTA Foundation plans to start auctioning off the art on Friday. Part of the proceeds will go to the National Junior Tennis and Learning network, founded by Arthur Ashe, and part will go to a charity of the artist’s choice.

The 18 artists, even in a US Open absent fans, have shared an experience these past few weeks that they’ll never forget.

“Art tends to be in galleries and not out in the public,” Williams said. “We had a chance to show what’s going on through our art on a worldwide stage.”