Owners representing the 32 NFL teams are meeting virtually this week to discuss the state of the league, which appears to be in good hands with the recent signing of broadcast rights contracts worth more than $110 billion.

That’s a hefty number to share among the owners — only two of whom are people of color, and none of whom are Black. But as they divide their lucrative pie, there’s an African American sports group in Oakland, California, hoping to get their community a slice.

That group, the African American Sports & Entertainment Group (AASEG), is hoping to ride the wave of an awakening that occurred last year when, during the pandemic, people began to better understand this country’s racial inequities. Part of the mission of AASEG is to bring a professional football team back to Oakland and make history as the first Black-owned NFL ownership group.

“We feel like this is a Jackie Robinson moment,” said Raymond “Ray” Bobbitt, the creator of AASEG and the founder of an Oakland-based facility management and urban consulting company. “Typically when African Americans break barriers, it opens up barriers for all people who are marginalized.”

One of the main people Bobbitt leans on for advice and guidance is Bill Duffy, a longtime sports agent and the CEO of BDA Sports. For more than three decades Duffy has represented some of the most talented basketball players in the world, including Yao Ming, Steve Nash and Luka Doncic. Last year Duffy stepped out of his comfort zone to join AASEG.

“I want to do things the right way with the right people, and I’m excited about this football endeavor,” Duffy said. “Sometimes you reach goals, and sometimes you don’t.

“I’ve never been afraid of a challenge.”

The initial challenge AASEG faces is to acquire the city of Oakland’s share of the Oakland Coliseum site, home of the MLB’s Oakland Athletics. Alameda County sold its share of the site last year to the A’s. There are three groups — AASEG, the A’s and a group led by former A’s pitcher Dave Stewart — vying to purchase the city’s share of the site.

“The city has received several letters of interest in the Coliseum from various interested parties including AASEG,” said Karen Boyd, the Oakland citywide communications director. “The city is looking forward to receiving a more detailed written proposal from AASEG and other interested parties in order to fully consider their offer.”

If AASEG can clear the hurdle of buying Oakland’s portion of the coliseum location, it plans to build a new stadium with the hope of securing an NFL team. But here’s the next obstacle: NFL ownership rules state that only individuals can own teams, with the controlling owner holding at least a 30% stake in the team. Under those rules, NFL owners, if they were to consider the AASEG plan that was first presented to them last year, would have to make an exception.

“Due to the lack of equality economically, there’s probably two or three African Americans who fit that criteria,” Duffy said of the 30% controlling owner criteria. “We’re looking for hopefully a more creative model where there’s a lot more flexibility.” 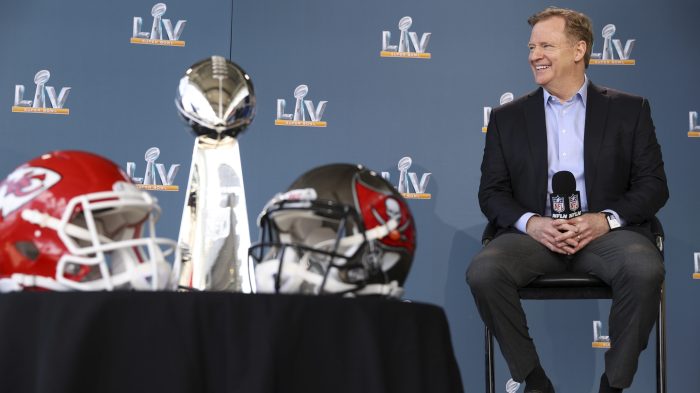 In the NFL’s coaching ranks, equality is still but a dreamRead now

The more creative model that AASEG is proposing is an ownership group along the lines of the Green Bay Packers, the only publicly-owned team in the NFL. The Packers, which were formed in 1919, are exempt from the current ownership rules, which were established in the 1980s.

The group had dialogue with the NFL last year after announcing its plans and is hopeful to have further discussions with the league.

“They’ve taken the information that we presented,” Duffy said. “They’ve been very respectful.”

Duffy, with his experience in sports as an NBA agent, serves as the chief strategist and lead spokesperson for AASEG. Other members of the group include:

“When I heard about who was involved with this group, I was excited because these are people who are well respected,” said Scott, who was approached by Bobbitt last year. “With this group, this is the perfect opportunity that the NFL and this nation is moving towards a new day of diversity and inclusion.”

Inclusive hiring has been a leaguewide problem, with only three Black men currently holding head coaching positions. In January, Stump Mitchell, a longtime NFL assistant coach who has never been a head coach, offered this suggestion in a conversation with The Undefeated.

“Doing that solves the problem of Black coaches always facing a quick trigger,” Mitchell added. “I think the fairness would come with ownership.”

That idea of teams consisting of all Black head coaches, management and ownership is appealing to members of AASEG.

While a main goal of the group is the return of football to Oakland, another of their stated aims is to create a “Black Wall Street 2,” similar to the vibrant district of Black businesses that was created in Tulsa, Oklahoma, in the early 20th century. The proposed district, which Scott envisions to be similar to the L.A. Live complex in Los Angeles that surrounds Staples Center, would include a convention center, academic facilities, housing and a sports and entertainment hall of fame.

“It’s a travesty that the great Bill Russell doesn’t have a statue in Oakland, and we would honor all of the Hall of Famers that came from the fields and courts of Oakland,” said Bobbitt, who sold water and umbrellas at sporting events at the coliseum and Oakland Arena as a kid. “What we hope to do is not just revitalize the site, but revitalize the entire community and do it without gentrification and displacement being a vehicle like it’s happened throughout Oakland.”

Duffy’s expertise in dealing with basketball officials both in the NBA and overseas will be crucial in the AASEG efforts to move the needle. But this is also personal for him.

Duffy, who lives in the Bay Area, spent time in Oakland with his father while growing up and later played college basketball at nearby Santa Clara University. While growing up in California, Duffy was influenced by the successful Black men who made history in sports.

“I watched Bill Russell while he was a player and a coach, and Al Attles as he coached a championship team, and I saw Black men succeeding,” Duffy said. “When you see that, it makes you believe that someone who has a similar background as you can do more than just play a sport.”

That’s the inspiration that Duffy hopes AASEG can make if it’s successful in acquiring the coliseum site from the city of Oakland.

“Whether it’s political or cultural of the history with the Black Panthers, Oakland’s been a mobilizer for race relations,” Duffy said. “It’s just par for the course that Oakland would be a city that embraces this type of opportunity.

“If we’re successful in this, it will be inspirational for a lot of African Americans.”