‘Blacketology’: Keep your eye on these coaches in the NCAA men’s tournament

Several coaches have their teams on the bubble, but Shaka Smart is also on the hot seat at Texas

It’s March, so March Madness is officially upon us.

As a bracketologist – or excuse me, a blacketologist – it’s my favorite time of year. Less than a week away from Selection Sunday, every game matters. Momentum is at stake. Seeding is at stake. And, of course, being a part of the greatest sporting event known to man – the NCAA tournament – is at stake.

The bubble is not a comfortable place for college basketball teams or coaches. It is unstable ground. A precarious position. Winding up on the right side of the bubble is paramount, particularly for coaches, since missing the tournament can be harmful to a coaching career. 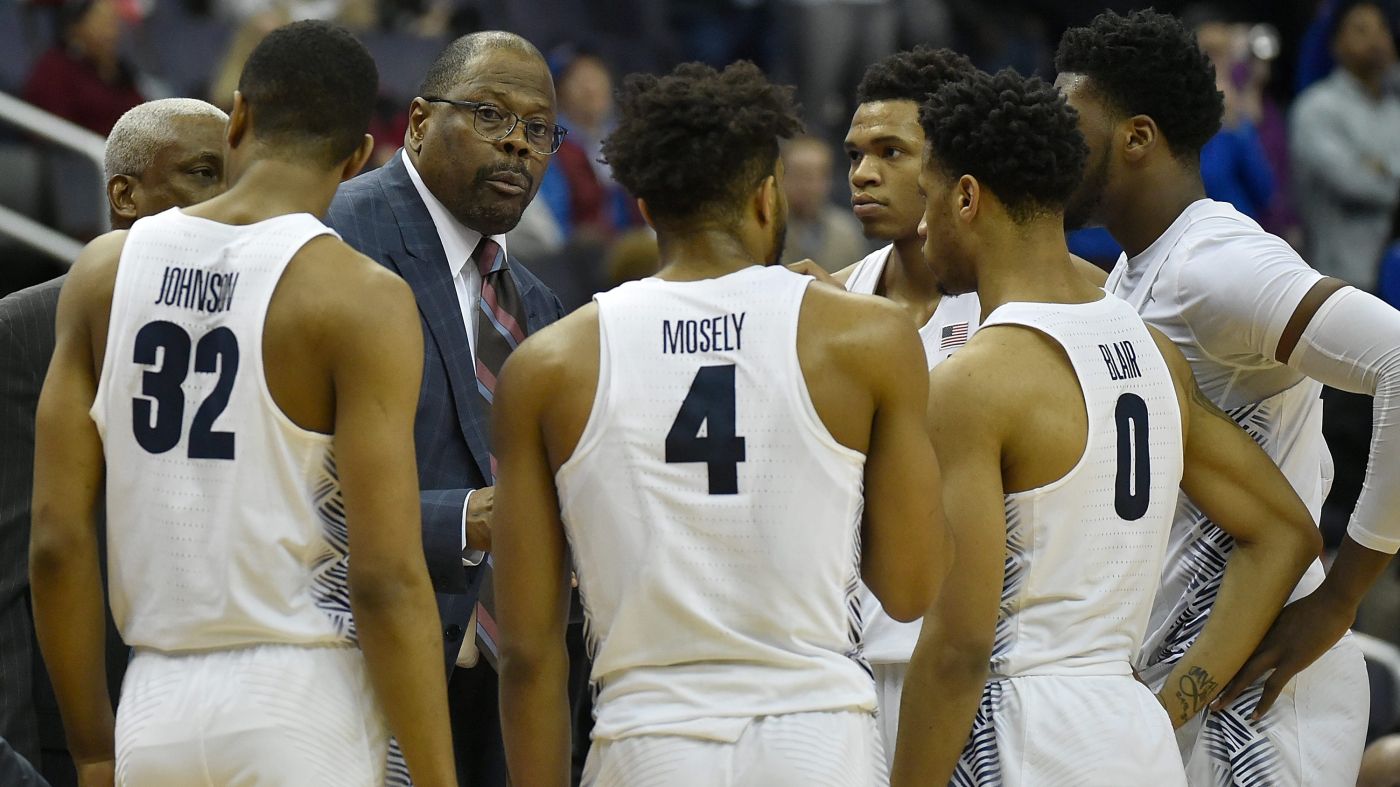 In the MEAC, North Carolina Central’s 86-80 win over North Carolina A&T State March 5 clinched the No. 1 seed in the upcoming MEAC tournament for the Eagles and head coach LeVelle Moton. The NCAA tournament is a familiar place for Moton and Central, who have clinched berths after winning three consecutive MEAC tournaments. N.C. A&T and head coach Jay Joyner were at the top of the league for much of the season, so it would not be a surprise to see a rematch between the two North Carolina schools in the MEAC championship on Saturday in Norfolk, Virginia.

Prairie View A&M has been the class of the SWAC this season, and it will be the No. 1 seed in the league tournament. Head coach Byron Smith also has NCAA tournament experience, having taken the Panthers to the Big Dance just last season.

North Carolina Central and Prairie View A&M are among the lowest-ranked conference leaders in the NET rankings, so both teams, or any team that comes out of the MEAC or SWAC, are likely to be playing in the First Four in Dayton, Ohio, March 17-18.

Back to the bubble

There are a handful of coaches of color who have much to gain or lose during Champ Week.

So, in the spirit of inclusion, recognition and encouragement, here is a look at the black bubble: schools with black or Latino head coaches who are currently on the bubble and are in dire need of wins (as well as our love and support) to secure one of the 36 at-large bids in the Big Dance, not to mention future job security.

In his second year at the helm, head coach Anfernee “Penny” Hardaway is also leading a different team than he thought he would at the start of the season. Thanks to consensus top three NBA draft pick James Wiseman’s decision to forgo his college career after the NCAA suspended him for receiving improper benefits from Hardaway, Memphis has been unable to live up to expectations.

The young Tigers played well through December but have been inconsistent in conference play, totaling only two Quadrant 1 victories while suffering shaky home losses to Georgia and South Florida and losing by 40 at Tulsa.

Memphis and Hardaway will need a strong showing in the American Athletic Conference tournament – at least a run to the championship game – to participate in the NCAA tournament.

“We need to win out,” Hardaway said after his team’s loss at SMU on Feb. 25. With a NET rating currently at 60, he is likely correct.

N.C. State and head coach Kevin Keatts are in better shape. I currently have the Wolfpack projected as an 11-seed and among my last four teams in the NCAA tournament based on four Quadrant 1 wins, including a victory over Wisconsin and a 22-point blowout over Duke.

Keatts, in his third year as the head coach in Raleigh, North Carolina, made the NCAA tournament in his first season but missed it last year.

The Wolfpack would be wise to win at least one game (two to be safe) in the ACC tournament in Greensboro, North Carolina. My vote of confidence notwithstanding, their tournament position is tenuous, as ESPN bracketologist Joe Lunardi currently has the Wolfpack among his first four teams out of the tournament.

Keatts, of course, understands what is at stake, but is not sure he wants his players to know.

“I’m like the dad that has the teenage son that you don’t really want to have that conversation with,” he joked after N.C. State’s win over Pittsburgh on Feb. 29. “I always tiptoe around do I tell them how important [each game] is, or do I say it’s not important it’s just another game.”

Whatever the strategy, the Wolfpack cannot afford any more slipups.

It’s been a grind this season for head coach Frank Martin and the South Carolina Gamecocks, as they have been unable to string together enough quality victories to contend seriously for an NCAA tournament bid. However, eight combined Quadrant 1 and 2 wins, including victories over Virginia and Kentucky, have South Carolina clinging to the outside of the bubble with hopes of a deep SEC tournament run.

In what was a snapshot of its season, South Carolina followed an impressive victory over fellow bubble mate Mississippi State on March 3 with a deflating loss to SEC bottom-dweller Vanderbilt on March 7.

If the Gamecocks can get to the SEC tournament final game, that would mean they would have beaten at least two NCAA tournament-bound teams and would force the NCAA tournament selection committee to take a long look at Martin’s squad. Anything less, and it’s NIT time.

Texas head coach Shaka Smart has also dealt with his fair share of injuries this season. And after the Longhorns lost at Iowa State by 29 on Feb. 15 for their fourth straight loss, it looked like this season, and quite possibly Smart’s Texas career, was all but done.

However, Texas then turned into one of the hottest teams in the nation and went on a five-game winning streak, including a victory at fellow bubble team Oklahoma on March 3. All of a sudden, Smart’s squad was being hailed as comeback kids and bracketologists had it miraculously in the field of 68.

Unfortunately, the Longhorns must have been reading their press clippings. They were brought crashing down to earth March 7 in an embarrassing 22-point home loss to Oklahoma State. Just as fast as they seemed to get themselves into the NCAA tournament out of nowhere, they are again back on the bubble.

So, the Longhorns have more work to do in order to earn an NCAA tournament bid. They will need to win at least their first game in the Big 12 tournament against Texas Tech to get Smart to his third NCAA tournament in five years at Texas.

Georgetown is no longer on the bubble, but the job head coach Patrick Ewing has done this season deserves mention.

In December, Georgetown lost four scholarship and rotation players to the transfer portal. This left Ewing with a seven-man rotation. The undermanned Hoyas have played inspired basketball ever since, but because of the strength of the Big East, that has not translated into enough wins.

Still, thanks to surprising wins over Creighton and at Butler, Georgetown was actually in decent position for an NCAA tournament bid only a couple of weeks ago. But nagging injuries to its two remaining best players, Mac McClung and Omer Yurtseven, proved too much for the Hoyas to overcome.

A six-game losing streak has the Hoyas completely off the bubble and in need of a miracle finish. Georgetown will need to win the Big East tournament for Ewing to make his first NCAA tournament appearance in his third year as head coach. Georgetown’s otherwise surprisingly solid resume – eight Quadrant 1 and 2 wins combined and the 22nd ranked strength of schedule – will not be enough.