The Republican Party’s harsh rhetoric is just part of politics, they say

Delegates to the Republican convention this week have been delighted as President Barack Obama was called weak-kneed in the face of terrorism, an enabler of U.S. enemies, insufficiently supportive of police and a racial “divider-in-chief.”

It is a big part of what political conventions are about: pumping up the base by painting the opposing party’s leader as the enemy. But in this case, the scripted insults have come after nearly eight years of vitriol that has left some Obama supporters convinced that the nation’s first black president has been treated differently from his predecessors.

It has the makings of a delicate predicament for the handful of African-Americans sprinkled among the overwhelmingly white GOP delegates gathered at Cleveland’s Quicken Loans Arena. None of them are political supporters of Obama, but at the same time they feel a sense of pride that a black man occupies the Oval Office.

“You cannot be a black person in the country and not realize that it is a historic moment for our country to have an African-American in the White House,” said Christopher Harvey, 36, whose white 10-gallon hat instantly marked him as a Texan. “Now, I think he’s the wrong one. But we’re proud.”

Still, Harvey said he is not insulted by the harsh criticism and outright lies that have been hurled at the president by some of the most respected figures in his party. Former House Speaker Newt Gingrich called him the food-stamp president, and presidential nominee Donald J. Trump falsely labeled Obama a foreigner.

“That is just one party going against another party,” Harvey said. “If people are shouting racism about that, I can go ahead and say the Congressional Black Caucus was racist against President Bush because they tried to block everything that he did. It’s the same thing.”

White Republicans who vehemently oppose Obama say much the same.

In an interview, Gingrich said Obama also is “fully capable of vitriol” and said that the president’s rhetoric pointing out inequality and racial disparities has divided the nation. He added that the food stamp crack about Obama — a regular feature of his failed bid for the GOP presidential nomination in 2012 — had nothing to do with race.

“Look, more whites receive food stamps than blacks,” Gingrich said. “So if I am criticizing the use of food stamps, you have to put yourself into a pretzel to decide that is a sign of racism.”

Some of the toughest rhetoric directed at the president during the convention has come from the sprinkling of black speakers who have addressed the delegates. Darryl Glenn, a Republican Senate candidate from Colorado, introduced himself Monday night as an “unapologetic Christian, constitutional conservative, pro-life, Second-Amendment-loving veteran.”

“I am often asked, ‘Why are you a Republican?’ ” he continued. “That’s because the ‘democrat party’ is a party of handouts, and after 7 ½ years, the only thing we have left in our pockets is change. This president has run to be commander in chief. Unfortunately, his rhetoric has made him divider-in-chief. We’re more racially divided today than before he ran.”

That remark, like others directed at Obama during the convention, left Harvey and several other black Texas delegates unruffled. They pointed out that black Republicans are often treated far worse by other African-Americans.

Some pastors block Republicans from their pulpits, they said. Frequently, they have their racial bona fides questioned because they are not Democrats. Meanwhile, they noted, some of the most accomplished black Republicans in the nation, from former Secretary of State Condoleezza Rice to Supreme Court Justice Clarence Thomas, have been parodied as house Negroes and Uncle Toms.

“Just because we’re all black it doesn’t mean we have the same opinions,” Harvey said.

Anne Mazone, 70, a retired teacher’s aide, was born and raised in Navasota in the central Texas Brazos Valley. She never thought she would see the country led by a black president. But when Obama came along, she could not bring herself to vote for him, although she came close.

“I think he fell short of what a lot of people thought he was going to be, especially for African-Americans. I kept waiting for him to say to young black men, ‘You can achieve anything you want to, just look at me. I was raised by my grandparents, and I had a single mother. But I made it.’ He has not done that enough. I think he has been a middling president. ” 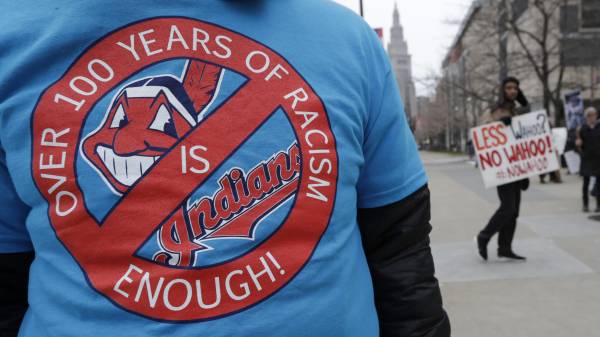 Reginald Grant, 29, a black delegate from Houston who works as a public school teacher, said that when Obama first ran for president he was swollen with pride. At the time, he was a Republican, but he voted for Obama in a show of racial solidarity. But he was quickly disappointed.

“Initially, it felt great that what your parents tell you, that you can be anything you want, even president, was actually proven to be true,” Grant said.

But before long, he said, Obama began pushing issues that did not resonate with him, such as immigration reform and gay marriage. “Those policies were not in line with my way of thinking,” Grant said. “I did not think they were best for black America, or America as a whole. Pretty soon, my feeling of pride turned into a feeling of regret.”