They came through to help Celtics win seesaw game against Milwaukee

At halftime of Sunday’s playoff game against the Milwaukee Bucks, Boston head coach Brad Stevens spoke to the team, with some of his comments aimed at the Celtics young players —especially those who were having their first taste of playoff basketball.

The Celtics had played well, all things considered, even though they were trailing 47-44 in a game so-called experts predicted they would win with relative ease.

These were the playoffs: The pace was faster, the game more physical, the scouting reports more exacting.

The young players had heard the veterans talk about playoff basketball; now this was the real deal.

“He gave a welcome-to-the-rookies [speech to those] that haven’t experienced the playoffs before,” Jaylen Brown recalled. “He said, ‘This is what it is, but it’s going to take even more to get this win.’ ”

Stevens was right. While Saturday’s slate of first-round games was good to excellent, a supergreat game broke out Sunday between the Celtics and Bucks.

Just as this has been a roller coaster of a season for the Celtics, Sunday’s game was a roller coaster with streaks and surges from beginning to end: Boston up by a dozen, then the Bucks went up. Jayson Tatum, the 20-year-old rookie, scored four straight points to start the game, missed his next seven shots, then hit a crucial 3-point shot to close out the third quarter.

That was an important lesson learned.

“It’s a long game,” Tatum said. “And we understand that both teams are playing extremely hard, so it’s going to go down to the wire.”

But what Tatum really learned was sustained concentration and focus. “That is what I really learned today,” he said. “You can’t really take plays off, because every possession matters.”

Terry Rozier, the Celtics’ 24-year-old guard, seemed to seal the victory in regulation when he nailed a 3-point shot with a half-second left to play.

“I think everybody probably thought the game was over with .5 seconds left,” Celtics veteran Marcus Morris conceded.

The Bucks’ Khris Middleton hit a 3-point shot to send the game into overtime.

Now came the test: How would the young Celtics, having seen a game they should have won go into overtime, respond? How would they summon the emotional will to prevail?

“Just take a deep breath,” Brown said matter-of-factly after the game. “After Brad said it was good, it was behind us at that point. Now we got to focus on overtime.”

Al Horford, who at 31 is an elder on this team, scored a team-high 24 points. Morris, 28, another relative elder, scored 21 off the bench.

Boston’s young players were thrust into a prominent role at different points this season because of devastating injuries to Gordon Hayward, Marcus Smart and Kyrie Irving. Those injuries, while crippling in the short term, will pay long-term dividends. Celtics fans saw it Sunday when their team dug out a tough win in overtime.

In fact, youth is overstated. What matters is experience, and Tatum and Brown had plenty of exposure to pressure this season. “We’ve had considerable experience throughout the season due to injuries,” Tatum explained. “We’ve been in tough games; that helped us out today.”

Asked about pregame nerves, Tatum said, “I wasn’t nervous. I was excited, but I wasn’t nervous at all. It was a lot of fun. I’ve always dreamed of this moment, playing in my first playoff game.”

The Celtics, of all the higher seeds, are expected to do the least because of the injuries to Irving, Haywood and Smart.

Brown and his teammates believe they have something to prove.

“We have a lot of talent in this room,” Brown said Sunday. “We have enough, and we believe we have enough. We have young guys and people write us off because we’re young, but the numbers are there and we’re going to keep playing.”

“We have a lot of talent in this room,” Brown said Sunday. “We have enough, and we believe we have enough. We have young guys and people write us off because we’re young, but the numbers are there and we’re going to keep playing.”

As Tatum and Brown spoke about their youth and the excitement of the day, I thought: This is the easy part.

The nature of sports allows us to see athletic lifetimes play out in relatively short intervals.

Sports are a young person’s game; beginnings, middles and ends are played out, often in 10-year cycles.

And with the NBA getting an influx of young players each year, today’s hot young player — because of injury, circumstances, lack of improvement — could be old news within three years.

Ten years ago, Jennings, who was inactive for Sunday’s game, was the hot young item.

Jennings made history in 2008 at age 18 when he became the first player to leave high school in the United States and begin his basketball career in Europe with Lottomatica Roma in Italy.

After a season abroad, Jennings declared for the NBA draft and was selected 10th overall by the Bucks.

In his seventh game as a pro, Jennings scored 55 points in a game against the Golden State Warriors.

But that performance would not be the career launching pad many, including Jennings, expected it to be. He was traded to Detroit after four seasons with the Bucks. After three seasons, Jennings was traded to Orlando and then split time between the Washington Wizards and New York Knicks.

In 2015, Jennings tore his Achilles tendon, a potential crisis and a definite crossroad nearly every young player will face.

“I thought I’d never be able to play the game of basketball again,” Jennings said Sunday. “Now I’m back at age 28. I’m still playing the game I love the most.”

Jennings, who was 20 when he played in his first playoff game, said he likes the infusion of young players into the NBA. He especially likes Tatum and Brown.

“I’m a fan,” Jennings said. “Even though we are going against them, it’s good to see those young cats go out there and make big plays and hit big shots and be ready for the moment, because that’s what it’s about.”

Jennings added: “Tatum’s, what? 19 years old in the Boston Garden. Playing in the playoffs in his first year? That’s amazing.”

Tatum, for his part, isn’t concerned about his age, and he embraces it. “We’re not concerned,” he said Sunday. 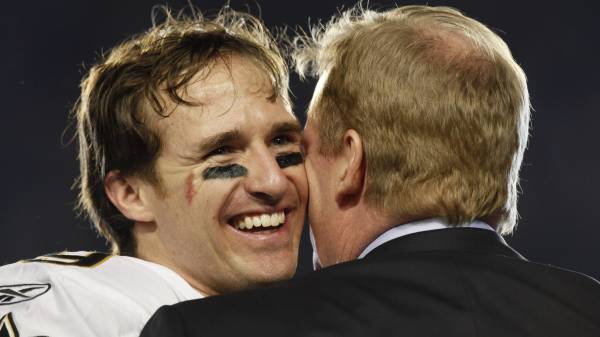 “We have faith in our abilities, all the young guys. We’ve earned the respect of all the older guys and the coaches throughout the season.”

He added: “We’re young. We can go out there and run and run.”

Indeed. The joys of youth.