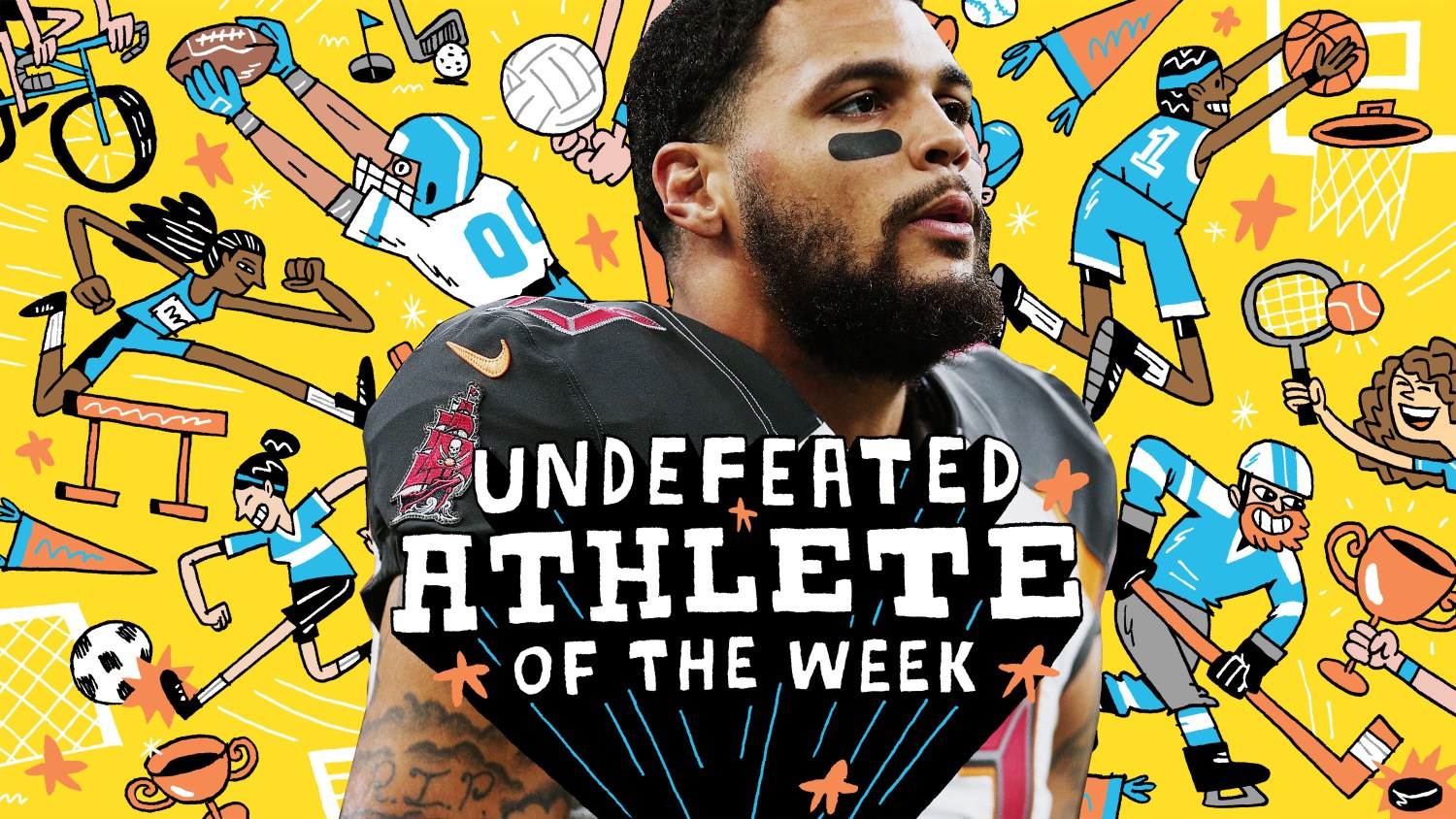 Mike Evans had every reason in the world to be angry and bitter. He admits there was a time, almost a full decade, when he was in a dark place. But he didn’t stay there.

And the world is a better place for it.

Evans’ father, Mickey, was murdered by Evans’ uncle in 2002 after Mickey subjected Evans’ mother to years of physical abuse. Evans was 9 years old at the time, but in the years that would follow he was eventually able to forgive his father’s murderer after visiting him in prison.

“I used to be angry at first,” said the Pro Bowl wide receiver for the Tampa Bay Buccaneers. “But maybe when I got to high school is when I finally realized you got to grow up and just move on from it, just live for your father, and I try to do that. I try to be the best person I can be [and] try to make him, my family and my kids proud.”

That episode alone, and the years that would follow, is enough to break anybody. But Evans used those turbulent years to make himself a better, stronger person with the help of his village.

“I got extremely lucky and blessed growing up,” said Evans, who was a three-sport athlete at Ball High School in Galveston, Texas. “Even though the tragedy happened, I still had great people around me. I had mentors, I had my mom, my grandmothers on both sides, my aunts, my brothers and sisters, I had so much family around. When I was a child, I had a lot of friends and I was in a great city, so it was kind of easy for me to get over the hump.”

Since the Texas A&M product was selected seventh overall in the 2014 NFL draft, Evans has become one of the most productive pass-catchers in the league. Along the way, he has also developed a reputation for helping people — often with little or no fanfare.

“That’s just who Mike is,” said Allen Barrett, senior communications manager for the Buccaneers. “Oftentimes we don’t even know what he’s done until we find out in the media.”

Last April, Evans donated $10,000 to a GoFundMe account for Devyn Holmes, a classmate throughout middle and high school who was accidentally shot on Easter Sunday. “That’s what the world should be about, helping others,” Evans told Houston TV station ABC13. Evans’ donation was the largest amount in a fundraising effort to help pay for Holmes’ medical bills and future care.

Earlier this summer, Evans donated $11,000 to the family of Gregory Hill, who was shot and killed by a St. Lucie County sheriff’s deputy in 2014. Hill’s family filed a wrongful death lawsuit, and after a two-week trial in May, a jury ruled in favor of the Sheriff’s Office, saying Hill was 99 percent responsible for his death and the department 1 percent responsible.

The jury awarded the family $4 — $1 for each of Hill’s three children and $1 for funeral expenses. The family, however, received just 4 cents (1 percent of the $4 award). Evans asked via Twitter how he could help the family and was directed to a GoFundMe page created after the verdict. His donation helped push the total raised to nearly $100,000 as of July.

“I don’t know, man, that’s just how I’ve always been. That’s how I was raised,” said Evans, who enters his fifth season with the Bucs having just inked an $82 million extension, making him one of the NFL’s highest-paid receivers. “I mean … the financial help is easy for me because I have money. But when I do it [to] help someone, I just want to shed some light in their lives and show them, especially kids, that anything is possible.”

Doing well, and doing good, isn’t getting old for Evans. On Monday, the 6-foot-5-inch, 231-pound receiver offered two hands to help raise funds for victims of the Jacksonville, Florida, shooting on Aug. 26, when David Katz, a 24-year-old gamer from Baltimore, killed two people before turning the gun on himself.

“I had heard about the tragedy,” said Evans. “I was going to already donate to their cause, but [the Bucs and my agency] wanted me to play with them and get [the word] out there and shed some light into the families of the victims. So I couldn’t say no. I mean, it was just easy for me, and I want to help when I can.”

Evans agreed to play with one of the competing players, Shay Kivlen, who lost his best friend, Elijah Clayton, 22, and another close friend, Taylor Robertson, 27, after Katz opened fire at the Madden NFL 19 qualifying tournament, fatally shooting both of them and wounding 11 others.

Mike Evans faced off against EA Sports Madden 18 Champion, @young_kiv, to raise money for the Jacksonville Fallen Gamers Fund. Their sole purpose is helping the families of those lost and injured during the Jacksonville Landing shooting.

Kivlen, 21, sought to raise funds for victims, and they succeeded, raising more than $10,000 so far, according to the Bucs, with Evans making an initial donation. Money raised from their “play date,” which was livestreamed on Tiltify, will help both families cover the costs of funeral expenses.

“It’s nice to see that even though there’s this bad seed, there’s all these good people in this world,” Kivlen told ESPN.com’s Jenna Laine.

“We as professional athletes have this platform for a reason, and I think we should use it for a great cause,” said Evans, this week’s Undefeated Athlete of the Week, whose personal story aired on E:60 in 2016. “I was once a child that needed help. My family needed help. We fought through it, but it would have been great if one of my favorite professional athletes would have had a scholarship fund or did camps and things like that to show me that there’s more to life.”

Evans, a Nike-sponsored athlete, harbors no judgment toward other professional athletes who believe otherwise, but he is especially proud to see Nike publicly support Colin Kaepernick.

“I’m a Nike athlete, so it makes me proud that they’re stepping up,” said Evans, who launched the Mike Evans Family Foundation last year, with his wife, Ashli, to give college scholarships to graduating high school students from low-income families and also support women and families battling domestic violence. “That’s huge for [Nike] to do that. To see one of the biggest brands in the world back him like that, this could be a start of him bridging the gap between the naysayers and his message.”

It also adds fuel to his own fire. “That’s one of the reasons why I do what I do and a lot of athletes what they do. They want to make other people happy, and in turn that makes me happy. That’s one of my favorite things about being in this position, people looking up to me. I never would have thought in a million years that I’d be a professional athlete and I’d have all this positive impact on other people. So when I do something like that, it’s just as joyful for me as it is for [Kivlen]. And I appreciate all those moments.”

As for the Madden game, Kivlen’s Patriots beat Evans’ Titans 43-0. It was an “L” Evans was happy to take — especially as he counts down to the start of the NFL season.

“This is the best team that I’ve been a part of going on my fifth year,” said Evans. “I’m excited to see what we can do. I think we have a playoff team, and if we don’t make it, it will be a disappointment. For myself individually, my goal year in and year out is to be the best receiver in the world, so I’m working hard to try and accomplish that.”

There’s a growing fleet of people who already believe that.