Cam Newton is lost in the fashion forest

The term “Cam being Cam” has been a thing for a while now, but the superstar quarterback took it to another level during a postgame news conference after Sunday’s game between the Carolina Panthers and Arizona Cardinals.

After leading his team to a 30-20 victory over the Cardinals, Newton took to the podium wearing a pale pink suit, teal fedora (with feathers, of course), striped bow tie, checkered shirt, Pepto-Bismol-colored rosette brooch and Velcro-banded designer sneakers. Never mind that we’re closer to Christmas than we are to Easter Sunday, so the whole kit appeared out of season by a lot. We can also look past the fact that nothing matched or actually looked fashionable. One can imagine that the NBA’s resident fashion god, Russell Westbrook, would have OK’d the pink suit and sneakers, but maybe he would’ve worn them separately.

Sunday’s conference actually yielded a bit of news, and showed the human side of the NFL’s beleaguered Superman. Newton acknowledged that he doesn’t feel safe and that he isn’t having fun because league referees aren’t making the correct calls when he gets hit. Other quarterbacks get more calls, he argued, and he wants to have a chat with NFL commissioner Roger Goodell about the issue because “enough is enough.”

“I’ve talked to numerous people about it,” Newton said. “And when I see other guys get calls, they don’t have to be no MVP. They don’t have to be this, that and a third, or being this type of tier player. I look at how they get hit and for every hit that they get called, I can match a hit in my career that I didn’t get called.”

As expected, Twitter exploded with memes after Newton’s remarks, but the focus was on his attire more than what he had to say. Which is becoming more and more of a trend for Newton — but it’s not exactly the kind of trend line he’s trying to follow. 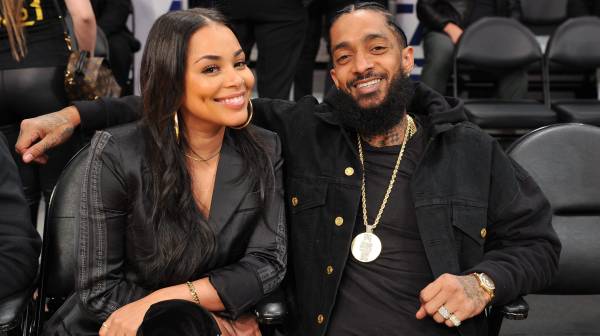 We lost more than a rapper today: Nipsey Hussle, killed at 33 Read now

Cam out here like he's getting ready to lead the dopest prayer breakfast of all time pic.twitter.com/IpypVQwjQC