The unfortunate truths of black progress

“It does not require an unreasonable reading of history to conclude that the degree of progress blacks have made away from slavery and toward equality has depended on whether allowing blacks more or less opportunity best served the interests and aims of white society.” So contended the late law professor Derrick A. Bell, who branded this concept the “interest convergence thesis.” Any gladiator battling in the coliseum of racial justice work must wrestle with it. And those who aim to make blacks lives matter imperil their movement, which recently announced six new demands, by failing to steep their strategy in Bell’s wisdom.

Ta-Nehisi Coates’ “The Case for Reparations” crashed and burned on intellectual and logical grounds, partly because he presented reparations as a public policy prescription black folk could actually capture through the normal democratic process. I challenged Coates via Twitter, writing “you know reparations will never happen. Why champion solutions you know will never eventuate?” “Spoken like its [sic] 1859, talking about abolition,” he replied, arguing, subtextually, that reparations, like emancipation before it, can ascend from unfathomable dream to fulfilled promise in short order. The interest convergence thesis exposes Coates’ analogy.

Lincoln had already penned an Emancipation Proclamation — a version sat in his desk drawer — but he had yet to publicly declare the slaves in the rebellious South free. He agreed with Greeley, granting emancipation would indeed hasten the North’s march to victory. And we principally owe that strategic calculation to blacks receiving the largest stride toward racial equality in American history. Slavery was no less immoral in 1862 than in 1859. Rhetorically unshackling 3.5 million slaves, though, had suddenly become in the interest of whites, too. And white folk doing what’s best for white folk, even as we laud the valiant labor of abolitionists, animated the decision to elevate black property into black personhood.

Advocates for racial justice, such as police reform (or reparations), must accept that democratic factions, as James Madison once noted, tend to weaponize their ballots and voices to defend and enlarge their own empires. True, not all whites align in the same faction. Many whites, moreover, have bared arms in the war on white supremacy. In the aggregate, though, this thesis educates us on how America operates. Strategies forged in light of this out-class those ignoring it. And the tale of how slaves secured freedom must guide all racial activists, including those in Black Lives Matter.

We must appreciate, furthermore, the full saga of the NAACP and its army of black litigators who invaded southern courtrooms and conquered Plessy v. Ferguson which, in 1896, upheld the constitutionality of separate but equal. The invisible hand of the interest convergence thesis helped draft the Supreme Court’s unanimous 1954 Brown v. Board of Education opinion.

Communist countries, at the time, successfully courted third-world people of color by shining a brilliant light on how America and its capitalist economic system sometimes tolerated, other times encouraged, the segregating, lynching and the general maltreatment of American Negroes. The Supreme Court provided the country’s foreign policy apparatus — and by extension white America — precious Cold War propaganda. The Brown decision became exhibit A in a defense of a capitalistic democracy being able serve people of color.

The next year in Brown v. Board of Education II, which concerned how quickly the South had to comply with Brown, the Court announced a principle unheard of in constitutional jurisprudence. When the Supreme Court finds that a constitutional right exists, that right vests immediately. Not so with black children’s right to a desegregated education, though. Schools were to integrate, not for the next school year, but “with all deliberate speed.” One can never presume, absent the Cold War foreign policy interest, whether the Supreme Court would have decided Brown differently. The Supreme Court, nevertheless, had provided American diplomats its propaganda, and the next year it rendered Brown a dead word for two decades.

Martin Luther King Jr. masterminded a strategy that employed the interest convergence theory to win racial progress. Historians August Meier and Elliot Rudwick, in From Plantation to Ghetto, observed that King “believed that it was for the good of the white man as well as the Negro that justice be done to the black man.” King shoved a mirror into the face of whiteness and exposed unsightly racist blemishes and provided them redemption to clear their complexion: supporting civil rights legislation. The legal rights denied to the freedmen for a century suddenly fell before the feet of their progeny. This would not have happened but for white folk feeling they were securing something, too: their humanity. They could peer into that mirror and not see bigotry-caused scars staring back at them.

We witness perhaps the starkest modern instance of interest convergence theory in the 2003 affirmative action Supreme Court case Grutter v. Bollinger. The Supreme Court held that a university must have a compelling governmental interest in order to administer an affirmative-action admissions program. Remedying past racism, the Supreme Court found, wasn’t a compelling governmental interest. Diversity, however, was largely because black and brown students in the classroom enrich the educational experience.

Minority students could be admitted pursuant to an affirmative-action program, in other words, because they enhance the learning of predominantly white students. Corporate America, perhaps equally important, filed an endless stream of amicus briefs, like that filed by General Motors contending employees produced by diverse classroom experiences boosted business outcomes in various ways. Thus, redressing slavery, lynching, segregation and economic degradation was not a compelling governmental interest, yet assisting white students who then expand the coffers of corporate America was.

When I see towering Black Lives Matter placards slicing through the humid summer’s air, hear the roaring chants for equality thundering through urban landscapes and feel activists’ emotional pleas resonating with me down to my bones and sinew, I sense largely young black men and women who, seemingly, believe that America will do right by us black folk because doing right by us is morally right. They mourn the racially imbalanced criminal justice statistics. The videos of black men being killed senselessly by the police have exhausted their tear ducts. Their critiques of American police state unquestionably ring true. And they think this necessarily portends success for their righteous cause.

But we inhabit a world deluged with discomforting truths: Police brutality menaces black folk’s welfare; many reach for a justice system that truly extends equal protection under the law, yet it forever eludes our grasps, like sand escaping a closing fist; imagining such reforms occurring absent major buy-in from whites should strike all as implausible; and whites, as a group, typically obstruct racial justice unless they also reap rewards.

Some will chide me for reading history with an overly suspicious eye, for embracing pessimism when optimism lies within reach. Yet, I am not maintaining America lacks the character to make black lives matter. I’m stating, rather, that America is far more likely to make black lives matter if doing so also makes white lives better. The moral arc of the universe does not naturally bend toward justice. Wise women and men coerce it to bend that way.

Our current racial climate especially compels us to fasten our focus on the interest convergence thesis.

White supremacy — which regards white skin as a valuable piece of property granting its owner various benefits and rights, benefits and rights denied to people of color — rests at the foundation of our democracy. Law professor Cheryl I. Harris conceived the “whiteness as property” concept. White elites, from this country’s inception and even before, have attended to white skin privilege, ensuring that whites comprehend that their whiteness, obviously and subtly, advantages them.

Large swaths of white folk, most particularly working-class whites without a college degree, I think, appraise their white skin as never being less valuable. The dissonance between the life they thought their whiteness would purchase and the life their whiteness actually has purchased now ignites despair and unbridled rage that ruptures our political culture. To paraphrase an old Chris Rock joke, they’ve ridden this being white thing out; they see where it has taken them; and they are angry.

Michael Eric Dyson, in a recent fiery New York Times column, proclaimed that “the greatest privilege that exists is for white folk to get stopped by a cop and not end up dead when the encounter is over.” Police bullets can abolish black life in ways whites never experience. That increases the property value of white skin. Many whites appreciate the benefit of being white chiefly as it relates to not being black. They grasp that the worth of whiteness soars if it safeguards against police brutality. Whites supporting meaningful police reform discounts the value of being white when being white is worth less, many fear, than it ever has. This threatens the aspirations of Black Lives Matter activists.

A strategic mind intent on grabbing racial progress would pose a simple question: What would whites consider an interest in police reform?

Leon H. Wolfe, writing for the conservative website Red State, acknowledged that “a huge, overwhelming segment of America does not really give a damn what cops do in the course of maintaining order because they assume (probably correctly) that abuse at the hands of police will never happen to them.”

This segment of America does mourn, however, when vigilantism prevents police officers from returning home to their families’ warm embraces. And as Wolfe noted, the justice system allowing police officers to brutalize blacks and nearly always escape criminal penalty increases the probability that a lone gunman will hunt for retribution, as when vengeance in Dallas erupted on our television screens. 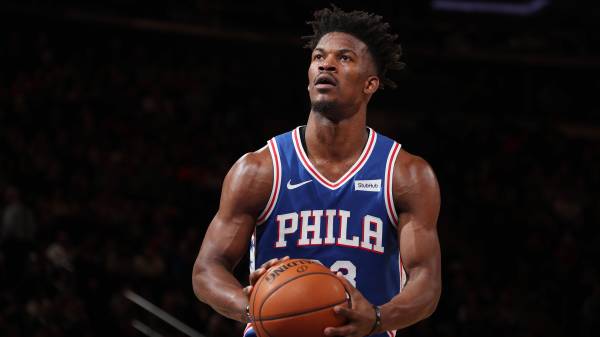 This suggestion, though, will undoubtedly unnerve some. Blacks, they might insist, should never be compelled to utter a “Blue Lives Matter” claim just to make black lives matter. That the criminal justice system denies blacks equal treatment under the law should be the raw and uncut lyrics of the soundtrack to transformational change.

Sadly, however, the music that affirms our humanity often sounds like music from a different genre than that which affirms our rights.