The Cardinals rookie already has the support of the Seahawks star

GLENDALE, Ariz. — A few months before the Arizona Cardinals made Kyler Murray only the fifth African American quarterback selected first overall in the NFL draft, Russell Wilson, the Seattle Seahawks’ Super Bowl-winning signal-caller, reached out to the young quarterback. Impressed by how Murray performed on and off the field while starring for the Oklahoma Sooners last season, Wilson called Murray to offer some advice on how to succeed on his next journey.

And to hear Murray tell it, Wilson connected with his audience.

“Everything he said to me … it was really helpful,” Murray recalled recently. “He gave me all types of tips about coming into [the NFL], what you have to do to be the type of quarterback I want to be, just what to expect.

“Just the knowledge about how to carry yourself, how to establish who you are and what you’re trying to accomplish, you have to appreciate that. But now that I’m here, obviously, we’re competitors. When I compete against him, I want to beat him.”

In the first of the NFC West division rivals’ two regular-season encounters, Arizona plays host to Seattle for Murray-Wilson I, which is among the most intriguing matchups this season: Murray is Wilson’s mirror image; Wilson was one of the black quarterbacks whom Murray most admired while he was climbing the ladder; Wilson helped open doors for Murray; and then Wilson, 30, extended a helping hand to the 22-year-old rookie. Add in the fact that African American passers are at the height of their power in the league during its centennial season and, well, there is a whole lot going on here.

Wilson, who was the highest-paid player in NFL history until Los Angeles Rams passer Jared Goff recently eclipsed him, gets the big picture as well as any superstar quarterback in today’s game.

“Murray is going to be special,” Wilson told The Undefeated during training camp. “I really believe that. He’s got to do it on the field. Obviously, that’s where you have to go make it count. But he can. He will.”

Through his first three career games, Murray has experienced the inevitable growing pains that all rookie quarterbacks encounter. But the 2018 Heisman Trophy winner has also shown flashes of the talent that prompted the Cardinals to make him the top overall pick despite selecting quarterback Josh Rosen 10th overall in the previous draft (Arizona traded Rosen to the Miami Dolphins in April). Murray ranks 19th in Total QBR (ahead of Derek Carr, Andy Dalton and Baker Mayfield, among others), which is an encouraging sign for the Cardinals and their fans. Murray is still seeking his first victory, but what’s coming into focus is that the Cardinals appear to have a foundation on which to build.

“This Kyler Murray … I watch him and I’m just blown away,” said Shanahan, who led the Denver Broncos to consecutive Super Bowl titles in the late 1990s. “Just how well he plays, how well he throws the ball. I was expecting to see a running quarterback, but no. He throws it.”

Murray reminds Shanahan a lot of Wilson, which, as previously noted, isn’t surprising.

Once upon a time in the NFL, a quarterback of Murray’s stature (at the scouting combine, Murray was measured at 5 feet, 10 inches) would not have been selected in the first round, let alone first overall. Seventy-four players were selected ahead of Wilson (5 feet, 11 inches), who went in the third round in 2012.

Of course, Wilson then helped the Seahawks win a Super Bowl, and NFL decision-makers began to re-evaluate their anachronistic thoughts about the prototypical size for the position. Rams head coach Sean McVay will face Wilson and Murray four times during the NFC West schedule. He’s not looking forward to it.

“Typically, the thought process has been that the bigger guys are the right guys, and all you can do is go on comps,” McVay said. “But the more you study the game, you realize that people aren’t necessarily throwing over people. They’re really throwing through windows, they’re negotiating pockets. Obviously, you have to be able to see.

“But I don’t necessarily know, when everybody talks about height, if we’re talking about the right things. Because what you’re really doing is, you’re negotiating and changing your arm angle. And those types of guys who maybe don’t have the height we’ve looked at in the past but can play … they changed the mold. Now, it’s definitely not a one-size-fits-all deal.”

Which is great for the young quarterbacks behind Murray and Wilson who resemble them in more ways than one.

“Kids who play quarterback and aren’t tall, they’re always reaching out to me and telling me they love seeing how I play,” Murray said. “They see someone they can identify with in a lot of ways, like I looked at guys like Michael Vick and Russell. They see an opportunity because the game has changed. They see that there’s a place for them.”

As Vick, Wilson and others have already proved, there’s definitely a place in the NFL for Murray and their ilk, McVay said.

“Most of these defenses are predicated on playing 11-on-10. They don’t account for the quarterback in the run game,” said McVay, who has led the Rams to consecutive NFC West titles. “When that creates an extra gap, they’re actually short.

“Then, they’ve got to figure out creative ways to gain that defender back that they never had to utilize. A quarterback who can run helps balance out the numbers that most of these defensive rules have been predicated on for so long.”

Just like Wilson, Murray has already confounded would-be tacklers with his elusiveness (he has also rushed for 86 yards and a 6.1-yard average). How to further hone that skill is something Murray will undoubtedly discuss with Wilson. With the relentless drumbeat of the season, and the fact that they’re competing within the same division, Murray and Wilson haven’t had an ongoing dialogue, but Murray said he “would love to get with him and pick his brain” in the offseason. 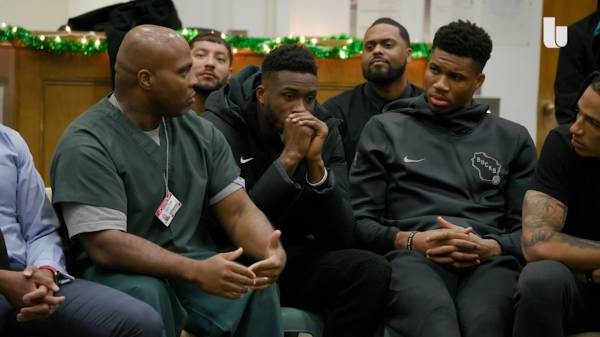 Wilson, a five-time Pro Bowler, is eager to chop it up with Murray as well.

If Murray winds up being as good as Wilson believes he can be, they’ll have even more to talk about.