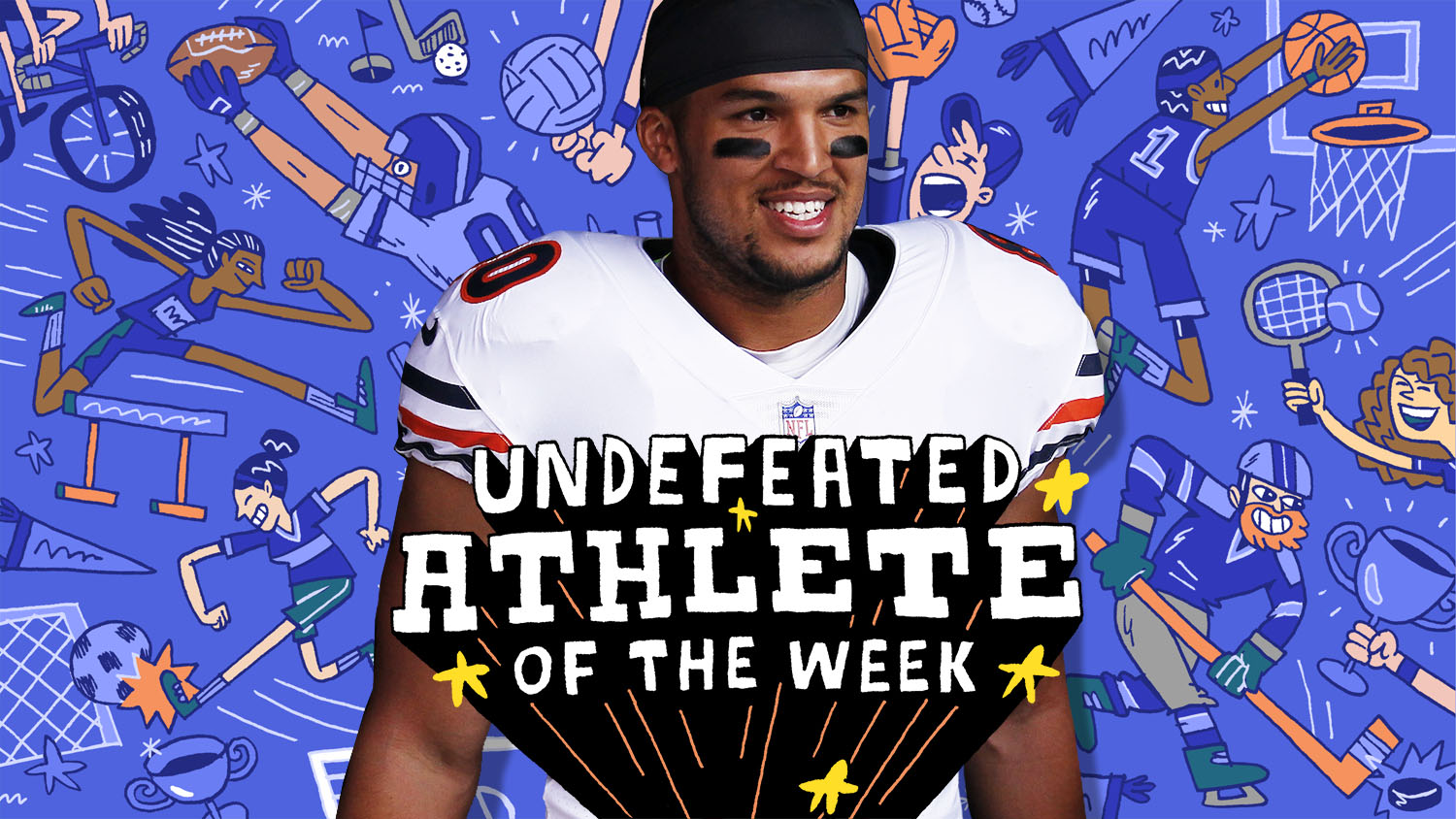 It would have been fairly painless for Trey Burton to write a sizable check to support any cause that’s near and dear to his heart. Even as a rookie — before he signed a four-year, $32 million contract with the Chicago Bears in the offseason — Burton and his wife, Yesenia, had planned on putting their finances and their time behind a cause that needed championing.

But things got real as the Burtons’ family tree grew.

“I think [our children] makes it really real for us,” said Burton. He and Yesenia have three children: Ariella, 5; Jaxon, 3; and Kaia, 1½. “My daughter is 5. And, geez, man, the 5-to-8 range is when these girls are kidnapped and tricked and basically at the beginning stages of [being targets]. Obviously, I could never even imagine my daughter having to go through something like this. But girls in her age do have to go through things like this.”

For five years now, the Burtons have supported International Justice Mission (IJM), a Christian nongovernmental organization that fights human trafficking, including child and adult sex slavery. Starting this season, Burton is donating $1,000 per catch he makes and $2,500 per touchdown he scores to IJM.

“We had been looking for an organization to [support] — not just with our finances but also our time,” Burton, 26, told The Undefeated. “I think at that time we were ready to commit either $15,000 or $25,000 that we were looking to give to an organization. And I just remember [IJM founder Gary Haugen] speaking [at a conference], and us kind of praying about it after. And I just looked at my wife and was like, ‘This is it. This is what we’ve been looking for.’ And from then on, we’ve kind of been doing it.”

That epiphany happened during his rookie year, when Burton signed with the Philadelphia Eagles as an undrafted free agent in 2014. The stories the Burtons heard at that conference were both eye-opening and heartbreaking.

“You hear about trafficking and you want to immediately think about overseas in Third World countries — and that it doesn’t happen here [in America],” Burton said. “But [Haugen] kind of brought it home: ‘Listen, dude — this happens here in America as well, like right underneath our noses.’ And, honestly, it’s kind of a re-education, because you hear about these things and you’re like, ‘Oh, why would these kids [put themselves into situations like that]?’ Or, ‘Why were these girls doing drugs?’ In our culture, we kind of shame the women that are involved in this, when in reality it’s the complete opposite way. Well, at least it should be the opposite way of thinking of it. These women are being taken advantage of: stolen, tricked, manipulated, you name it.”

This is hardly an issue affecting only girls, Burton would learn. Carolina Panthers defensive end Efe Obada made national headlines Sunday — not only for posting an interception, a sack and a sack-fumble overturned in his NFL debut but also for bringing awareness to his own story as a child who was trafficked (with his sister) from the Netherlands to London when he was 10 years old.

That’s why Burton is playing with a renewed purpose. Through three games, Burton’s tally is up to $11,500 (for nine receptions and one touchdown). Ultimately, he wants to be able to contribute $80,000.

“I want to make a difference,” said Burton, this week’s Undefeated Athlete of the Week. “I’m not here just trying to give, and I’m not saying $100 or $50 isn’t important. Every dollar counts. But I want to make an impact. I’ve been fortunate and blessed to sign a big contract this year, so I’m able to give. And so it’s just something that I figured would be a cool thing, something that would make a difference.”

According to the IJM website, slavery is a multibillion-dollar industry, generating $150 billion annually. Burton said it costs “$5,500 or $6,000” for IJM to execute a “raid and rescue” while working with local authorities.

“That’s why I’m hoping that weekly I can [produce] enough financially. There wasn’t really a science behind [the amount] or anything like that,” said Burton, who has visited the Dominican Republic the past two years to see the IJM field office there firsthand.

“You see the workers, the amount of time and effort and energy that they have to put into this. Because, I mean, not all cases get [solved]. Not all people go to jail. It was just amazing to be able to experience it. Not only did we get to see the field office, we also got to meet some survivors.”

Burton’s 37 grabs in 2016 for the Eagles remain a career high; ditto for his five touchdowns from last season. The former standout at Venice (Florida) High School, where he was a dual-threat quarterback, was recruited to play quarterback in coach Urban Meyer’s spread offense at Florida. He knows his multifaceted abilities help in getting touchdowns. Eagles fans will forever hold the 6-foot-3-inch, 235-pound pass-catcher dear — his fourth-down touchdown toss to quarterback Nick Foles in Super Bowl LII (which became known as the “Philly Special”) with 34 seconds remaining in the first half is now Philly folklore.

“That’d be a dream scenario, but I have no shot,” Burton says of the possibility of getting the occasional snap under center for the Bears. “I ran the Wildcat [last] week on Monday night [in a 24-17 Bears win over Seattle on Sept. 17] and got a first down. But no, I don’t have the talent or the ability to be able to throw the ball like these guys are able to do.”

Until then, Burton will stay focused on the task at hand — on and off the field.

“I’m all about winning and putting the team first,” he said. “No one will ever hear me talk about catches or touchdowns or anything like that. I don’t really care too much about it. For me, it’s seeing these kids. They’re kids, you know? You would never even imagine that they had to go through these horrible experiences. Just seeing the whole deal, seeing what we’re backing and then seeing why we’re backing it just kind of reiterates the fact that it’s a good thing, and that it needs to continue happening.”