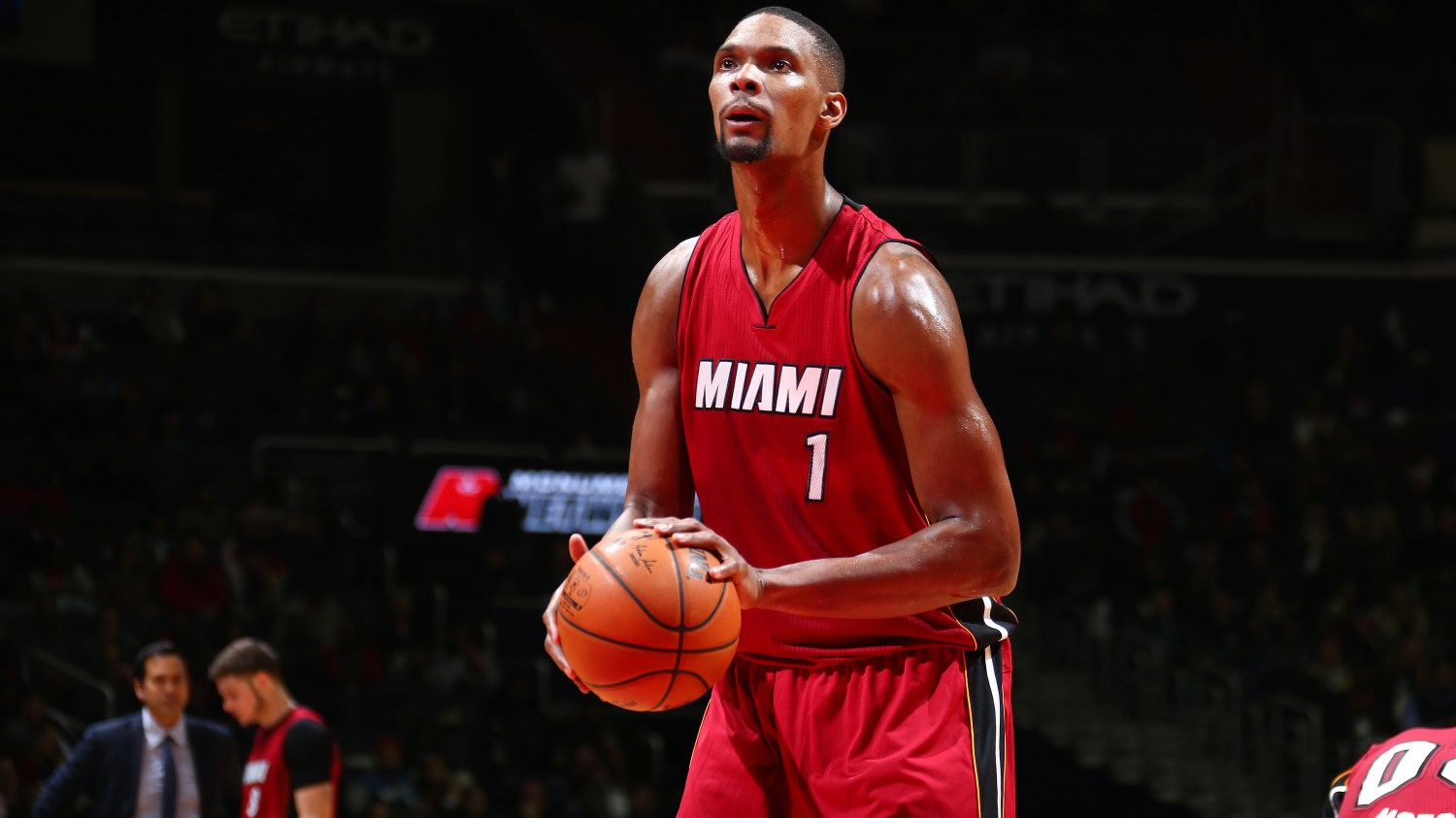 Off the rip, I just want to say I don’t claim to know anything about your current medical condition outside of what has been reported. Lord knows I’m a lot of things, but a doctor isn’t one of them. That said, I don’t know how else to say this, CB, so I’ll just come right out and say it. I want you to leave. I cannot, in good conscience, watch you play basketball knowing you’re risking it all for my entertainment.

I do know that you’re battling blood clots that have affected both a leg and lung. I know that the emotional strife this has put you and your family and the Miami Heat through is painful to watch. I know that this physical condition has brought your Hall of Fame career to a standstill. And I know that with Pat Riley’s statement today saying your Heat career being “likely over” that the writing is on the wall.

It’s scary to remember life before love and even scarier thinking of living without it.

Selfishly, I want you to retire and cap off what will be the greatest Hall of Fame class ever: 2021 could feature you, Kobe Bryant, Kevin Garnett and Tim Duncan. But it’s far deeper than even that. When I saw you in Toronto in February for All-Star Weekend, the rumors of your clots returning were the talk of media day. Everyone was concerned. Not for how it would impact the Heat’s playoff chances, but how it impacted you.

One of my earliest non-Jordan basketball memories is Reggie Lewis collapsing in a playoff game against the Charlotte Hornets in 1993. He, of course, died a few months later. Alonzo Mourning played in that game. Mourning, in some fashion, has been part of your life since you joined the Heat six years ago. I’m willing to bet you two have had this conversation to some degree. He’s one of the few people who can understand what it’s like to battle a condition of this magnitude while still at or near the peak of one’s powers.

Letting go of love hurts. Basketball, in a lot of ways, is love. What hurts most about letting go isn’t necessarily the fact that part of your soul — part of your entire existence — is gone. What hurts most is the threat of the unknown. If done right, the concept of love changes everything about a person. It changes the way you think, the way you move, the way you look at how the sun rises and how the sun sets. It’s scary to remember life before love and even scarier thinking of living without it.

Yet there’s something valiant about picking the way your career ends. I know that’s what you want. We all want it for you. Because contrary to the popular phrase, ball isn’t life. Not when life itself hangs in the balance. There’s no shame in walking away from the game that gave you so much — knowing that you have so much more to live for. You have a beautiful wife and five beautiful kids. There’s anniversaries to celebrate. Father-daughter dances to attend. After-school practices to obsess over. First day of college orientations to attend. Go ahead — be the overbearing parent that all kids hate, but secretly love. And you have books to write. You’re far more important than the sport that made you a household name.

What’s left for you to prove — as a player? Other than leaving on your own terms? Nothing. You’re one of the three players who helped shift the culture and business of the National Basketball Association in the summer of 2010. You’re one of the most versatile big men to play the position. One of the most selfless, too. And there’s this. You have the single most important rebound, assist and block in Miami Heat history. And you got them all in the same game. Not many players in the history of sports — any sport — can say that. But you can.

I pray I’m absolutely wrong. I haven’t wanted to be more wrong about many things in life more than this. But I don’t want to refer to you in the past tense. You’re going to do what you feel is best for you, your career and your family. As you should. I can’t knock you for doing just that.

Failing a physical is a sign, though. You know your body better than anyone. All I’m asking is that you please listen to it.