The league decides with COVID-19 risks increasing, there’s too much at stake to play

The Central Intercollegiate Athletic Association (CIAA) is canceling its men’s and woman’s basketball seasons, including its popular tournament in February.

The 2021 tournament, scheduled from Feb. 23 to Feb. 27, was to be in its first year in Baltimore after more than 15 years in Charlotte, North Carolina. The reason for the cancellation was simple, according to CIAA commissioner Jacqie McWilliams:

“Unfortunately, COVID-19 continues to challenge the conference’s ability to see a clear path to move forward collectively. The impact to health and wellness, community concerns, as well as the economic ramifications are real,” said McWilliams.

She said that with 13 conference schools in six states, data showed that COVID-19 cases were trending upward in their African American communities. “It’s not going to get any better after the holidays,” she said.

“This was not an easy decision or one that was taken lightly by the CIAA board,” said Virginia State president and CIAA Board Chair Makola Abdullah. “We all want to have a season, and we want our student-athletes, coaches and staff to have a season. However, the data, which changes almost daily, does not support such a decision. The potential risk outweighs the desire to play.”

The basketball tournaments, which regularly drew tens of thousands of fans to Charlotte, was to be in Baltimore for three years, from 2021 to 2023. The tournament was in Baltimore only once, in 1952, on Morgan State’s campus when it was in the CIAA. It will be the first time in 75 years there won’t be a postseason men’s tournament.

Both the SWAC and MEAC are playing men’s and women’s basketball now, and their tournaments are still scheduled in early March. The leagues are also planning to play football in the spring, with the MEAC just announcing its revised football schedule on Monday.

That schedule does not include Florida A&M and Bethune-Cookman. FAMU decided not to compete in spring football, women’s basketball, indoor track and volleyball. Bethune-Cookman canceled all sports for the entire school year.

A decision on the CIAA spring seasons and championships will be decided later as the conference and its schools monitor the COVID-19 situation while following federal, state, local, NCAA and campus guidelines.

McWilliams said athletes will be offered a chance for an extra year of eligibility if they want the opportunity to return and play. Some seniors might not. 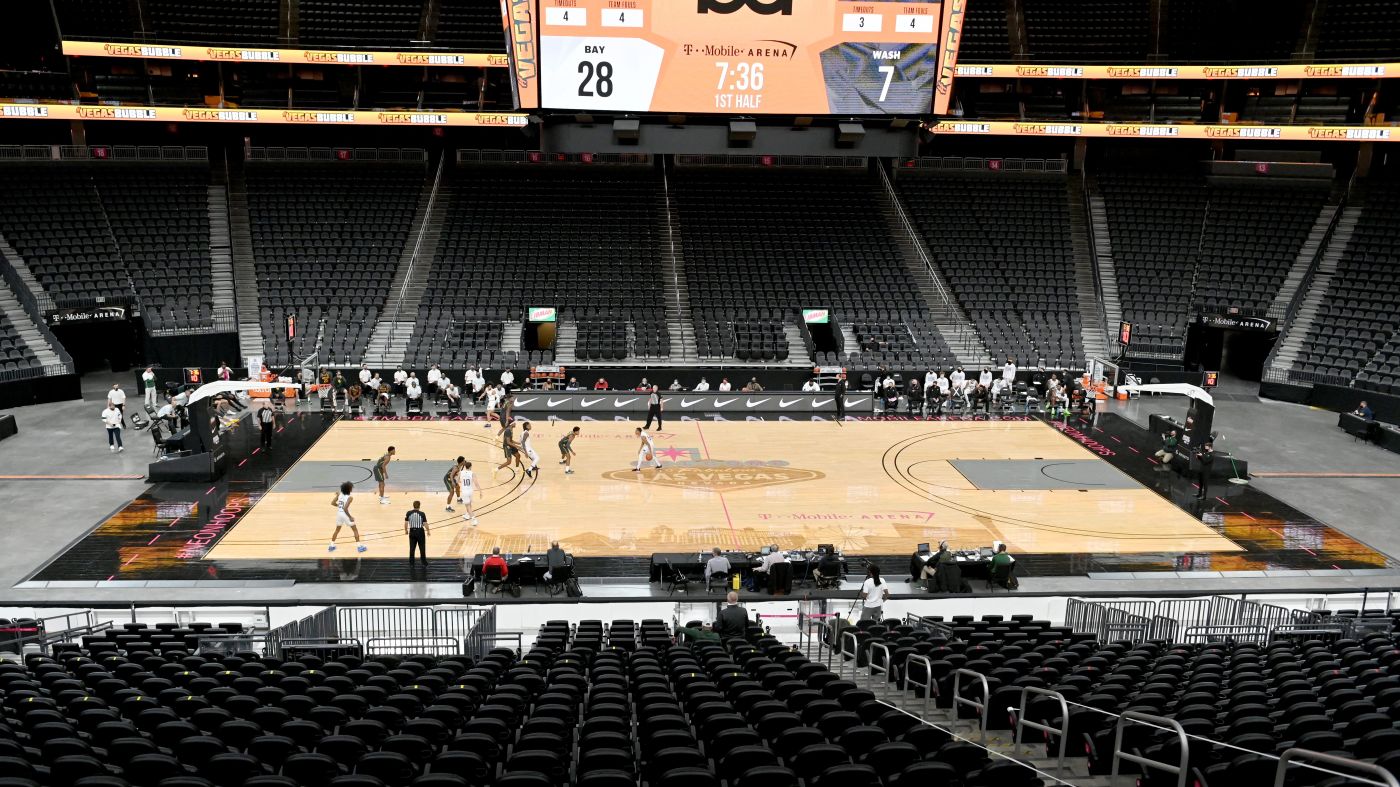 The college basketball season is barreling toward disasterRead now

Though there will be financial shortfalls, McWilliams said partners such as Nationwide, Food Lion, Under Armour and others were consulted and they are on board for the long haul. She said that 60% of the conference’s revenue comes from tournament week but that adjustments are being made with schools’ assessments, lowering of expenses and other strategies.

“The great thing with our partners, we’ve been having this conversation since last May over the summer. Our media rights partner, Van Wagner, has been great in being transparent and looking at all the alternatives with or without having a basketball season,” McWilliams said.

The decisions about the cancellation of basketball seasons, and fall sports, were made in consultation with students, coaches, athletes, administrators and sponsors.

“The one thing that I’m really thankful for [is] that we have not made decisions off of emotions and being reactive. I think we’ve been responsive to the information that we had and having conversations within our conference from ADs to coaches to student-athletes, to make sure that we are on the right path and making the right decision,” McWilliams said. “We’ve allowed for everyone to give some type of input, to manage the expectations of how we’re going to be able to pull this off.”

During what would have been tournament week, the conference plans to engage alumni, students and fans through virtual experiences, including two of the most popular events, CIAA Fan Fest and the CIAA Stepshow, career and education symposiums with student-athletes and for the first time esports competitions among schools.