Howard University’s decision to close its small classics department may seem like an unusual piece of education news to attract widespread media attention, especially when student debt is at an all-time high, racism and free speech on campus are constantly being debated, and finances are tight in many colleges and universities across the country.

Yet some of our country’s most well-known thinkers, such as Cornel West, have written about how useful classics – the study of Greek and Roman languages, literature and history – is at a historically Black college and university. A petition drive by current and former students of the program tried to reverse the decision and gathered more than 5,000 signatures. Clearly, people care.

In almost every way, the decision to dismantle the classics department is a new phase of the same educational debates that raged in the 19th and early 20th centuries about the “Negro problem.” As John C. Shields wrote in a foreword to The Ebony Column: Classics, Civilization, and the African American Reclamation of the West (2013) by Eric Ashley Hairston, “Regrettably, an attitude dominates in the land that all things classical are the exclusive property of white folks. To declare this anemic attitude a crock of creeping ignoratum hardly addresses the extent of the problem.”

Rarely has a truer sentence been uttered, and yet it has been contested for more than 200 years. The administration’s decision – an about-face from Howard’s historical position – buys into white supremacist narratives over what kind of education Black people should have. And it denies the crucial role the Black-centered study of classics has played in the Black experience in America.

Black abolitionists such as Phillis Wheatley come to mind immediately. She wrote poetry steeped in classical allusions and structures that were intended, according to Yale classics professor Emily Greenwood, to push back against assumptions by white intellectuals, including Thomas Jefferson, that Black minds could not understand the classics.

Wheatley was one of a host of Black intellectuals and artists who used their classical education to undermine the use of ancient Greeks and Romans to justify slavery and racism. It is a common misconception that early African American literature was just an unrelenting series of up-from-slavery autobiographies and narratives. Much of the literature produced in the wake of the Civil War and Reconstruction was focused on the contemporary experience of being Black in America, on racial oppression and terrorism after emancipation. Like white American literature of the time, it relied on classical forms and references as well as content, but more often than not, African American writers tied their classicism to anti-racist arguments.

Education in classics gave Black thinkers and artists fluency in the cultural language that undergirds the architecture of the American empire. For every white supremacist invocation of the classics, there has been an equal invocation in the name of Black liberation, anti-racism and equal rights.

W.E.B. Du Bois’ The Souls of Black Folk may be one of the best-known works of literature in the late 19th and early 20th centuries that advocated for Black classical education as a way to eradicate the color line, but it was far from the only one.

For instance, Pauline Hopkins’ novels were rooted in her knowledge of the classics and enshrined an anti-racist, Black-centered vision of the ancient world, especially Of One Blood, which is replete with references to ancient Greek and Roman literary representations of ancient Ethiopia. In 1901, Charles Chesnutt drew on his classical training to write his anti-racist novel, The Marrow of Tradition, about the 1898 Wilmington Race Riot that ended Republican control of the legislature in North Carolina. His novel reflected his activism, which argued for classical education as the pathway to political, social and economic freedom for Black Americans in the face of growing anti-Black terrorism and Jim Crow.

Many of the Black intellectuals and artists who came of age during the Great Migration and many who studied the classical liberal arts curriculum at Howard became the heart and soul of the Harlem Renaissance. For example, Kelly Miller, a Howard alumnus, faculty member and dean of the College of Arts and Sciences, contributed to the anthology credited with launching the movement, The New Negro, compiled by Alain Locke, chair of philosophy at Howard. Miller pointed to the original intentions of Howard’s founders to educate students to reach their full potential through a classical liberal arts education.

Besides Locke and Miller, Paul Laurence Dunbar, Langston Hughes and Zora Neale Hurston spring to mind. Howard was also the academic home of poet, folklorist and critic Sterling A. Brown, whose father, Sterling N. Brown, was a professor of religion at the school. Other luminaries in the movement, such as Countee Cullen, studied classics at Harvard, some were even products of the classical curriculum at Tuskegee, such as Jamaican-born poet and novelist Claude McKay and, of course, Ralph Ellison. Paul Robeson studied classics at Rutgers.

Similar stories can be told about African and Caribbean writers – Léopold Senghor, Aimé Césaire, Frantz Fanon, Wole Soyinka, Derek Walcott and a host of others – and the contemporary Négritude movement. The fact is that the Harlem Renaissance and its sister movement Négritude could not have happened without Black people from around the world taking up classics and making it their own.

The next generation of Black intellectuals carried on the tradition of Black classics. Especially important was Gwendolyn Brooks’ Annie Allen, the story of a Black girl’s coming of age, which contains a section called The Annaid, her own version of Virgil’s Aeneid. Toni Morrison, whose works, including The Bluest Eye and Beloved, resonate deeply with classical allusions, studied classics at Howard. 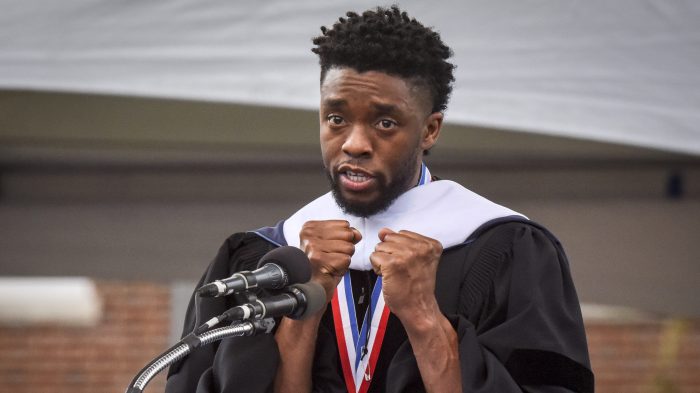 Blackness and classicism are wound together in pop culture as well. Black Panther’s Wakanda and The Matrix’s Zion are based on the secret Black kingdom of Hopkins’ classically rooted novel Of One Blood. The Carters’ 2018 video for “Ape$hit” is an anti-racist, anti-colonialist repurposing of classical art.

For too long white, elite propaganda has tied classics to whiteness, even going so far as to erase the realities of antiquity itself. Just this week, outrage appeared in the pages of the Daily Caller and National Review over Princeton University’s decision to make Greek and Latin languages optional for their undergraduate classics majors, but not once mentioned the situation at Howard. Classical languages for me, but not for thee, are still the (white, elite) order of the day. The ancient Greco-Roman worlds were very diverse by any modern measures, and yet, in America, it is still too often viewed as a history of white people, especially when it comes to public monuments.

But, if white visions of classics are monuments to white supremacy at elite white institutions, then Black visions are the countermonuments: to real equality and democracy, something the dismantling of classics at Howard erases, reinforcing the racist construction of classics as “for whites only.”

The current higher education environment sees more and more universities cutting their humanities and, especially, classics programs in the name of financial contingency and job preparation. But the humanities give students what Black classicist and political scientist Danielle Allen calls verbal empowerment. In the tradition of Du Bois and others, Allen emphasizes that the critical reasoning skills that come from exposure to different perspectives and modes of thought are what an informed citizenry thrives on in a democracy.

In its push for a modern curriculum that includes new courses in data science and cloud computing, which cost far more than its small classics department, Howard is embracing the old Booker T. Washington idea that Black students who focus on economic success will somehow be freed from political and social prejudice. Yet in its heyday when it dominated Black intellectual and artistic life, Howard stuck to its founders’ intentions and kept its classics department in the face of much tighter financial constraints – the Great Depression, rampant lynchings and racial terror, and the loss of civil and political rights.

What if, instead of cutting the program, Howard looked to the Black legacy of classical education and, according to its mission and core values statement, “committed to the development of distinguished, historically aware, and compassionate graduates”? What if it reinvents the department and program as a Black-centered classics that carries on the tradition of its past students and uses it to position future students to be social, cultural, artistic, political and business leaders? What if Howard became a leader in the movement to transform this important Black cultural heritage and liberate it from its white supremacist entanglements?

It’s one thing to study the great Black intellectual giants. It’s another thing to study what they studied and join their ranks. Once upon a time, Howard held out that promise to its students.

Rebecca Futo Kennedy is Associate Professor of Classical Studies at Denison University. She works on social and political history of ancient Greece, race, ethnicity, and immigration in the ancient Mediterranean, and the history of Classics in scientific racism and white supremacism in the United States. She is currently writing Ancient Identities/Modern Politics for Johns Hopkins University Press. She is currently co-authoring a textbook with Dr. Jackie Murray on understanding race in antiquity and its modern impacts and legacies.

Jackie Murray is Associate Professor of Classics at the University of Kentucky. Her research focuses on Greek and Latin epic poetry, race and Classics and the reception of Classics in African American and Afro-Caribbean literature. She is currently working on multiple projects, including one on Du Bois and Classics. She is currently co-authoring a textbook with Dr. Rebecca Futo Kennedy on understanding race in antiquity and its modern impacts and legacies.