After her loss to Naomi Osaka, Gauff didn’t think there’d be much interest to see her play doubles, but she couldn’t have been more wrong

NEW YORK — It’s late Sunday afternoon at the US Open, and Michelle McPherson has hit the tennis version of the daily double. Just moments earlier she was next door at Arthur Ashe Stadium to watch her favorite player, Serena Williams, and now she’s secured a piece of valuable real estate inside of Louis Armstrong Stadium to see the sport’s favorite phenom, Coco Gauff.

“She’s such an exciting player to watch,” said McPherson, from Gainesville, Virginia. “I like her attitude, her humility. She is going to be a great star in this game, there’s no question.”

After 15-year-old Gauff lost on Saturday in a highly anticipated match against Naomi Osaka, she didn’t think there’d be much interest to see her play doubles the following afternoon. 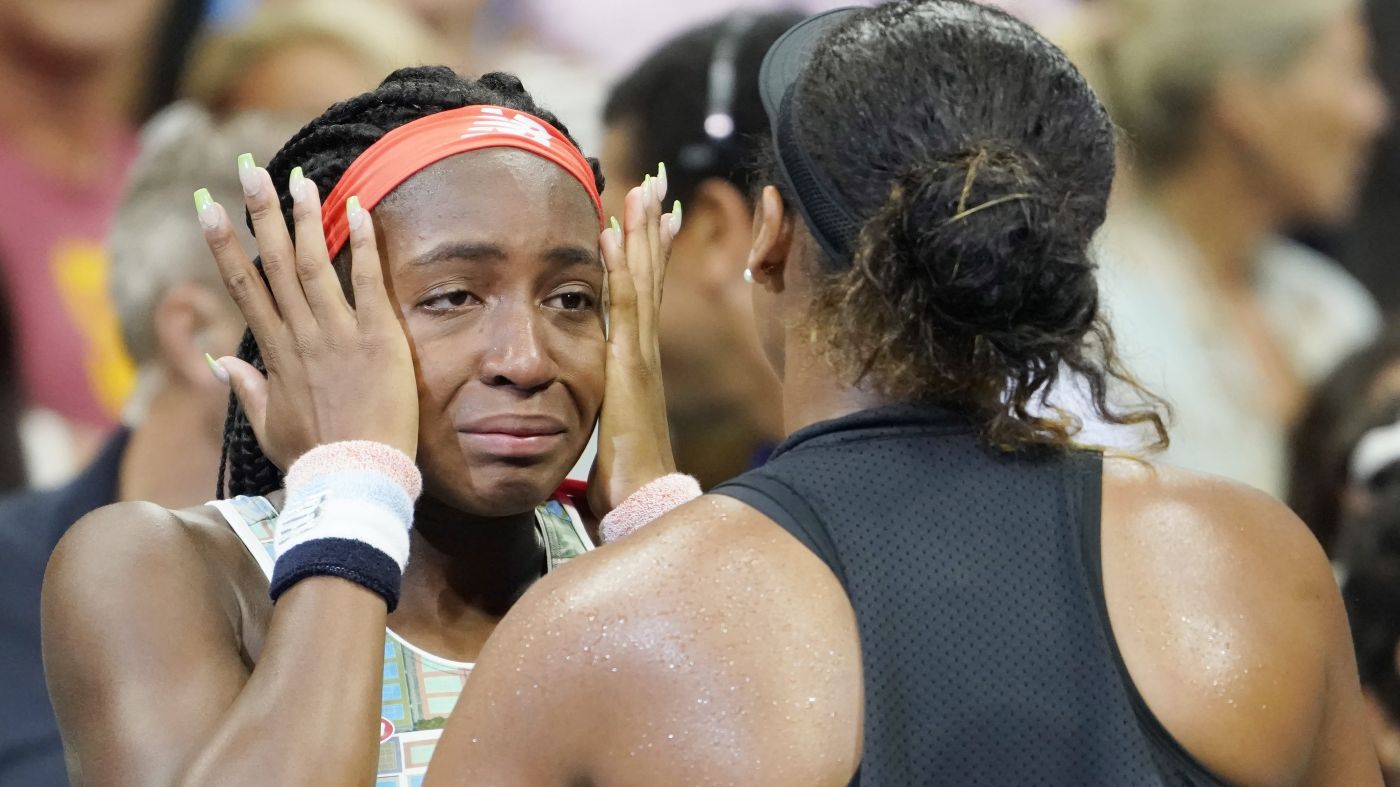 She could not have been more wrong.

The more than 14,000 people lucky enough to fill Armstrong Stadium for a doubles match — a doubles match — got a chance to see Gauff and her partner, Caty McNally, defeat the No. 9-seeded team of Kveta Peschke and Nicole Melichar, 6-3, 7-6 (9), to advance to the third round of the US Open.

No disrespect to McNally, Peschke or Melichar, but the crowd largely came to see Gauff, as Coco-mania, which launched with her impressive showing at Wimbledon, has reached meteoric levels here at the US Open.

“I love tennis, and I love watching Coco because she has been amazing this year,” said 14-year-old Breanna Campbell, from Frisco, Texas, as she caught a glimpse of Gauff at the practice court. “I play tennis, and with what’s she’s done, I want to be like her.”

While Gauff and McNally were winning their doubles match on Sunday in front of the sellout crowd cheering their every point in the straight-sets win, thousands more flocked to the entrance doors of Armstrong Stadium in an attempt to get inside. The crowd outside, at times appearing on the edge of being unruly, all wanted to be a witness to the new tennis sensation.

“The crowd was unreal,” Gauff said. “I didn’t think there’d be that many people at the match, to be honest.”

A year ago, Gauff and the 17-year-old McNally, who won their first WTA tour event together at last month’s Citi Open, played junior tournaments together. “We played a couple of matches indoors,” said McNally, who lost to Serena Williams in the second round of singles last week. “There was only about 20 people, maybe.”

For Caryn Curry and Sheila Sparks, seeing Gauff has been the highlight of their US Open trip. They came to the practice courts two hours before Gauff’s Saturday session to make sure they got a chance to see her.

“We really didn’t know what opportunity we would have to see her live because we don’t have tickets to Ashe Stadium,” said Curry, who lives in Chicago. “Coming to the US Open is on our bucket list, and the fact that we had a chance to see Coco in some way, shape or form has heightened the excitement.”

Sparks, who lives in Chicago, has always been a fan of the Williams sisters but has taken a liking to Gauff.

“It’s just phenomenal to see someone so young and so elegant,” said Sparks, who lives in Los Angeles. “She’s an amazing extension of the doors that Serena and Venus Williams and Althea Gibson opened before these current group of talented women.”

For Sonal Bhagia, seeing Gauff meant walking up to the stands of several playing courts on the other side of the practice courts. After making her way up to the top row, she was able to secure a spot that allowed her to peer through a chain-link fence to see the practice.

“I’m just learning about her,” Bhagia said. “It’s exciting to see young women doing well and being in a position where they overshadow the men.”

For Yvette Johnson of Washington, D.C., the chance to see Gauff made the trip to the US Open worthwhile after a three-year absence.

“Any chance I can get to see her, I’m there,” Johnson said. “She’s amazing, she’s exciting and she’s the future of tennis. She has parents that are guiding her properly, like Richard Williams did and Tiger Woods’ dad, so I think that’s going to help her be successful.”

After Melissa Glen waited nearly an hour to see Gauff practice, she nearly gave up. But 20 minutes into Gauff’s sessions, a seat opened up, allowing Glen a chance to grab a spot in the next-to-last row of the bleachers.

“It’s refreshing to see someone succeed who is so young,” said Glen, of Ridgefield, Connecticut. “What Coco can continue to do in tennis is like what Tiger did for golf. It just brings a lot more people to the game.”

With their win on Sunday, the team of Gauff and McNally advanced to the third round, where they will play on the Grandstand court on Monday against Ashleigh Barty and Victoria Azarenka. That space seats more than 8,000.

Chances are it will be filled.

“Some people have the ‘it’ factor; Kobe [Bryant] had it and LeBron [James] has it,” said Larry Thomas, a tennis coach in Houston. “The great ones, when the chips are down, have that ‘give me the ball’ attitude.